Nothing good comes out of July. But if I had to play one thing, it would be Fuuraiki 4 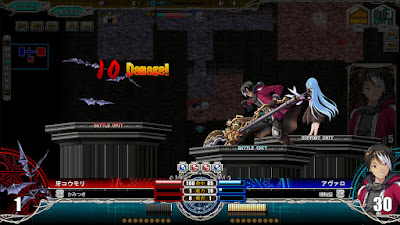 After a great adventure over the giant moving weapon  ‘Gualacuna Fortress’ Avaro finally acquires a workshop he once dreamed of, but fortress can not move on its own anymore with the magic in its core lost. One day a ghost of the fortress appear, Fia calls her "Kuna" and welcomes to the family. However, spirit is constantly worried about magic anomality on the north-eastern border. So our heroes decide to spend honeymoon investigating the source of trouble.
SRPG
2. Fuuraiki 4 風雨来記4  [210708] FOG 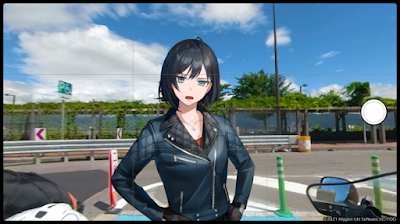 The player is a mid-level reportage writer who participates in “NohiCom,” a reporting competition between magazine publishers, and hunts for stories in Gifu Prefecture.
During the day, you will travel by motorcycle and experience the beauty of nature and the different lifestyles of the people. At night, you will camp and write about the things you saw.
Discover more of Gifu’s charm, write the best articles, and aim to win the competition within the four-week deadline.
Tourist tour adventure is back
3. Fuyu Kiss フユキス  [210721] Giga 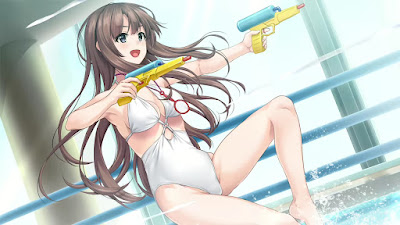 Japan was in the midst of a record setting cold wave.
My city - Uetsuruto - was no exception, as we were beset by day after day of freezing weather.
Then, one night, I received a text from an unknown number.
"Look outside your window! Snow! It's snowing!"
Sure enough, the world outside my window had been transformed into a white wonderland.
"I'm sorry to text you so late. It's just... you were the first person I wanted to tell."
That was the final message they sent me.
I had no idea who the sender was.
Yet I had the strange feeling that, very soon, I might just fall in love.
In a world of snow, a warm and gentle love story is woven.
When seasons are over to put in the title, there are still twelve months to use with Kiss
4. Parquet  [210731] Yuzusoft SOUR 1 2 3 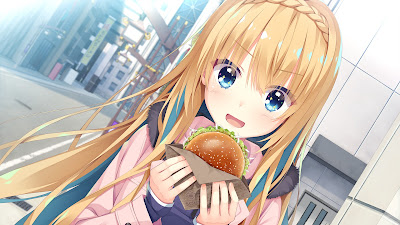 In the near future, a technology called Brain-Machine Interface connects the brain and machines. This technology brings about a new paradigm and opens the gates to the digitization of human memory itself.
From these new discoveries, "he" is born. An illegal experiment mixes thousands of memories into a single vessel, creating a wholly new being.
Having only the memories of others, doubts about who he truly is start arising in his mind, until he gathers the courage to go out into the world in search of his true self.
As he steps into the real world, he meets two girls, Kido Tsubasa and Ibaraki Rino. Both kind souls whose lives have been touched by unscrupulous BMI experiments, just like him. Learning to live together with their secrets, "he" and "they" will bring about big changes...
Game is released in English and has English reviews
5. Asagao wa Ai o Shiranai. アサガオは夜を識らない。  [210730] MELLOW 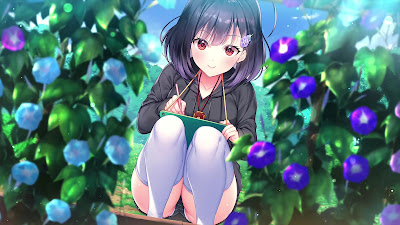 Main character travels on a train with a remote island as a destination place. That dream of a rainy night will come true...
Middle price work that tries to create a mysterious atmosphere, but gets boring from the middle unless you can appreciate all the beauty of living creature death nonsense. Not a plotge for sure.
6. Shin Hayarigami 3 真 流行り神3  [210729] Nippon Ichi Software 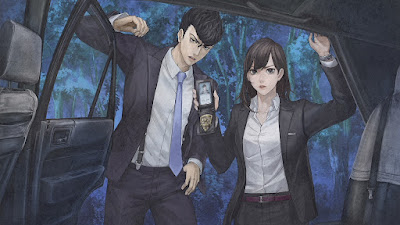 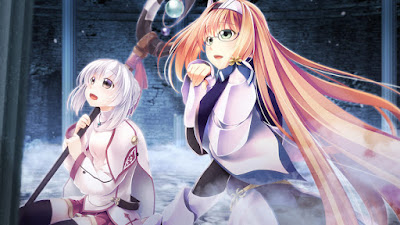 Get ready to be reborn into a fantasy world, just seconds before the last boss' demise!
You have no memory of your adventure or heroic strength, and yet the people celebrate you as the Hero who saved the realm. This is just your typical adventure game filled with heroes and heroines... except it starts where games usually end.
Game is released in English and has English reviews
8. Houkago⇒Education! ~Sensei to Hajimeru Miwaku no Lesson~  放課後⇒エデュケーション！～先生とはじめる魅惑のレッスン～  [210721] Escu:de Rurinofune (lapislazuli ship) Academy ––
The school where ambitious young students from all over the country gather day after day in the pursuit of knowledge. It's not a boys school per se, however, the student body consists of 100% males, which makes people refer to it as the "aromantic stone ship."
However, lately the principal has been employing more professional women teachers, who are adept in many fields. Those women have been enjoying reverence and popularity as though they were idols by the male student body.
Our protagonist, Arato Kanata, had been moving away from his prestigious hometown and came to Japan and attends Rurinofune Academy as an off-season transfer student.
In order to have a chance at graduation, he has to take some after-school remedial classes for several months. And the girls responsible for these classes are those cherished girls that all the students yearn for.
Being closer to these teachers than the average student, the character of Kanata's relationship with them soon turns intimate...
SIM
9. Yuukyuu no Campanella 悠久のカンパネラ [210730] Windmill Oasis 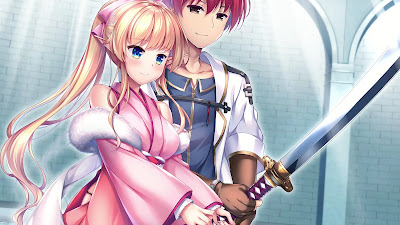 The kingdom of Atlastia --
North of the world, there's a group of flying islands - this is where the flying continent of Atlastia and its well-known titular kingdom is located. And not only in Atlastia itself - everywhere across the flying islands - the legend of a particular clan is being passed down from generation to generation.
The legendary heroes clan, "Oasis."
Even though they had saved the continent 100 years ago, their sub-commander Chester Silver has laid dormant for ages now. Now, about 100 years have passed and as Chester wakes up from his long arduous slumber he...
...bears witness to the Idol Princess Claria singing her songs to entertain the public. He wakes up as being one of her supporters cheering her on.
And then --
Spurred on by Claria's admiration for the Heroes Clan "Oasis," Chester Silver gathers his former companions, the twin sisters Angelique and Juliet Gilbert, to embark on a new adventure.
At the same time, a mysterious woman who had woken up from her slumber in the crypt of a ruin, Colette says:
"Now that Colette has woken up, this world's fate is sealed."
Strange incidents begin to occur in the world and with the causality of 100 years past intertwining, the adventure Chester seeks is closer than he thinks.
For those who liked prequels