Jump to content
Two releases... just wow. And one is a gameplay title, so guess who wins - Meikei no Lupercalia , which is also a masterpiece.
1. Senkou no Clarias 閃鋼のクラリアス [210226] Team Baldrhead 1 2 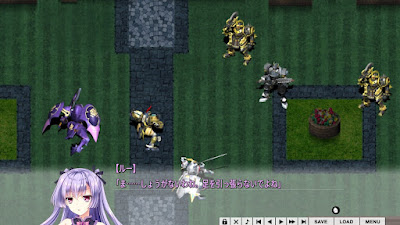 While on a field trip to London, Nagai Towa gets lost in the city at night.
After he finally makes it to the train station, he finds a mysterious egg.
"What's with this egg? It's really pretty..."
And then right before his eyes, the egg shatters into pieces. His consciousness fades away...
When he comes to his senses, he finds himself standing in an unfamiliar place. It has the appearance of London, but it's a completely different world.
----Royal Capital Salem
There, he meets a girl named Shelly Linestad who is searching for her father who has been accused of murdering the king.
For the sake of returning to his original world and helping the girl who helped him...
He continues pressing on while wearing the Dragon Armor "Clarias", and at the same time gets ever closer to the truth hidden within this new world.
Beat 'em UP
2. Meikei no Lupercalia 冥契のルペルカリア [210226] Uguisu Kagura 1 2 3 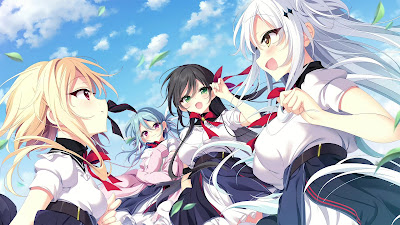 "There is only one method to equal gods.
It's to become cruel like gods."
Salvador Dali
A prodigious young actress passed away.
At the end of the magnificent play, the highly esteemed girl found a kernel of truth.
Years pass and spring arrives.
In a freshman welcoming party, a certain program will catch the protagonist Sewa Tamaki's eye.
"Welcome to the Lampyris Troupe!"
A guerilla public performance that would be held by a student theatre group.
The protagonist, once debuted as a child prodigy but now left the path of the theatre arts, indulged in nostalgic memories.
"Let's peek in for a bit"
An irrational story born out of curiosity.
Once the curtain for the tale unfolds, it probably won't stop until the very end.
An airhead girl who loves to act, Kakehashi Kohaku.
Theatre arts' poster child, Nionomiya Meguri.
A net idol currently rising in popularity, Amatsuka Nanana.
The girl working behind-the-scenes who gave up acting, Hakadori Rize.
"Let's make it the best play!"
They would perform a public play based on Norse mythology entitled "Philia".
While bathed under the dazzling spotlight, they who dance the tale are beautiful.
The white hair with red eyes leads the way.
To a convenient conclusion for you.
There are English reviews
BLOCKED