No masterpieces as usual. Einstein Yori Ai o Komete is better than others. 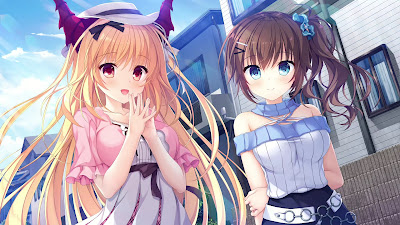 The main character is a sprightly young NEET who lives in a dilapidated dojo. He and his family are known martial artists, but his father is a deadbeat; a gambling drunkard constantly getting into fights. Meanwhile, he refuses to work, claiming it to be part of his training. Ichinose Suzuka from the neighboring sweets shop often takes care of him.
One day, he picks up a strange, lizard-like being on the side of the road. At first, he planned to cook it, but Suzuka vetoes the idea. Instead, he names it "Haru" and keeps it as a pet. As he grows fonder of Haru, dragonkin suddenly invade from space!
The dragons are about to take over earth, but Haru suddenly transforms from a lizard into a beautiful lady and persuades them! Wouldn't you know it -- Haru was actually the princess of the dragons!
Mankind somehow avoids total subjugation, but now Haru joins the protagonist in his NEET lifestyle. Meanwhile, Suzuka is on pins and needles as they try to avoid the spotlight. Even now, dragons can be spotted here and there around town. Here begins their bizarre, yet down to earth daily life.
Game is localized and has English reviews
2. Kirakira Stars Idol Project Reika [201029] sushi_soft 1 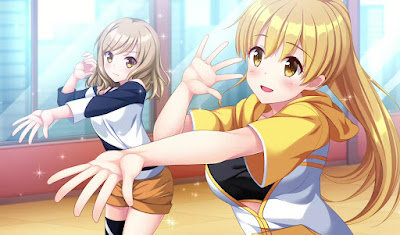 After experiencing joint lessons with DivaFes and Uesugi Produce. Ai and Nobuyuki have taken another step forward as idol producers. What awaits them at the time when they thought their normal life was about to start again is an encounter with new idols.
'I'll take care of you from now on as an idol candidate!
Nice to meet you, juniors. It's nice to meet you.
A dormant senior idol and a junior idol candidate.
Will they bring a new wind to ODA?
Game is released in English and has English reviews
3. Einstein Yori Ai o Komete アインシュタインより愛を込めて [201030] GLOVETY 1 2 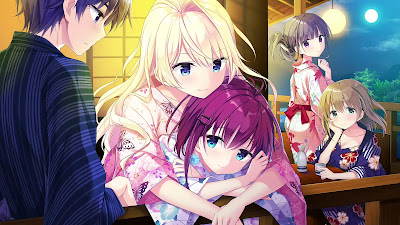 They say I'm a guy who doesn't understand human emotions at all.
But really, who actually does?
The start of summer:
Aiuchi Shuuta, a second year at Hokumakidai Academy, is the smartest student in his grade. However, he loses this title for the first time.
A girl, Arimura Romi, climbed her way to the top, while continuing to publish cutting-edge research papers online. She's a very mysterious girl: the textbook definition of an enigma.
And thus, Shuuta seeks Romi's help on a certain matter.
"Aiuchi Shuuta" and "Arimura Romi"
It all started from the meeting of these two geniuses-- a distant summer adventure begins.
There are English reviews
4. Sis△Camp シス△キャン [201030] Onomatope*Raspberry 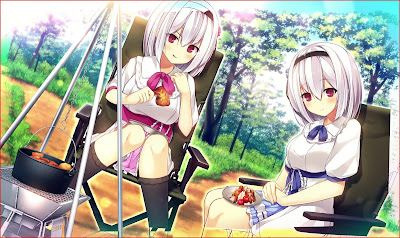 My hobby is solo camping.
Lately, I've been into staying in the car.
The company I was working for went bankrupt and I had to take a break for a while.
During this period of time, I was able to fully enjoy the life of camping, which I hadn't been able to do due to my busy schedule.
I had a lot of fun camping with my sisters who were worried about me after I lost my job.
Meet my twin sisters and sister's friends who met at solo camp: ......
It's the start of the flirting outdoor life that winds up in such a life recharging time.
Moege