Jump to content
Root Film is nowhere near masterpiece, but I'd still rate it higher than others this month.
1. Kanojo ga Aitsu de, Ore wa Dare!? 彼女がアイツで、俺はだれ!? [200731] Praline 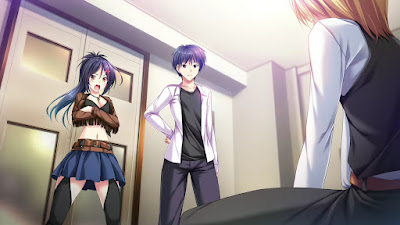 I (Kazuharu Shimozono) is an ordinary boy student with no special abilities.
One day, I was called to the student council room by the school broadcast.
Waiting there was Oria Kirishima, the student council president, and as soon as she and I were alone with each other, the student council president said, "I was Nobunaga in my previous life! I will attack you!"
I didn't know what was happening but I knew I was in danger and I ran out of the room. Then an outright gyaru, Karan Yuki, appears, holding my hand and saying, "Are you okay?" and took me to the rooftop. With her hands on my face, she looked into my eyes and said "It looks like we finally met...?" and she began to take off her clothes.
Apparently, they have memories of the past life... but I have no idea what it means.
And, I think it's normal, but I have no memories of my childhood, let alone my previous life.
Low price game with story being short and indefinite. It's a gag game with constant flashes from the past lives with the color changing only by the end of individual routes. Only two heroines, but harem is an option.
2. Root Film ルートフィルム [200730] Kadokawa Games 1 2 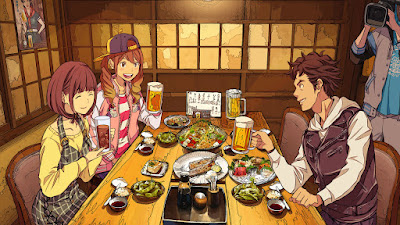 Spirited young filmmaker Rintarou Yagumo is involved in a new TV project—a mystery drama production set in Shimane that also served as tourism promotion for the prefecture. It has been 10 years since the original pilot was shot, and while the project was discontinued for unknown reasons, plans for a revival seems to be in place. One of the characteristics of this project is that it is a competition between three filmmakers, and each filmmaker shoots using a different actress as the protagonist. Yagumo is excited to learn that the other two filmmakers are famous directors. Before long, Yagumo and the staff members head off to go pre-location scouting, but a murder occurs at their destination…
Yagumo and Riho are the two protagonists. As you progress through each of their stories and unravel records of the past, you will witness the truth… Root Film is a mystery title developed with realistic and beautiful backgrounds from data that was carefully gathered of Shimane Prefecture, which is where the story is set. Enjoy the deep story written by Hifumi Kouno, which points to the catharsis of art and madness in the darkness of today’s internet society.
Game is localized and has English reviews
3. Yoru, Tomosu 夜、灯す [200730] Nippon Ichi Software 1 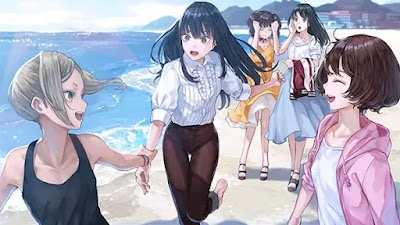 Taisho era.
This is the story of a boarding school for young ladies that stands quietly on the outskirts of town. The students there are “caged birds,” restricted from leaving the school grounds even on days off.
The girls shared everything, from their loneliness and joy to their teenage melancholy. Eventually they created the “Pseudo Sisters” system—a special relationship in which two girls would exchange each other’s most valued possessions and form a sister contract until graduation.
But one day, two girls who formed a contract to become “Pseudo Sisters” committed a double suicide. The two died holding the “valued possessions” said to be a symbol of the bond between them, but the teachers returned those “symbols” to their original owners and treated it as an accidental death.
If we die, we can stay together forever. The wishes of these two girls who committed suicide were trampled so easily.
Console Yuri Taishou horror is as far from my tastes as possible
4. White Wings ホワイトウィングス [200717] Pureworks 1 2 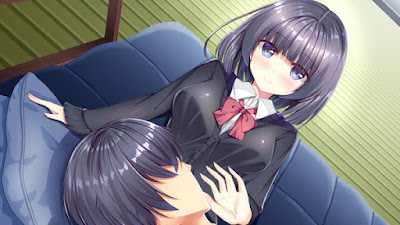 This is an agonizing wintertime love song.
At Shoba Senior Middle School in Shizuoka Prefecture, the stress and tension of preparing for Shoba Senior Middle School entrance examinations affects those in their later teenage years. They might encounter a life of separation from each other. Some of them may meet again, while others may never see other again. Secrets that are covered by rapidly falling snow are interwoven with a sorrowful rhythm. Broken families, Experiences of bullying, Tears concealed by smiles. Is the taste of first love sweet or bitter? Who will be redeemed, and who will enter the abyss? Attracted, estranged, separated, hurt. Young men and women, three encounters, each carries sorrowful secrets in the cold winter. Embracing each other and absorbing the earth’s final, small bit of warmth.
During the last winter before Shoba Senior Middle School entrance examinations, Shoba Senior Middle School welcomed a pretty transfer student named Moe Miyazawa. She was assigned to sit next to Hiro Fujiwara, and had a heavenly appearance as well as an unapproachable air. She looked like an ice-cold snowflake and indifferently floated into Hiro Fujiwara’s heart. It seemed like a romantic beginning. Moe Miyazawa looked pretty and had outstanding grades, but was very cold and detached. Her classmates did not welcome her, and did not develop close relationships with her. However, her talent and beauty touched Hiro Fujiwara, whose family had already been broken. Furthermore, she also seemed to regard Hiro Fujiwara as someone unique. He couldn’t help but feel moved by Moe Miyazawa, but it was just that when he tried to get close to her, he found that it was really too difficult to get close to this girl.
At the same time, Reika Fukihara, a charming girl with a warmhearted smile, also had a chance encounter with Hiro Fujiwara.
She was outgoing and magnanimous, had a warm personality, and was also a bit bizarre, which gave Hiro Fujiwara a feeling he had never previously experienced. Hiro Fujiwara was obviously attracted to Moe Miyazawa, while Reika Fukihara’s vitality and uninhibited personality as well as her enthusiasm may have caused other people to see her as stubborn and unyielding. However, Hiro Fujiwara thought that Reika Fukihara was just like an angel opening up her wings in front of him. Reika Fukihara’s warmth and radiance sparked enthusiasm and hope within Hiro Fujiwara, who seemed to treat others with kindness, but actually was afraid of interacting with others. Reika Fukihara was too enticing for him. He couldn’t hold himself back, and was fatally attracted to her.
On one side was the unapproachable ice-cold beauty, and on the other was the unfathomable elfin girl.
His heart drifted between these two girls and remained indecisive.
How could he choose between them and make sure that it was the right decision?
Game is localized and has English reviews
BLOCKED