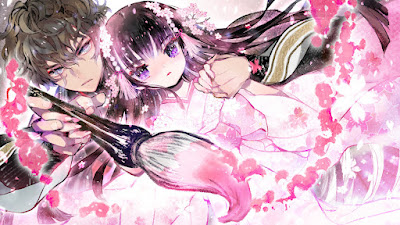 A girl finds herself in a dark and unfamiliar forest when a monster appears out of nowhere and attacks. A mysterious boy, wielding a brush as if it were a sword, appears just in time to cut down the monster.
He calls himself Kurofude, and he addresses the girl in a familiar tone as Shirohime. Yet she does not recognize him or the name he calls her. She has lost all of her memories.
According to Kurofude, they are in the land of Adabana, a realm of illustrated books. Their tales are like dreams; no matter how deeply one immerses oneself in them, once one wakes up, they are gone. Thus the name Adabana—a name given to flowers that will never bear fruit. Their duty is to travel through story realms and look for signs of distortions in the tales.
Shirohime, a girl with seemingly all the agency of a doll, accepts this explanation and opens a book handed to her. The title: Hanasaka Jiisan. As she opens the dilapidated illustrated book with its pages riddled with worm-eaten holes, the pages glow brightly and whisk the girl and boy away to a fairy tale realm...
Game is released in English and has English reviews
2. ATRI -My Dear Moments- [200618] Frontwing 1 2 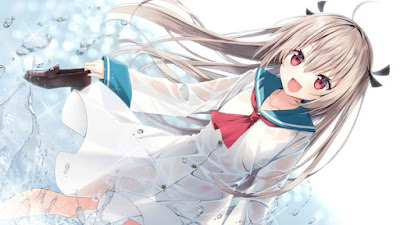 In the near future, a sudden and unexplained sea rise has left much of human civilization underwater.
Ikaruga Natsuki, a boy who lost his mother and his leg in an accident some years earlier, returns disillusioned from a harsh life in the big city to find his old countryside home half-swallowed by the sea.
Left without a family, all he has to his name is the ship and submarine left to him by his oceanologist grandmother, and her debts.
His only hope to restore the dreams for the future that he has lost is to take up an opportunity presented to him by the suspicious debt collector Catherine. They set sail to search the sunken ruins of his grandmother's laboratory in order to find a treasure rumor says she left there.
But what they find is not riches or jewels; it is a strange girl lying asleep in a coffin at the bottom of the sea.
Atri.
Atri is a robot, but her appearance and her wealth of emotions would fool anyone into think she's a living, breathing human being. In gratitude for being salvaged, she makes a declaration to Natsuki.
"I want to fulfill my master's final order. Until I do, I'll be your leg!"
In a little town slowly being enveloped by the ocean, an unforgettable summer is about to begin for this boy and this mysterious robot girl...
Game is released in English and has English reviews
3. Anabel Maid Garden アナベル・メイドガーデン [200626] Barista Lab 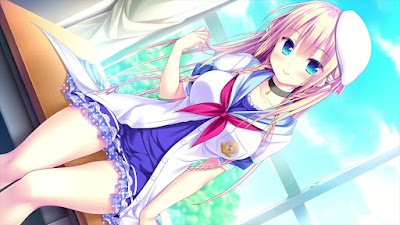 My childhood friend is my fiancée and my… maid!?
It was the day before summer break. On that day, the protagonist, Kuzuhara Kei, was given an astonishing instruction from his father:
“You have a fiancée. Go greet her.”
Kei, still harboring unrequited feelings for his childhood friend Annabel , proceeded to the meeting place planning to decline the marriage proposal. But waiting there for him was… Annabel in maid clothes.
“I’m your fiancée, and from today on you’re my master♪”
And so, this summer break Kei began living together with Annabel.
The girl that was his childhood friend, close friend, and unrequited love had become his childhood friend, close friend, fiancée, and… maid!
Yay, more vanilla nukige
4. Kirakira Stars Idol Project Nagisa [200619] sushi_soft 1 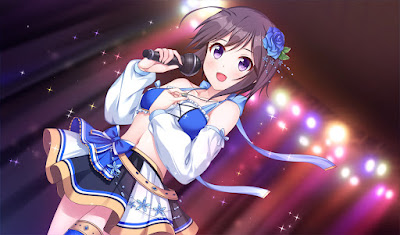 "You're the idol you used to sing to on stage?"
After their first live performance, Nobuyuki and Ai have a fateful encounter with the top idol, Nagisa Yukihiro.
Six months later.
With Miwako's kindness, Nobuyuki and his friends attend a joint lesson with Uesugi Productions, a long-established entertainment production company.
While getting involved with Nagisa through joint lessons, it is decided that an idol festival - DivaFes - will be held, but...
"What are you going to do? What do you want to do as an idol?"
"I want to join in--no, I want to try!"
DivaFes in a joint lesson, and Ai takes on the trial to take the next step as an idol.
Yay, more idols. Also in English.
5. Nekotsuku, Sakura. ねこツク、さくら。 [200626] Lump of Sugar 1 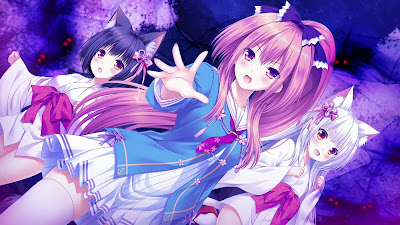 Gods (ghosts) reside in this school...
Kuji Academy's building has a vast history and boasts its vast facilities and a huge number of students.
One spring day, main character Ootsuki witnessed an odd event while helping with the entrance ceremony: Cat ears grew from the head of Ayano, a female freshman!
Another girl with cat ears appeared to apologize to the two. She introduced herself as Tsuki, the "twin god" younger sister, a guardian deity rumored to protect the school.
Tsuki explained, "My older sister possessed Ayano. That's why she grew cat ears!"
The "twin gods" true identity is that of two cat ghosts that haunt the academy. They also seem unable to get out of the school grounds.
Aki, the older sister, got tired of it. She planned to possess Ayano as a means to get out of school.
However, even while possessing Ayano, Aki is unable to leave! As Aki's wishes cannot be fulfilled, Ayano remains possessed.
Thus, Ootsuki's new school year starts as he tries to find a method to grant Aki's wish with the help of his good friend Renka and the occultism enthusiast Yayoi.
There is an English review
6. Ore wa Hime Bushou o Haramasetai! オレは姫武将を孕ませたい！ [200626] Momoiro Pocket 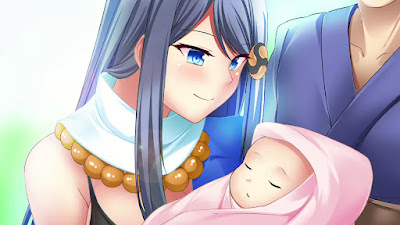 Main character went to museum on a trip and was lured by a painting. He regained consciousness during Sengoku Era. A dignified girl with a sword was standing above him. She called herself Oda Nobunaga. Main character tried to find benefit even from this turmoil era.
Title basically says "I want to impregnate warrior princess", and that's basically it, don't expect a story
7. Qualia ~Yakusoku no Kiseki~ QUALIA ～約束の軌跡～ [200626] PURESIS 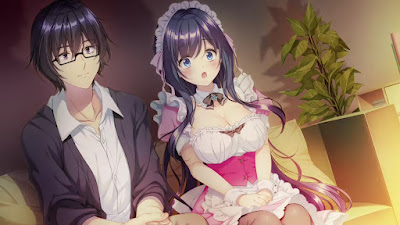 The AI-equipped android “Machina” was the world’s first to pass the Turing test.
She was an extremely sophisticated android that could be mistaken for an actual human, however it seemed that she still had immature areas that could be developed further.
The protagonist and developer Hiro, along with the co-developer Karen, prototype robot Proto, and Machina—who started working as Hiro’s maid—lived their daily lives which intermingle with one another.
As Machina matured day by day, Hiro began to grow special feelings for her…
An android heroine and a brilliant but lonely protagonist—
the two mutually struggle to grow, defy fate, and attain happiness.
This is a story of pure love and heartfelt bonds.
Need moar vanilla nukige
8. Maokatsu! ~Maou to Yuusha no Idol Seikatsu~ まおかつ！ ～魔王と勇者のアイドル生活～ [200626] Wonder Fool 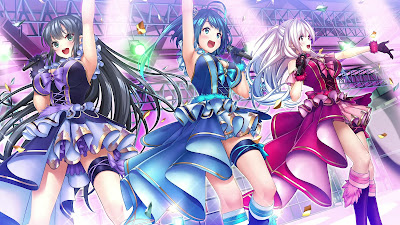 Main character was summoned to another world as a hero to defeat the Demon King. But instead he decides to make Demon King top idol and spread new entertainment in this different world!
Rough production and story as well as idol theme don't leave this game a chance.
BLOCKED