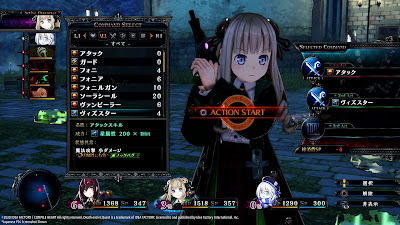 After killing her abusive father and being decided that it was in self defense, Mai a young gloomy girl is sent to a women dormitory called “Wardsworth” in the city of Liz Shoala.
There she hopes to find her lost sister and her reason to live Sanae. But soon her hopes are crushed by reality, not only does she not find her but also it seems that she was never there to begin with and nobody knows about her existence.
That's when she mets Ninomiya Shiina and her story begins...
RPG is localized and has English reviews
2. Kirakira Stars Idol Project Ai [200217] sushi_soft 1 2 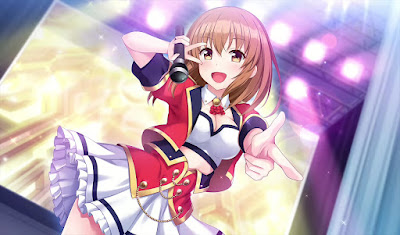 Idol Sengoku era.
Many idols were born, competed, and many productions were in a state of disorder, and people called it so.
The main character " Nobuyuki Kinoshita " who was driven out of the employee dormitory of "ODA talent agency" for a certain reason, and was at a loss, had a chance reunion with his childhood friend " Ai Amane ".
Through Nobuyuki, who was to meet and stay, love who has learned that ODA talent agency stakes due to lack of idols makes a single determination.
"I'll be an idol singer!"
For Nobuyuki, in order to change oneself above all, love aims to be an idol singer-
Game is released in English and has English reviews
3. TrymenT -Ima o Kaetai to Negau Anata e- TrymenT ―今を変えたいと願うあなたへ― [200220] RASK 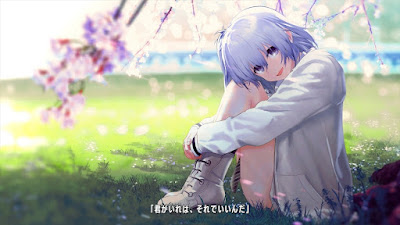 New season, new place, new school life. On a faraway island there are no shops or public spaces. Another newcomer in protagonist's class is a girl in a wheelchair. Each of them wants to start life anew here.
Unfinished release
4. Haji Kano ~Kimi ga Iru Heya~ はじカノ～君がいる部屋～ [200228] Caramel Box Ichigo-aji 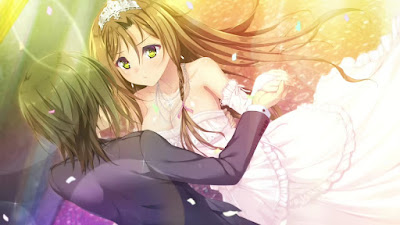 It’s been two years since Naoki became a working adult. There hasn’t been any particularly good or bad things; it’s been extremely normal and peaceful. However, he was lacking excitement in his life.
With the arrival of spring, he rapidly got closer to three girls: the helpful but naive Mai, his cheeky tomboy imouto Yuana, and his boss Misaki, who seemed outside of his league. A trivial incident one day leads to him falling in love with one of them, and soon they begin living together, bringing moments of happiness that they have not felt until now.
Each route can be finished in one hour and is is mostly a series of H events
5. HaremKingdom ハーレムキングダム [200228] Smee 1 2 3 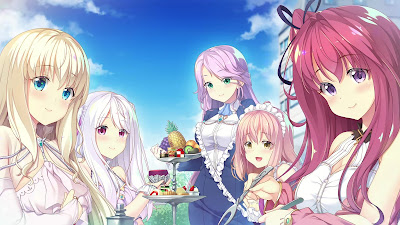 One holiday, the protagonist, whose creed in life was "enjoy yourself", but who also had traumatic experiences with both romance and women, was once again being chided by his childhood friend, Hikari, for not trying to get a girlfriend.
She was worried that if this continued then he would become a failure of a human being. But he just wanted to spend his time enjoying his hobbies and ran away from relationships by any means necessary.
However, a wrench would get thrown into his plans when suddenly a bright light enveloped them both and they were transported to another world. When they opened their eyes, they were looking at a major port city. While they were still baffled by their new surroundings, a woman, who identified herself as the Prime Minister of the town, told him that he was the "last king" of the kingdom.
Not taking no for an answer, the people forced the position of king onto the protagonist. Moreover, the first romance of his life was to come about as a result of his kingly duty to "build a harem, father heirs, and stimulate the growth of the kingdom."
He was forced to have a harem. In fact, it had already been arranged that the princess from the neighboring kingdom, Sophia, and Charlone, the beautiful daughter of a noble family, would be part of this harem. Day by day, more and more beautiful girls ended up surrounding the protagonist, much to his dismay. Seeing him surrounded by girls, Hikari began to fear she might lose him.
"I just want a normal romance!"
And so the curtain draws on the tale of our protagonist's chaotic harem romance!
Game is localized and has English reviews
6. Full Kiss S フルキスS  [200228] Giga 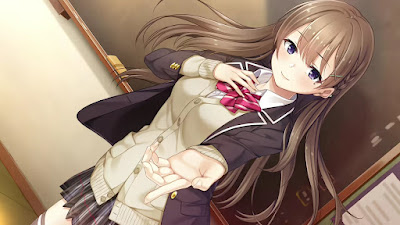 Takuya is always positive, but takes time to make the first step since he is too cautious and thinks too much. Entering his second year, he decides to try to get a girlfriend and becomes closer to his classmates Hana and Yuu.
Not again
7. Oshi no Love yori Koi no Love 推しのラブより恋のラブ [200228] SukeraSomero 1 2 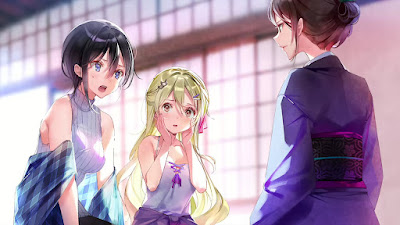 "—I wanna marry you."
Those simple words set in motion a ♀ yuri ♀ game of cat and mouse!
"As a child, there was a love story that captivated me.
In the story, an alien came down from space and extravagantly proclaimed her love to an Earthling man.
I never imagined that, decades later, I'd be living out that story for myself..."
Akuru Hayahoshi is an unlucky otaku office worker who just can't pull her husbando in the gacha game she's obsessed with, no matter how much money she throws at it.
Until one day, she runs into the garishly gorgeous and freakishly lucky Ren Furutachi.
A series of misunderstandings lead to a proposal, and Ren starts to full-on pursue Akuru.
One thing leads to another, and in order to bring her husbando home, she ends up... bringing Ren home?!
Now they're sharing a house... and a bed?!
To unpresuming Akuru this cool, lady-loving girl might as well be an alien!
Akuru wants her husbando, and Ren wants Akuru as her waifu...
Are these two ever gonna end up together?!
Tune in to this slapstick yuri comedy to find out!
Yuri is localized and has English reviews
8. Marco to Ginga Ryuu マルコと銀河竜 [200228] TOKYOTOON 1 2 3 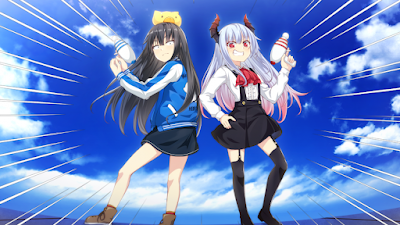 Marco, an orphan with missing memories, and Arco, a dragon who rules the galaxy, were hunting for treasure in space! On one of their adventures, Marco was given a clue to the whereabouts of her mother.
Their next stop, her birthplace - Earth!
Game is localized and has English reviews
9. Love - Destination LOVE・デスティネーション [200228] JADE 1 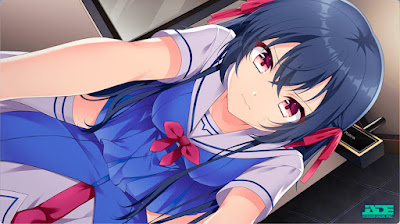 With no social status, money or love, Ryou has reached a BAD END. However, the ‘heavenly voice’ that had mistakenly guided him to this BAD ROUTE brought him back to the branch point which led to another possible future.
He didn’t choose the option when he was a student since he didn’t want to be labelled as a pervert, but now given the opportunity again, he enrolled in the former girls’ school where there were no other male students. Now he just needed to choose one of them and enjoy the HAPPY ROUTE… or so he thought. His ‘memories of the future’ hint that there were still many BAD END which he must avoid!
There is an English review
BLOCKED