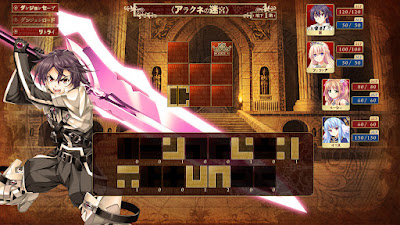 Kyou’s adoptive parents passed away suddenly in an accident, leaving him at a loss at what to do. Then he was summoned to a parallel world, where he was greeted by the person who summoned him, the holy princess Felicia.
“Welcome back, Hero. You are truly the descendant of the dragon, the Hero who I had been waiting all this time for…!”
This parallel world of Altair was once protected by a goddess and her follower divine dragon. However, they lost their lives in a war with the god Nyx from the world of Abyss. The citizens of Altair seeked power to oppose the invading forces, so a summoning ritual was performed to bring back the Hero from Earth.
“We need you. Will you fight alongside me…?”
Kyou did not see himself as a Hero, but he could not refuse to help the princess. However, he lacked any battle knowledge, so he entered an explorer training school with her. As if by fate, other girls joined them, harboring secrets of their own. He finally found the place where he always yearned for: a peaceful life full of warm smiles and happiness.
Before long, these fine days and the whole world would be under threat. Will their bonds of friendship protect them and will they be successful in saving the world?
RPG
2. ChuSingura 46+1 Wacchi to Onii-chan no Love Love Nagaya Seikatsu ChuSingura46+1 わっちとお兄ちゃんのラブラブ長屋生活 [191129] Prekano 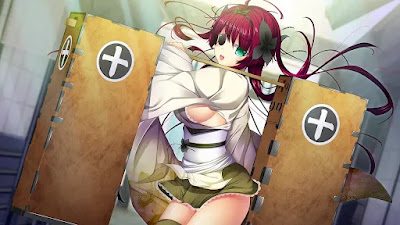 Shinpachirou failed to stop the raid of the forty-seven ronin and returned to Naoto on the verge of death. Her injuries healed as they spent a quiet life together. As spring arrived, he asked if she would like to live in Edo, to which she readily agreed. However, they were not samurai but rather ronin, and without money, they have no jobs. Still, they believed that they’ll be able to figure things out when they got there.They found a place in a cheap longhouse and she explained to him the various lifestyles and customs of the Edo period, much of which was a still a commonplace in the present age. Their loving cohabitation true story begins now.
So now Prekano wants to ruin other brands' games. Impotent.
3. Shiraha Kirameku Koi Shirabe 白刃きらめく恋しらべ [191129] CRYSTALiA 1 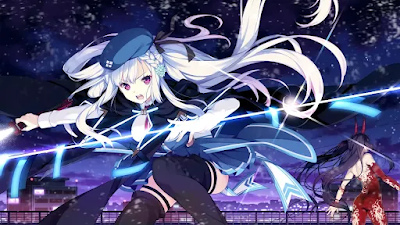 Ayato is an exorcist who works for the government. This time his mission is to investigate and destroy a supernatural object which had been brought into the sword arts school Murakumo Gakuen. With the help of his team members Hime and Ruri, he traced its location to Matsurika, the sole daughter of the head of the Swordbearing Defence Group. They were successful in destroying the object, but as a result, Matsurika became the initiator of the Spiritual Calamity. To teach her skills to fight against spirits, Ayato became a temporary mentor to her.
“No matter what, I want to stand by your side…”
There is an English review
4. Chaos Dominas カオスドミナス [191129] Astronauts: Sirius 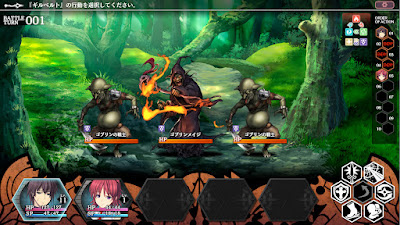 In the past, this island was a fertile and peaceful kingdom ruled by a royal family. The coat of arms was carved in the likeness of dragons and angels, the protectors of the kingdom. The kingdom's history was said to span several thousand years, the faith of the denizens in the reigning king and queen strong and the entire island enjoyed the embrace of peace.
However over a decade ago, demons suddenly appeared and attacked the kingdom. The Knightly chapters were annihilated by the demons' powerful magic. The King and Queen were killed and the capital was felled by flames in just one night. The archdemon who attacked the kingdom styled herself the "Progenitor Demon".
The archdemon proclaimed the island would be ruled by her loyal subordinates, the five "Witches".
Now, the island is under the witches' control. The five witches are beings possessing great power, the island's denizens are cowed by the witches' intimidating powers. The witches have ruled for over a decade, but none of them age nor weaken. If anything their powers continue to grow. People think that making a contract with the Witches and the demons would allow one to gain eternal life and magic powers. Those who opposed these beings who were effectively demons found their numbers dwindling, until the island's denizens resigned themselves to the witches' cruel reign.
Gilbert, a man who hunts demons for a living yet has command over demonic powers, ventures forth onto
Regulus island to hunt the demons who have possessed the Five Witches as well as the Archdemon who dominates them.
What fate awaits him...
RPG
5. Docchi no i ga Suki Desu ka? [191129] Hooksoft 1 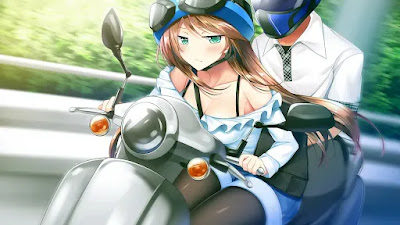 Tadaomi is a second-year student at Gouketsukan private school. Since he’ll be busy preparing for university entrance exams next year, he thought that this summer vacation would be the best time to make memories with his girlfriend. But how would he spend his time together with her…? If you were in his place, would you take the lead or leave it all up to her?
There is an English review