Jump to content
Gratz on hitting the new bottom with just three releases. Raillore no Ryakudatsusha is the only notable one. Micchi notes Ai Kiss and two releases with shifted dates.
1. Ai Kiss アイキス [191025] Giga 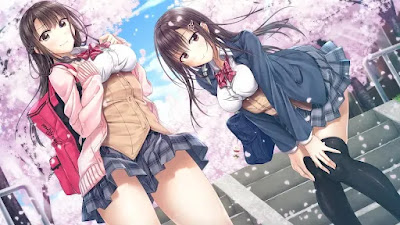 The protagonist, Ikenaga Ren returns after several years away from his hometown, returns to enroll in the Private Arimori Academy, an art school.
On the first day of school, he unexpectedly reunites with the two of his childhood friends with whom he used to paint illustrations in the past, twin Saegusa sisters Hinata and Ayame. While surprised and confused by how they have grown, he takes his time to return their relationship to how it has been in the past.
Furthermore, he meets a third year Kanno Junko who has a very strange theme running for her art, and a second year Sakurada An who is interested in stage design and subculture. Meeting these two makes his daily life speed up even more.
This is the story of how "like" turns into "love"...
This series is beyond redemption
2. Ciconia no Naku Koro ni キコニアのなく頃に [191004] 07th Expansion 1 2 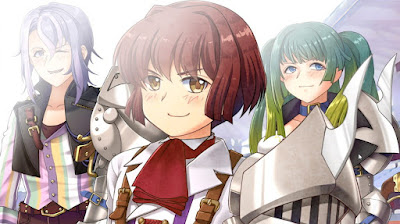 100 years after the world was nearly destroyed during World War III...
Cutting-edge technology saved the planet from a nuclear winter, allowing its population to reach the tens of billions once more.
This eventually gave rise to a new ultimate military technology, the Gauntlet.
People who wore these on their left arms were called Gauntlet Knights, and without carrying any additional equipment, they could use this unrivaled power to fly like fighter planes, fight like aircraft carriers and battleships, and repel all sorts of attacks like tanks.
Children all over the world were fascinated by this new kind of hero.
However, because Gauntlets could only be used by those who had particular talents and underwent special training from a very young age, not even 150,000 people from across the world could control them, even if you counted preschoolers. And the number of people who actually earned the title of Gauntlet Knight was even smaller.
In other words, it was becoming an era where all existing military forces would be obsolete, and where the military might of the world would be measured by the small number of boys and girls who could use Gauntlets...
After competing against each other in the International Battle Standard Festival, a group of Gauntlet Knights from all over the world became fast friends, swearing to support the walls of peace from both sides and prevent another World War from ever occurring. However, World War IV was steadily approaching, like a line of falling dominos...
The young are supposed to be the main characters in their own eras.
But in reality, they're nothing but game pieces lined up on the board of those who are crafty and more experienced.
Must these boys and girls be forced to kill each other as pieces?
Who are the pieces, and who are the players? And who does the players' bidding?
What victory conditions does each person have? Is it peace? War? Annihilation?
Is the foretold tragedy a scheme or a delusion, the future or reality?
No.
There is no need to resist this tragedy.
The job of a game piece is to dance about within the tragedy's grasp.
What are the rules of the game, you ask? How hard is it? That's for us to decide, so it's none of your concern.
All you people need to do is take pieces and get taken yourselves, entertaining us with the range of your emotions.
Are you listening? You don't want to misunderstand your position.
You aren't my opponent. You're merely a piece that exists for my amusement.
In this next game, I won't give you the privilege of being a player!
Incomplete part of the series
3. Raillore no Ryakudatsusha レイルロアの略奪者 [191025] 3rdEye 1 2 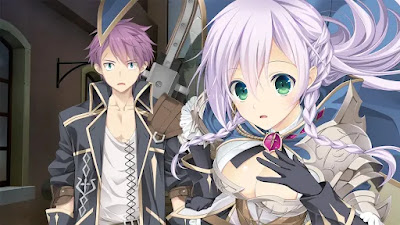 A century or more from now, all humans have acquired superpowers in this new world. These powers are such a commonplace that those who do not possess them are viewed as outcasts. Civilization has greatly declined during this time of change with the human population greatly reduced and nature reclaiming lands which had been developed.
The town of Raillore, with brick dwellings reminiscent of the Middle Ages, is surrounded by forests and rivers and blessed with fertile soil. Since the concept of countries has vanished, it is self-governed by an order of knights who fight crime to protect the townspeople.
One time, it was confirmed that there were people called ‘errors’ with unknown powers known as ‘moments’ which bring about strange phenomena. These events caused fear to the masses and it was up to the order of knights to deal with the situation after it was determined that the errors suddenly appeared due to an illness.
There is an English review
BLOCKED