Jump to content
Foreword: I know I was going to review Schwarzesmarken, and I quite liked the anime version, but I see zero reason to play the game after anime. Ama no Sora Retrospect, on the other hand, seems to have zero English reviews despite the non-trivial setting, thus it fits my choice pattern nicely. 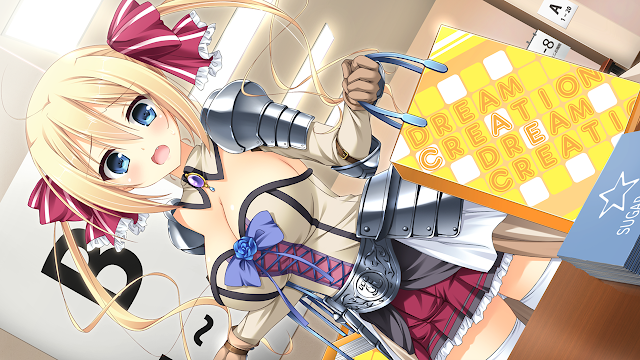 Synopsis:
Amanosora is a small town of around 60,000 people, formed ten years ago from the merger of the villages of Tensei and Sorami. Shikimi attends the local school with the cleaning club leader Himari and his lively kouhai Shinon. There’s a rumour at the school that the door to another world would be opened by pressing a certain sequence of buttons in the elevator at the lighthouse in the Stargazing Commemorative Hall.
One day, the school committee asked the cleaning club to tidy up the interior of the lighthouse. Together with his mysterious book-reading classmate Misumi, they solved the elevator riddle while doing the cleaning. It led to the top floor of the lighthouse, which was a huge fairytale-like library. This was the other world: Remembrance. A small girl named Amahoshi awoke from her slumber and asked for their help in gathering the town’s scattered memories.
Youtube: https://www.youtube.com/watch?v=sU-wNyVG10o&list=PLwGwDxf37gElxanVUMQVC9AYM7z-xo4Rs
Character Design rating: 6/10
Protagonist rating: 6/10
Story rating: 5/10
Game quality: 8/10
Overall rating: 6/10 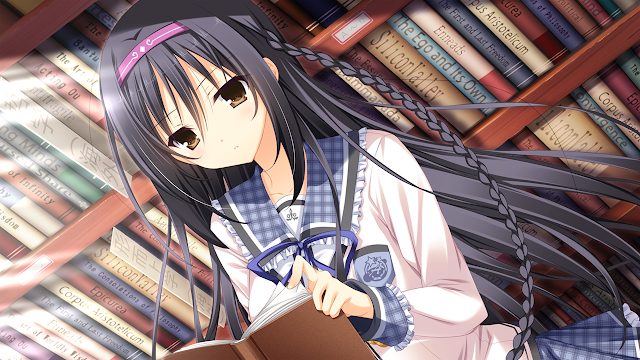 I have mixed feelings about this game. As you see from the scores, game quality is really high, but individual elements weren't to my liking. Game tries to look different from most charage as it diversifies SOL events by including small mystery elements. It often feels like a light novel. See for yourself - first there's the concept that God is a monkey, then wailing of undead is heard, next we're introduced to the library of memories, a short while there's a sudden outburst of public homosexuality (trap - check). Finally, main characters prepare a play for the town festival, where we choose one of four girls, and this is the only choice in the game. During individual routes we basically help the girl by relieving her from shackles of memories, so the pair can proceed to the happy future life. That's basically it. So the whole elaborate setting is not so elaborate in the long run and is needed only as pretext to handle memories directly in individual routes. 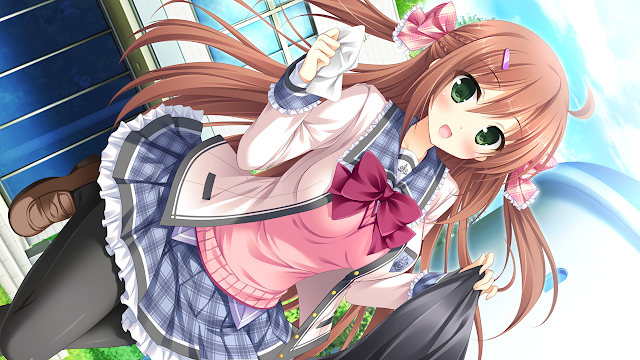 Again, I can't say that girls aren't likeable, but none of them feels right. Shinon is the most human-like from them, but she's a rather normal genki blonde twin-tail booby girl. Amahoshi the goddess is surprisingly plain , and her route is absolutely the worst and overwhelmingly boring. Head of club Himari is super plain and uninteresting. Misumi is a traditional long black hair calm book reader. The contents of routes is quite fresh, but nothing overwhelming dealing with such normal things as twin sister, old friend, hobbies like cooking or game arcade, a bit of time leaps, a bit of mystery. There are two scenario writers, and it feels due to quality shifts and the reason that longest Shinon route is twice as long as shortest Himari route. 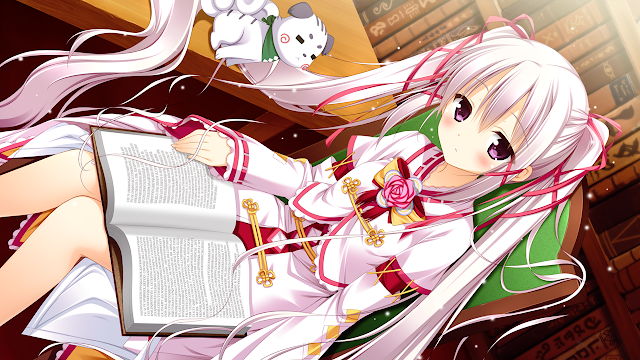 I have one more grudge about this game. It's not serious even though it wants to be a mystery game. Atmosphere is absolutely loose and relaxed at all times. Even when undead start to wail, a freaking parody music begins leaving zero intrigue. There is no such thing as danger here, and mystery actually also dissolves with this feeling. Because there is no grand mystery, there is no climax in any of the routes. As for routes themselves, development is opportunistic at times. I also did not feel sincerity in SOL scenes, did not like the sub-characters like weird teachers and even the way group members communicate. There are no joint character CGs, and group does not feel integral with most communication done in the dialogue with the protagonist , and heroines just make small comments and jokes among each other. 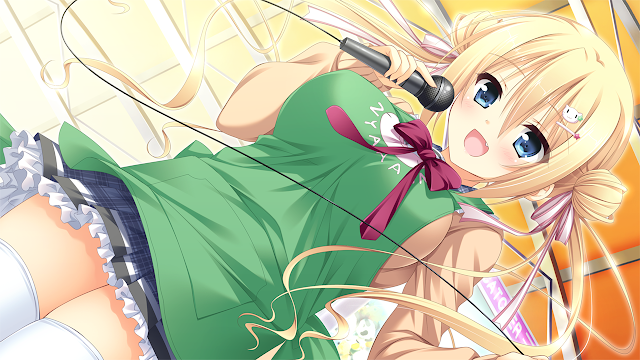 Overall, pretty much every aspect of the game irritates me for some reason. Given the high quality and effort involved it's hard to articulate exact reasons, but even good ingredients don't feel properly cooked together. It's still a good game and can totally see how it can be liked, just not by me. And judging by the fact that it's the last Glace game and still without English reviews, it might be not my individual problem. 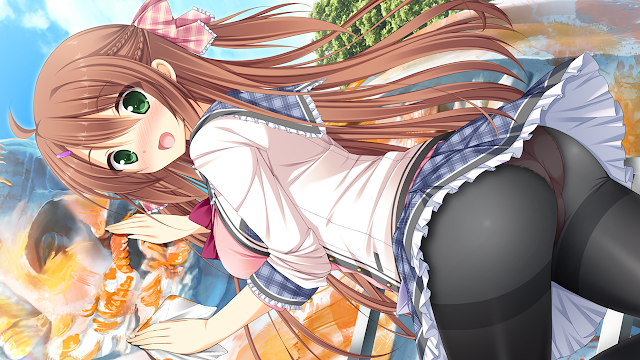