Jump to content
Foreword: Shoujo Shin'iki has some English reviews already, but they tend to focus on negative sides (1 2 3) even though game deserves better. 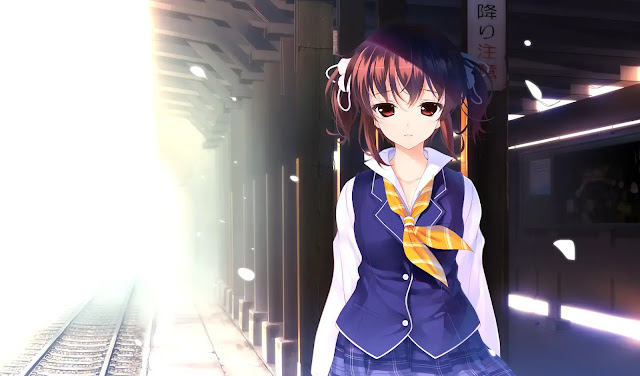 Synopsis:
Shun has always wondered what was on the other side of the stone walls surrounding and beyond the tunnel out of Kaijou-shi ever since he was a child. However, he never ventured out since every time there was an opportunity to do so, he fell ill or there was some family business. After he graduated from Seihoukan Gakuen, he decided right then to leave his hometown.
The next spring, he received a call from his mother, asking him to come back for the Seikousai festival which he had always attended since he was small. His family kept the items for the festival, but this year’s event will be even bigger than normal. His imouto Sana and osananajimi Yuki both had been chosen as the miko for the kagura dance.
As he was returning back to Kaijou-shi on the train, he reflected on why he left his hometown. He had found nothing special on the other side, just the beginning of a new life. However, it felt like he had lost something along the way. Then he could hear his osananajimi’s gentle voice: “Shun-chan, it’s been a while since you’ve been back”. He felt like those words livened his spirits and comforted his heart.
Youtube: https://www.youtube.com/playlist?list=PLwGwDxf37gEk09JR45yzp8YI97UXpaB0j
Character Design rating: 8/10
Protagonist rating: 6/10
Story rating: 7/10
Game quality: 8/10
Overall rating: 7/10 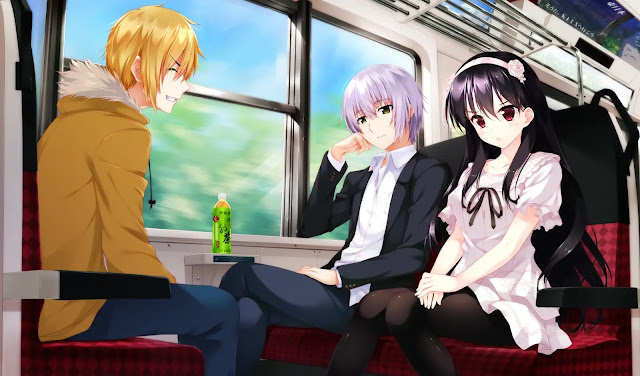 Basic information can be acquired from synopsis and other reviews, but I want to focus on ups and downs right away. So these five thing things are what game is sometimes criticized for:
1. A lot of scenes are present in all routes
2. All endings are the same, except for Sana's which is short and vague.
3. Story sucks as a typical creepy village with occult customs
4. Action scenes are boring
5. No character development for heroines
To tell the truth, these are hard to oppose, but I'll try, anyway.
1. Those scenes are mostly transition ones to each individual routes and final scenes that have to be the same for the game's purpose.
2. Game concept can justify three similar endings and one special ending for Sana.
3. Story is clearly hommage to Leaf's classical visual novel Kizuato, so it has to follow ancient concept from 1996 to  an extent.
4. Game is atmospheric mystery utsuge. Action scenes aren't focused on here. At times of conflict one side is usually seriously overpowered, so there can hardly be a proper battle.
5. Are there really that many games with character development for heroines? We're not growing a bride here, and protagonist is in the center of the conflict, not heroines, so why should they be developing. 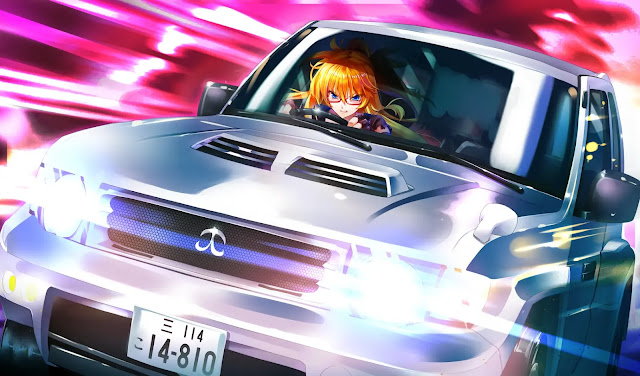 Shoujo Shin'iki is a complex construction built over classical visual novels centered around beast, primarily Kizuato. Both games have same clan/shrine that seals beast madness instincts in males of the same blood, in both games there are for heroines with the youngest heroine having a special ending if protagonist for several times denies intimacy suggested to him. But Shoujo Shin'iki also introduces occultism and a multiple-layer mystery. 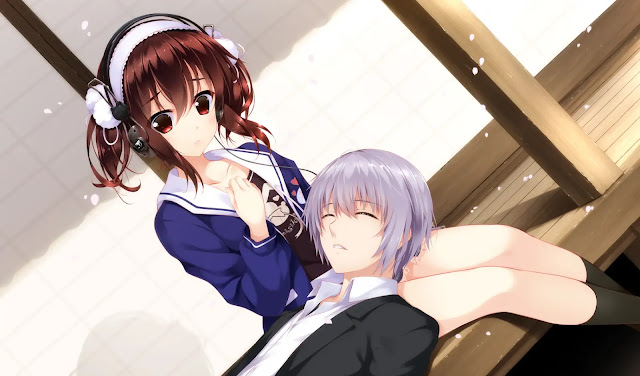 What makes Shoujo Shin'iki a masterpiece for me is breathtaking graphics and heroines, fantastic atmosphere, complex setting, those ugly yet memorable ending scenes and the impact. All this beauty is repeatedly crushed by a single occult power burst. This repeats over and over creating aura of inevitability. But there is redemption, a way out of this loop which is indicated by Sana's special ending. That's the whole conceptual meaning of it. No use to wait here an afterstory of how they got married and raised kids. It's just not that kind of a game. With all that game has enough depth and complexity for those who seek it. And it's a rarity in the game when the meaning is concealed in the depth of the game and not in the ending. And then rereading the game main part brings in new depth. 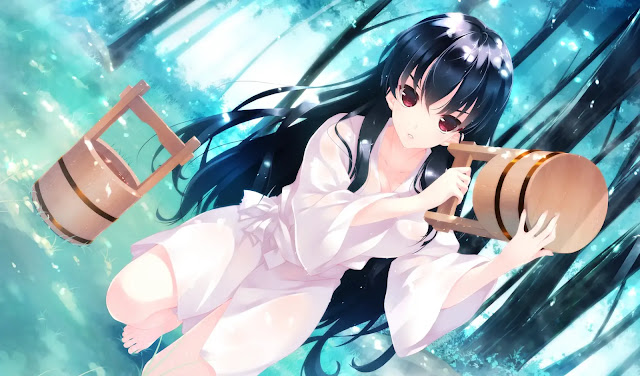 But if it's a masterpiece, why just 7/10? Because I tend to take disturbing scenes like these badly. All those endings and preceding events with Honoka create a depressing impression. Same route construction repeats for the 4 routes, so I'd read only two if I knew beforehand. The package of the game says "Story does not always has a happy ending". This is exactly such case. 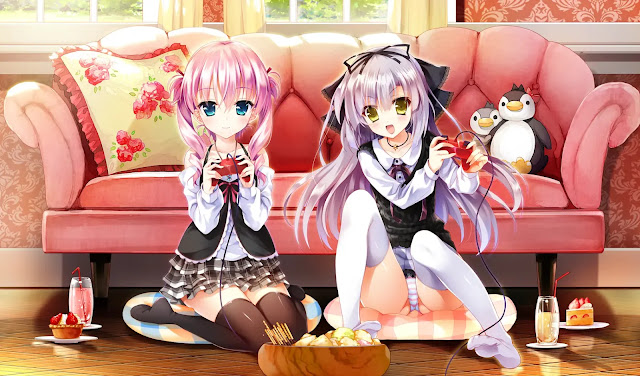