Jump to content
Foreword: Now when I've run out of RPGs till September 2nd and I don't feel eternally burdened by writing a review, I can finally get to it. Battle and guns is what brought this game into my sphere of interest. But is it really a chunige? 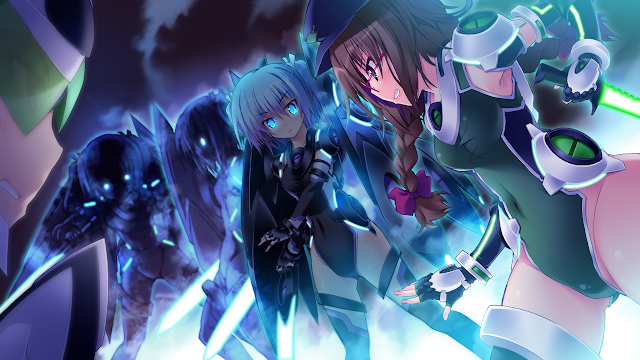 Synopsis:
The floating university town of Nikkou Gakuen is located in Tokyo Bay. It is a place where researchers and users of ‘power gears’ train hard night and day. Power gears are a new type of energy, allowing users to change into power assist suits. Shuu attends the school, aspiring to be an engineer. Joining up with the failing student Satsuki, will they be able to make it to the top at the school’s gear battle tournament?
Youtube: https://www.youtube.com/watch?v=77L0WqXVWKQ&list=PLwGwDxf37gEnB4I_g3cVHj6DNaBSAuxd-
Character Design rating: 6/10
Protagonist rating: 5/10
Story rating: 5/10
Game quality: 5/10
Overall rating: 5/10 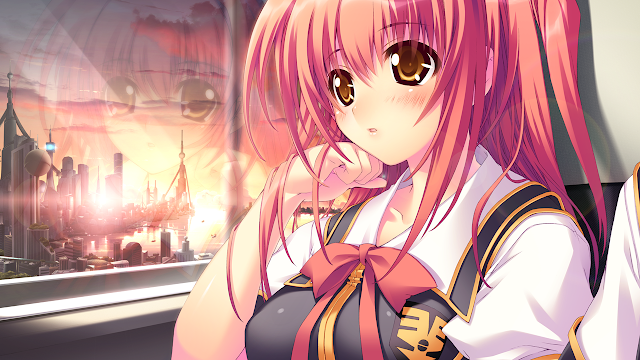 It's no use hiding that this game is nothing that I hoped for, and that was rather demotivational. But what's even worse is that game is about sports - something that I detest in any form. Remember that sniper riffle shot? You better do since it's the only cool CG in the whole game. With invention of power gears the competition of such athletes becomes the most spectacular show of prowess. It involves shooting the flying ball with guns and some power actions, but it's still not even remotely close to a real battle. I'm actually this vague about the rules because I don't really get them. Rules are glanced once and never returned to. And game does not even try to make an effort. It feels like watching baseball without knowing the rules, and then out of the blue winner is announced, and this winner is always protagonist's team. There's zero visualization. The best shot you can hope for is someone running, maybe even three persons running. Instead of action we just watch competitors talking all the time, and then it all suddenly ends. And the worst thing is that there are no charismatic rivals - all are just masked nonames (except for Mia and Kaoruko who have meaning for some routes). So I'll try to treat this game as charage focused around sports. Might it even be a spiritual ancestor of Aokana (but you already see that it's not given the effort applied to explaining setting)? 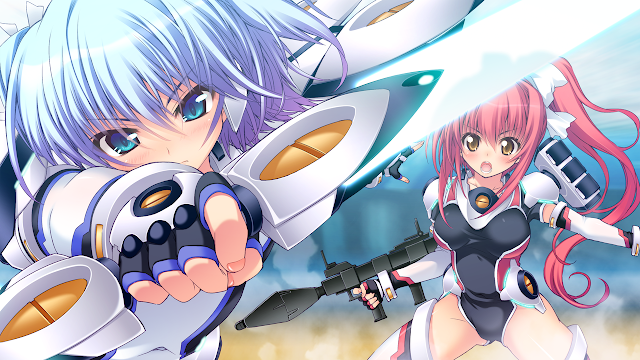 So you see the way I discuss these boring "battles", but it's actually the best thing in the game. Everything else is even worse. So least important side-heroine Ageha route becomes the best as it devotes little time to SOL and H (just one event).  Cyborg chibi Mii route is the worst of the three as it's paired with another chibi heroine Mia and does not bring any real cybernetics to the table which results in boring endless SOL. The true route pairs two main heroines - Ruchiru and Satsuki (even synopsis assumes this route development as in other routes protagonist does not join Satsuki). It tries to unite both childhood memorable event heroine Ruchiru and Satsuki who has drama with her sister into one mystery as main character sees Ruchiru in Satsuki for some reason, but even this hook fails to deliver anything but beaten chiche and cheap drama as a result failing behind Ageha simple and straightforward route. Don't expect any revelations - route can easily finish with just winning a battle. The main character is reasonably strong and capable, but it's nothing different from the bulk of vns. 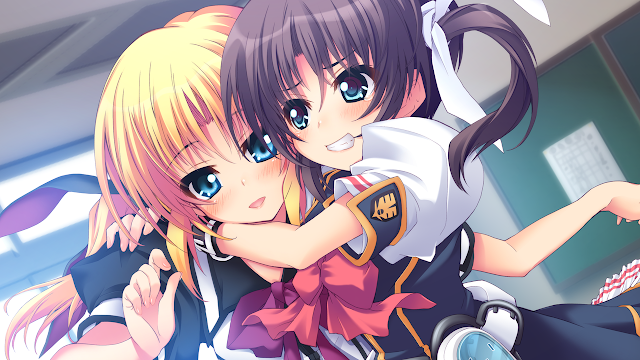 Let's wrap it up as this game hardly deserves a lengthy discussion. Seihou no Prismgear is extremely boring, especially during common route that is supposed to be the best part of the game usually. Deployment is uselessly long and tiresome with zero excitement. True route makes it a story game but with a tightened forced scenario fit for the undeveloped setting. Battles are not only visually skipped but also described with as little detail as possible. Any possible complexity is killed by a simplistic shounen winning spirit and things like that. Two out of three routes fall into youth drama category. But is it really a bad game? No. And I have no one to blame but myself for expectations betrayal. At the same time there is nothing really exceptional in it. It's definitely worth a try if you're looking for a light drama charage in this kind of setting. But personally I can't look at anything that is not a masterpiece charage. 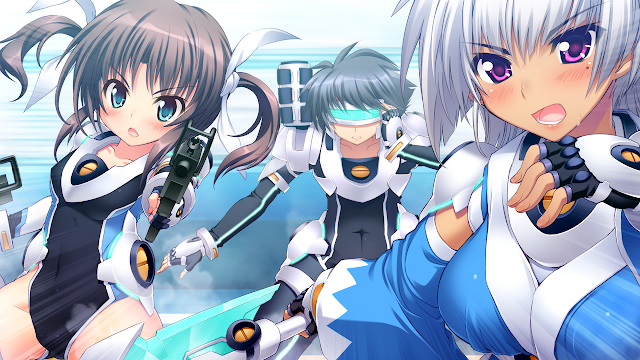