Jump to content
Foreword: It's a very curious game that I played in the past and then lost. Happy to find and finish it now. 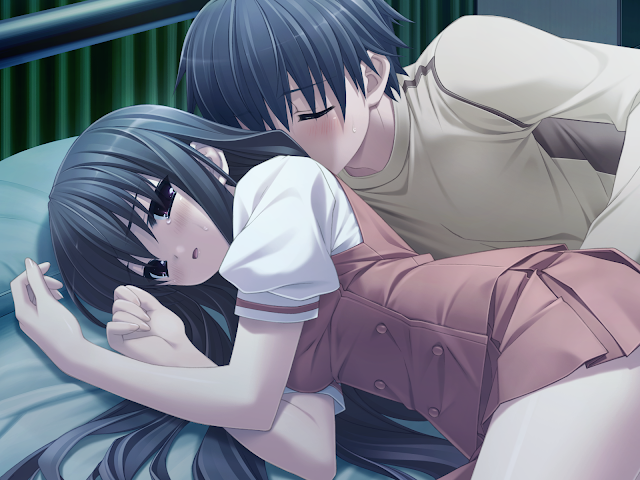 Synopsis:
The plot of Natsu no Ame revolves around Sousuke, a soccer loving idiot who spends his days practicing with his two friends, Takeda and Midori for the day when he is allowed to return to the soccer club he was forced to resign from.
The story begins with Sousuke recalling a memory from his past where he pondered what qualifies as a first love, thinking about a young girl he teased almost to the point of tears as a child. Upon snapping back to the present Sousuke is made aware of a beautiful girl busy with her cellphone. After knocking her out of the way of on oncoming motorcycle he finds that he had also sent her cellphone into the river.
Being the nice guy protagonist that he is Sousuke then goes into the river to find her cellphone, however when he gives up and she tries to help him out he ends up pulling her in as well. First impressions aside he then finds out she wanted to know where his school was as she had just transferred in. Undaunted by his earlier screwups Sousuke decides to be a man and instead takes her on a tour of the town before finally dropping her off at school. In the end it seems he managed a favorable impression afterall!
Upon returning home he finds the very same girl in his home… where his mother informs him that she is his long lost half sister!
Youtube: https://www.youtube.com/playlist?list=PLs4Gp5VU4Fv_qJeEChKrppPpzU9YgpLA4
Character Design rating: 10/10
Protagonist rating: 10/10
Story rating: 7/10
Game quality: 10/10
Overall rating: 9/10
As you see, it's a perfect score that I can ever put to a charage that is not a plotge. There are fantastic English reviews for this game already (1 2 3 4), so I slack as usual. I used to play everything that Joyjason evaluated as 8 and higher, and that guy is usually very critical in his reviews leaving not too many games with normal scores. And for the first time ever he evaluated Natsu no Ame as 11/10... wow. Then there's this Zen guy from omochikaeri who is always very bitter in comments. I doubt I ever heard something positive from him about anything... and he writes a superlong review giving score of 90%...  And now I'm enthralled as well... this game is a miracle. 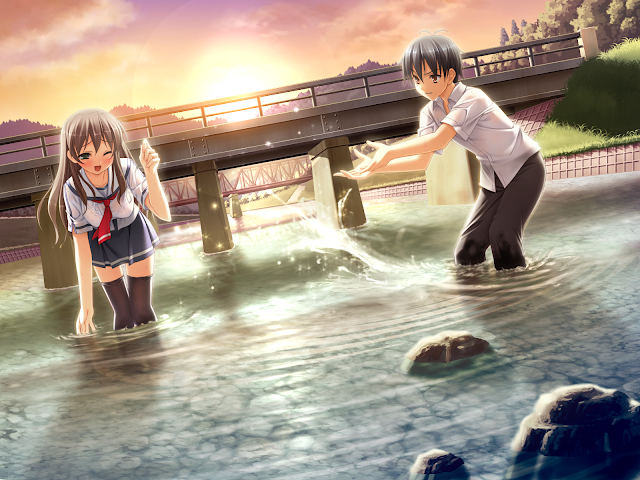 Since it's not a plotge, it's enough to read synopsis. But since it's a charage, heroines need a close look. This game starts with introducing Rikako, and she is breathtaking. What's interesting, no one ever tried to present a similar personality (as a quick tags search showed me). I'm tired of brainless imouto and pervy onee-chan. Rikako is absolutely special as she is seriously unhappy and unfriendly. At the same time I just can't call her a tsundere as she is out of S and M system of coordinates. I guess she is so attractive, because she is so human-like. The way she blushes while angry and narrows eyes is cute beyond any measure. She absolutely does not care about protagonist and basically runs away several times. Independent and strong-willed qualities make us respect her as a human being. Midori is supergenki and tomboyish, and her best friend to lover transformation is really thrilling to watch. Hinako is a deredere school friend which is nothing new, but she is brilliantly voiced. She speaks with a light and funny accent, though I wish it to be a full-scale Kansai-ben. Last heroine teacher Misa is surprisingly interesting as well. She is easily embarassed, but with her route we dwell into adult territory with alcohol and loli teacher's daughter. 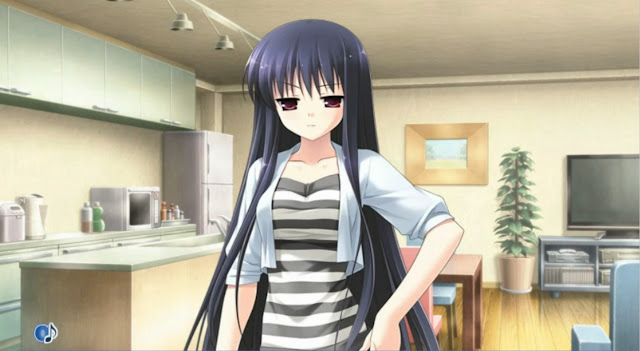 I absolutely can't recall any deficiencies of this work. By the end of Hinako route I started to think that I've overgrown all these youth anxieties and would like to see serious adult relations, but with Misa route even this argument was utterly destroyed. It gave both matureness and feeling of family with loli daughter Nene included. Could probably nitpick over something (no amount of CG is enough), but just don't want to. Even protagonist was cautious and attentive enough to give a positive impression. So let's leave things with perfect scores for once. 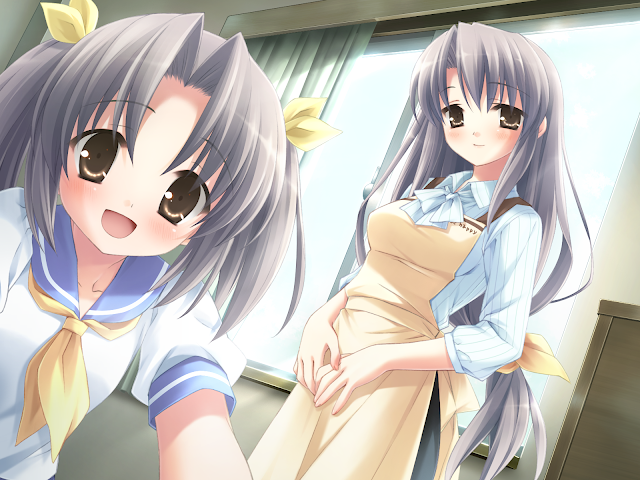 I still stay my ground that charage should have plotge elements, so I like modern tendencies where games got so expensive to make that pure moege are eliminated and pure charage are limited. These genres have piled up enormous amount of works similar in nature and thus forgotten. But with this fierce competition the best of the best stay forever with reader and motivate to not lose interest with the genre. And Natsu no Ame smiles shyly observing the battlefield from unreachable height. Perfect. 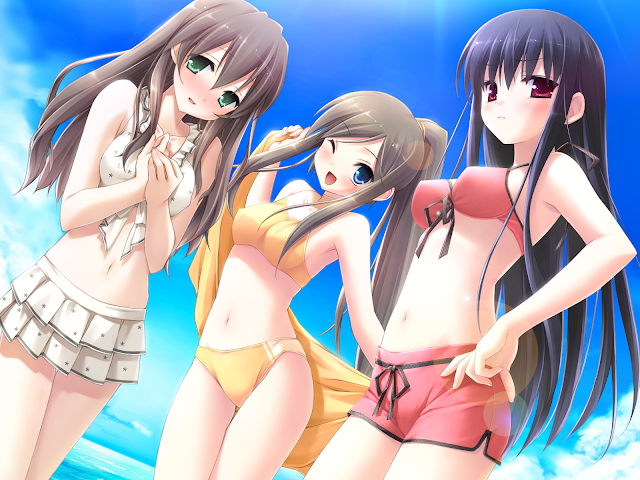