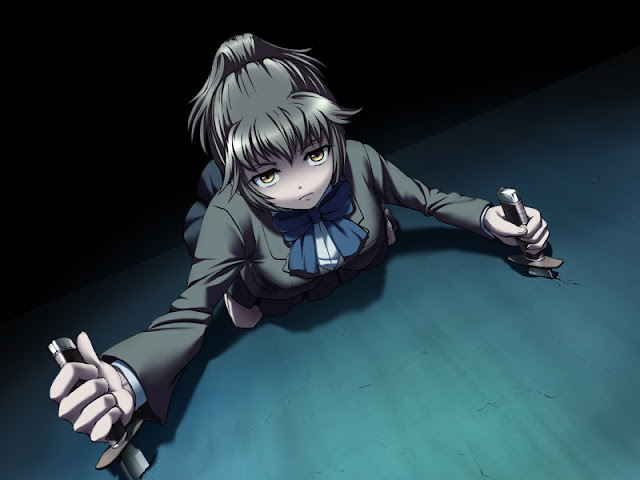 Synopsis:
Sasayama Akira was born into a family of assassins and trained as a child to become one of them. However, due to psychological issues, his father decided to send Akira to a relative's house, to live a normal life.
Several years later, Akira gets asked by the student council president to investigate a rumor of a group called Abyss, a shadowy group of students responsible for abducting and killing students in a grotesque game.
Youtube: https://www.youtube.com/playlist?list=PLs4Gp5VU4Fv_JpraEZN60LRLufWm3loZt
Character Design rating: 7/10
Protagonist rating: 7/10
Story rating: 8/10
Game quality: 7/10
Overall rating: 7/10 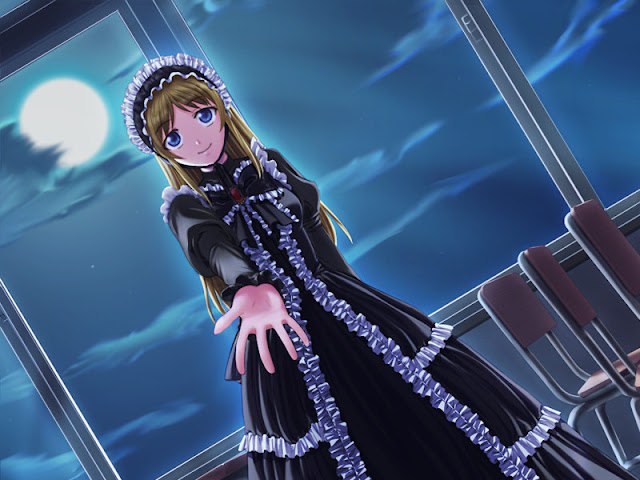 I'm still not ready to evaluate a doujin game without voicing too high. And abyss is huge. It was actually delivered in three different issues before the complete version with first one seeing the light in September 2007. As a result, completing all the routes took 38 hours, and such volume without voicing can be difficult to digest. 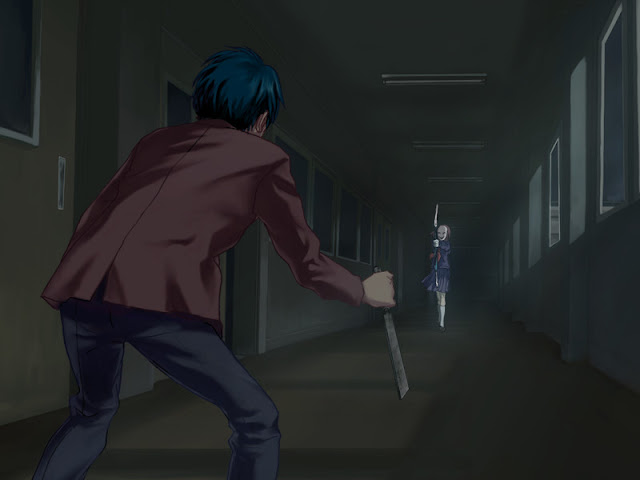 The concept is simple - murders start to happen at school, and protagonist is dragged by a masked person to join the game. Basically, it's common battle royale concept that is popular in doujin chunige. But the actual game is neither pure survival like Killer Queen nor the battle of wits and hints like Umineko. We strive to survive, but also gather hints about opponents identities as well as learn to counter them. Quite a few mysteries pile up, and final Nami routes gives a lot of answers about protagonist past and ABYSS. And it's also not a simple mortal combat style game, because assassin means are deadly and fast, but also because multiple viewpoints are given throughout the story. We even start as a girl protagonist in common route. There's a lot to uncover, so mystery persists till the end. 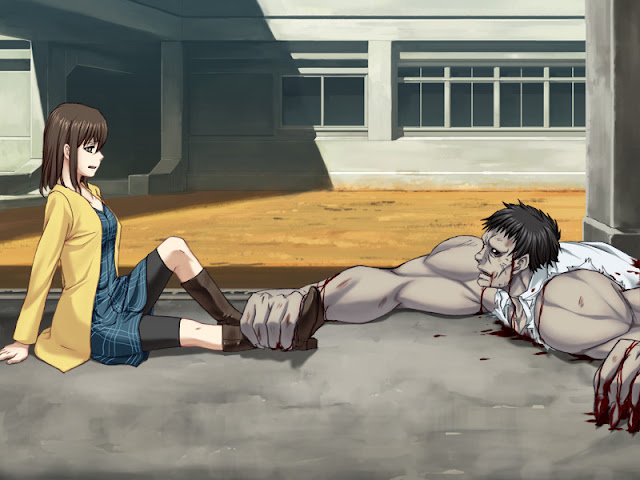 As for deficiencies, I still don't like this concept just because it's battle royale. Participants are placed in a limited space so that they make the story themselves like a sandbox. A lot of stuff and twists are put on top of that to make forget about the core concept, but I still don't see an interesting story behind it all. Well, I did not like any game with similar concept, even FSN, so safely ignore this point. It's been a long time since I played a game with a zero voicing. It's a matter of habit, but everything gets a huge minus from me because of that. BGM is mostly good, but there are some with just a few sounds on repeat to create tension or smth, and I'd rather hear normal melodies. Game system is horrible for auto reading. I had to put lowest possible speed, but huge chunks of text disappeared too fast after small ones, and vice versa. CG are uneven. Basically, all heroines are strong, but in other people's routes they become weak. Another nitpick is that setting of ABYSS organization feared even by police is loosely shaped, lacks detail. Battles are depicted poorly and settled with one blow usually, but buildup and wits battle prior to that is nice. Some heroines routes bring little new and can be considered bonus ones. 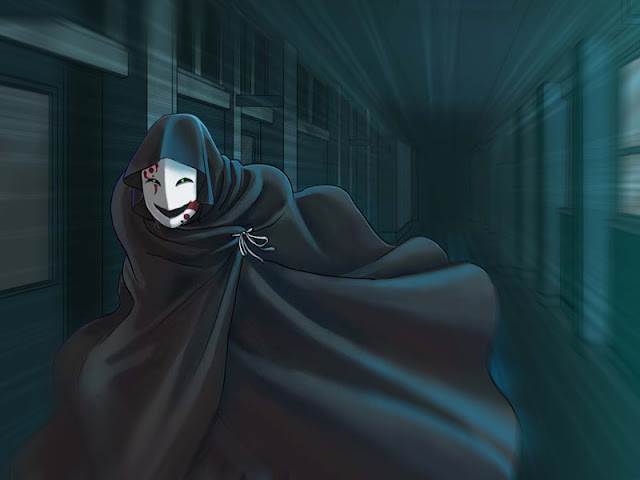 Enough with negative points. On a bright side, in every route characters are mercilessly butchered, and you never know who or when gets to die. So there's a lot of room for emotional approach. Every heroine has her own story and motivation, and with so many masks identities remain unknown. Hints recovered throughout the game create doubts, but final route managed to take me by surprise, anyway. The good thing is that only couple heroines have traditional love scenes, some have violation, and Nonko has none at all. As you see, despite simple concept there's a lot of room for mystery, wits, tactics, twists, emotions and in-depth character stories. Don't let my evaluation scare you as it includes personal reasons. If you find such game enticing, you most assuredly won't be disappointed. 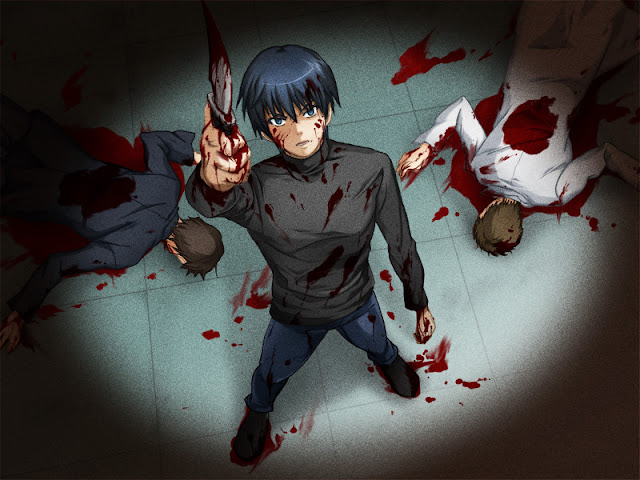