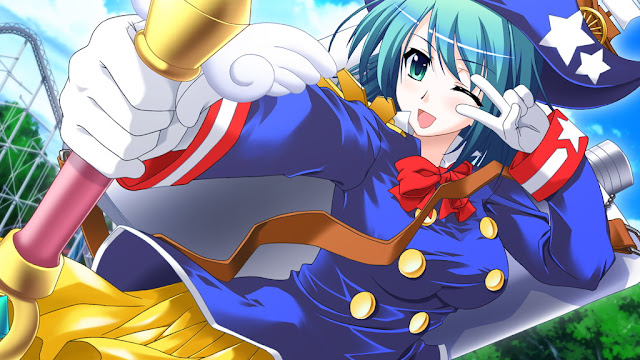 Synopsis:
Kenjiro is lazy and has no job. One day, his mother calls him and tells that she asked his aunt to hire him at her school. However, Kenjiro is a hardcore otaku - he has no social skills to speak of, can't get along with people, and has never dated a girl... When he arrives at the school, he is shocked to find out it's an all-girls' school, and has no idea what he should do!
Luckily he meets up with Nanase, his cousin he used to play together with when they were young. She, however, suddenly says to him, "Are you still an otaku? Don't talk to me at school."
When he is down, he suddenly hears a familiar melody, a BGM from some famous game. He enters the classroom and finds a girl playing the game. She introduces herself as Asuka, and she happens to be the one and only member of the Comic Club....
Youtube: https://www.youtube.com/playlist?list=PLs4Gp5VU4Fv_bK0MS_DGj0C_UvdauhF91
Character Design rating: 9/10
Protagonist rating: 7/10
Story rating: 7/10
Game quality: 8/10
Overall rating: 8/10
I tend to undermine slice of life games since these games don't give me new stories. The more the importance of those ones that I can call masterpieces. And this is exactly such case. 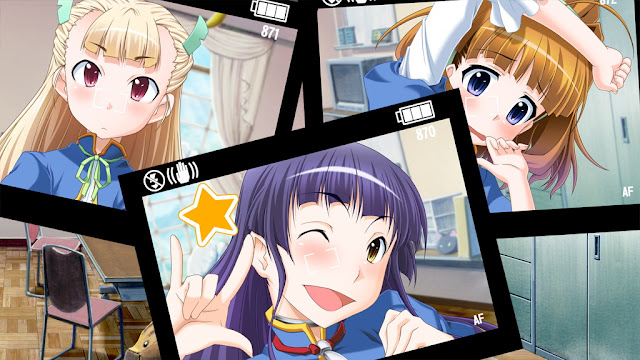 Concept is fairly simple - an otaku becomes a temporary intern at a girls school and also an advisor to a comic club. Since it's a charage, it's natural to discuss heroines. There are five of them, but only four are geeks. The last one is our tsundere cousin Nanase. She is kind of main heroine because of her special status, but her route is the most boring one as it focuses on isolated from other members romantic relations. I was seriously disappointed by her route as there are lots of such developments in any charage. There are three authors in this game, and common route together with Nanase route are written by Hasegawa Ai, an AXL scenario writer whom I seriously dislike after Shield 9 and Like a Butler. Shinobu and Mashiro routes are written by Toki Houou who did mostly eroge, but participated in script creation for Sumikko Soft first game. Shinobu is the cutest heroine who tries to hide her otaku habits and leave a normal school life. Her route is the shortest of all and becomes a poor tennis spokon with the only bright spot is common for all heroines comiket participation. As for Mashiro, her route is quite fun, but focusing on emotions, realistic problems and worries, and thus leaves a somewhat heavy impression. The last two routes - Asuka and Shima - are written by Himenogi Aku who hosted a lot of moege/charage as a scenario writer. And his lively approach actually saves this game. Both routes are light, otaku-heavy and really fun. Incidentally, H scenes are also the most lively in the whole game. Finishing with one of these routes generally provides a better overall impression, so there is some evaluation split. 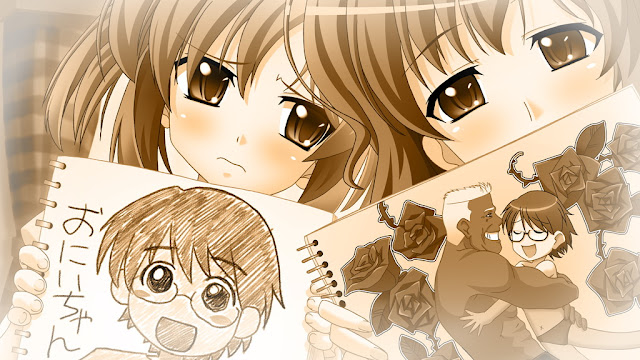 As for the flaws, can't say there are many. Protagonist is perverted and insensitive, but for a wild otaku it's a normal state. I did not like side characters, but they rarely show up. There are a lot of net and anime parodies and references that were incomprehensible without wikipedia even in 2009 due to aged material and letters omission, but those don't really obstruct experience. Of course I'd prefer a circle of friends story without individual heroine routes, but joint activities are also plentiful, so I did not feel locked up with a single heroine even in Nanase route. 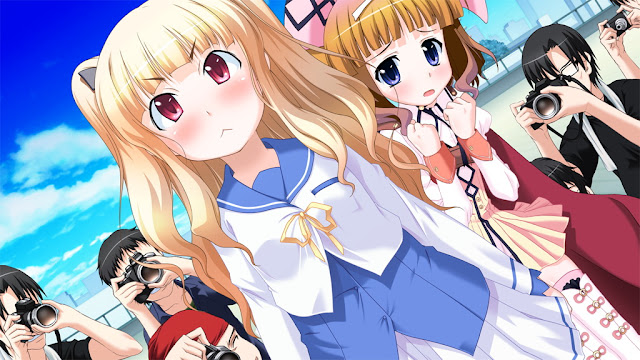 I ended up praising the game even in flaws section. So let's continue with the praise. Otaku protagonist playing eroge is easy to sympathize with. Some nerd jokes were commonplace, but there was enough unique discussions. Sheldon Cooper would want to watch Shima route who is toy trains enthusiast with ability to discern them by the sounds made. But the deciding factor for me was circle of friends atmosphere. Zettai Karen! Ojou-sama does not live up to Genshiken as ultimate otaku heaven, but it is a a properly done and amusing dive into otaku atmosphere with unusual otaku heroines, and every such success counts. 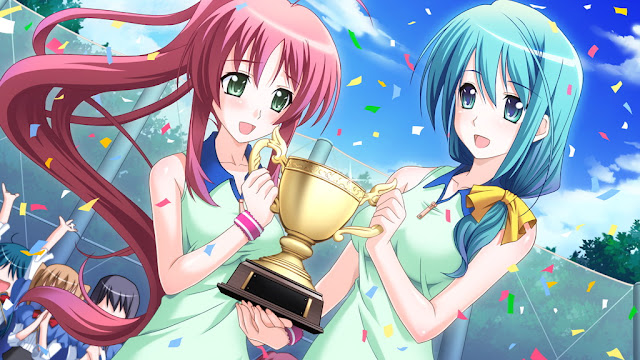