Jump to content
Foreword: A localized chunige with intriguing concept, can't miss that. 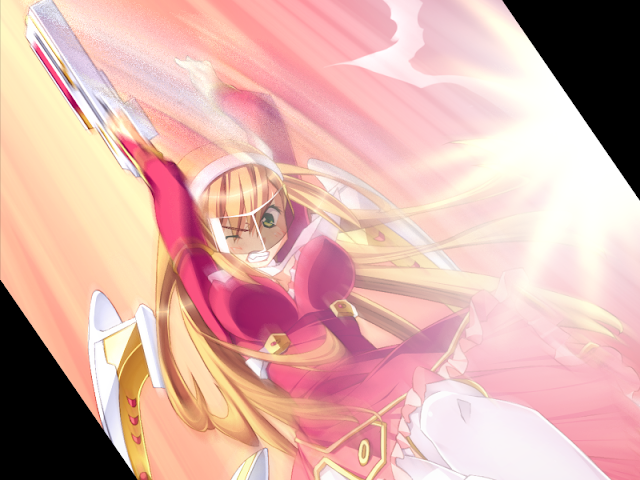 Synopsis:
When a chance encounter drops him into the middle of a war between a secret organization of superheroes and the shadow creatures known as schatten, Himehagi Aisaku must awaken the hero within if he hopes to protect all that he holds dear.
Together with the valiant princess Keziah, Aisaku will don his blazing armor and shine a light on the shadows that infest his city. But the darkness he uncovers may be deeper than anything he imagined.
Courage! Conviction! Friendship! Love! Will Aisaku find the strength to see him through the rising night?
Youtube:https://www.youtube.com/playlist?list=PLs4Gp5VU4Fv_8eyqu1zvK7ojhhaYm4dhc
Character Design rating: 8/10
Protagonist rating: 6/10
Story rating: 6/10
Game quality: 7/10
Overall rating: 7/10
There are many English reviews (1 2 3 4 5 6 7) , but all of them fail to structuralize all the game chaos and explain what this game is about. So I have to return to basics all by myself. Naturally, I can't avoid spoilers, but without it can't even show the gist of this game and will end up like any other review out there. 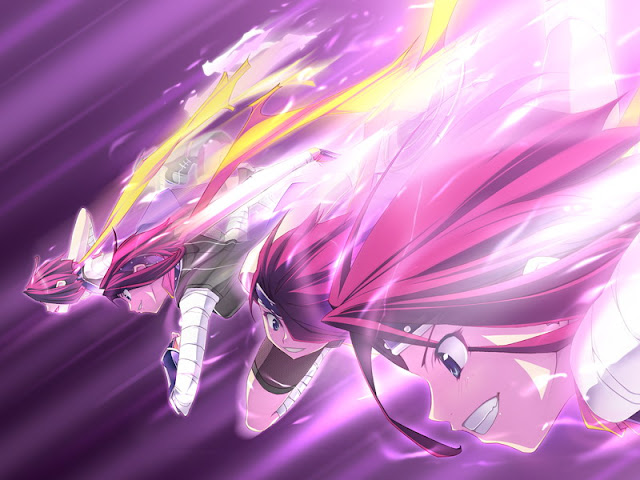 Trample on Schatten starts as a shounen bakage focused on kamen rider superheroes. Protagonist is attacked by a shadow and is imbued with a white ball on his palm by a doctor. This sphere both protects him from becoming a shadow himself and grants powers to fight shadows along with other Zelcraters. And after that we're given a flowchart with lots of dots to trigger events with different characters happening in reality or alternative reality at different time. There is no real purpose, no mastermind or evil organization during the mid-game, so we just get to know characters and protagonist while trying to discover superpowers based on love and fight overpowered shadows Schatten. And this is where game changes a lot. There's a lot of darkness behind heroines and protagonist past, plus all the violation IF scenes add roughness. Eventually we get prompted to enter individual sub-heroines routes that are merely excuses for H events. But when we decide to move forward with the story, sub-heroines get to die in some way or another, so each time you dump a heroine it's a death sentence. Death in Trample on Schatten is not necessarily final as there is a story mechanic to return some characters, but it's limited  only to a few characters. Only by the very end of the game we enter true Keziah route , learn the mastermind identity, have a battle , and only after the battle learn about main mysteries. That's a very unexpected sequence of events. 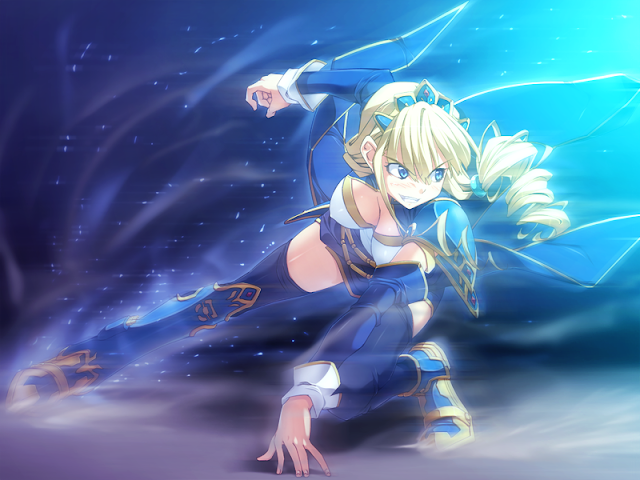 Let's address the flaws not already mentioned. I absolutely hate flowchart mechanic as it's a lazy writer's choice to give disjointed events without proper reasoning or logic. It's a huge mess. The world is not really attractive, and there are few characters in it with the absence of charismatic enemies. Battles are directed good, but they give a cliche manga feeling with all those kamen rider kickse etc. Game system has few options, and I had to go with text appearing gradually due to lack of autoreading speed adjustments. And yet in some scenes text flies like crazy and in others moves slower than desired. There are few normal CG. Gags  are either based on crazy situations or rather simplistic to my liking. 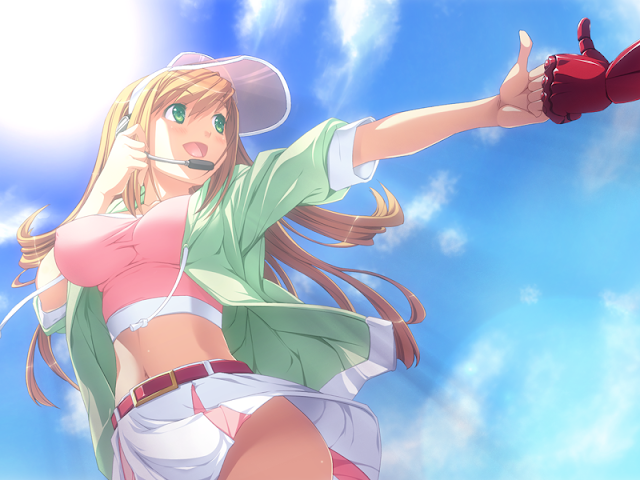 But I still call this game a masterpiece, and I'm really glad this game got localized because it broadens our horizons. It manages to keep reader's attention through this chaos. A presumably shounen bakage changes a lot during the course of the game and manages to make sense of eclectic pieces scattered around while provoking serious questions. Most of H events are optional and bearing zero meaning for the story, so don't see a point discussing them. The story itself is not really attractive and conveyed in a poor manner, but unusual character personalities and unexpected plot twists make it a worthy experience to undertake and remember. 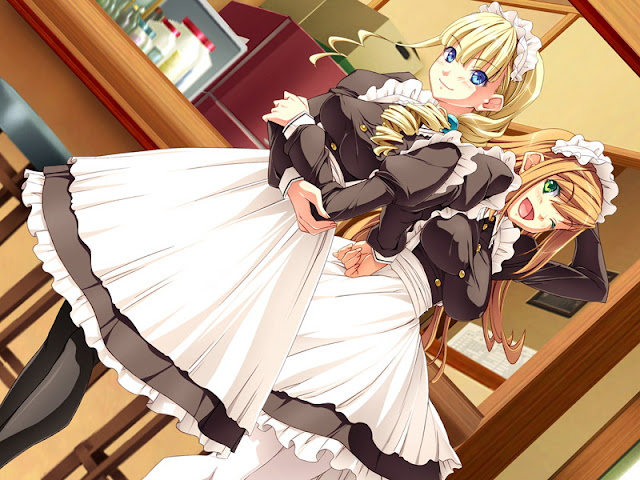