Jump to content
Foreword: CGs of this game look perfect, so I decided to check out why evaluations are so different. 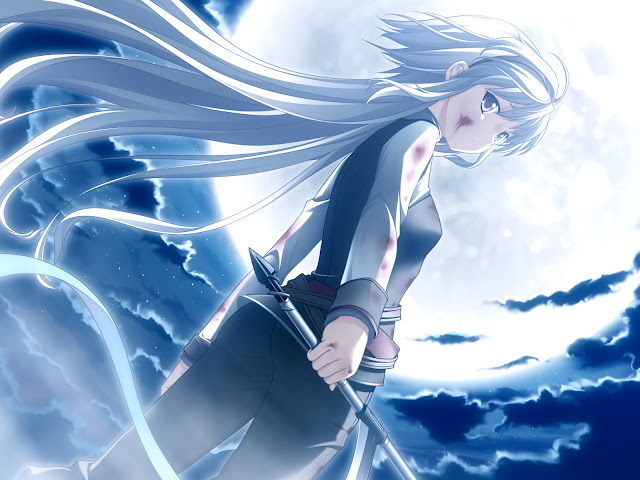 Synopsis:
There is a mysterious phenomenon that some people are given a divine power, but cursed instead. Yes, those people are found all around the world.
Yashiro is negative and withdrawn. One day, a girl suddenly appears and gives him a sword called "Laevatein". Like this, he gets involved in a battle. As being in a battle, he gradually gets to know what's going on around the world.
A battle for the mysterious island.... A guerrilla group called "Banner".... A mysterious girl called "Iris".... Yashiro's new life starts when meeting Yuzuka, who is a member of the new Japan army. Mitsuba, a member of the Banner, plants herself in front of Yuzuka... Yuzuka, Mitsuba, and Yashiro. What will happen to them in the end...?
Youtube: https://www.youtube.com/playlist?list=PLs4Gp5VU4Fv_MbMHhm_eh5a7TFMvFd2kb
Character Design rating: 8/10
Protagonist rating: 6/10
Story rating: 7/10
Game quality: 7/10
Overall rating: 7/10
There are English reviews (1 2 3), and Micchi review is so detailed in all aspects that's it's seriously difficult to add anything new or say it better. With that in mind it's going to be a very short impression trying to sum things up. 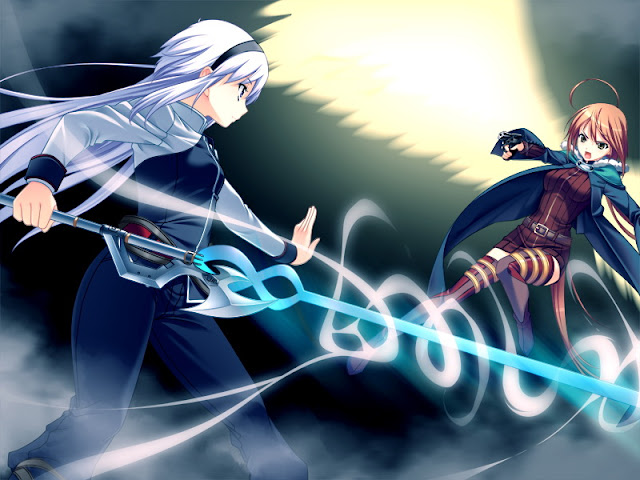 Concept is rather interesting as orphan protagonist goes to school while at same time participating in battles at nights during sleep with the same heroines from his school life. Eventually it's time to decide the side and make the other heroine an enemy - Yuzuka vs Mitsuba. These two routes are basically the same with just the outcome observed from the different point of view. Iris is half-human dweller of the island, but a big chunk of her route is the same repeating parts of previous routes with a new perspective opening up in the second half. Grand route is continuation of Iris route, but with an alternative detail that got changed during Iris route. I actually liked both the story and the concept, that's why I consider Heliotrope a masterpiece. But there are multiple concerns that can easily ruin this experience. 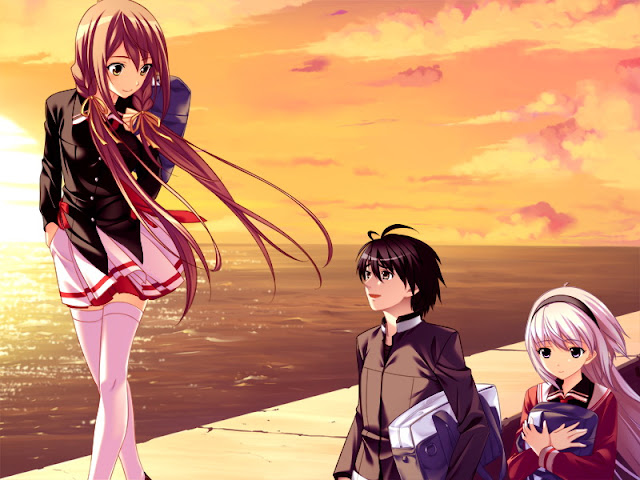 So, the downsides. Orphan hetare protagonist can irritate, but we know already that weak protagonist is often necessary. This time super-protective Mitusba personality would not be able to shine without it. There are huge chunks of repeating scenes in three routes, but - again - this effect can be nullified if you only read common route and Iris route (you have enough of Yuzuka and Mitsuba during long common route, anyway). There are a lot of plot inconsistencies. Starfish character ruins all the atmosphere of seriousness. There are a lot of meaningless battles that end with no result. In battles characters are constantly crying out names of their weapons and strikes which makes it look like a cliche anime. From the middle of the game sub-characters without faces start to show up, and it felt absolutely ugly to me. All the endings are variations of open endings and thus feel unsatisfying. 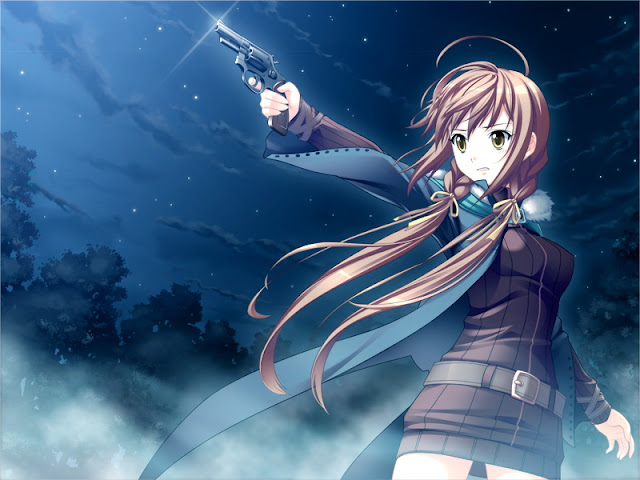 It's possible to find much more flaws here, and each one of them can ruin personal experience. But I urge to look at it differently. Despite the perfect graphics (except for faceless characters!) Hatena is a new brand, and it is prone to many newbies mistakes. If you come here to find mistakes and get offended - that's one thing. But I come here for the story and characters. And Heliotrope has seriously attractive heroines personalities and nice complex story. A bit of forgiving mood and focus on strong sides can make miracles there. Hatena's greatest fault is it made such cool beautiful heroines, world and story that we inevitably want to compare it with the best chunige done so far, and Heliotrope can't stand the comparison due to quality dent. It was a great experience, and haters gonna hate anyway. 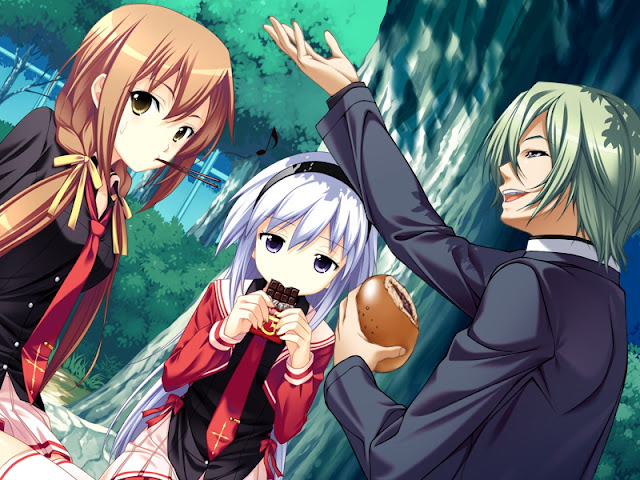