Jump to content
Foreword: It looked like a chunige with some badass weapons. And I know that I rated previous Disabel "chunige" as 5/10... 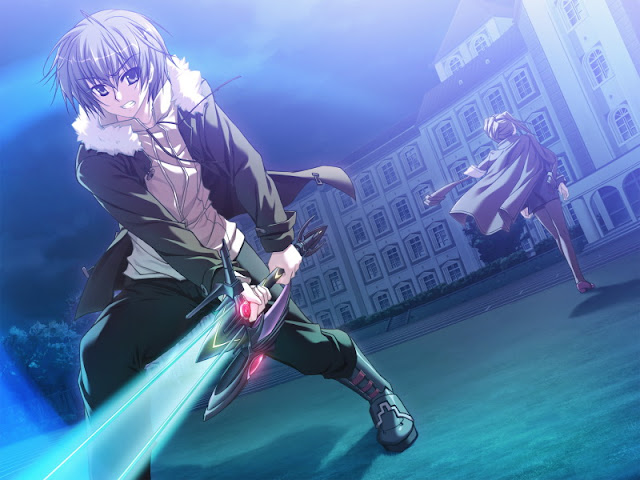 Synopsis:
This game contains strange love stories of five couples. You can enjoy various stories of mysterious heroines at school in the country. Five stories are connected to each other and it affects your ending. The story grows deeper as it goes and becomes one grand story....
Youtube: https://www.youtube.com/playlist?list=PLs4Gp5VU4Fv8tOGPirOP2RDdFQNPnRpQl
Character Design rating: 7/10
Protagonist rating: 6/10
Story rating: 6/10
Game quality: 6/10
Overall rating: 6/10
There were too many bad signs. Previous Disable chunige experience. Poster disguised as Ef series. Composer in charge of scenario. Absence of opening. Omnibus story format. And result was partly enjoyable, but not to the level of masterpiece. 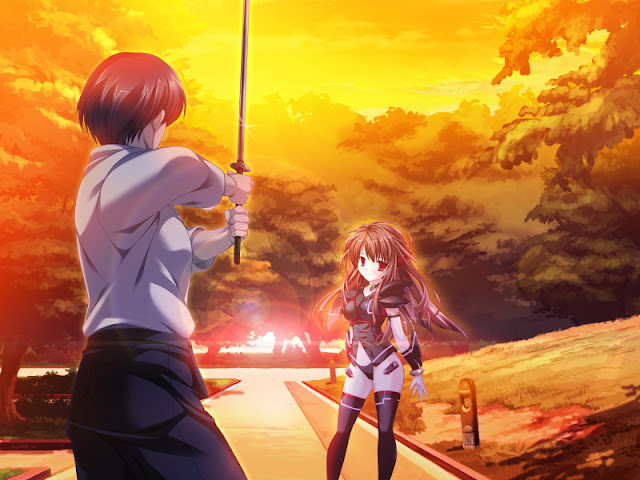 Composition and story. There are five stories with different protagonists and heroines, but they happen over the same 10 days, and some characters interlap. Before the selection of four stories we watch the prologue where after some introductory scenes some Sci-Fi girl points a gun at us with intention of killing. The four following stories are basically about some guy meeting some girl who usually has transformation power of warrior of justice. Basically, these are romance stories with very little fighting action. Then finally 5th story opens up where we try to arrest a dangerous impostor from another world with two agents from the same alien world as well. And it's basically the only piece that shines here. 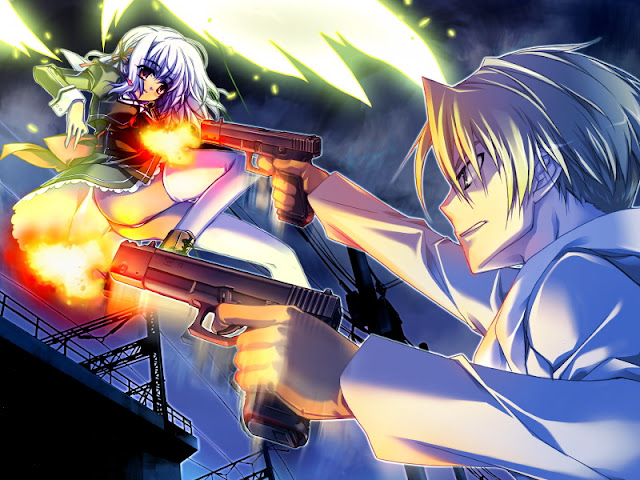 Game's pretty short, so let's jump to negative points at once. Text is monotonous and only becomes interesting in the final story. Answers input at the end of this True route feel unnecessary. Plot feels like deteriorated version of 11eyes with first four stories introduced to disguise lack of volume. Five different protagonists don't help to familiarize. And - seriously - what kind of professional visual novel does not have an opening nowadays? 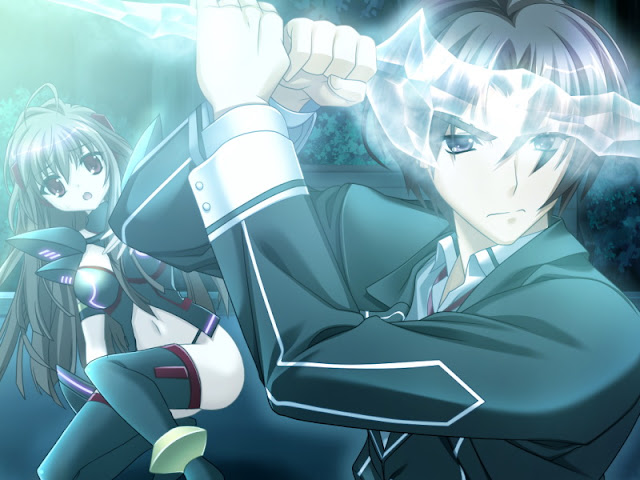 But I picked this game mostly for cool CG of battle heroines, and I'm not disappointed with that. Character design feels old-fashioned, but good.  I also liked the fact that there are exactly two H events for each heroine, bare minimum.  Final route has funny enough heroines, good humor and some cool development. I don't really see much meaning in reading first four stories, but final story is pretty nice and short, so why not, really. 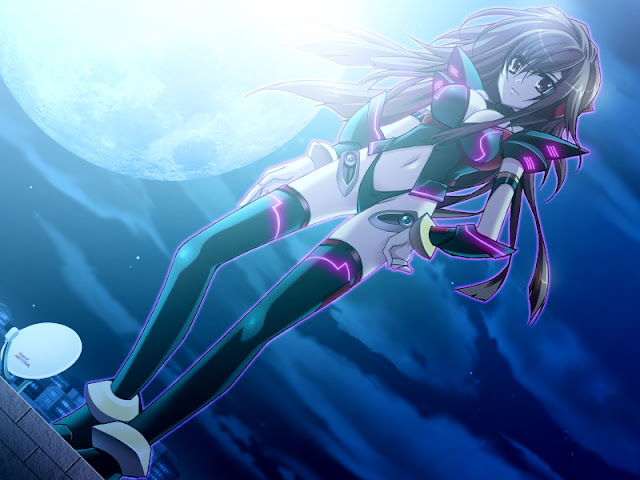