Foreword: Cotton Soft chunige are always welcome by me. 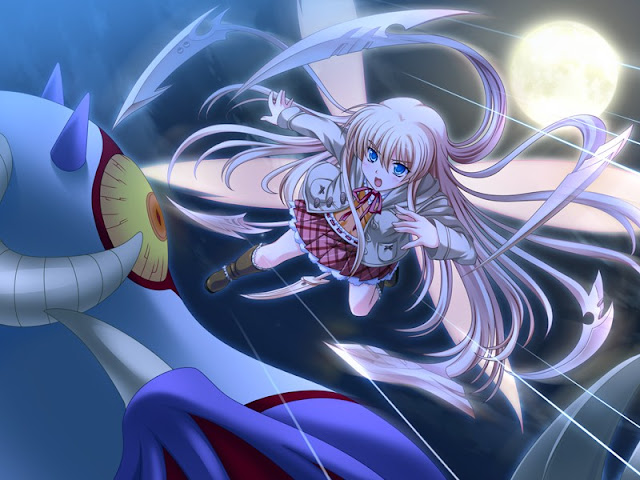 Synopsis:
There used to be a group of friends. They really trusted each other and their relationship never seemed to end. However, they gradually split up as time passed. Seven years later, Subaru now enjoys his school life with his friends and classmates. But when his old friends appear in front of him, his old memories come back... 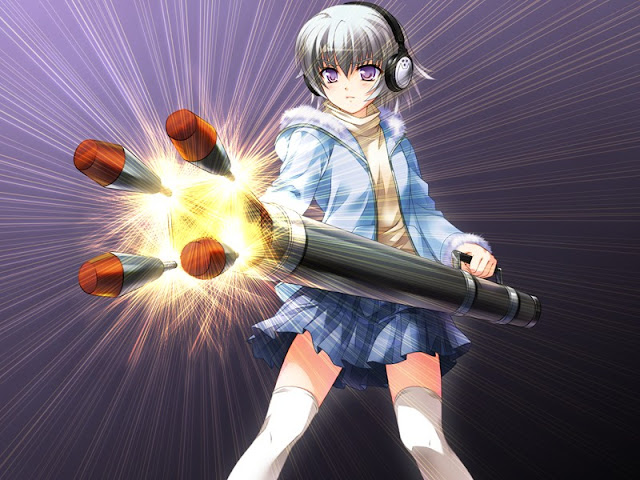 It took me a lot of time to settle with the score. I evaluated Reconquista as 8/10, so had to compare these two games narrowly. Reconquista has its charm, but Amber Quartz is more mature almost in every field. Thus the result. The two games both focus on memory restoration in a non-trivial story while handing battles in the process, but approach is totally different as mystery tilt is exchanged for traditional chunige elements. Reconquista is also mentioned directly during history lesson about crusades. But need to explain Amber Quatz conception before further speculation. 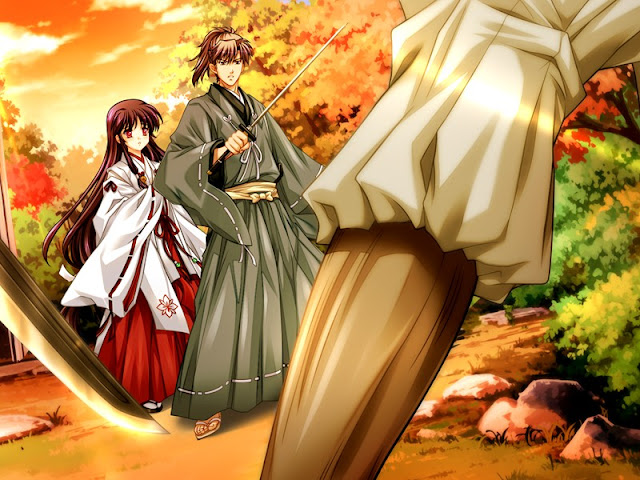 Premise is not too difficult. Game starts with Nayuta confessing to protagonist Subaru, and he he invites the girl to become friends to know each other better. And all the first chapter is full of gags as Nayuta roleplays Subaru's future wife. But very soon shrine maiden Miyako appears and kills a dear person to Subaru. And that dear person becomes a puddle of goo who was actually a monster. Soon protagonist discovers his own power after being cornered by one of such monsters. From this time we search for strange behavior of familiar people, fight these monsters and discover memories about the rest of six childhood friends. Heroines also participate in battles which is cool. I'd say that concept is not as complex as in Reconquista, but the friendship times and lesser mysteries make up for one big mystery. On top of that we dip into history 1000 years ago just like in Air, so there is enough to look forward to. 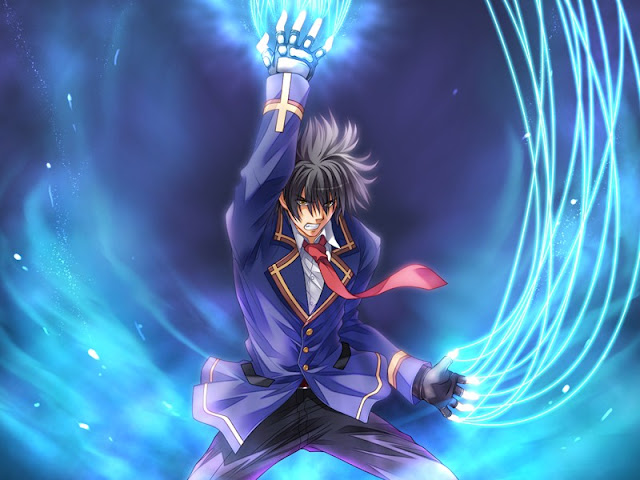 As for downsides, there is not much I can recall. Most Japanese reviewers feel betrayed by not being warned about chunige nature of the game and thus lower scores deliberately, but it's not the point for me. Sarina route is objectively weak. Scenario is unjoined and with some nonsensical conversations especially when realizing that she is presented as ojousama. Sudden shift to SF with lasers and such also is only seen in her route. But her and Miyako routes are written by outsource writers, so it was expected. Miyako route feels so-so as well compared to the rest. Game has rather difficult structure. Game is divided into eleven chapters while there are only four heroine routes. It could be done more neatly. Protagonist is rather weak, his only reliable technique is middle range and can't be used often. So battles generally lack excitement except for some final battles. There is not much romance development. Just spending time together and then expression of mutual sympathy that leads to H scene. But for me it's rather a plus. So let's see game's strong sides. 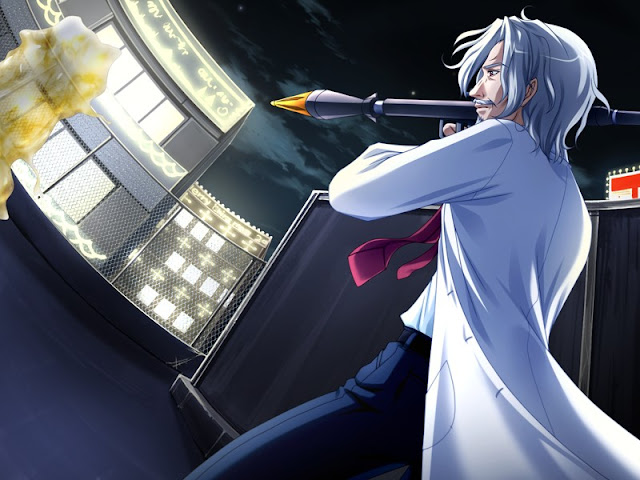 Scenario gives a good feeling since individual routes are longer than common route, and no one of friends gets forgotten, all problems get solved. There are no useless side characters - all of them are immersed greatly in the world. I have absolutely zero complaints about production. Everything is great, and I'd only wish for bigger number of CG which are 94 or so. 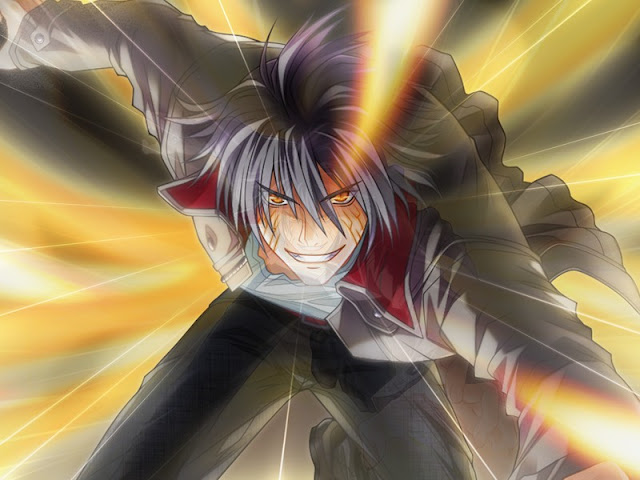 I always try to ask myself what the title means. And in this case Amber Quartz is used as title just because most battles happen in the evening during sunset. It provides warm orange impression. But despite all the praise I can't call Amber Quartz a full 10/10 masterpiece, because such game must have characters and situations that burn in memory forever. And I'm not really sure I'd remember these characters in a month's time. The one thing that definitely burns in memory is recurring Tama pee theme and corresponding scene. But it is not something I'd want to remember a game forever for! 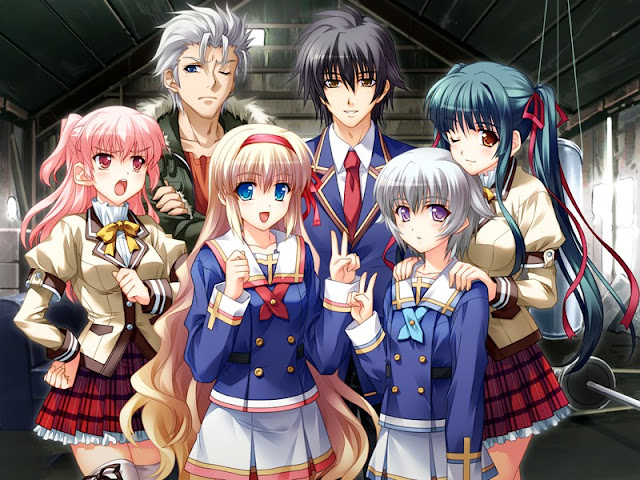