Foreword: There was very limited selection of games to choose from in December, but I chose Eien no Owari ni because of phrase unfinished masterpiece that I glanced in some review. The fact that Tama-Soft made Lost Child also matters a lot for me. There is a high school that will be closed down soon - one day, Keisuke transfers to that very specific school. On his first day, he visits the newspaper club, but Ryo, the club's leader, acts very coldly towards him. He soon finds out that the club has been doing nothing due to lack of club members. For some reason, the members are also very distant from each other...

He gets interested in their strange relationship and decides to join the club. After joining, the atmosphere of the club gradually changes and their new relationship is established. However, he accidentally gets to know the reason why the members used to be distant to each other. It happened just when he transferred to the school... 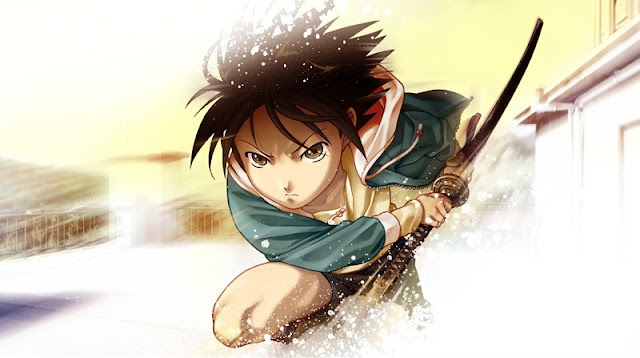 In the end it's a SOL nakige with a twist of mystery, so just not a fitting genre for me, but still a masterpiece! It usually says a lot. It's rare to find something original and with human-like heroines in nakige, but it's exactly such case. But let's not jump to conclusions before the main part. 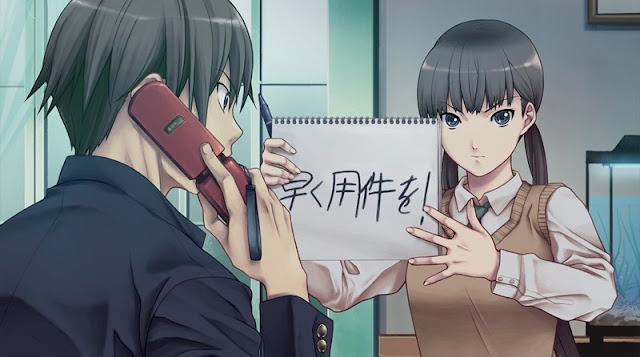 Concept is actually unusual. I can't avoid minor spoilers which are needed to promote uniqueness of this game. So Keisuke comes to school and tries to unite newspaper ghost club who suddenly broke apart after some incident last year. And first week of the game is just perfect, a supreme masterpiece. Then during second and third week nothing really new happens, and at all ends in super aggressive development and denouement. As for scenario parts, we start as Keisuke, but then after flagging a heroine we suddenly turn into past with another protagonist Keiichi. And we already know that something bad happened to Keiichi, which resulted in club stopping activities. And we eventually get to the point when this something bad happens. But afterwards we get to present already, but we can't be sure of protagonist identity anymore. It might be Keisuke, might be Keiichi, might be the same person. Keisuke disappears from everyone's memory. It remains as a big mystery. And basically in this game past determines future. Past incident is different for each heroine, so future differs greatly, but considered the bad incident it's unwise to expect a happy ending. 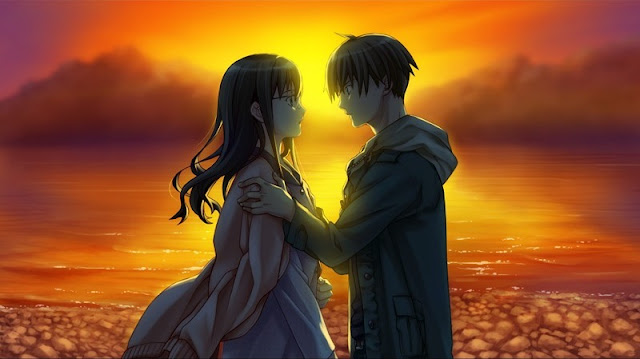 There are a lot of downsides of this game, hence the unfinished masterpiece label. Engine is even worse than in Lost Child in my opinion. I did not find text speed settings, so in the end text drew not instantly for me, and with higher than needed speed. Scenario is not impressive and has inconsistencies of common route with individual routes due to multiple scenario writers. Heroines are not flashy and lack charm. There are a lot of colorful side-characters, but none of them has voicing, so silence can last for a long time. Hozuki route is significantly shorter than the other two, and since Hozuki route is supposed to be the last, it creates a bad aftertaste. Absence of happy ending does not help evaluation either. There are only three routes which is below standard of four-five nowadays. No true route. 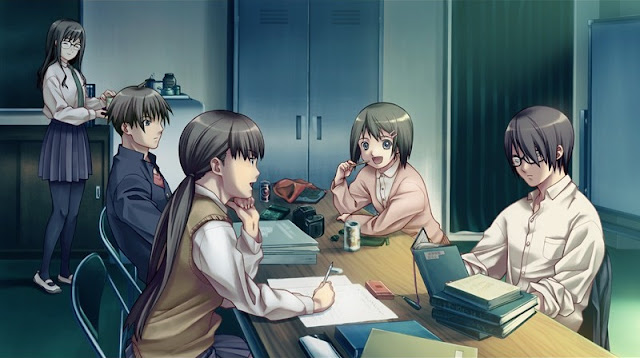 In game's defense, it is able to nurture sense of uniqueness and present great nostalgia atmosphere and bgm. First week is the paragon of an inspiring beginning. Game is able to remain mysterious thanks to the false protagonist move. Heroines in this game are very human-like, not tied by any cliche. Clumsy relations with these heroines are really cute. It's very rare nowadays when creators realize the inevitable bad impression, but stay true to their concept and don't introduce standard elements to appeal to everyone. Eien no Owari is the last and lesser known game of Tama-Soft, but discovering such gems is twice as pleasant. 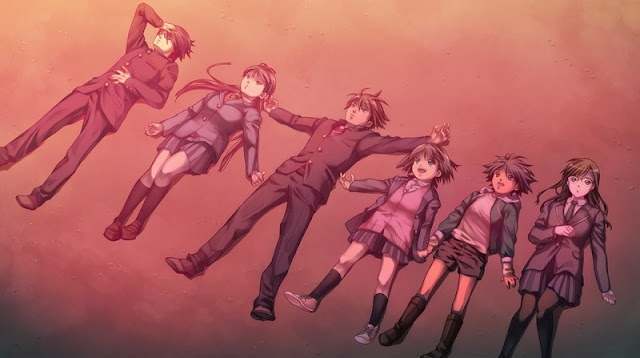