Foreword: FlyingShine was never a good brand, it only flew and shined with invited writer stars like Tanaka Romeo, Setoguchi Ren'ya and Takemiya Yuyuko. But its works always try to seem more mysterious than they are. Kokorono is just like that - a game that I can't see through from the start, so yet another time I try even though nothing good can come from it. 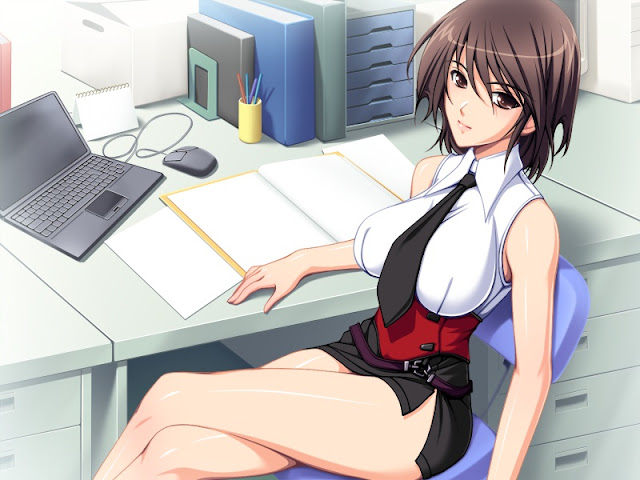 Really low scores. But you should mind that I was not even sure about this game genre. It turned out to be a mix of yandere and utsuge, two genres that I detest. If you fancy such games and come with this idea in mind, it might even be a masterpice. But I'd like to say that I absolutely don't understand the meaning of yandere games. They look like side-genre from NTR as general idea that girls loves main character, then another girl shows up, and out of envy some bad deeds are done. But 2008 is the very beginning of yandere genre, at least outside of nukige niche, and Kokorono is a distorted yandere as there is no rival and no jealousy. So let's speak about concept. 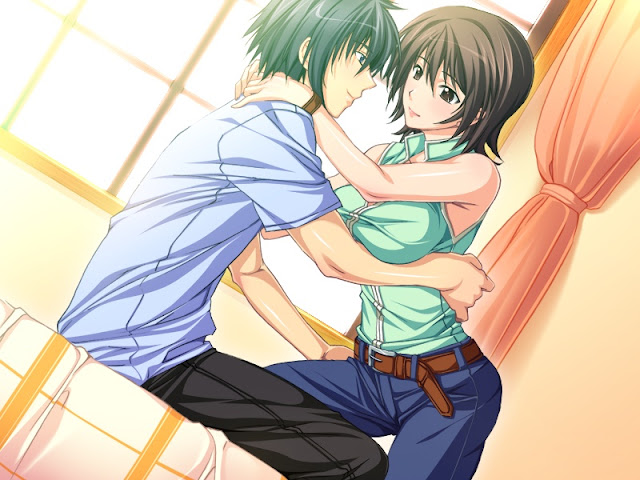 Main character basically lives with two childhood friends - Yuma and Makoto - who spend most of their time in his apartment. These friends also become main heroines of the game. There are also three side heroines that we meet at school and outdoors. Even after meeting these women, we still spend most of time with childhood friends. These side heroines have distinctive personality features and traumas that become basis for their corresponding routes. And these routes feel absolutely like normal galge, just with slightly strange girls. But what makes the essence of this game is main heroine Yuma and bad endings. As for the second, every story moves in a similar flow as main character meets a slightly crazy girl who moves towards destruction downhill. If we encourage her behavior, we inevitably see some bad ending. If we ignore the girl at some point, we get an empty neutral ending. And only if we balance attention with forbearance we can get to a good ending. It resembles training a pet, to be honest. And those bad endings can be both humiliating and bloody. But the second pillar of the game is Yuma. She is basically the only true yandere heroine, but she fills all the space around her, so she is very important for game concept and attractiveness. Basically, you can't like this game if you don't like Yuma. And this girl is nuts. Main character does not consider her a lover material, and just this makes her increasingly unstable. She is also the heroine who puts on her crazy face all the time even in everyday scenes. After that you can't really look calmly at her innocent face. Suffice to say that her story is the darkest one. And after clearing four heroines Makoto route opens up. He is actually a male, but for true route he magically turns into a girl, it's this stupid move. He is the lighter variant of Yuma with a transvestite twist, and considered the magical transformation he's introduced just to add more weirdness to the concept and leave at least something memorable (his bad male ending is more memorable, though). 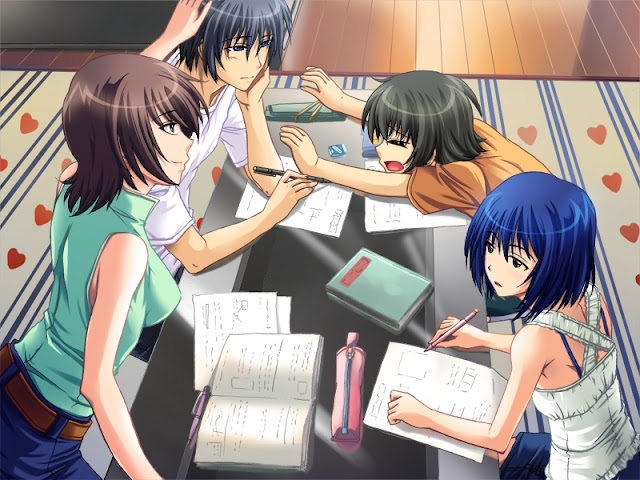 As for the downsides, for a game with score of 5/10 I can name many. CG are horrible. Characters are not attractive enough (except for Shizuko-sensei, she is the bomb). There's too much darkness and depression on a large scale. Content is subtle. Madness is better shown in Bifronte. Writing is mediocre. Protagonist is useless. There's no real mystery or story. What is to like here at all (except for Shizuko-sensei, naturally)? 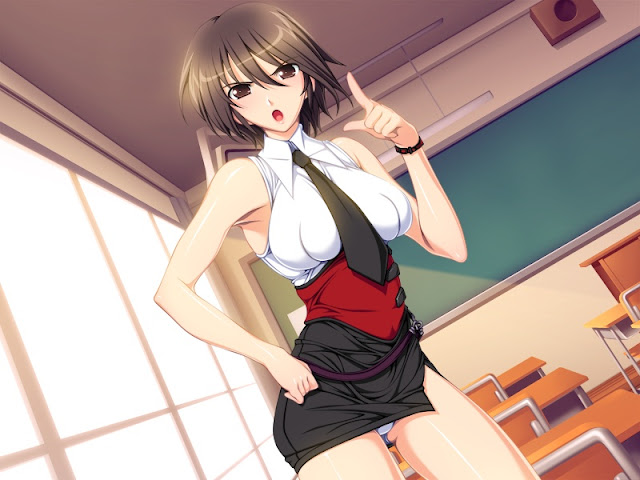 That was easy. But I'll try to name something good as well. Shizuko-sensei. She is sexy, but her personality is also great and positive. She is mature, and she does not mind sex education session if homework is done well. Can't stand Yuuko as she is a cheater. Miki is kind of antisocial tsundere with some serious brain damage, so not really cool. Character design is not bad... at least for the time heroines wear normal faces. Crazy faces look like ahegao to me, and ahegao is the absolute worst thing for me. Personal trauma stories are rather good. Yuma has some seriously twisted personality which draws most of emotions, and most yandere fans usually like her. As for me, I can't see the point of this game. It brings zero satisfaction and only negative emotions. Shizuko-sensei does not make reading worth it, but other heroines just suck, so it's a single heroine gallery. 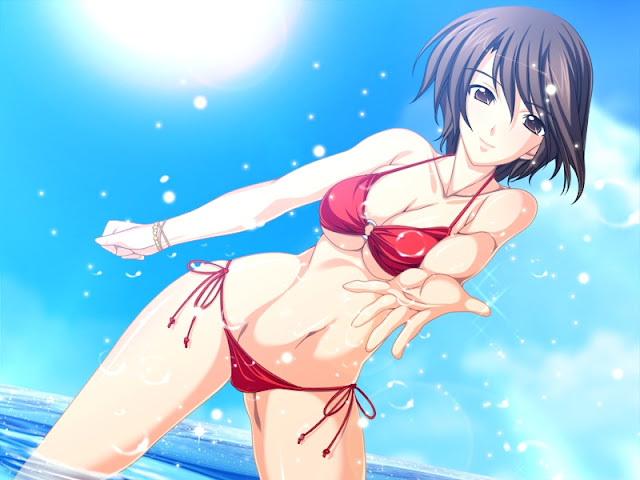