Foreword: The only chunige of the month, so I'll even overlook the fact that the last game of White Cyc I evaluated as 2/10 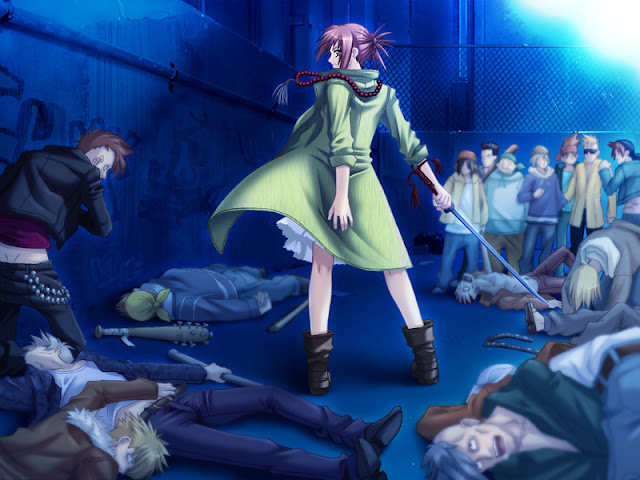 Tsukasa lives a peaceful life. However, he has a totally different personality at night. He is called Shade and fights against monsters from Hizumi (strain). But one day, his life turns around. He meets his old friend for the first time in seven years. He also becomes friends with other girls and enjoys his life. However, each girl gets involved in an accident and Tsukasa uses his sword for them just to make his peaceful life last forever....

I neglected the original work due to card battles, now it's basically the same work, but without card battles and with main Kiara route split by three with two new main heroines. There is also a new side route. There are many reasons for such mediocre scores. 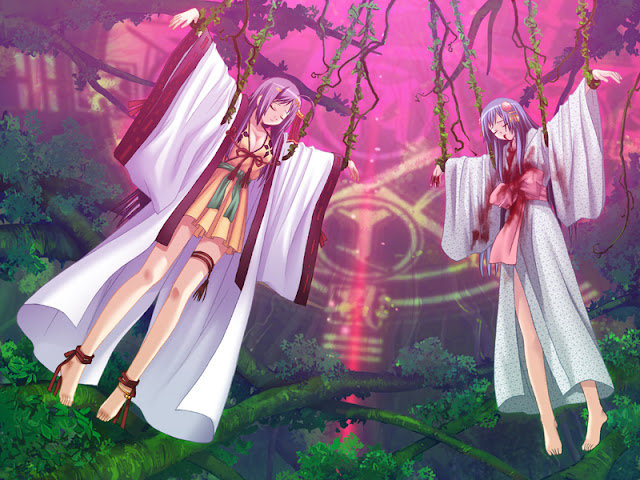 As usual, let's start with the concept. Main character studies at school and flirts with girls, but at nights transforms into a shikigami and fights monsters. Generally monster violation scenes are omitted or described without graphics, just once such light scene is shown. Of course eventually he draws a fish that he can't chew, but with the help of girl's awakening he totally rules. Quite an ordinary school battle chunige concept. And if you read the game just once it may seem to be a masterpiece. But then... 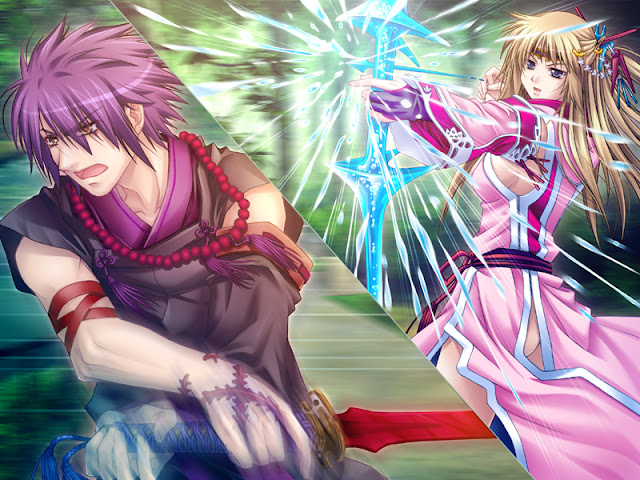 Getting to drawbacks. My main grudge is about game being too sleepy. I already used words mediocre and ordinary, and I can't stress them enough. Heroines don't really have outstanding personalities, and I still can't stand this Black Cyc character design. There is no humor. The flow is the same for all routes with a lot of scenes repeating. Text is plain. There is no reality feeling. Without battles focus on action scenes is pretty much gone. Battles have few CG. Seven routes is way too much for me. There is no integrity in the game. It's like a set of of stories with different endings. 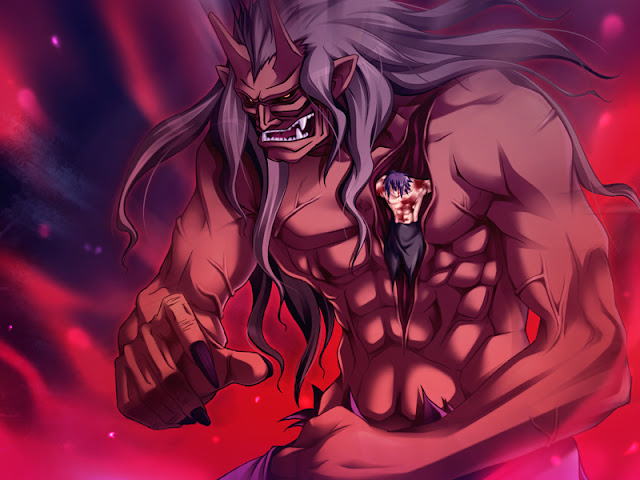 But of course game is not that bad. Couple routes endings were really nice. CG are not bad. Story is good enough to keep going. I failed to get motivated by it, but I've got a difficult history with Black Cyc and White Cyc. Don't take my word for granted, try it if you like the concept. 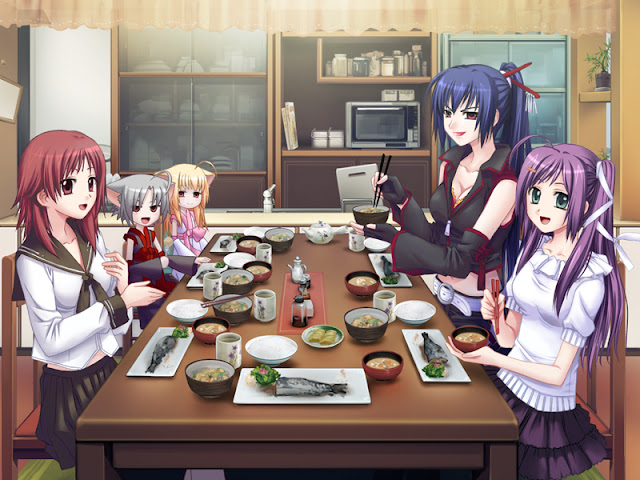