Foreword: I fell in love with this game after reading a long French review a long time ago (1). Imagination went wild back then, but only now I can finally play it. 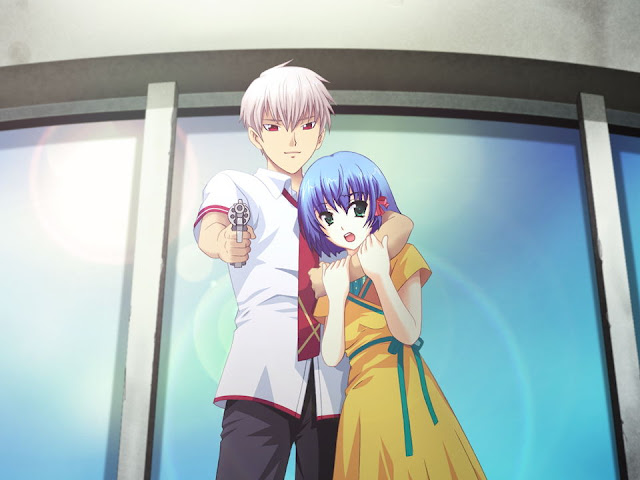 The story of 12Riven takes place on May 20, 2012 with Renmaru Miyabidou biking his way speedily towards the abandoned Integral building after receiving a message on his cellphone that Myuu, an old friend of his, would die at the building's top level today at noon. When he gets there, he checks his wristwatch and sees that it is 11:24 AM.

Elsewhere, Narumi Mishima is on her motorcycle heading towards the same location. She has received a request from a friend and coworker asking her to help save a girl named "Myuu" at Integral. Narumi must save Myuu to prevent the execution of the "Second Eclipse Plan". Narumi has never heard of this phrase before, moreover, the message was sent with the "XXX Lv6" marking. This was a rating scale for the severity of a situation and a level 6 marking has never been used. Even a large scale terrorist threat was set at level 5. The message also indicated to Narumi that someone named Renmaru may be there, that he will be on her side... 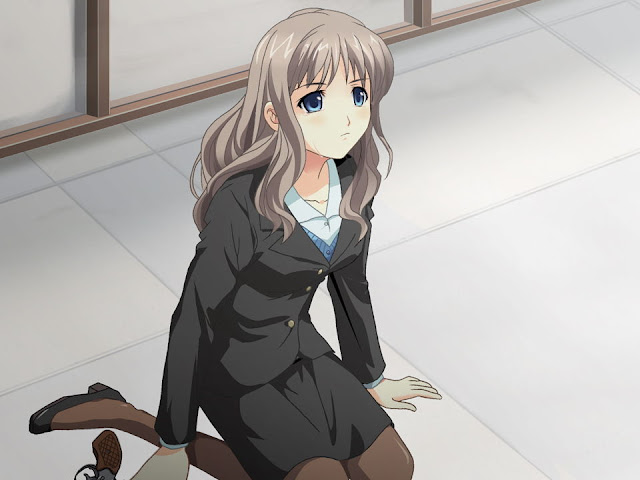 It's difficult to talk about this game without spoilers, but the whole point of the game is in gradual solving the mystery, so I refuse to talk about game concept or story in detail. So let's just settle with my impressions and focusing on game's strong and weak points.

Concept of the game and main scenario are prepared by Uchikoshi Koutarou who is one of the best known and most acclaimed visual novel scenario writers. But what interests me a lot is not Infinity series, but his previous game which is Eve Zero. I rated game really high, but it had several dire flaws including horrible graphics, failure to keep preset personalities alive and introduction of supernatural elements. Back then I said that it would be a superb story if it was set in original setting and aided by a competent artist. And, basically, it's precisely what happened to 12Riven. 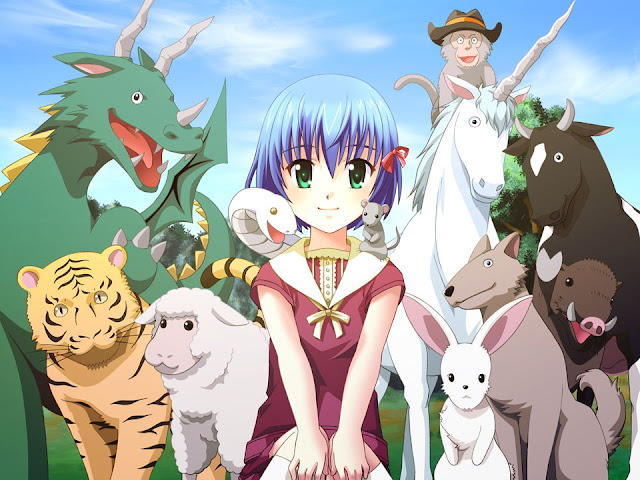 I feel strong continuity with Eve Zero. It's again supernatural mystery story that's told not by professional detectives, but by hot-headed action police woman (again) and a genius amateur detective with strong guts feeling (again). Renmaru only looks like an incompetent boy - his abilities and intuition are on par to dreadful Kojirou. But since it's original setting, it's free from predecessor boundaries. Protagonists swap naturally, there's no point and click horror, there's no limit on participating characters. And it yields fantastic results. Apart of great main mystery of the game, it astonishes with very likeable characters. All the female characters (apart of Maina, since she is used for infodumping function all the time) are really attractive and charming the way heroines can be only in All Ages game. We don't expect any bed scenes, so it's a rare opportunity to get to know girls while in the process of solving a mystery in contrast to usual cheap tricks. Everyone is voiced, so male character for once aren't just side characters, but equal actors. 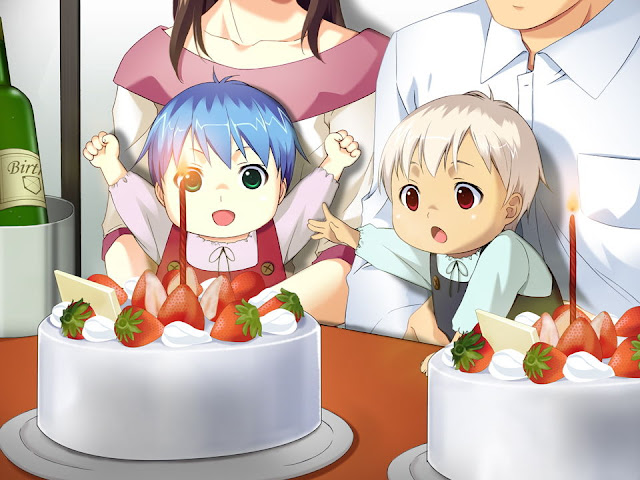 But why is not it perfect score then? Well, first of all, it's a traditional flaw of "mystery" games that as soon as main twist is revealed, excitement is gone, and thus final impression gets dulled. Next, there are three routes - Renmaru, Narumi and Integral. And each of those routes has 2-3 endings. Naturally, many elements get shared, and by the Integral route it may even feel sleepy at times. This Integral route is also twice as big as personal routes, with many explanations, so it requires more endurance. And finally there is roughness in in time paradox and integral concepts. Mystery is great, but Uchikoshi never tried to explain every nook and cranny like Steins;Gate did, so an attentive reader can find some loopholes and inconsistencies. These aren't decisive downsides, but perfect score game must bring excitement, and there's not enough of it in the game. 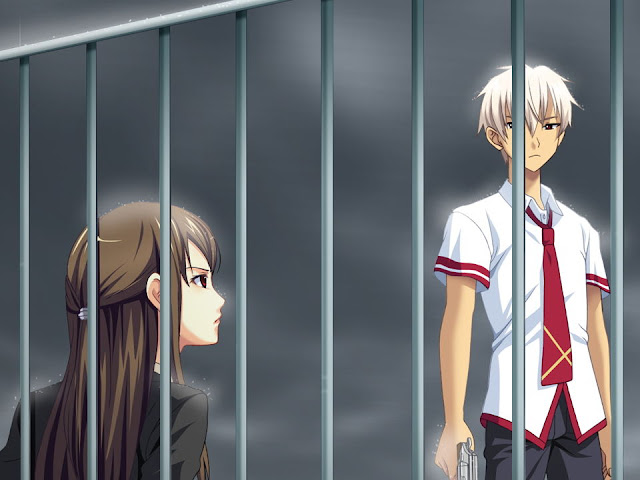 12Riven is an absolutely superb mystery game. It's very pleasant to read and explore step by step in the company of really nice characters without the need to capture any heroines. It's the pinnacle of Infinity series and just a game that proudly presents the medium to the outer world without usual cliche or perversity elements. It's what I always wanted visual novels to do - combine serious literature and modern technologies presentation. 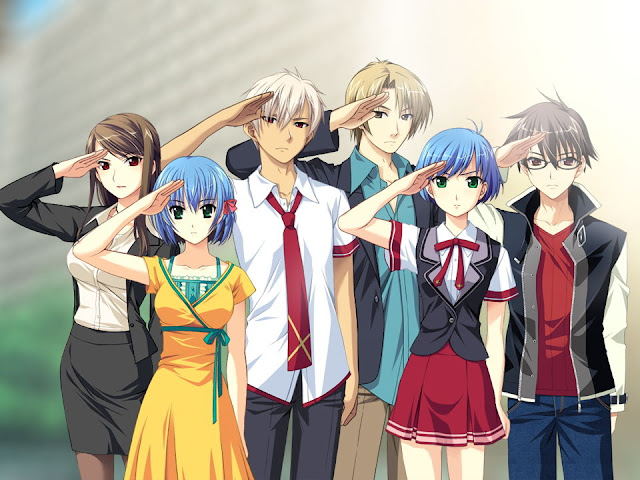