Foreword: Battle CG and presumption of some other dimension made me choose this game. 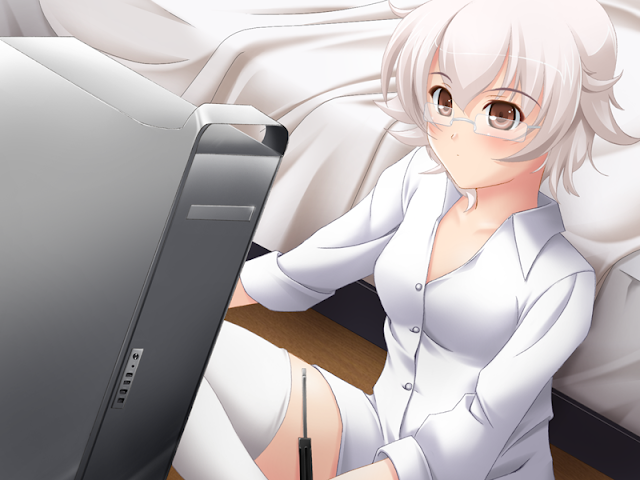 The main character is a university student. One day, when he is asleep, he feels something strange. And when he wakes up, he finds some girls standing in front of him. What leads the girls to his room...? For what...? 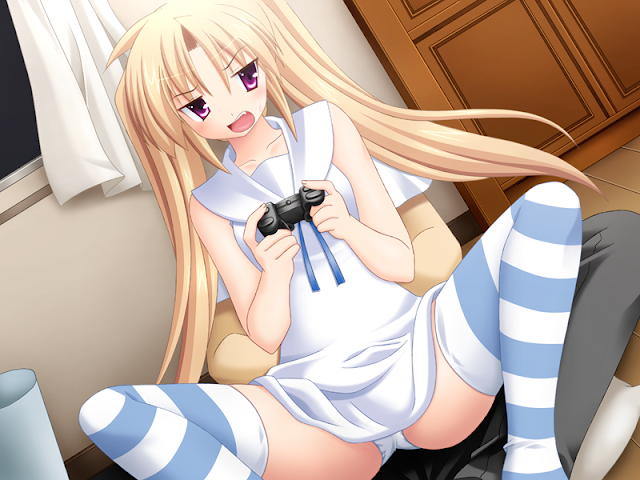 Wow, what an unusual experience. Let's start with the title, it's "Switch! What I think of summer". We inevitably picture some rural moege, probably with some trap or body exchange. And there's nothing like that in the game. Main character Tatsuya goes to school with childhood friends, meets other girls and plays video games at home. Bah, what a banal setting. Except for one this - all this also happens in the game that protagonist plays... Wait, what? So he's basically just our alter ego? He actually plays a romantic school ADV comedy which suddenly turns into eroge after opening movie, and some girls become really proactive. But what happens in the second part of the game is... real world... where girls from game world are present... Well, that's the best I can explain. Which is not that bad compared to game's explanation... which does not exist. Game utilizes a very strange difficult to understand setting, and it's not really clear, why. Is it just for that fantasy battle between a mage and a warrior? 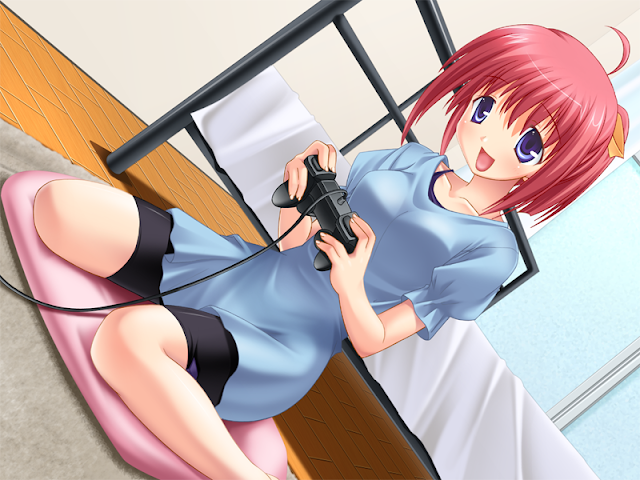 The development of the game is pretty simple. Period is about 20 days, and each day we just wake up, go to school, face some event, return home and sleep. Main part feels longer than needed. There are a lot of gags scattered around. Fun atmosphere dominates. H scenes can pop up unexpectedly. There are all signs of moege, so it must be one, right? Not sure, connection between events is weak, explanation does not exist, and questions without answers pile up. Tatsuya is a sissy, and everyone manipulates him as desired. Only childhood friend Sui likes him from the start, and tsundere Eri is drawn to him out of jealousy. Choices with heroines in game world affect relations in real world Relations develop in opportunistic manner. Endings are sudden. 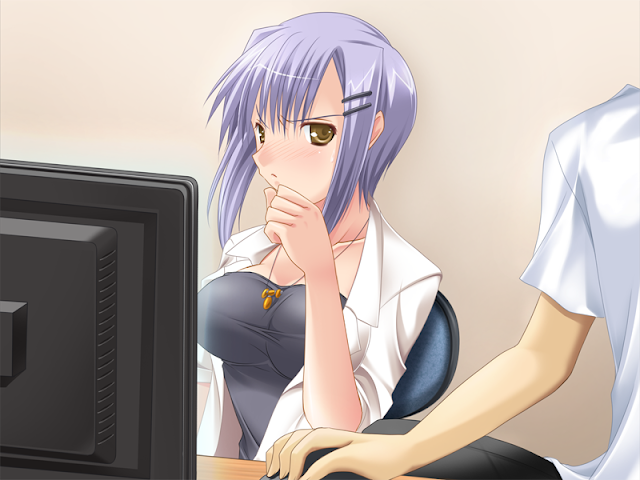 But then comes heroine Natsu route who hardly had any screen time at all. And she suddenly becomes main heroine while holding the keys to the setting and to the meaning of "switch". Moreover, we get to suddenly realize that title is not "What I think of summer", but "What I think of Natsu". She is this big of a loli heroine to be in title. And to throw another hook I'd even say that during the game we meet three different Tatsuya. It's not a spoiler since you would not guess why, anyway. 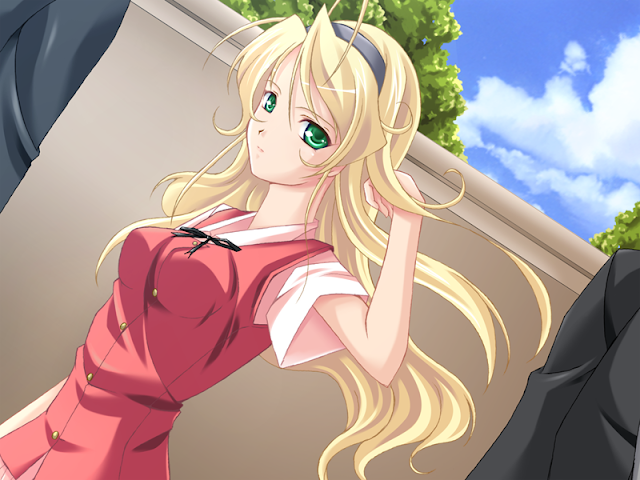 So, "Switch!! ~Boku ga Natsu ni Omou Koto~" is a really strange game. It actually is a serious story that hides under a gag comedy facade. It's poorly directed and written, with average graphics, but it bears that mindscrew puzzle that an attentive reader might want to collect in his head. And I love such experiments. We need different visual novels. And this one is different among different. 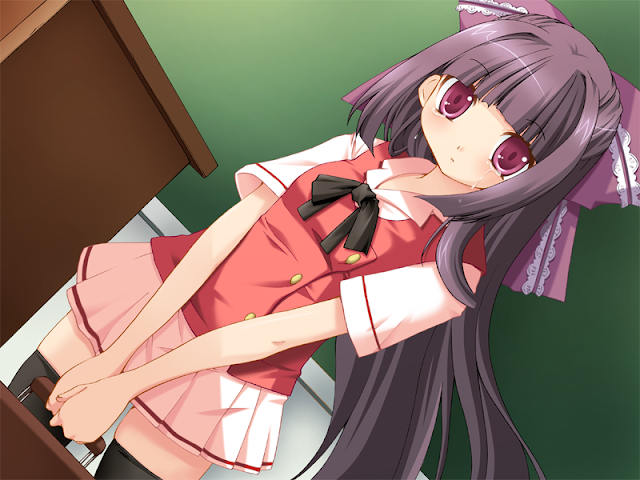