Foreword: Choosing a chunige from Caramel Box can't be wrong. 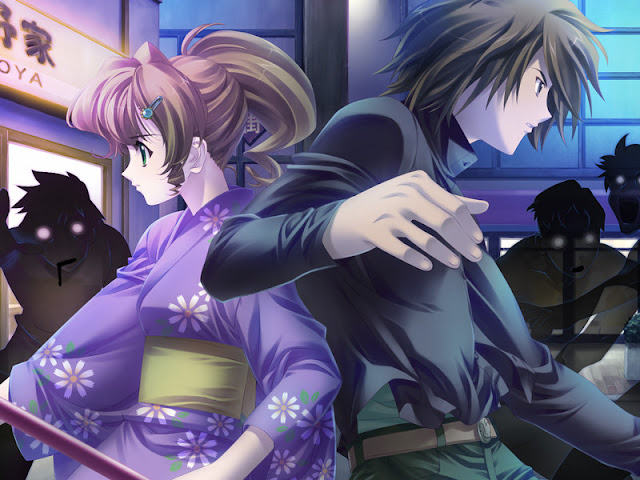 Synopsis: In 2022, the world is afflicted with a mysterious phenomenon. Adjoining multi-dimension world assimilates and becomes another space, dimension assimilation phenomenon called "Petulation". Humans can't approach these areas and their number keeps increasing...

One day, Kuroudo receives summons from the government to help the related scientific investigation at Shin Shinonome Academy located on the newly reclaimed land in Tokyo bay.

He has no idea what is going on. But the world gets closer to the destruction little by little. All he has is his skill of swordplay and one sword.

There he meets others, whom just like him are destined to fight for the future of mankind... 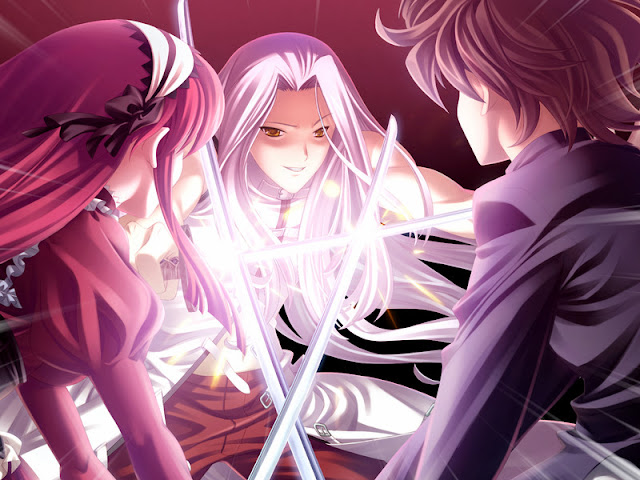 Another Caramel Box game, and again a 8. But this time it's much closer to 9. There are already good English reviews on the game, so skipping introductions.

My main impression from Shuumatsu Shoujo Gensou Alicematic is how much in common it has with Aekanaru Sekai no Owari ni despite the fact that scenario writers are different. First of all, both games have virtual world dimension. Second, both games present unique settings with very rich in detail worldview. Third similarity is non-cliche and developed personalities of heroines (well, Rikka may be an exception). And structure is unusual for both games. 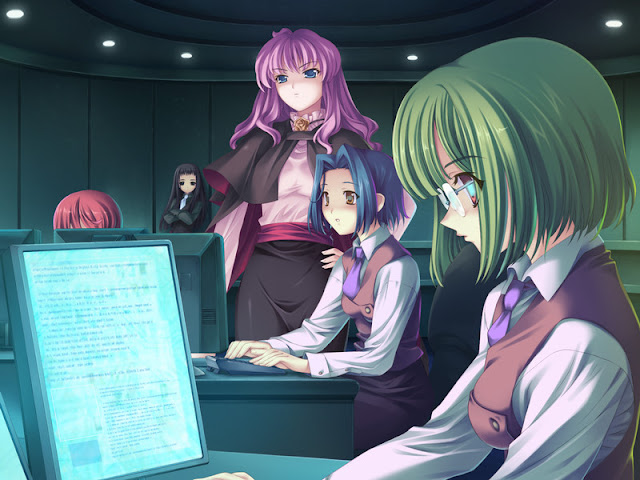 But Alicematic learns by past experience. Scenario is now more epic and overall more exciting. Male characters are voiced. We even get to see and hear protagonist for the times when protagonist shifts. There are good action scenes including sword fights. Unlike Aekanaru Sekai no Owari ni, Alicematic does not really require to have special mindset anymore, it's quite entertaining for newcomer readers. But there are also problems.

CG aren't enough for me. I had trouble even picking some CG for this review as there are few cool CG here. Another strange thing is game's font that's really uncomfortable for the eyes. But probably main problem is how unexciting is the first half of the game. It's some strange academy where we meet teacher with some girls, get tons of seemingly unimportant information, and just spend time with our pal Nobutsuna doing usual boys stuff occasionally even in Green Green fashion. Things really take time. 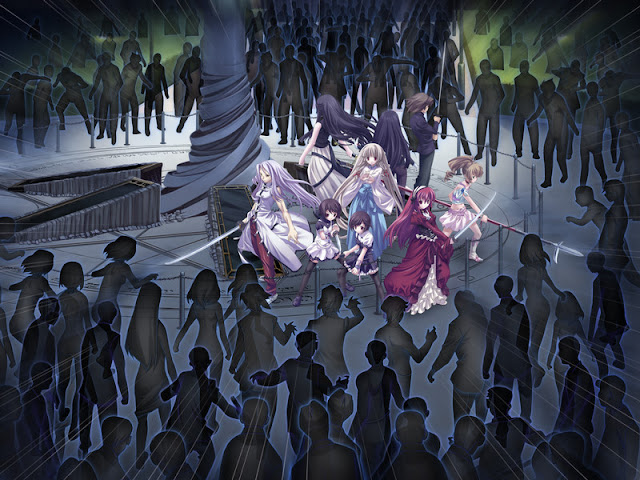 In the raw outcome we have once again a very special game with unique worldview. It's more heroine focused than story focused, but heroines in this game are worth it. Game complexity and lack of excitement can easily scare unprepared readers, but there is enough depth to keep the interest. I should especially note cool and able protagonist. Game is not for everyone, and that's not a bad thing. 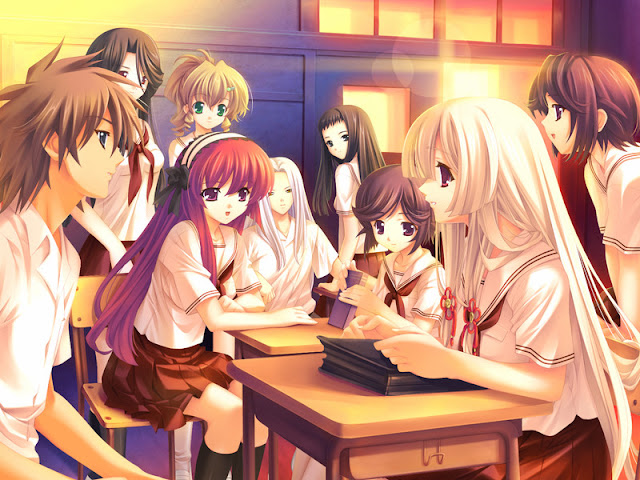