The general premise is that the main character Yuuma is invited by his senpai Ayano to join the ghost club which isn’t a club about actual ghosts but rather a club for people with regrets. He then gets pushed onto him the responsibility of being the leader of the club and to find enough members to legitimize the club with the criteria Ayano sets for joining the club being that they have to be a cute girl and need some kind of regret. He then invites Akutagawa his close male friend because they somehow need to fill the spot despite protests from Ayano and the rest of the members that they invite are Hikari an adorable Kohai and Inori a mysterious girl who always wears a scarf who have studying abroad and recently gotten back to Japan.

The common route does a good job of introducing the characters and also does a great job with its comedy and setting up things for the heroine routes. Due to good chemistry between the characters which leads to some really well done comedy in my opinion I think this is the best part of Hanasaki work springs. The common route is also rather long so you will get to know the characters quite well before the routes start.

Characters as well as my thoughts on their routes

Hikari is the adorable blond kohai. She has a really good mixture of sweetness, nervousness, bravery and clumsiness which made me really enjoy her especially during her route. There are lots of really good dating scenes with her during her route and I think anyone who likes adorable heroines will love her. The main focus for her route as well as most others is more so slice of life couple scenes seeing their first few dates etc. and just following how their relationship develops. As for the story aspect of her route I think the concept is quite good and fits well with certain quirks she has, however I think it builds it up as if the thing is going to be much more serious than it actually is (you don't know what it is until pretty much the end of her route but there is clearly something bothering her). Because of this I think the later part of her route has a bit too much of a heavy mood compared to the actual events as well as considering what I think would be best for her route, though considering this is only a small part of her route I would still say I really enjoyed it.

Ayano is the purple haired senpai. She is the one who invites the main character to her club then dumps all the responsibility on him. She is rather lazy, irresponsible and quite flirty towards the main character. While she is a 3rd year she has been repeating the 3rd year of high school for quite a lot of years (she is probably in her early to mid 20s), she is actually quite smart and scores good on tests and did so before she started repeating as well but she pretty much refuses to graduate. Her route is the one that in my opinion has the best story, using mystery elements and building the story throughout her route quite well. As for the character herself I think she is somewhat charming and I think lots of people will like her a lot though to me I didn’t really feel as much of a connection to her as I felt for the other main heroines. I think this to some degree comes from the amount of romantic scenes between the characters being less due to there being more of a focus on the story, but also just personal taste.

Inori is a mysterious girl who wears a scarf. She has been studying abroad because her parents moved overseas and has recently returned to Japan. She is quite a loner and keep her distance from most people including the main character who she considers annoying. Of course as the heroine route progresses she opens more up to the main character. As for her character I am mostly positive to her as I think once she opens up more she is really adorable and has a lot of likeable qualities, though there are some elements of her personality that I find rather annoying and while I think her backstory does a decent job covering these parts of her personality I think that this part of her personality just goes too far in some instances which reduced my enjoyment during some of the more key parts of her route. Regarding the story aspect of her route. I like her backstory though there are other elements that I don’t really like that much. So in conclusion I think her route was overall good, though there were elements of her route and parts of her personality that I felt prevented it from being great.

Wakaba is the red haired girl and she is really close friend to the main character. She very rich, outspoken and her personality is quite tomboyish with her relationship to the main character before her route being that they are just really close friends who do things like going to the arcade together and just generally hang out together, almost always accompanied by Akutagawa and Kanna. As for her route I think the main segment which is the relationship building and them dating is done wonderfully and I really liked their relationship (at times she is absolutly adorable), however I think some dramatic parts towards the end was just stupid.

Nonoka is the non-related by blood little sister of the main character. She does all the housework and cooking and while she is his little sister kind of takes on the same role a mom normally should, worrying about his problems and taking care of him and hoping that he gets a girlfriend soon. As a support character I think she does a wonderfull role with both funny interactions with her brother as well as the other girls in their routes. She does also have a short route which unlocks after the other routes. In my opinion this was rather lackluster and they didn’t really do a great job with her route considering how good of a character she had been in the rest of the VN.

Kanna is the maid of Wakaba. In the common route as well as in Wakaba’s route she does a good job of playing a support character providing comedy and giving advice to Wakaba. In her own short route which also unlocks after the main routes are done I think she also just like Nonoka has a rather lackluster route. While there are some good elements like her backstory I think these are brief enough that they instead could have just been covered in Wakaba’s route and that doing this and cutting out Kanna’s route really wouldn’t hurt the VN.

Akutagawa is not a heroine and has no route dedicated to him but is just the main characters best friend and I think he is worth mentioning. He is a rather cool character and plays a good support role often either being a comedic character or being someone the main character can ask for advice. His preference for women is older woman in their 40s or 50s which I am pretty sure is to make people feel like he isn’t a potential romantic rival to the main character.

My overall thought on the VN is that I really like it. The common route is really good does a great job of introducing the characters and has a lot of great comedy because of the great characters in the VN. The main heroine routes have for the most part really good building of romance and a lot of really adorable scenes between the main character and the girl of the route though unfortunately the drama/story aspect generally doesn’t work that well. The sub-heroine routes are rather lackluster and honestly aren’t in my opinion nearly as good as the main heroine routes. Overall if you know Japanese I would recommend this to anyone who likes fun likeable cute girls in VNs and just want to see some good cute romance scenes with them, but if you are looking for deeper backstories and to be able to connect to them through sad backstories or deep complex character building this is probably not for you. 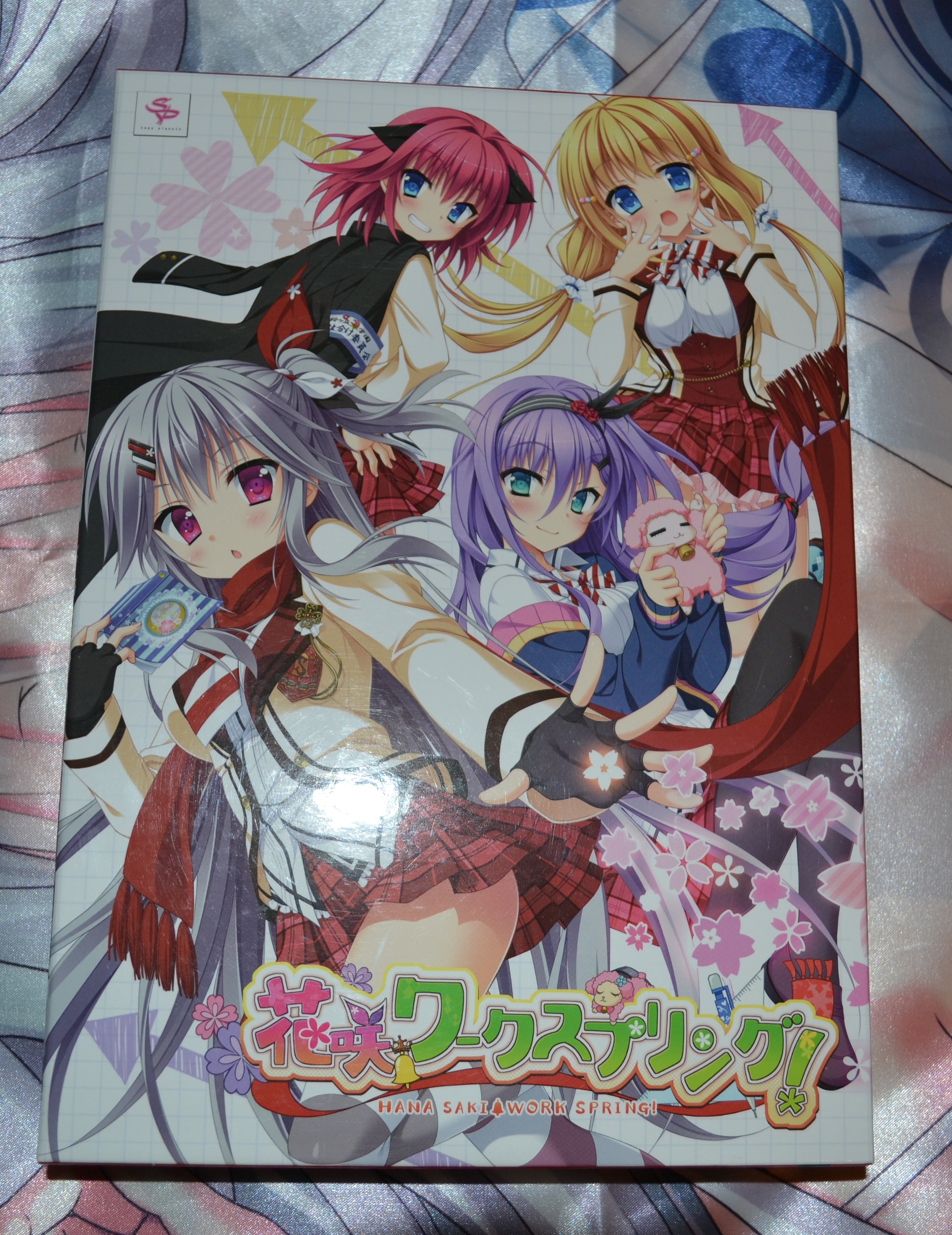 Pretty much the whole outer box 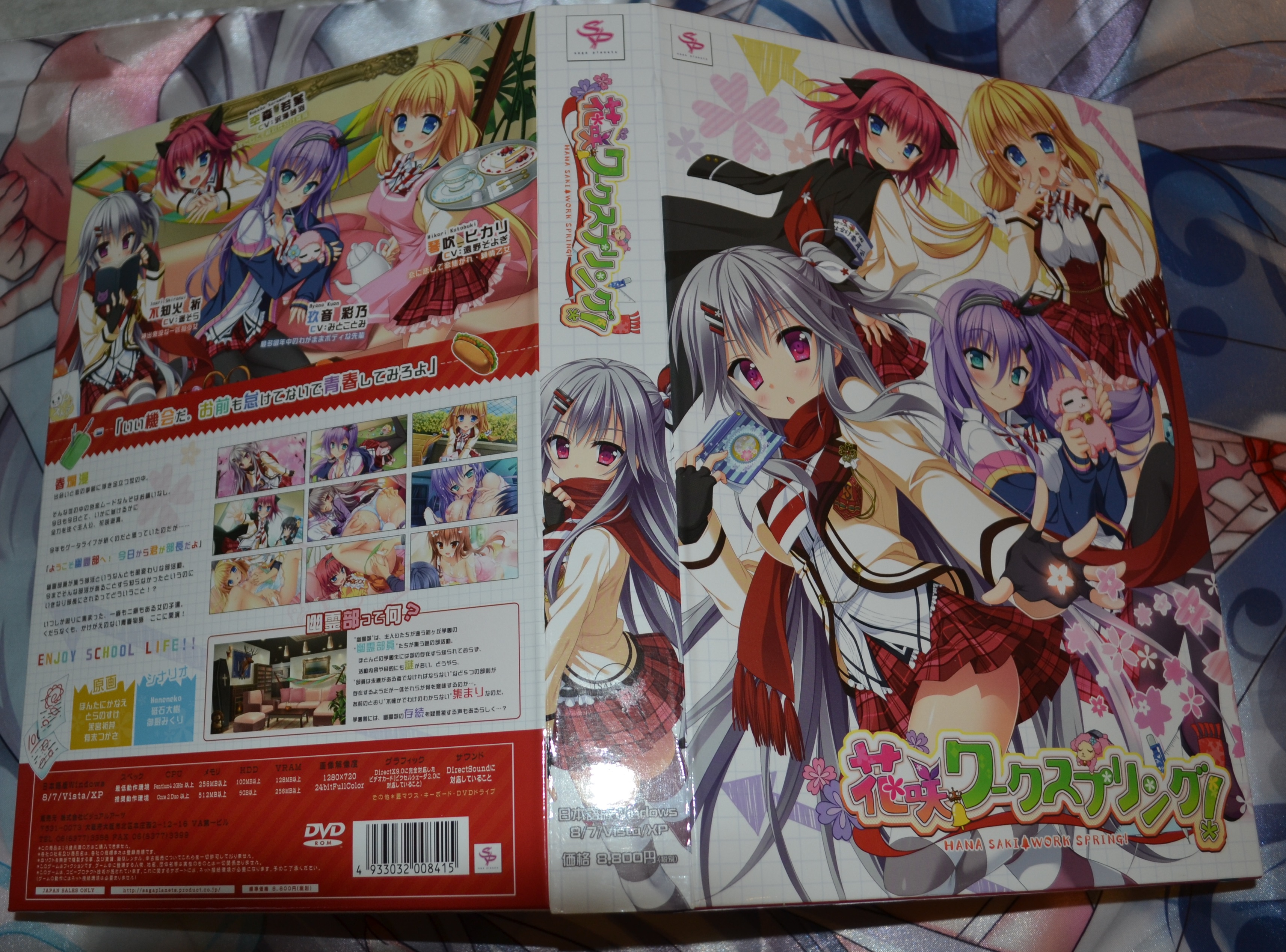 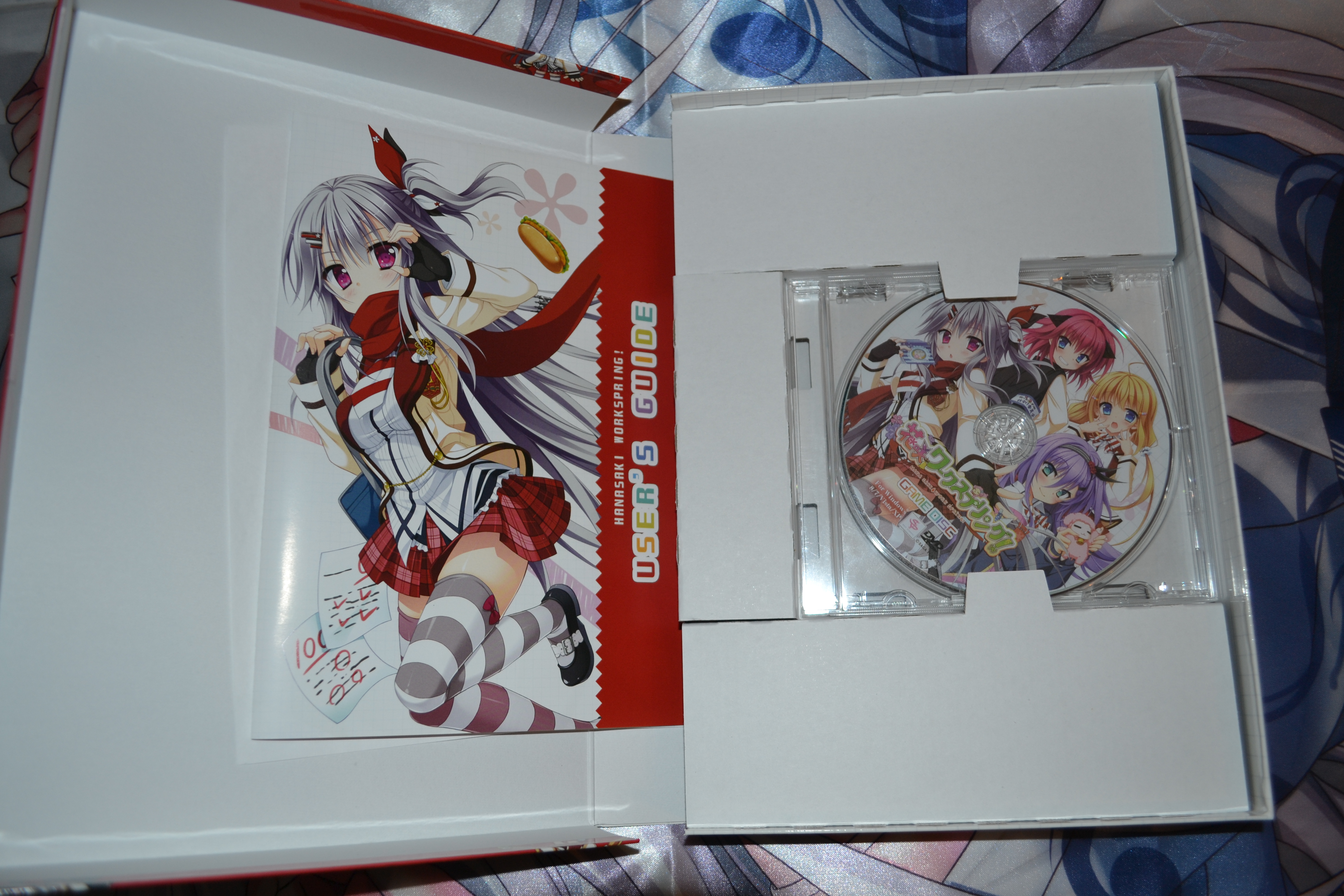