Foreword: I took up Tsuyokiss blindly hoping for a decent charage akin to Majikoi (same writer and also girl with katana) due to the high score this game gets. Moege equals trash for me. With such a high vote Tsuyokiss can't be a moege, right? 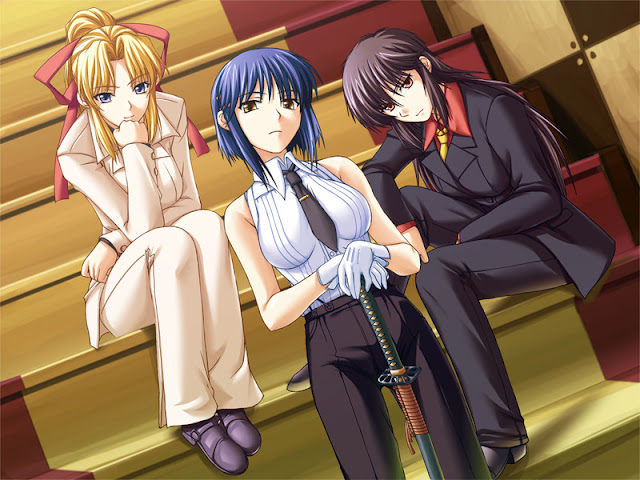 Synopsis: Tsuyokiss is about the lives of a group of high school students and the often comedic events that occur around them.

The protagonist is an ordinary boy named Leo Tsushima. He is secretly in love with the eldest daughter of the Kiriya Corporation, Erika Kiriya, who is also the student council president.

One day, a senior female student, Otome Kurogane, knocks out several of the main characters when they were trying to sneak into school being late. Surprisingly, it turns out that she is Leo’s beloved cousin that he had not seen for years. And she decides to move in to the same house with Leo, whose mediocre life starts to change into something a lot more exciting.

Tsuyokiss is a pure trash moege. If you want to see a favorable review, go elsewhere (1 2 3). I've got nothing but obscene words for this trash game. 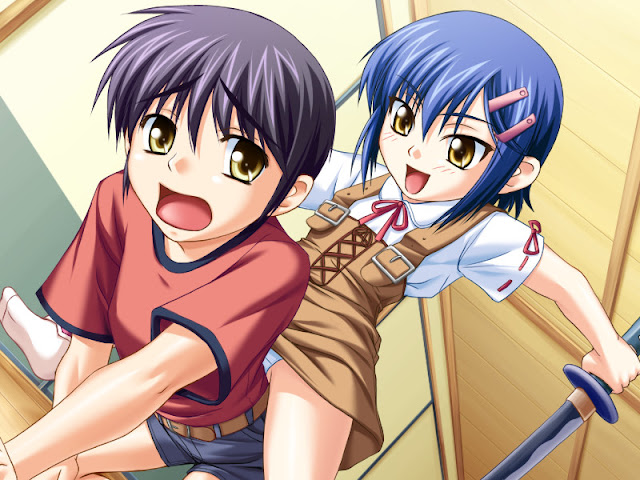 Basically all I can do is list multiple flaws of this game:

1). There is absolutely no story. We go to school.

2). There is actually no main heroine. Otome does not really stand out among heroines in any way. Her katana is just a decoration to describe her club. Yoshimi route opens up last and tries to introduce some drama which gets smashed down and thrown in the recycle bin next. Good job.

3). There is no humor. Well, unless crying loudly some crap with a funny voice counts for it, because that's in abundance. Parrot and our poor kani contributes to the most of it (Kanisawa Kinu is called Kani for short, and that actually means crab - it suits her so well). I tried to dissect SOL scenes in search for some humor, and there is no humor that makes sense and can be explained.

4) Tsundere is still a thrilling personality for me (probably because games that I played had usually one decent tsundere). In Tsuyokiss there is only one tsundere Nagomi, strictly speaking. But Otome and Erika have strong elements of tsundere as well. Well, I just can't understand how it's possible to play out tsundere concept that bad with such bland characters. 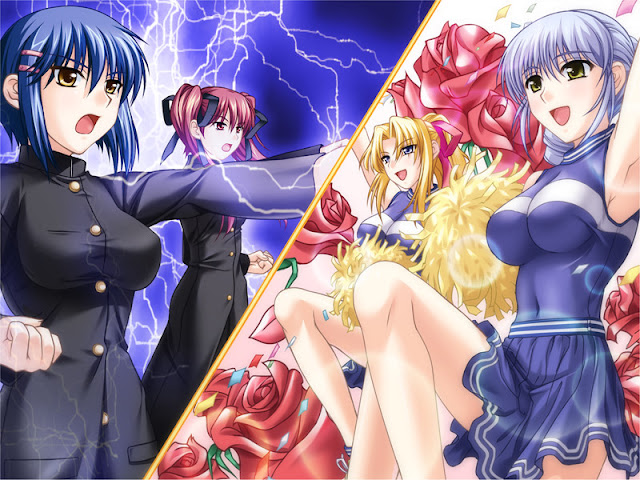 I played the Complete edition and can only guess how bad original PC edition initially was. PS2 release got the highest score, because heroines save some decency without this marathon of banging. It's a complete mystery to me how a moege can be given somewhat high score, anyway. I follow Candy Soft works since their start in 1997, and they could only make peculiar funny nukige. Well, congratulations to Tsuyokiss, it follows the trend just perfectly. And it looks as Candy Soft just decides to cash out while it scores, so it releases the same games with some alterations of 2gakki and 3gakki later on - how shameless is that? That actually puts it on even worse stature than Circus. Circus at least changes names and hair colors in their endless flow of monotonous crap. Well, the minute of anger is over. I don't want anything to do with Tsuyokiss franchise ever again. 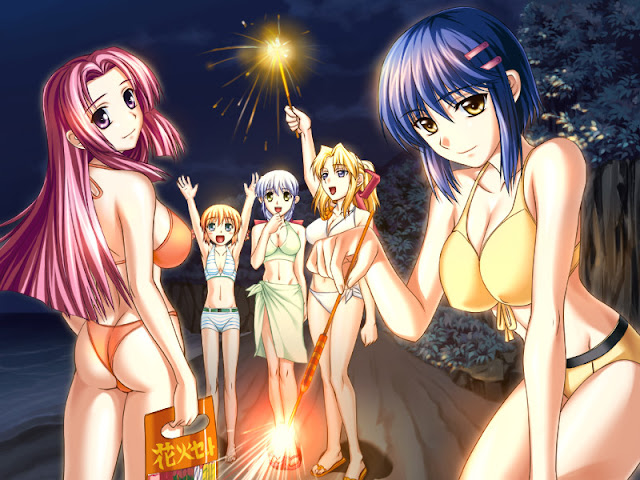