Foreword: Again, there are already enough English reviews of this game (1 2 3 4 5). But what I noticed is that the most thorough reviews are based on the Chinese version of the game by the speakers of Chinese language. My impression presents more of a Westerner approach. 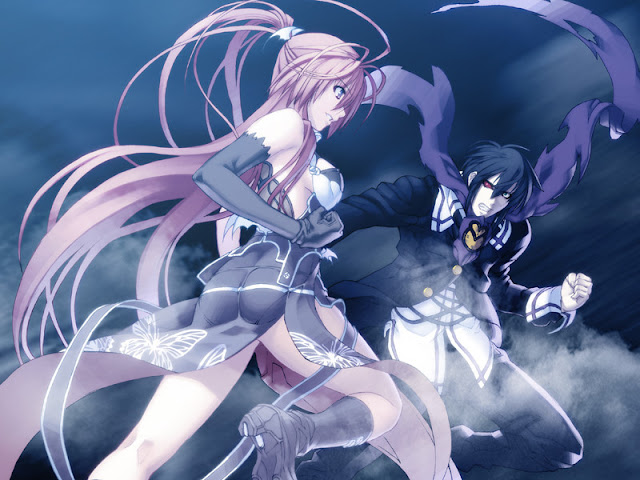 Synopsis: The main character is a Japanese college student, who lost his parents in an accident and since then has been cared for by his landlady. He has a strange set of eyes, with one green eye and one red eye. His little sister Megumi, goes to boarding school in England, but still comes back to visit him from time to time. His best friend Ryou has always been supportive of the main character and has stuck by him through thick and thin. Still the main character is an unusual person for he has strange dreams in his sleep, seeing visions of a beautiful black haired maiden with a black umbrella, who speaks to him in his dreams. This begins to become more prevalent when he starts seeing her in the waking world, and does not understand what is happening to him. This leads him on a path to discovering the existence of the Narazaru and playing a vital role that will either save the world or lead it on the path of destruction. 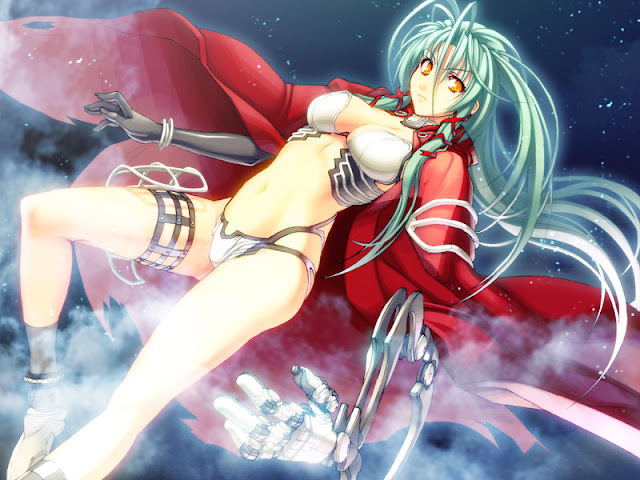 So I evaluate protagonist and game quality highly. The only drawbacks are that protagonist is a weirdly looking donkan and that graphics relies on 3D images and is overall inconsistent. As for the story and characters, I have big questions and irritation accumulated. 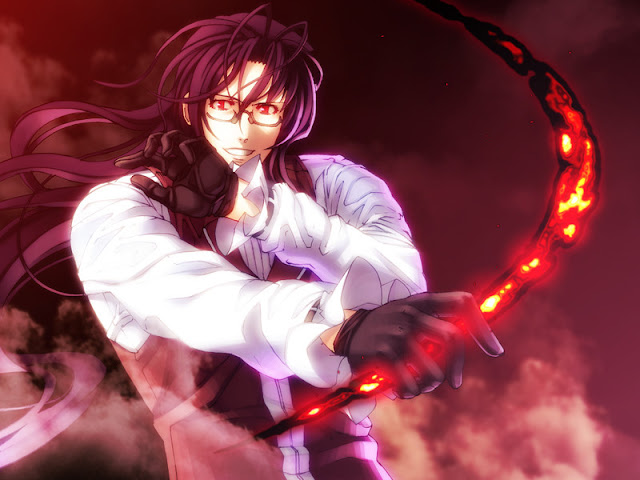 Main things first. Game feels too Chinese to me. And it's not even about the Opening in Chinese. What kind of protagonist is that? Have you seen Japanese college students? Well, Katsuki absolutely does not fit anywhere in that image. He is basically a superhuman. He is huge, absolutely fearless and logical, with eyes of different colors and a monstrous manhood. But he fits well as a traditional Chinese protagonist who is so epic that needs only epic enemies to save the world in the most epic way possible. 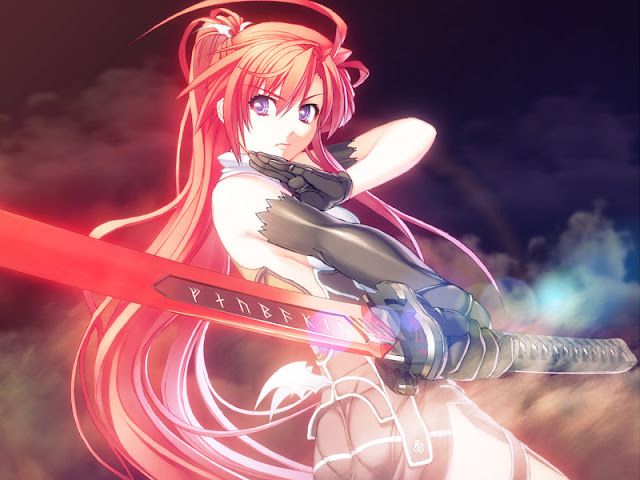 What kind of characters are these? Why are heroines just weird representations of nature elements - fire, wind and earth (Hanawa Momiji does represent earth as she even fights with motherly nurture motives and powers - both parts of her name have distinctive nature theme)? Why water is associated with death in the game? Antagonists are fish people, and all the choices about water always inevitably lead to death. This elements analogy feels so stupid and banal that it makes me want to scream. 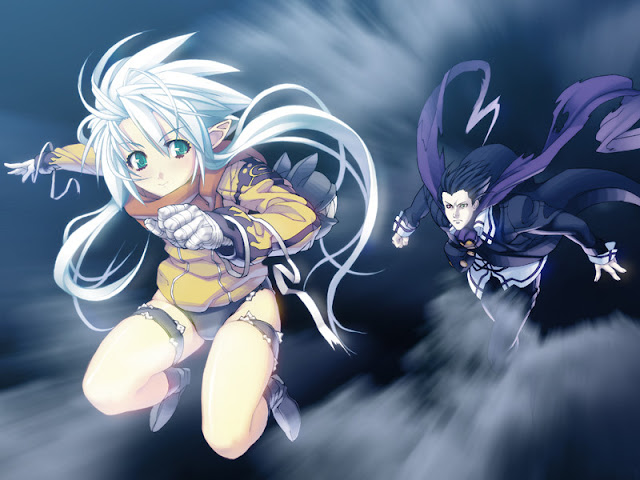 The SOL scenes of the game are the best part of it. The blunt attitude of protagonist makes for the most jokes of the game. But when it comes to action scenes, it's always the same fish people and faceless human-shaped robots with as much flashy special effects as possible. 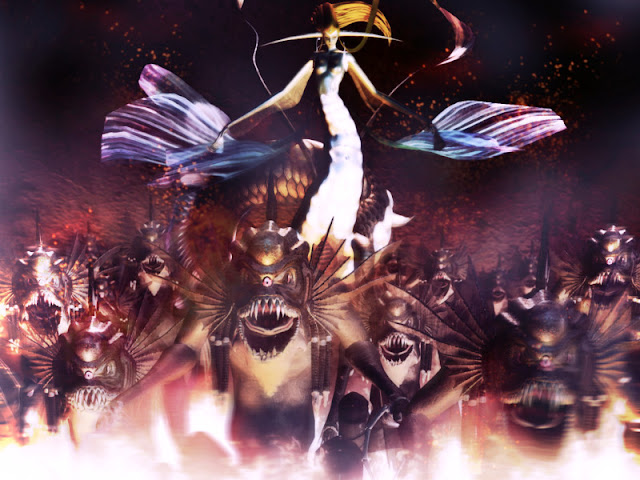 Of course, I oversimplify things. There is a lot of unexpected development and side characters in the game. It's fun to read while it lasts. But if you try to ask questions and look at it from global perspective, it loses a lot of charm. I just can't sympathize with heroines that have no past and who are just random generalizations of some elements instead of humans with distinctive personalities. 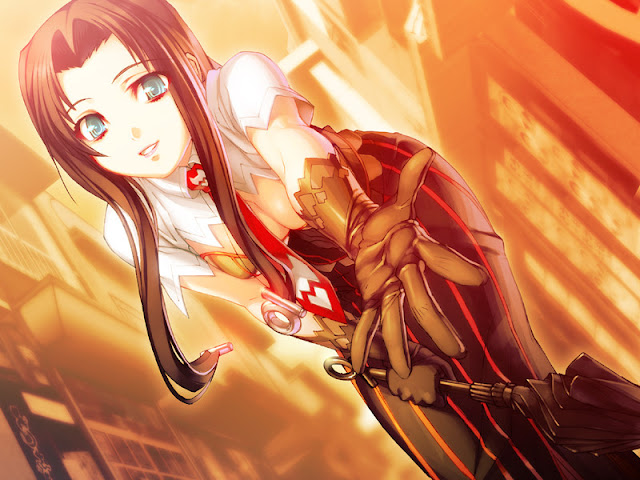 It's also strange to see how male characters got such sleazy looks out of the blue. There was nothing like that in artist previous works. It's either Chinese/Korean stylization or BL influence introduced after first Nitro+Chiral BL game presentation. 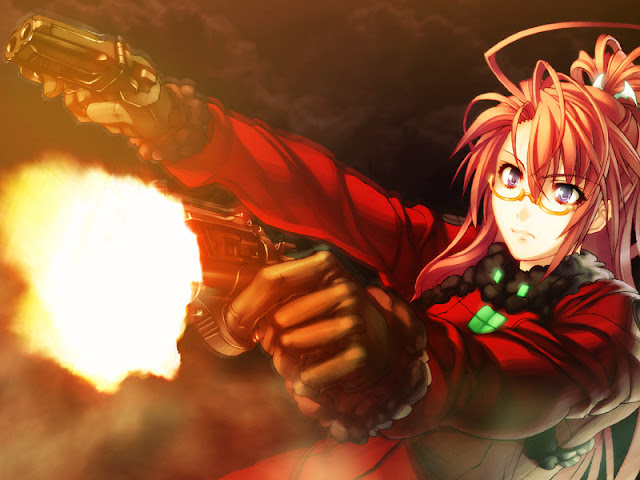 As a raw outcome, I see why Jingai Makyou gets mostly average-to-high scores. It's one of the least known Nitroplus visual novels. Game has repulsive looks and feels really alien. But deep inside it's actually more Japanese than expected. Heroines endings are distinctive and memorable. Writing is brilliant, and action is fast-paced. If you don't mind Chinese motives and heroines generalization, it's a very worthy chuunige. I have strong rejection to manhua and manhwa, so it's much more difficult for me. 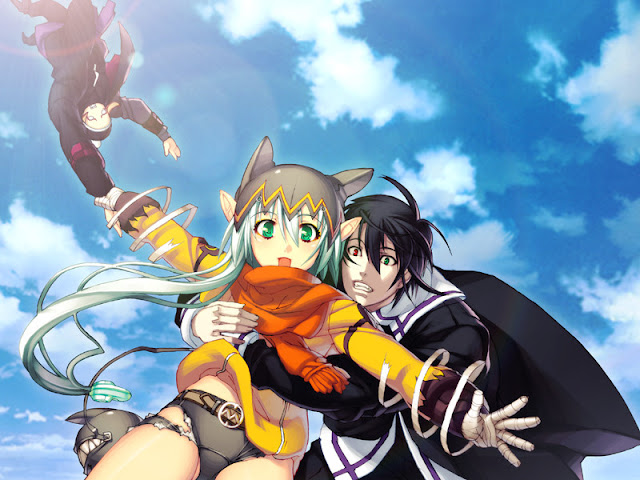