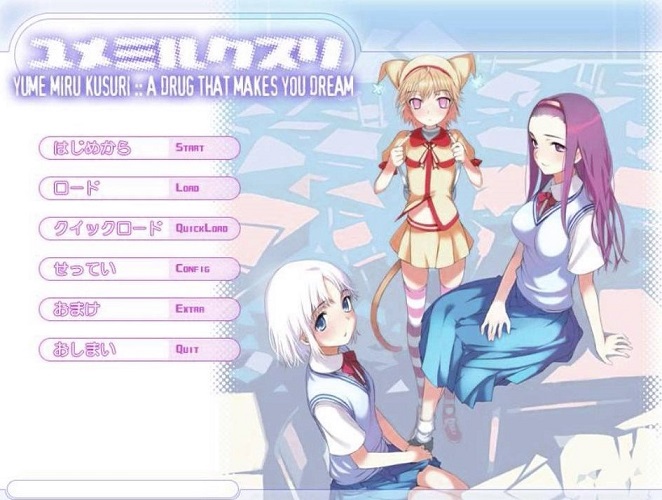 The monotony of school is an oppressive force on a kid's life. Psychologically omnipresent, you don't even need to be within its walls to feel its chains shackling you. Home is just made an extension of its presence with homework. And more then just the boredom of rote memorization and a lobotomizing curriculum, there is a social arena where you must interact with the other prisoners. Regardless of how you feel about them, its important to at least maintain a sociable facade.

Unlike College where education is on your own dime, and therefore your own time. The grade school schedule from kindergarten through high school is rigidly compact, and generally you have little say in what you get to study. Regardless of talent, interest, or relevancy, you are stuck in a classroom where most other students are just as unenthused to be there as you.

8th Grade, 13 years old and my last year in junior high. I didn't need to put more than a minimal effort into my studies to attain the reputation as an honor student. Although on a superficial front I got along with everyone, I lacked any true connections that extended beyond the solidarity of being prisoners of the educational system I've just described. Life was dull, but everyone told me the path I was walking down had success and stability at the end of its road. That assumed I would continue playing the honor student role I fell into though. Despite the agency of free-will, I was complacent. Despite my ennui, I had little initiative or courage to stir things up.

The irony of attending a Catholic school and passively turning a blind eye to the bullying occurring. The frustration of my sexuality awakening but being too emotionally impotent to do anything about it. This is the context in which I discovered Yume Miru Kusuri: A Drug That Make You Dream.

Past midnight, and I had just finished downloading a copy of the VN. I had promised myself to install it then go to bed. Opening the application up as a test, I was greeted with a soothing yet hypnotic track. Three girls with blank expressions were looking up at me amid an infinite expanse of vaguely drawn school desks. For minutes I just listened, utterly mesmerized. It was as though I was experiencing a drug that was making me dream.

Winter break started the next day, and I had previously installed another visual novel that I was intending to start first. But as my consciousness was drifting in the dazed state before sleep, the title theme track kept ringing in my head. The next day I decided to start my vacation playing this VN instead, and that has made all the difference.

The opening scene, an image of a generic blue sky with soft clouds. The narrator himself falls asleep and soon finds himself in an odd dream. Upon violently waking up, soothing music akin to the title screen track plays, and without even realizing it my own thoughts are absorbed by Kouhei's inner monologues. His thinking was so natural, and familiar. And that's when I noticed, I was Kouhei Kagami.

The issues of bullying, interpersonal relationships, and the desire to escape the dullness of reality (albeit not through drugs, for me anime was my escape) were all subject matters I understood, and more importantly related to. The way things play out in the various routes always remain grounded in a firm realism. Which easily allowed me to project myself into the situations. But unlike a generic self-insert protagonist, what made Kouhei so relatable was his distinct voice. He was hesitant to tread towards anything that could shake him off his honor-student trajectory, and yet he was equally tempted and fascinated by such things. Smoking, sex, drugs, standing up to social forces; all things that even the most straight laced of teenagers will probably be tempted by. If not for the things themselves, then to grab control of your own life by actively doing something you shouldn't do. This is how Kouhei and I were kindred spirits.

The way the story and Kouhei's perspective completely resonated with me led me to voraciously read something for the first time in my life. Before I always viewed reading as a chore, and I only ever reluctantly did so. Reading this VN however, led me into feeling as though everything was happening was to a slightly older, Japanese version of myself. It was that immersive quality that sucked me into the VN's world. That was my baptism into VNs.

I'm 22 now, and rereading this VN I can't help but think back on myself and who I was when I first discovered it. Not only have I long since graduated high school, somewhere amidst my early adulthood I also learned to stop being such a passive participant in life. Yet while I can no longer identify with Kouhei Kagami like I did when I first read his story, I can still understand his thinking and actions so clearly. Almost like reading his perspective brings me back to my perspective when I was in my early teens.

In that respect, Yume Miru Kusuri is kind of the Catcher in the Rye of VNs. 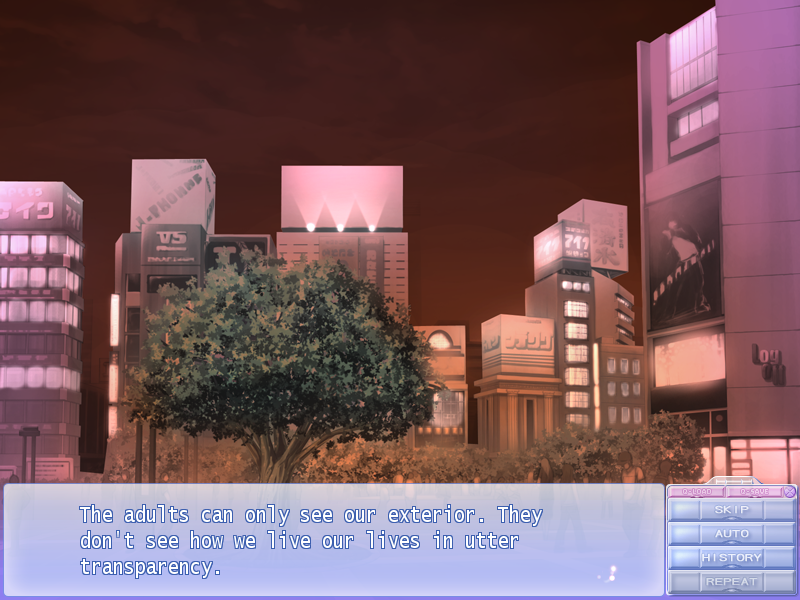