Foreword: It's FlyingShine in its prime, after Cross Channel and before Swan Song, so why not taste one more bit of it. But it's action scenes and not yuri that keeps my interest here. 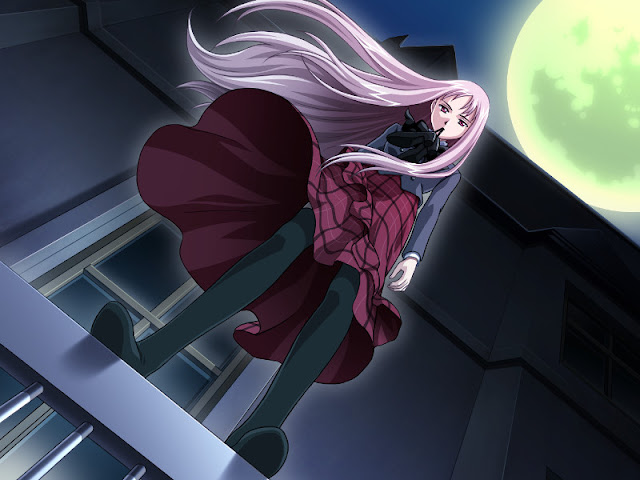 Synopsis: Emanon, an organization run by special military forces. The protagonist is their top soldier, nicknamed the God of Death, her name is Noel. She is given a new mission, protecting a girl attending a prestigious academy for women while remaining undercover. To accomplish this, she infiltrates the school posing as a new student. 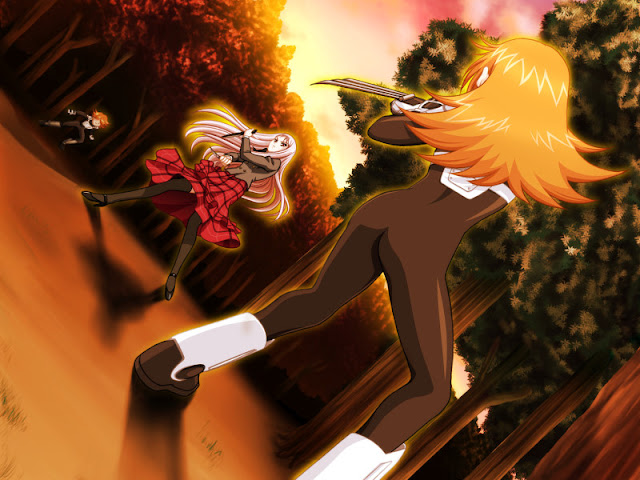 Rating comments: Game does not feel like a masterpiece to me. The first half might look like one, but the latter events put it back to senses fast.

Protagonist: Don't really have complaints with Noel. She's serious, but at the same way charming. Stunning in action scenes with her skirt always torn on the side and attentive to anyone. 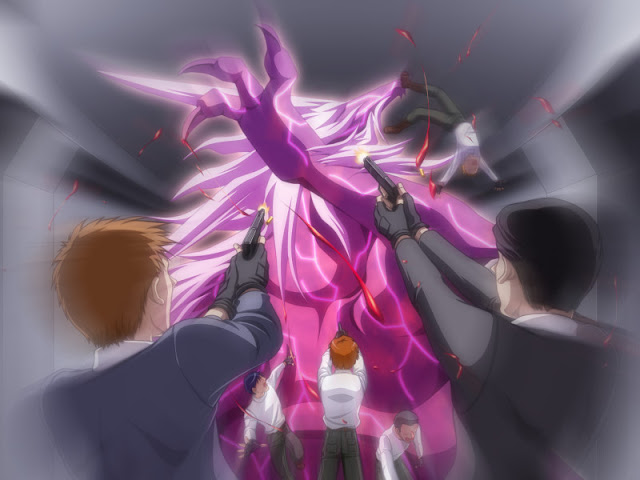 Characters: It's not really good with characters here. Villains Aoi and Hiroki are much more memorable than the real heroines and girls who are supposed to be cute - Riri, Takako, Shiori and Yukino. And it's a poor result considered that characters should move the story, not be decorations in it.

Story: It's royal road. There are two main parts in the game. First is actual Noel's mission up to its conclusion. The second part is romantic like with Riri up to the moment of final conflict. This whole latter part is over-extended and pretty boring. Well, maybe I just did not like the yuri element here. 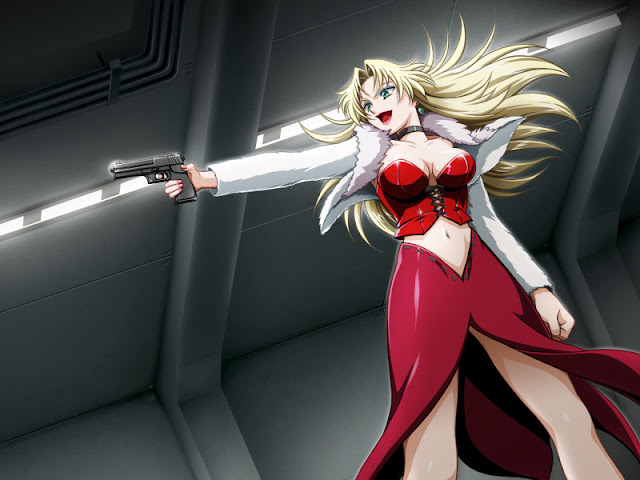 1) Game has an element of disgust that looks much like  BM0. Aoi is almost directly taken from it. Overall impression is pretty dark due to those grey empty rooms and some disturbing scenes.

2) Yuri element is quite light in here. There is no scene of real intimacy between the girls. No nakedness (taking shower together is the only scene with it that I remember). I could easily include all the yuri scenes without cutting them just because of how toothless they are.

3) Action scenes are pretty cool due to use of animation. It's impressing how we see a sprite of a character that in some moment whirls just before your eyes and hits someone. Animation is well done. There is also lip and eye move, so long dialogue scenes.

4) Art is gorgeous here. Every time I see the pitch of white skin above the stockings makes my breath stop in awe. 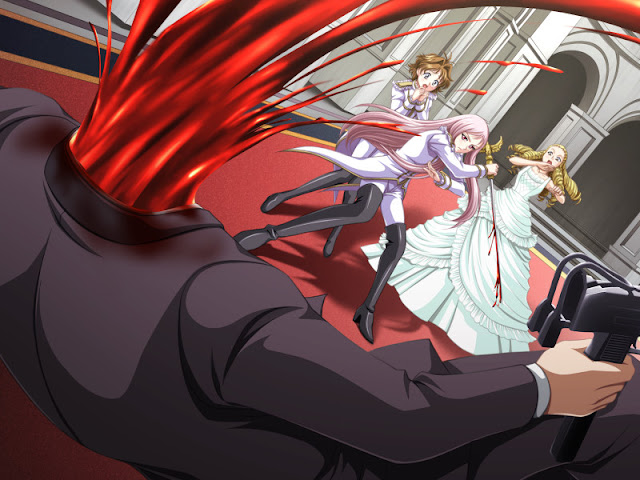 Overall comments: There are mixed feelings depending on what kind of memories show up. Neither of Noel elements is particularly thrilling, but together they form a decent unique setting. The dark Emanon organization living in the underground of the society, human experiments turning them into monsters with the help of drugs, ambitions of various parties - it all makes reading good enough to go on. If only the game had a more refined composition and length was cut in three, it would be a decent venture. But it its current state it's a strange half-baked mix not really appealing to any type of fans. 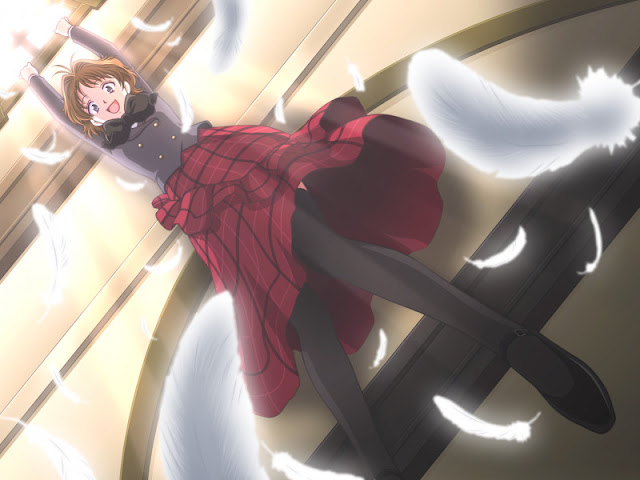