Having just finished all the endings of the Haiyore! Nyaruko-san PS vita VN i figured I would share my disappointment so those interested in know more about the VN.

The first half of the VN is a retelling of the first season of the anime with a few new scenes and lots of lots of CGs, almost all of which are just art taken from the anime. The remaning half is a decent enough story but nothing special, my main problem with it is that the comedy is very repetaive with things that used to be funny early on being overplayed to the point where it loses most of its comedic value. The really bad thing about this VN however is its route system and endings. There are 8 different endings though 6 of them have 2 variations so quite a lot of endings. These endings are short 2-3 min and the part of the route of the character that leads up to the endings are lackluster with the same events playing out each time but with a different character which means some of the dialoge is changed. The main problem here is how much of a pain in the ass it is to get to a new ending once you have completed the VN. Most of the scenes are the same for all routes and the more routes you do the less scenes are left to read in the other routes. This means a lot of skipping and the problem with this is that the skipping in the VN is a bit slow as it uses time to load the different sprites and background. Because of this skipping through the VN while not reading a single scene will take roughly 1 hour and there are probably 40-50 options to choose between so it will stop you up as you skip through it constantly. This system is a pain in the ass to deal with as you need to read the VN 8 times for all the endings and 6 of these times you need to read from roughly 70% complete to the end twice. So once you are done with your first route you will just switch between reading short segments and skipping with the later ones being pretty much pure skipping until the end. I would estimate I used roughly as long time skipping on this VN as I  actually did reading it and if I weren't a completionist by heart I would have dropped it someplace during my 2nd read through. So the only ones I would recommend to pick this up are people who really just want some more Nyaruko and just plan on reading one route before quiting.

Front of the vita case 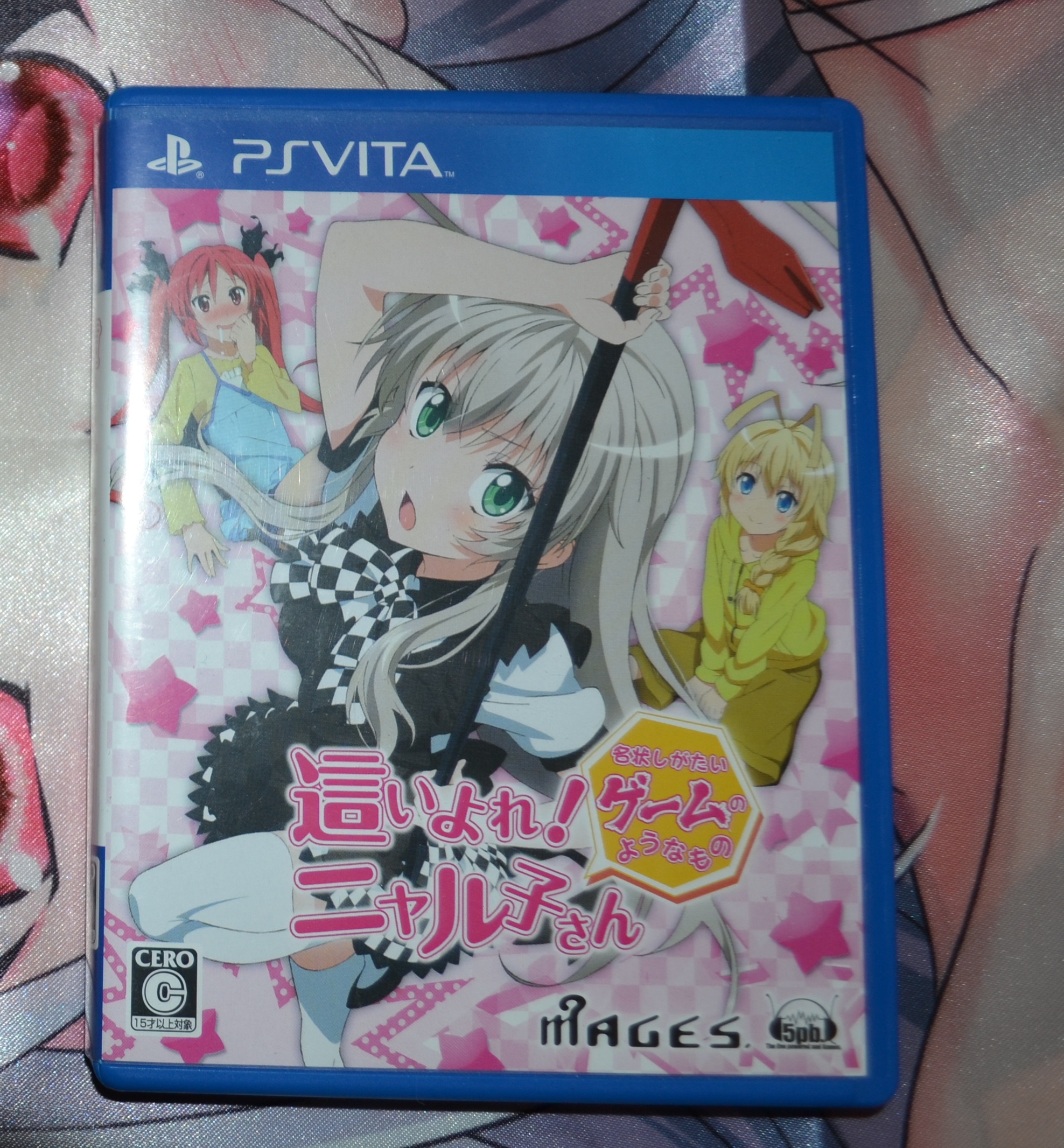 Back of the vita case 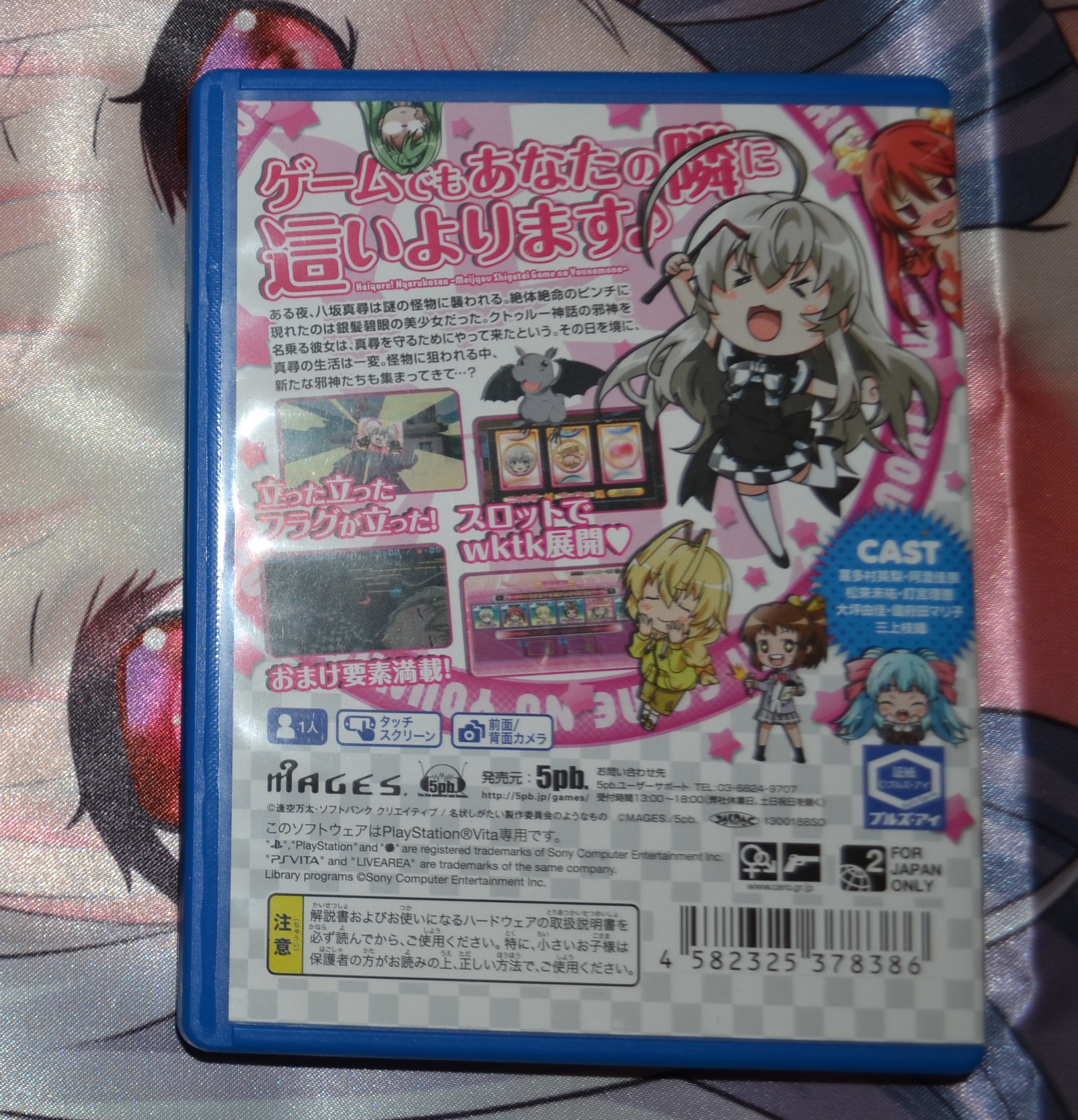 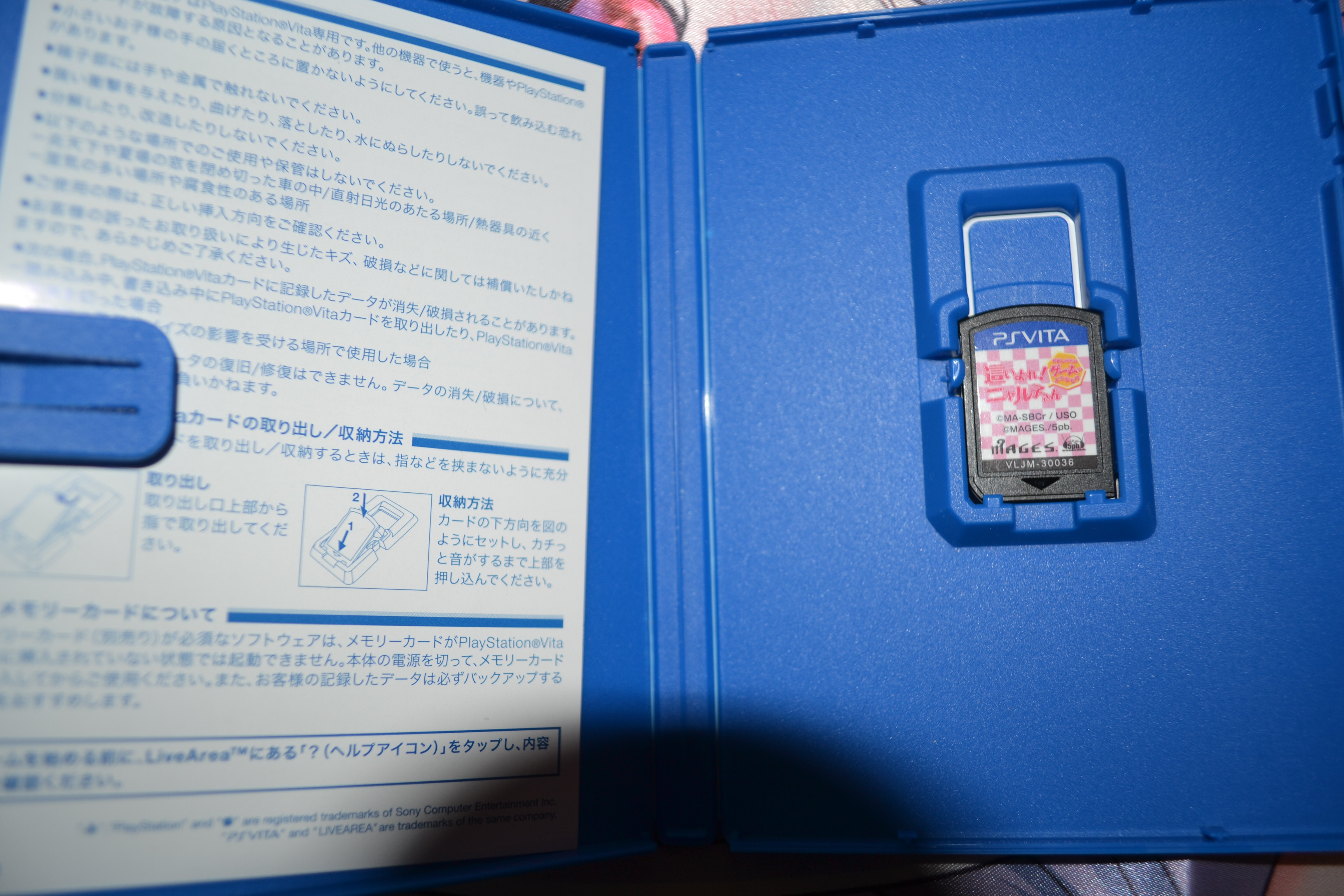