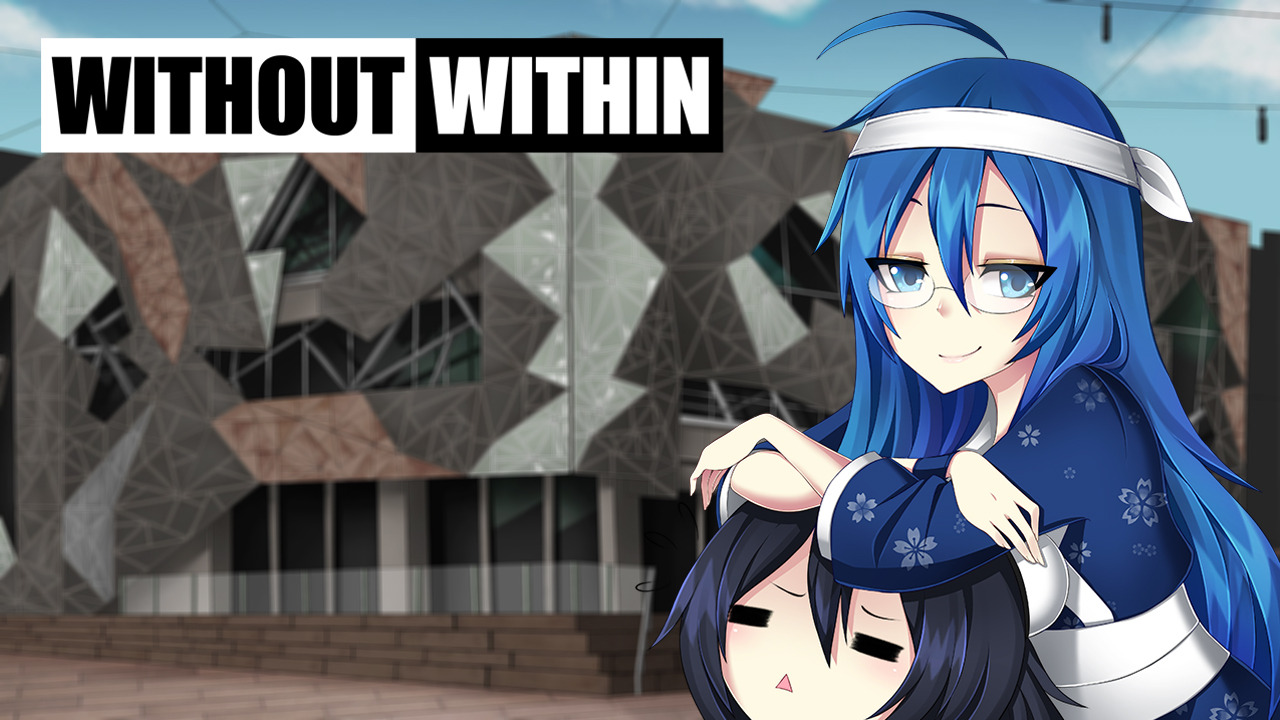 In the EVN world dominated by clichéd romance stories, titles by InvertMouse, a long-time indie developer from Australia, stand out in a few significant ways. Staying away from most common genre tropes and easily-marketable story elements, the games he creates often focus on topics such as friendship and struggles of everyday life, rather than grand tales of romance and adventure. The three short VNs in the Without Within series are particularly unusual and interesting in this regard, tackling themes of ambition, motivation and talent in life of an artist, in the rare setting of modern-day Australia and South-East Asia – all of this in a highly comedic style, but not without serious messages underlining the, most of the time, silly storyline.

Another thing that makes these games interesting is their complicated development history. The first Without Within was a very short, freeware title, published in December 2014 as one of InvertMouse’s earliest works. The second, commercial entry followed nearly a year later, showing up on Steam in December 2015 and offering a much more substantial story, but in a very similar production quality and tone. The final game, however, didn’t release until mid-2018 – by this time its creator had a lot of more experience and technical prowess, which makes it a visibly different experience from its prequels. Still, with how short and thematically-consistent the three games are, I’ve decided to tackle them as a single package – the third part ends in a rather open-ended way, but with InvertMouse moving away from VN development, it’s pretty clear that the whole trilogy should be treated as a complete story and there’s little chance for any kind of continuation. So, what is Without Within series about exactly and what makes it worth your attention?