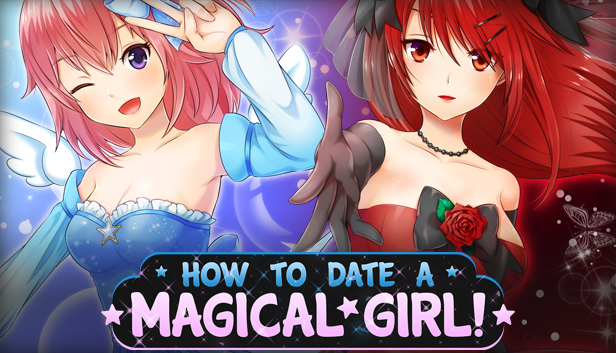 Warning: Heavy spoilers for How To Date a Magical Girl and Doki Doki Literature Club! ahead!

Despite the amazing success of Doki Doki Literature Club! (including a commercial one, if you consider the 1300+ Steam reviews on the $10 Fan Pack DLC), there have been surprisingly few attempts to replicate its formula within the EVN scene, especially among the titles that could be considered of professional quality. While the plethora of mods kept the DDLC fanbase occupied, arguably no major Western VN even attempted to create a similar experience, or utilize some of the characteristic gimmicks used by Dan Salvato to a comparable effect. This, of course, can be seen as a positive development, as uninspired copycat games rarely make for compelling experiences, but elements such as drastic genre shifts, clever fourth wall breaking and weaving an interesting meta-narrative into the experience are far from being overdone in VNs, especially within the English-original niche.

Or at least, this was the case before the release of How To Date a Magical Girl by Cafe Shiba, a game that openly featured a very similar base structure to DDLC – a cute dating sim exterior hiding a brutal horror story, in which nothing is at it seems at first glance. Showing up on Steam in January 2019, it promised 5 romanceable heroines, nearly 40 CGs and over 10 hours of content – rather impressive statistics, especially for a game that originated from a humble, $4000 Kickstarter campaign, and ones that make it hard to dismiss it as a cynical cash-in trying to exploit DDLC's fanbase. In my opinion, however, it managed to fail quite spectacularly, only in small part due to its mimicry of Dan Salvato's game and much more because everything it added to the table was deeply underwhelming. But where exactly did it go wrong?