Been busy for a while, but this time I only stopped for a few months rather than a few years

Immediately after the last scene we get a scene of Yukito trying to sleep while Emir is banging a chick right across the room. Apparently the dude is a player

She's like "this is kinda weird, doing this so close to your roommate" but Emir assures her that Yukito is asleep... but he was only pretending.

After that we skip a few days and apparently that's been a regular occurrence, so Yukito has had to invest in some earplugs. But they apparently got into an argument and broke up, so maybe he didn't need the earplugs after all...? Emir seems very upset by the break-up, but when Yukito tells him he'll find another one soon enough Emir says that he couldn't possibly understand his feelings because Yukito's been in a relationship ever since middle school. Eventually Yukito convinces Emir to go volunteer with him because there's plenty of girls there and apparently there's going to be a party later on. We then switch to Bethly who, along with Lilian, is apparently going to said party. 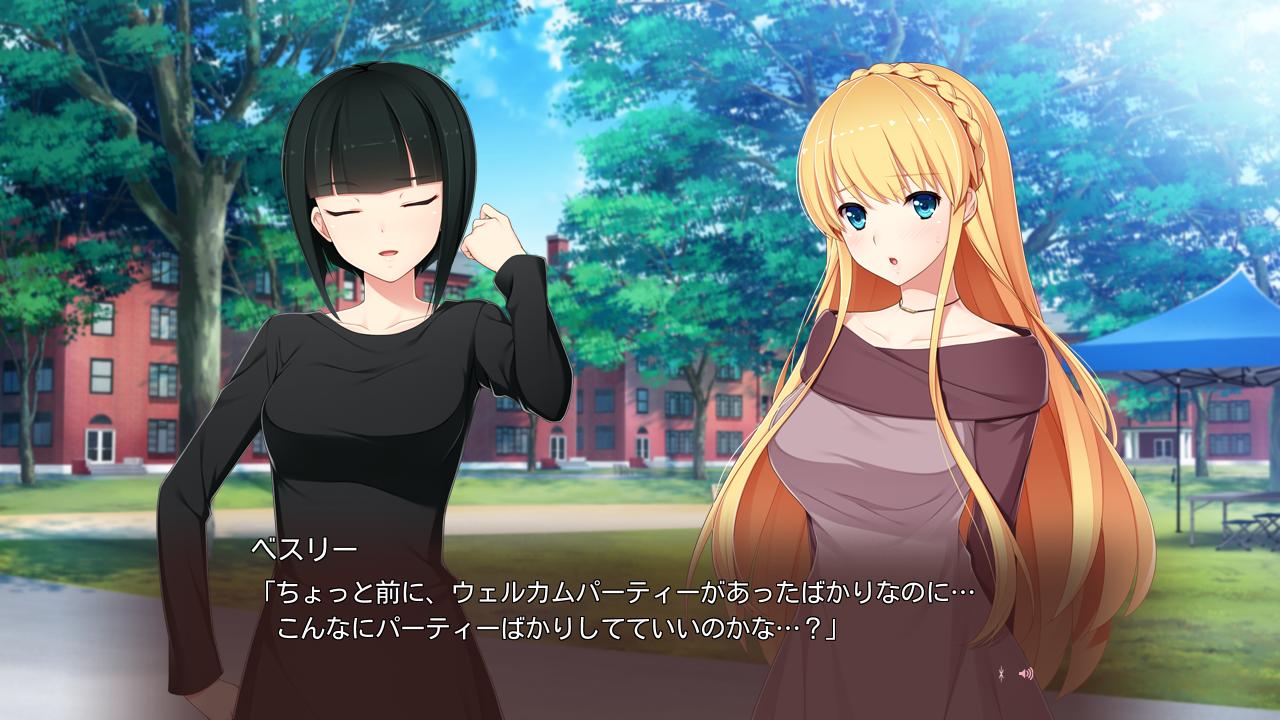 I guess Bethly's never heard of a party school

They get to the party and pay the entrance fee (do parties normally have an entrance fee? I wouldn't know cause I've never been to one) and are deciding what to eat. 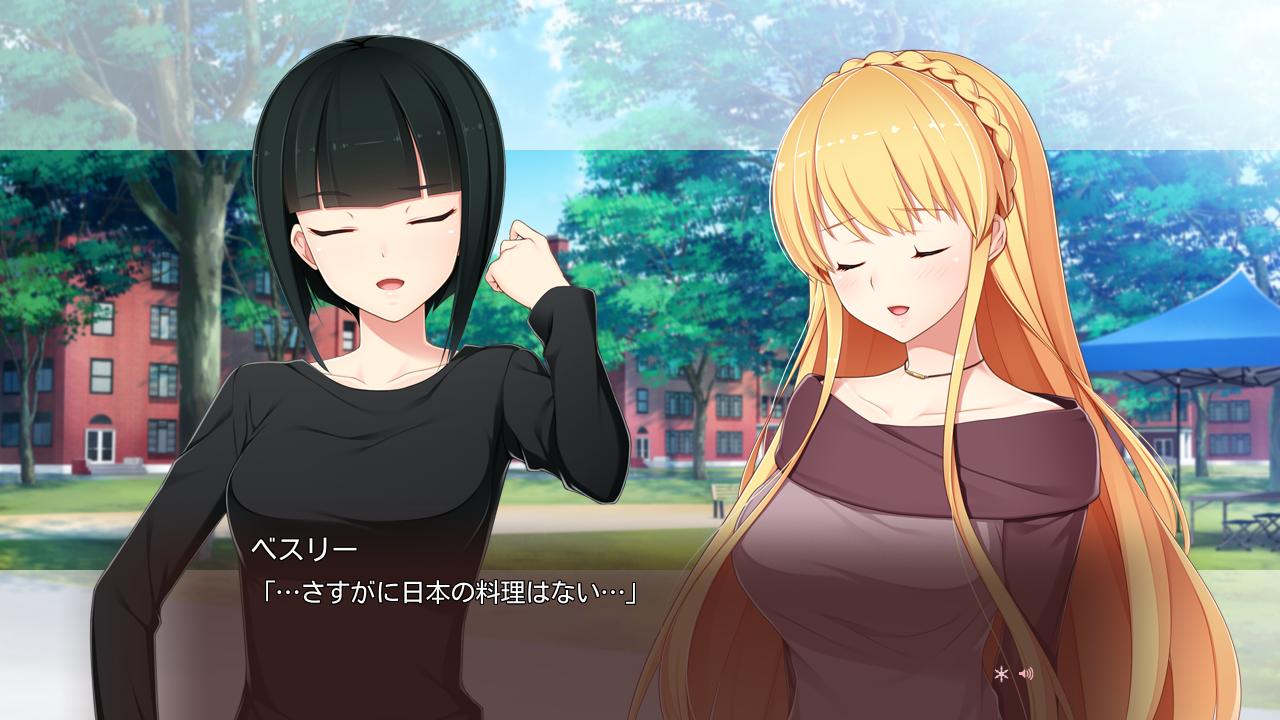 Now that's definitely not normal. Sure, there aren't quite as many Japanese people as there are Chinese people in Tronto, but there's still plenty of Japanese food. She decides that she should make some Japanese food for Yukito later. 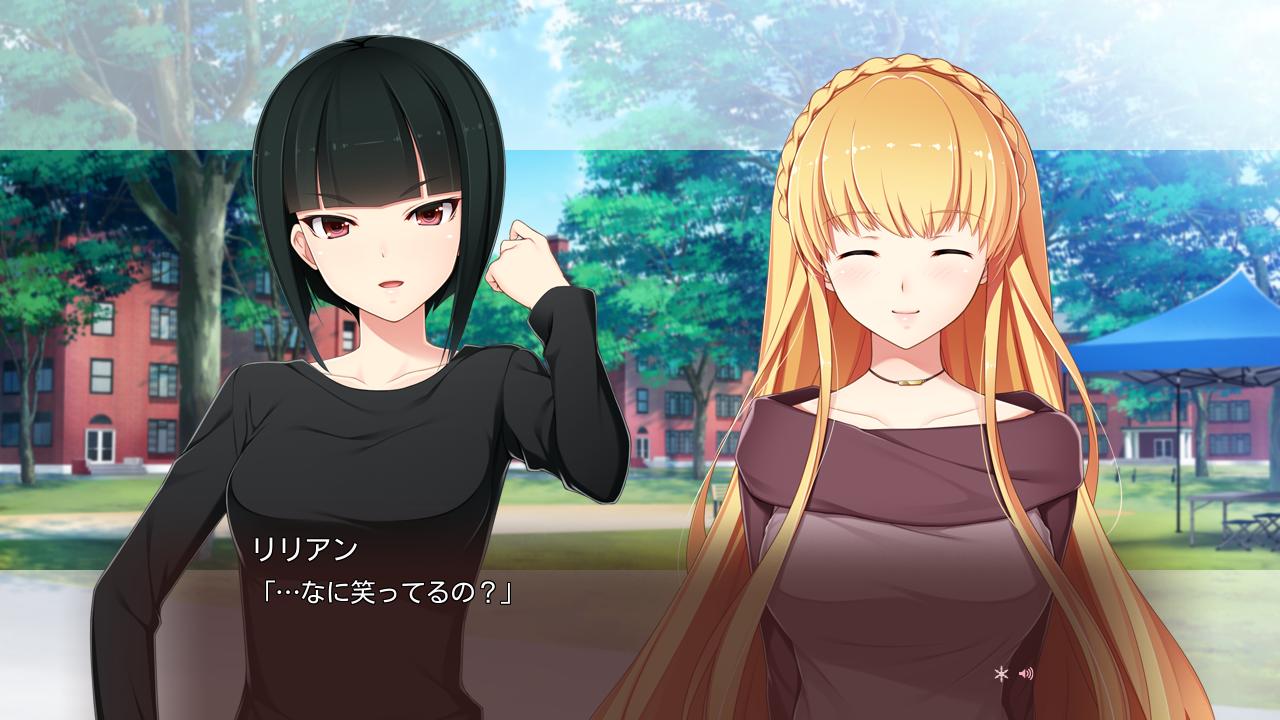 Lilian: "...what are you laughing about?" 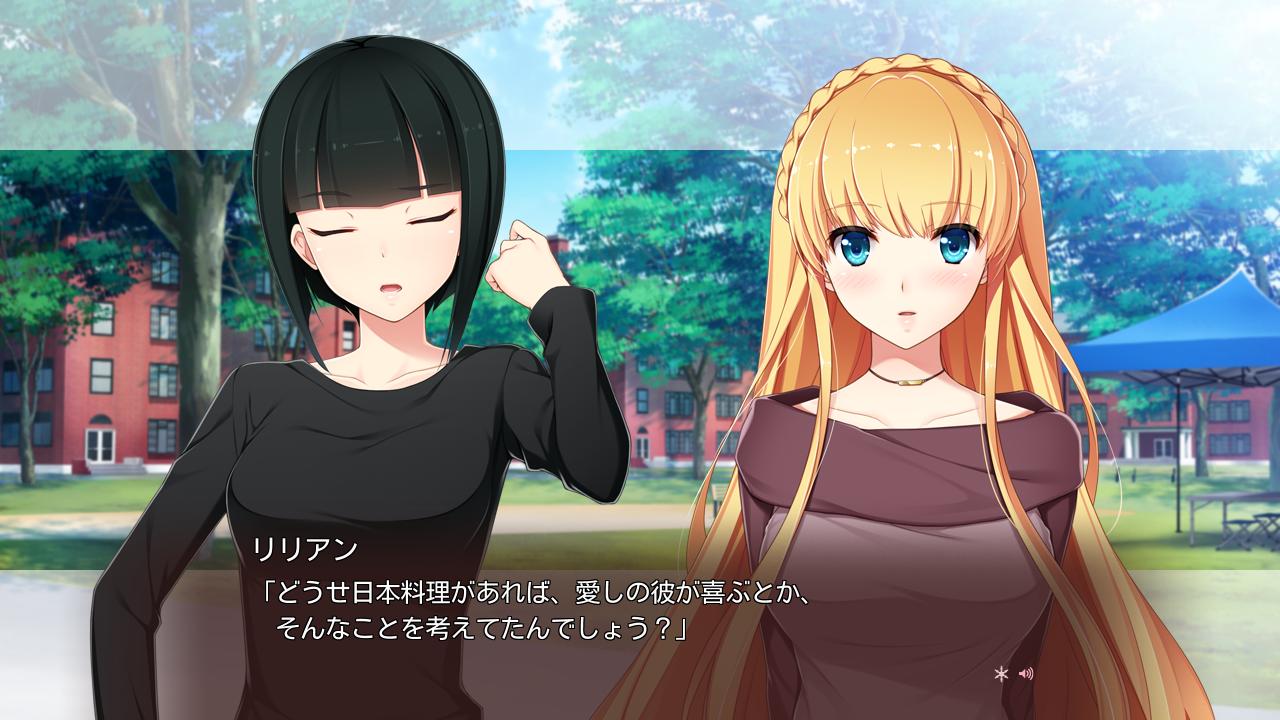 Lilian: ""My beloved would be delighted if there was Japanese food"... is that what you were thinking?"

Yeah, that's pretty much spot on what she was thinking. Bethly ends up going for some vegetarian meat-substitute soup and actually likes it. Lilian rightly rebukes her, though. 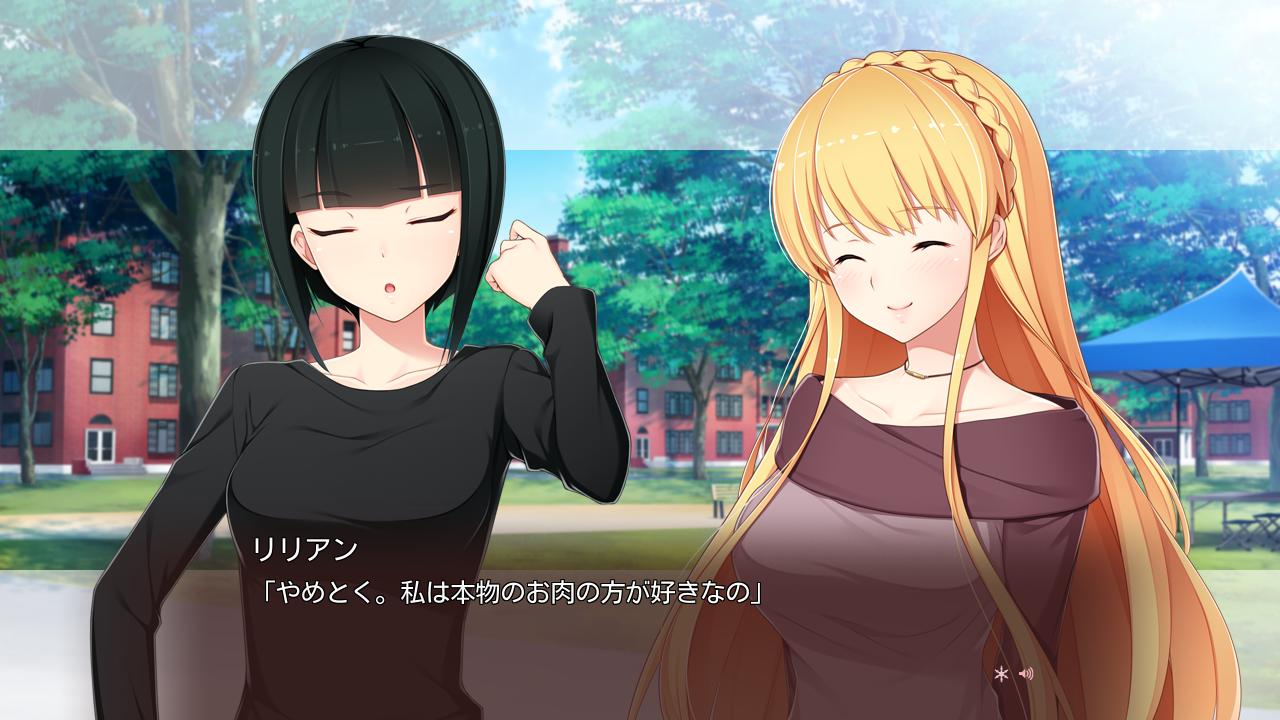 And she takes a big bite out of her chicken. 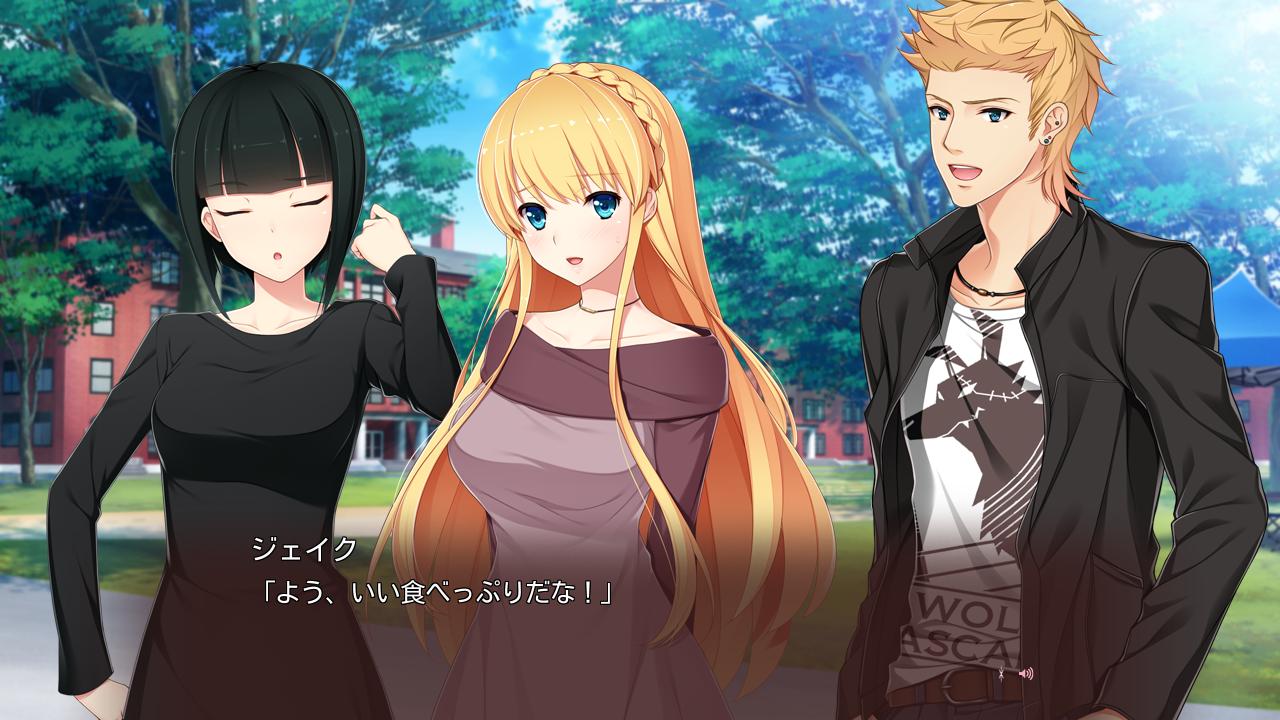 Is this Lilian's boyfriend? They have similar clothes and it's a white guy and a Chinese girl in Tronto... they must be dating. But apparently not because they both introduce themselves after he starts hitting on Bethly. When Yukito and Emir shows up it turns out he's kind of a racist too because he talks down to them for being exchange students. Eventually they get rid of him, but something tells me we'll see him again. 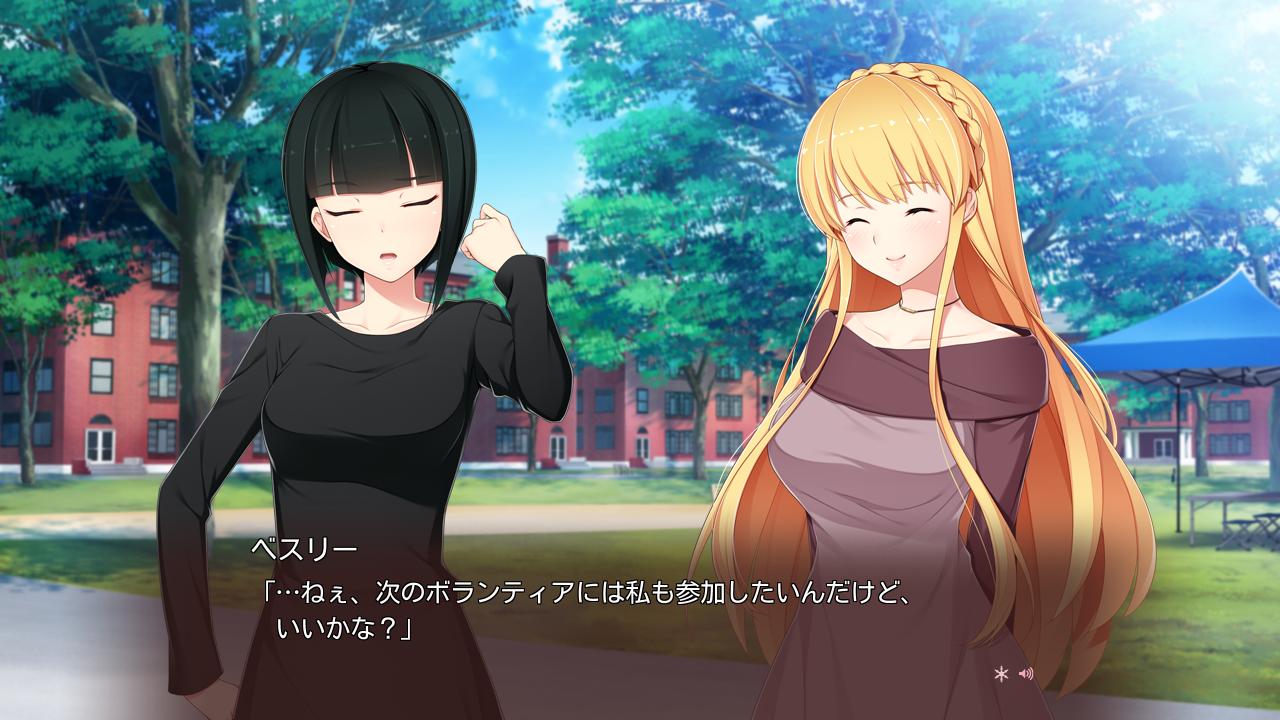 Bethly: "...hey, can I join the next volunteer thing you're doing?"

They decide to help the volunteer group prep for Culture Day, and Lilian even says she might join too. The scene ends with Bethly offering Yukito some of her fake meat soup.

A few days later Emir and Yukito are talking about how cold it's getting, and how to Yukito it's reminiscent of home and Emir, being from South Africa, still can't get used to it. The first flakes of snow falling remind Yukito of his pals back in Japan, and he wonders how they're all doing.

Once they get to class, the professor informs everyone that they did absolute dogshit on the test and had the lowest average she'd seen in years. She recommends that those who aren't certain about their grade drop the course and do something else with their lives. Then this dickhead chimes in 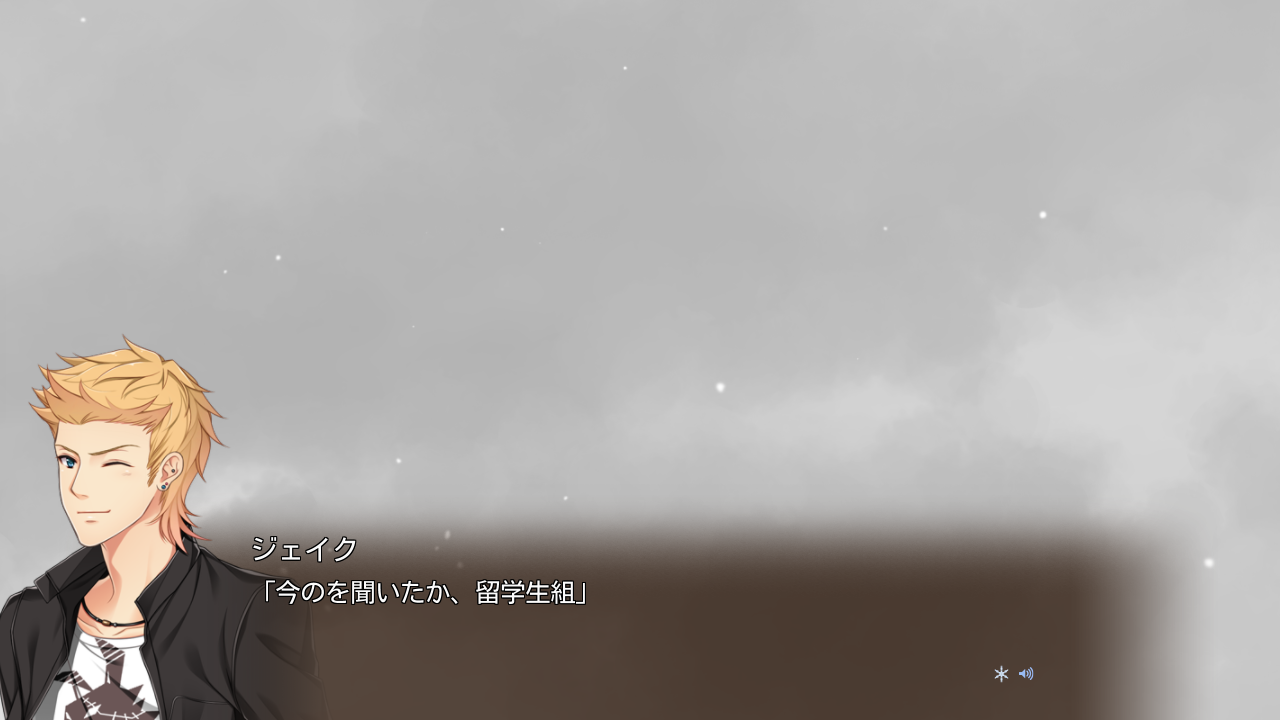 Jake: "You hear that, transfer students?" 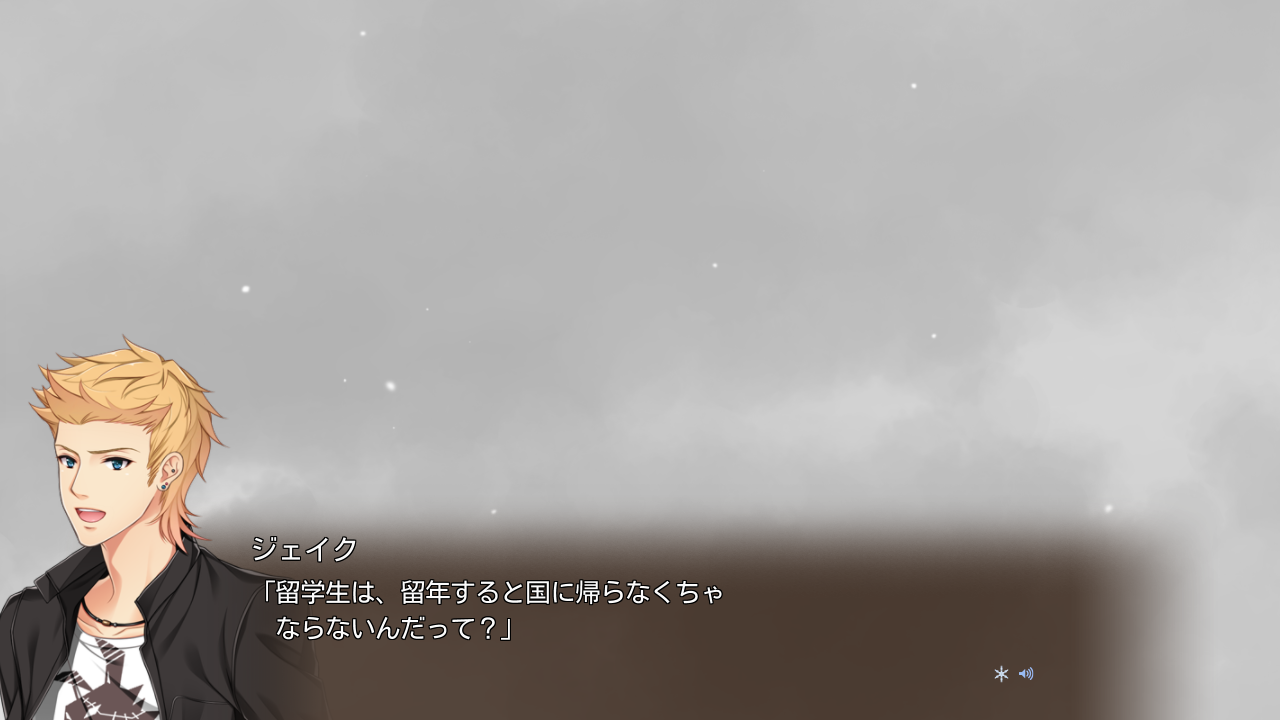 Jake: "Do you have to go back home if you fail a year?"

Also his voice acting is very different in terms of audio balance. Emir's VA just about screams his replies, meanwhile Jake's VA sounds like he's whispering his lines under a blanket in the middle of the night, trying not to wake his parents up.

He (sarcastically) wishes them luck, in response to which the professor calls him out. 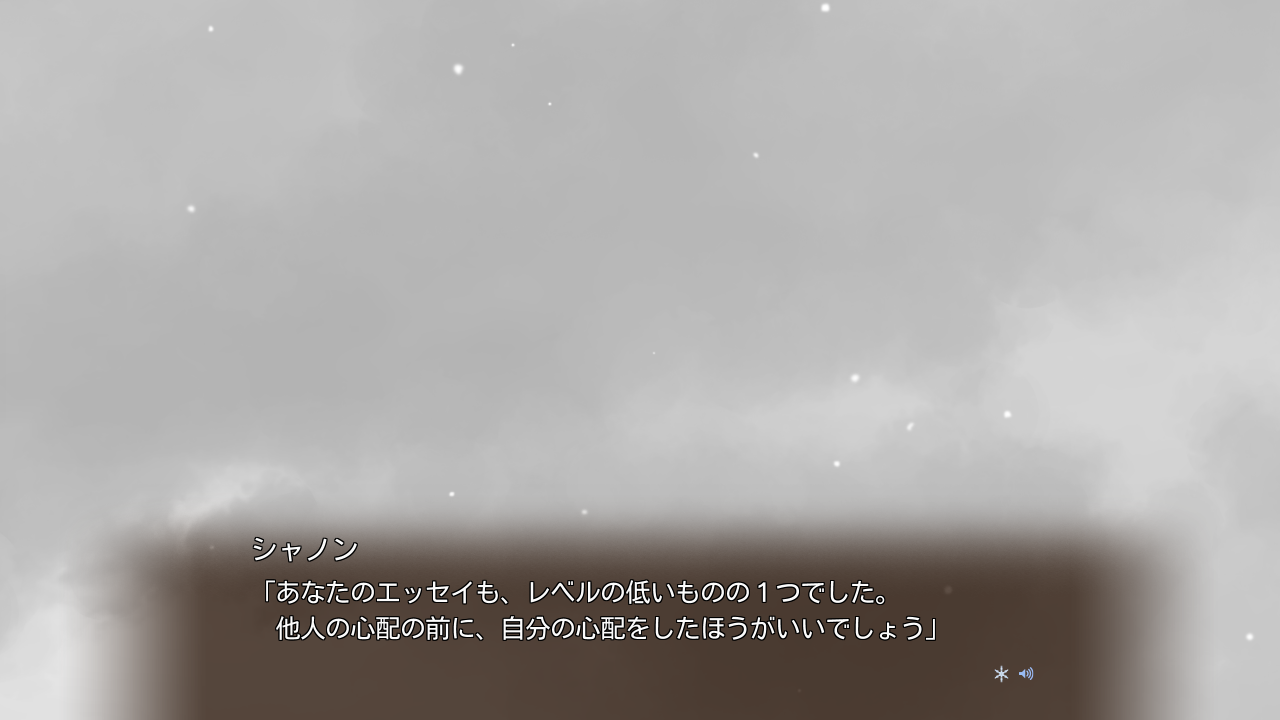 Shannon: "Your essay was one the worst ones. Worry about your own grades before you worry about others' grades." 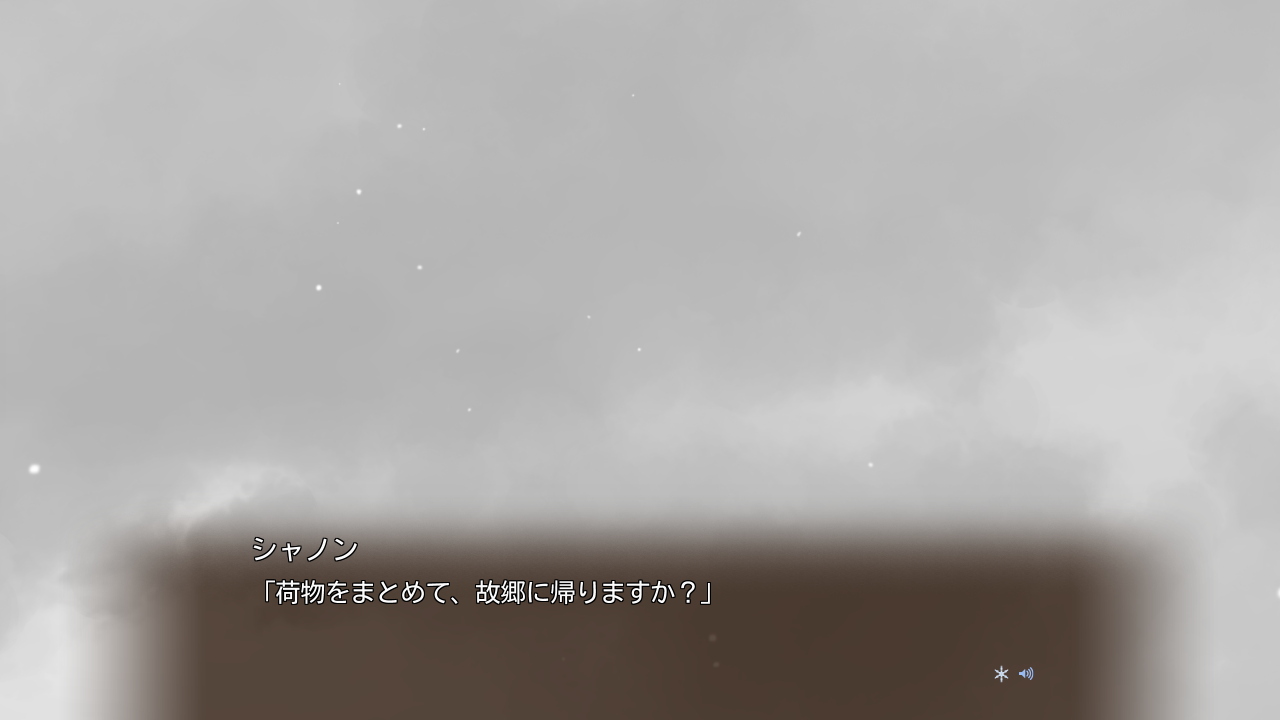 Shannon: "Have you packed your bags for your trip home yet?"

Probably going to end this entry here. I originally started it in early February but then got busy again. It's a short entry, but I want to post it so that I'm remotivated to read more, and also because I'm worried the forums are going to get Thanos'd by Tay and I don't want to spend hours on a blog post only to have it get rolled back.