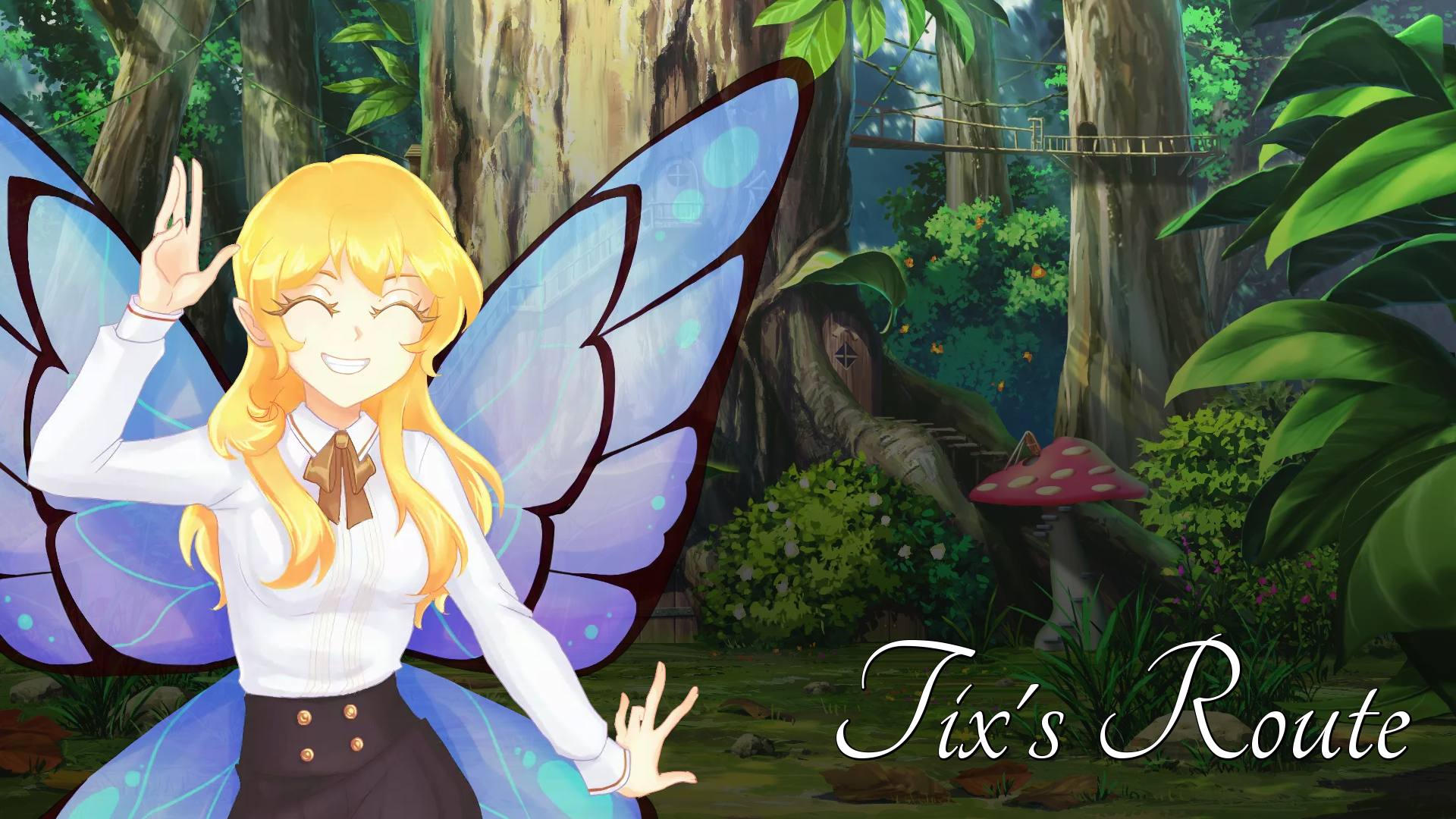 Sable’s Grimoire was, in my opinion, one of the most interesting and enjoyable OELVN releases of 2018 – the expansive, story-driven VN with a very unusual approach to the theme of monster girls impressed me both with the sheer amount of content and the stories it told. Featuring various mature themes but essentially devoid of sexual fanservice (if you didn’t read my original review, check it out here – it also includes a lengthy interview with the game’s developer, Zetsubou), it was a rare kind of uncompromising project, which didn’t really cater to the reader’s expectations or insert elements that would help it become commercially successful, but rather followed its creator’s particular vision, to a very compelling and fresh-feeling effect. Even with the basic premise – a human student entering a magic academy dominated by demi-humans – sounding relatively standard, the VN itself was, in many ways, unlike anything I’ve read within the EVN scene.

Another significant detail about the Sable’s Grimoire, signifying its relatively non-commercial nature, was the promise of free updates from the developer, which would expand significantly on what was already an impressively-sized VN (over 20 hours of content) with additional story routes. First of these was meant to be the story of Tix, a short-tempered, but cheerful pixie, who because of an administrative mistake becomes the protagonist’s roommate – a route originally planned for the main game, but cut out because of the already-prolonged development cycle. In January 2019, 8 months after the game’s initial release, the promised update was finally made available, adding around 4 hours of new content and full heroine arc for Tix. So, how does it compare to the rest of the game and how much does it add to the already awesome value-proposition of Sable’s Grimoire?