Foreword: Game had hardy any characteristics but "degraded Kizuato" and I did not plan to make a review of it. However, it managed to keep my attention till the end for over three hours. So maybe it's not really bad? 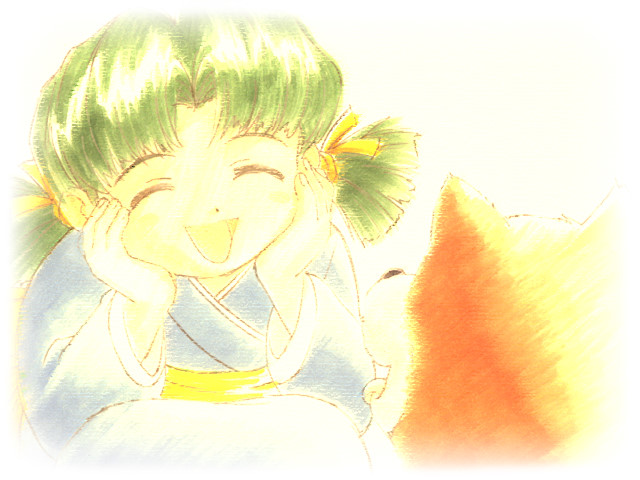 Synopsis: In a rural town there has been a series of murders recently. Part of the bodies was lost as if it had been eaten by someone. Toshio Hiyama moved to this town 10 years ago and he was constantly bullied due to his introverted nature to the extent that there might be even another will lurking inside his consciousness...

Structure: There are three heroines each with a route. The whole story takes three days. 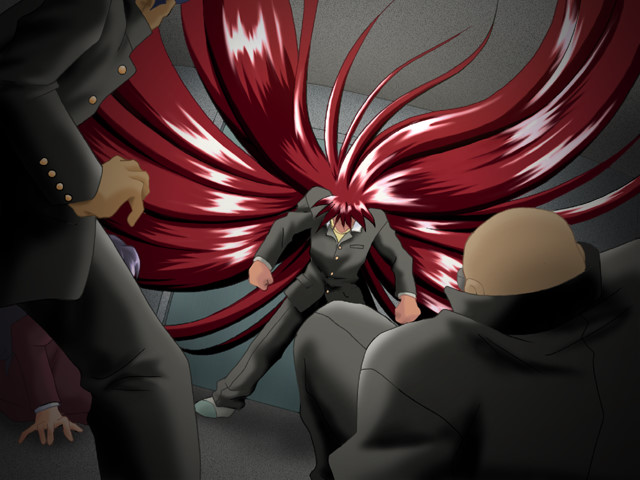 Rating comments: In my classification that's a masterpiece. Game is integral. It has simple but clean story-line, nice memorable characters, cool battles and most amusing BGM support. Protagonist is too ordinary though and game quality is lacking due to a really old engine with NO keyboard support and with 5 second freezes on BGM change.

Protagonist: Hiyama Toshio is pretty much an average high school student Joe who sees strange drams. We don't see his face, so that's it for him. 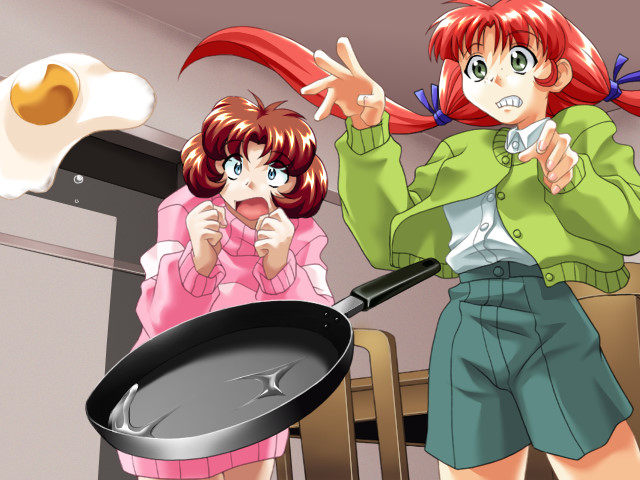 Characters: There are four main heroines. Short brown hair Yuka is your cute and caring imouto. Short black hair Makoto is your shy childhood friend who you meet after 10 years time. And long red hair Akane is... your fun-buddy, without any obligations. Fourth one is short gray hair girl, but she makes a very short appearance in core game time, so can't tell much about her without playing her route. I only played Makoto route since I'm not a fan of imouto and free love. Furthermore, Makoto seemed to have some early memories important for the plot. It turned out that those memories weren't exactly about Makoto, so any heroine of preference can be enjoyed without loosing much on the story. As for Makoto, her route is very sweet and there's a very nice satisfying ending after the battle. At some point she even abandons her shyness and confesses her circumstances which are rather curious. So I'm very impressed with her route, but I don't like other heroines roles and not ready to manually mouse click through their routes. 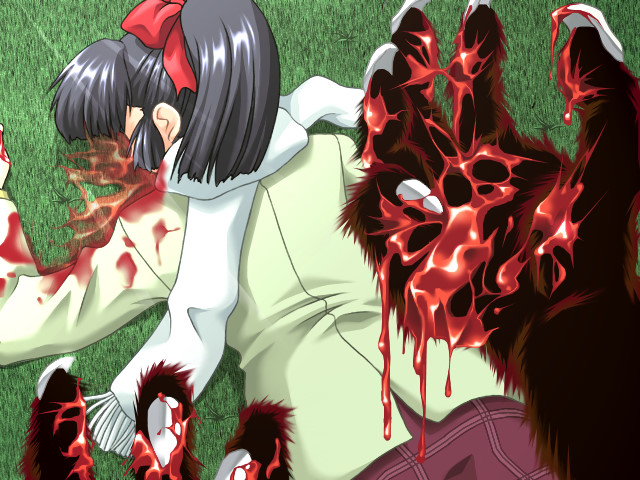 Story: Events develop very fast here. Toshio and Yuka arrive to the school and barely have time to get acquainted with a newcomer Makoto when they get assaulted by a hooligan Shinichi. That's followed by promise to share bento with Makoto daily, some quality time with Akane and yet another same hooligan assault. The next day starts with a hooligan team trap that leads to a massacre. And lastly heroine specific part with a date ensues followed up by old enemy big fight finale. And something to put under a spoiler as well.

Both Toshio and Shinichi turn out to be werebeasts. After their clash on the school grounds the two human guys from the Shinichi gang get massacred - it's not clear by whom from the two beasts though. And after the heroine specific part and the date, she gets kidnapped by Shinichi. The grand werebeast finale battle happens at the shrine site. In Makoto route after that the shrine monk says there's the way to fix that werebeast disease - by making love at shrine site with a girl from this dog clan lineage. Makoto and Akane are definitely from this clan, but I guess Yuka must be as well since she's Toshio imouto. In the epilogue a child is born out of that night heroes are bringing him up happily. Other heroines routes tackle the problem differently.

CG: Very few from the start, but quite numerous closer to the ending.

Sound: Somehow I really enjoyed the tunes and the voicing. Everyone but protagonist voiced. 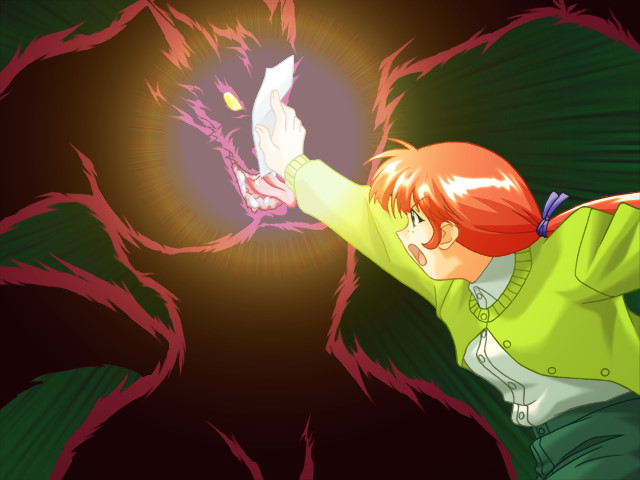 1) Game is a bit simplistic and fast paced to suggest multiple themes, but the main theme of the game is werebeasts. It goes back to the story about 200 years before about how the wild dogs got massacred and how a shrine and a clan grew from that event in order to commemorate those beasts. There's a huge stone in the shrine connected to the event and it's the touch of the stone that actually raised the wild urges in males of the blood. It's actually very nicely pictured that the memories of clan ancestor are alive in Toshio Hiyama. Those memories and the mystery of the girl shown at the very first scene of the game were the main attraction point for me.

2) What's right - to suppress the beast origin or to seek more power? Unexpectedly, game definitely chooses the second in contrast to Kizuato. In Kizuato hero is being judged of ill-behavior just for his dreams and headaches. In Touchuukasou hero is just destroyed in a bad ending if he tries to suppress his emotions. On the other hand, hero is the only suspect in the massacre where two people died and... he gets away with it very easily. So it's a very simple answer - kill or be killed. 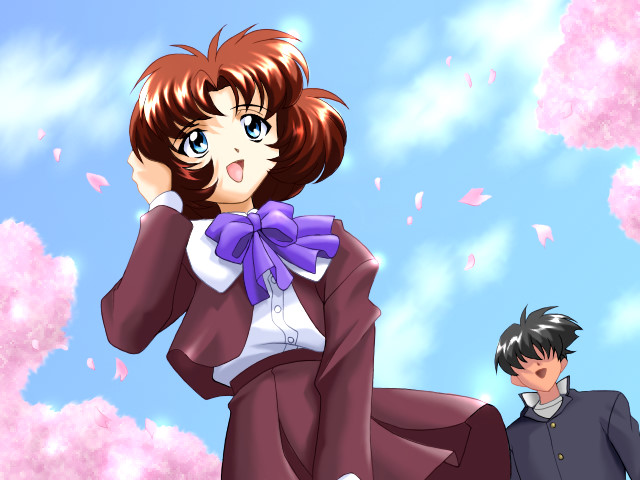 Overall comments: Game is not well known and is trashed for being Kizuato clone. And I strongly object to that. Games have absolutely different approach to the beast state. I actually give the preference to Touchuukasou for having an integral fast-paced story with adorable characters over the painfully crumbling structure of Kizuato where nothing big happens in ANY of the routes. Touchuukasou has lots of charming sides and I played the main heroine route to the end. However, I don't see how other heroines can contribute to the story and CG actually confirm that as there are mostly only additional fight CG and HCG of other heroines. [Petit] has grown a lot over the years and I call its last two games Sweepers and Touchuukasou masterpieces. It's really sad to see story-driven works of unique charm overpowered by charage/moege. 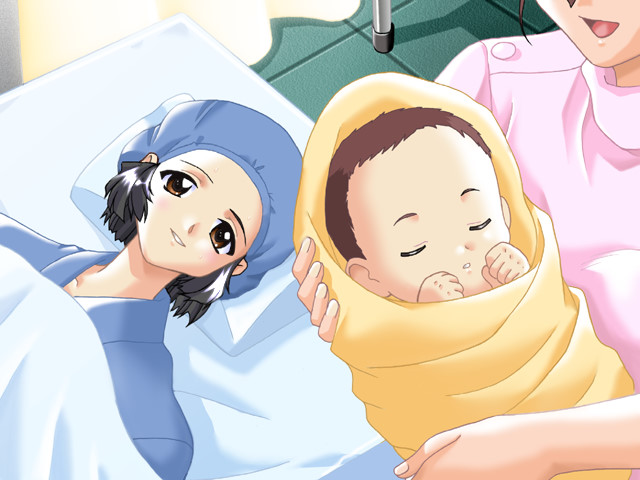