I have now played through all of the 18+ version of Princess Evangile and figured I would make a review of it.

As for an introduction to Princess Evangile I think the description on vndb does a good job at this so I will just use that rather than try to explain it myself.

Burdened by the incredible debt his father left behind, Okonogi Masaya is now destitute and alone. However, through a strange collection of events, he finds himself living at the prestigious Vincennes Academy, an all-girls charm school! His purpose is to mingle amongst the Filles De La Vincennes ("Maidens of Vincennes") as the single male "sample" to promote gender integration. How will these young, innocent, and otherwise pure maidens react to his presence?!

The common route is really nice in my opinion. It does a good job introducing the different characters and there are a lot of great moments that I can look back at. The common route also has a really nice ballance of comedy and drama something that made it really enjoyable to read. I would say this part of Princess Evangile is where the comedy shines the strongest.

The Rise route was my favorite of all the routes. Rise is just such a lovable character. She is very strong willed, but she is also just so god damn adorable, some scenes in particular with her just had me grinning from ear to ear. As for the sex scenes well they were really nice and sweet, seeing Rise embaresed was just so fun. As for the drama during this route well I really liked it, you get to learn a lot more about Rise and why she is trying to reform the school and there are some great emotional moments wrapped around a rather sad story.

Ritsuko is quite lovely. She is a very sweet and timid girl and the earlier parts of her route really showcase her appeal. She can also be somewhat silly and easily gets jelous which drove a lot of the comedy in her route. Though her route had some comedy I felt like it from time to time got a bit boring. I guess it is a bit the way she talks as well as sometimes not having that much interesting to say. So while I quite enjoyed her and her early route I would say that it can get boring from time to time. As for the later part of her route, well I felt it was okay though kind of lacking compared to the later part of the other girls routes. One problem was that there was a cliche that it was building up to that could be seen a mile away, well atleast I think they executed it pretty well though so it is not really that bad.

Akaya's route I found to be pretty good. The early part of her route focused quite a bit on comedy but also built up some tension for later in her route. The middle part of her route was more emotional and drama driven than what believed her route would be based on how she acted during the common route. While I found this part to be enjoyable I did kind of wanted to have more comedic moments with her since she was pretty good at driving some of the comedy during the common route and other character routes. As for her sex scenes well they were pretty good, though they didn't really stand out. As for the later part of her route there are a lot of twist and turns that really made it an interesting read. I found the story told to be quite interesting and it definitely kept my attention.

As for Chiho's route I liked it a lot though I think it had some flaws. The first part of it had some great comedy which mostly included her and Rise though the other characters had some nice comments as well. The middle of her route focused more on Chiho herself and had some nice moments. The buildup to them having sex for the first time was rather awkward and funny something I really liked. As for the later part well the main thing that happened was quite similar to something that happened in the common route, though I still felt like it was quite fresh due to some different elements that spiced it up. To sum up what I though of her route, it was quite good in regard to comedy though it felt somewhat lacking in regard to Chiho herself. Chiho was not really as present in the early and late parts of her route as the other girls, this made it feel kind of hard to grow attatched to her.

As for my thoughs on the work as a whole, well I really liked it. The music and visuals worked really well with what was going on and I think that it helped create a good atmosphere which probably contributed in me playing it for many hours at a time. Almost all of the time I played I was invested in what was going on and I found myself smiling almost the entire time when I played it. As for the characters in Princess Evangile I found almost all of them to be really fun and just loved seeing them interact with one another. As for some negatives, one problem I have is that Ruriko didn't have a route, based on the story it really seems like she should have a route and I think she is the only one among the characters who rival Rise in how much I like her. Another thing is that while I found the sex scenes to be quite cute and atmospheric they were generally quite long and could sometime become quite boring after a while. I guess I shouldn't end this with the negatives so I will end this by saying that I recommend this to anyone that want to play through a light hearted visual novel with a bit of drama to spice things up.

The cover of the limited edition (The character models are just the same as the ones on the cover for Princess Evangile W Happiness, which I find to be a bit lazy) 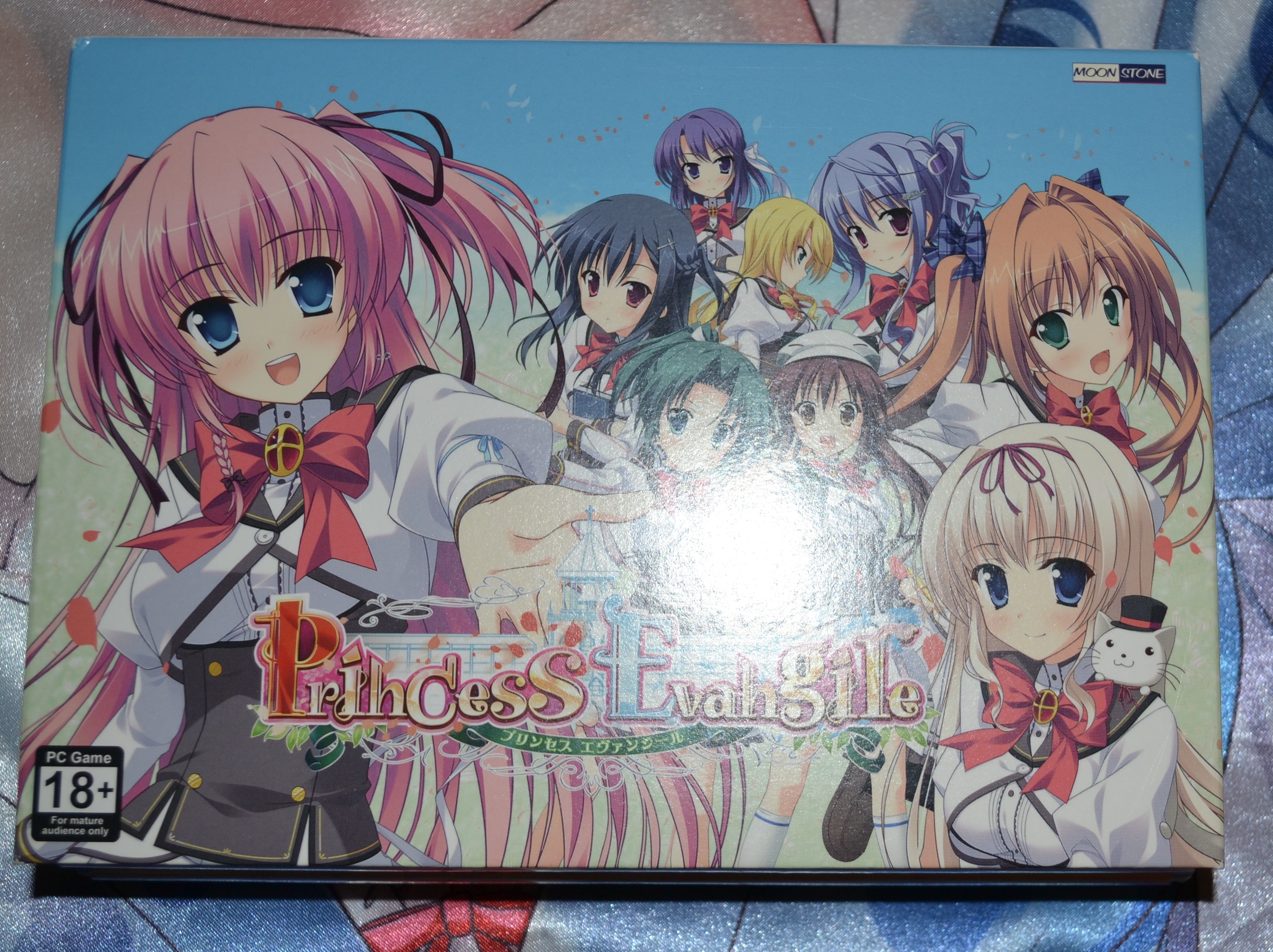 The front of the game case 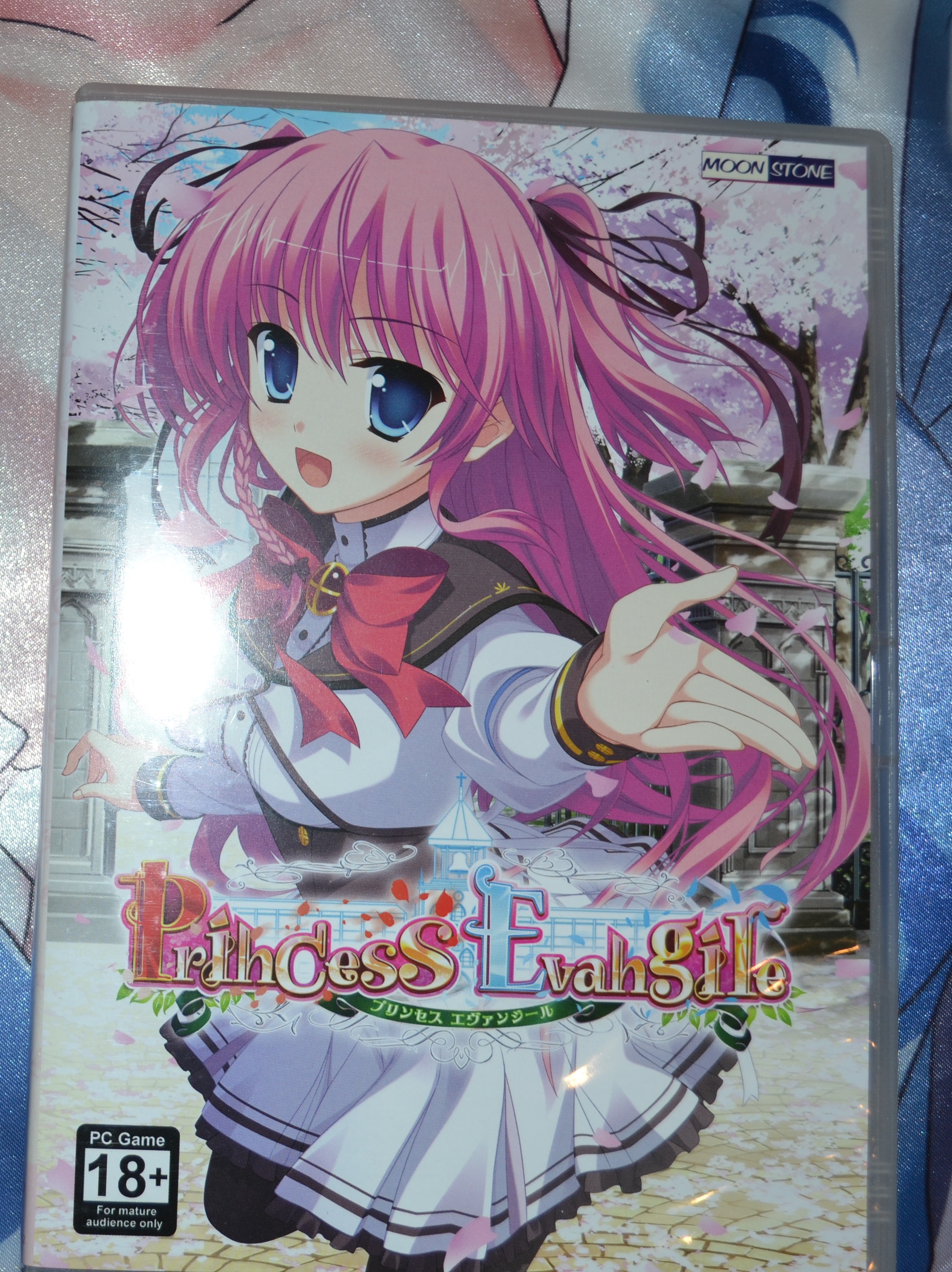 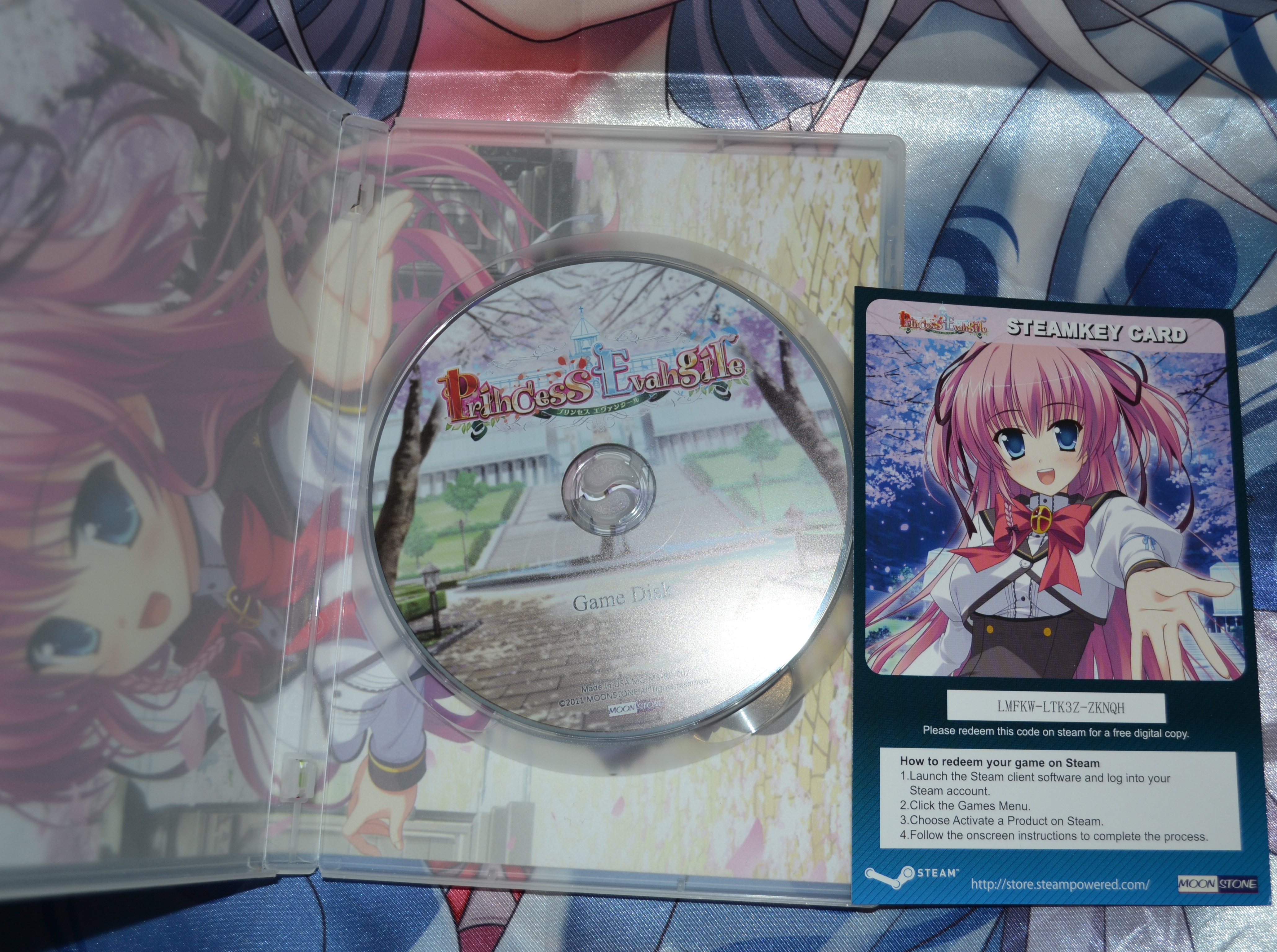 The back of the game case 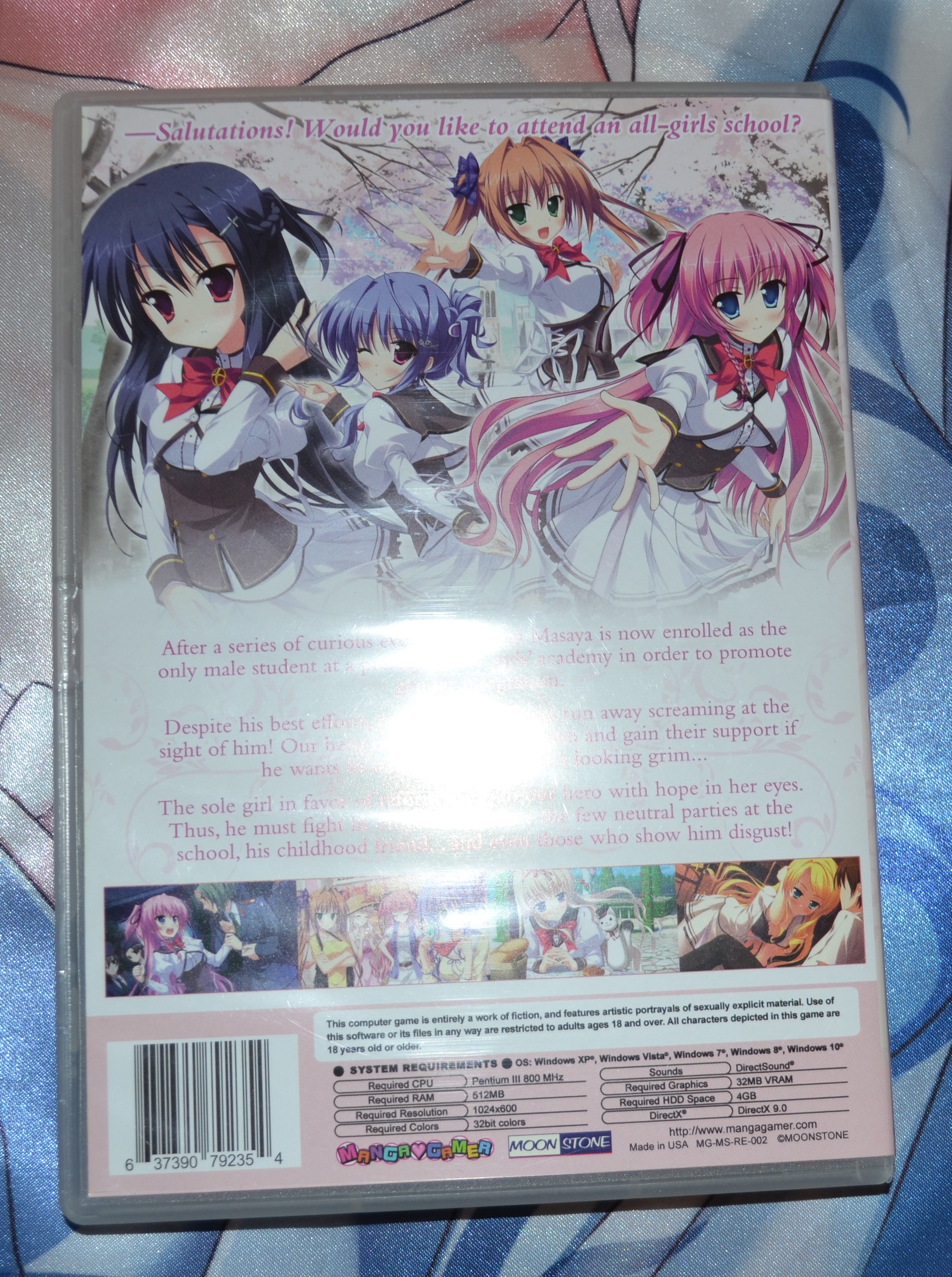 The front of the original soundtrack case 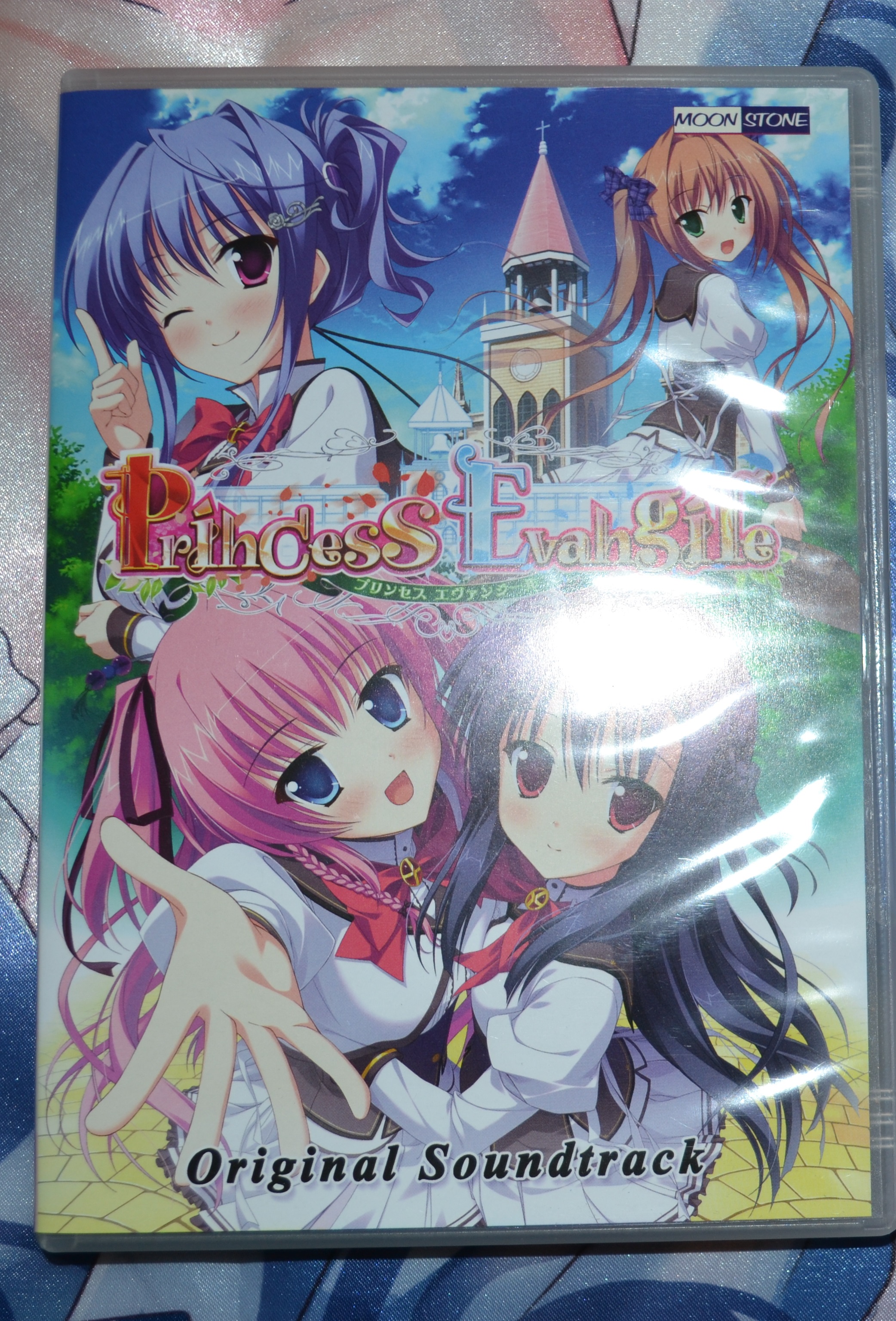 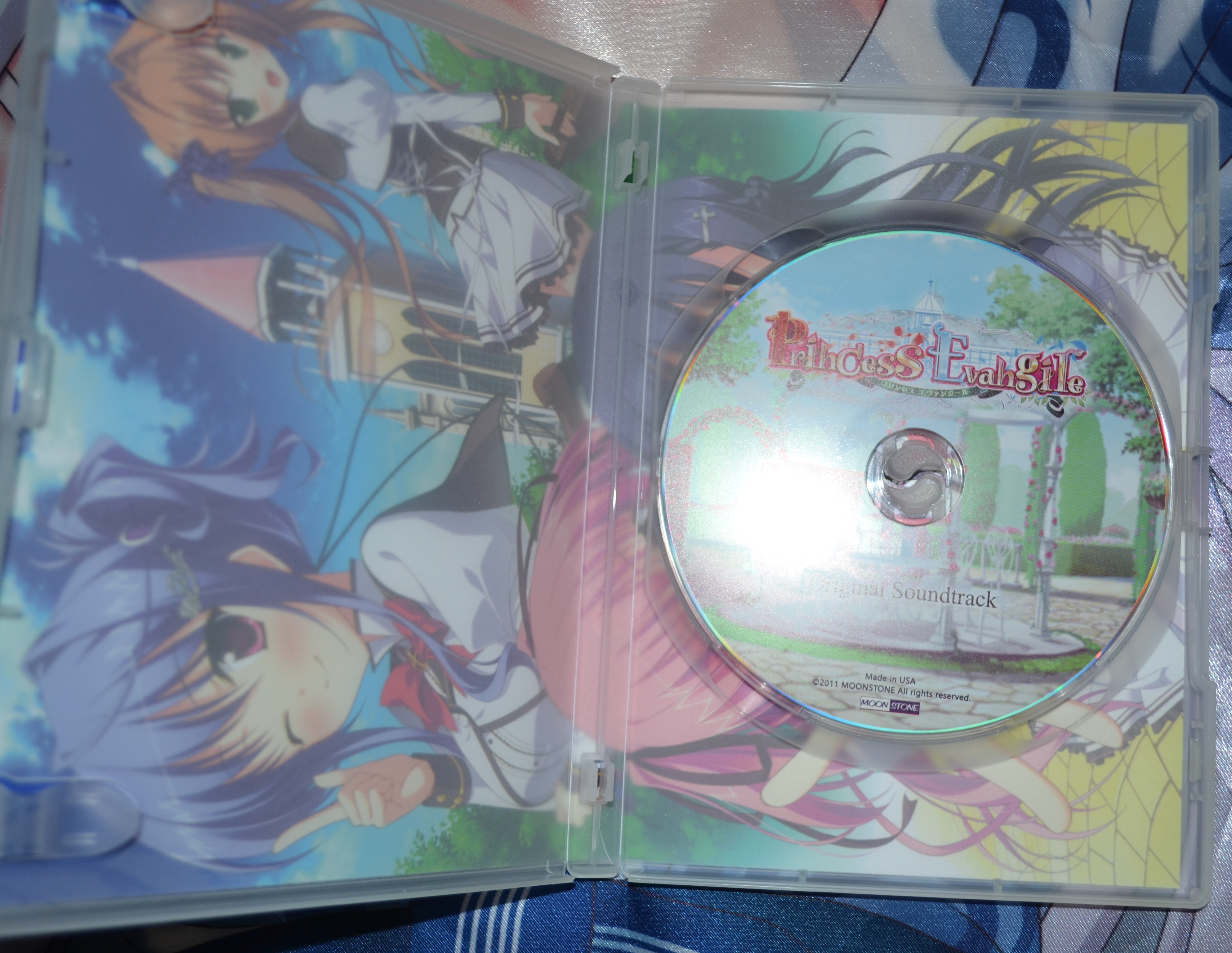 A little sample from the artbook 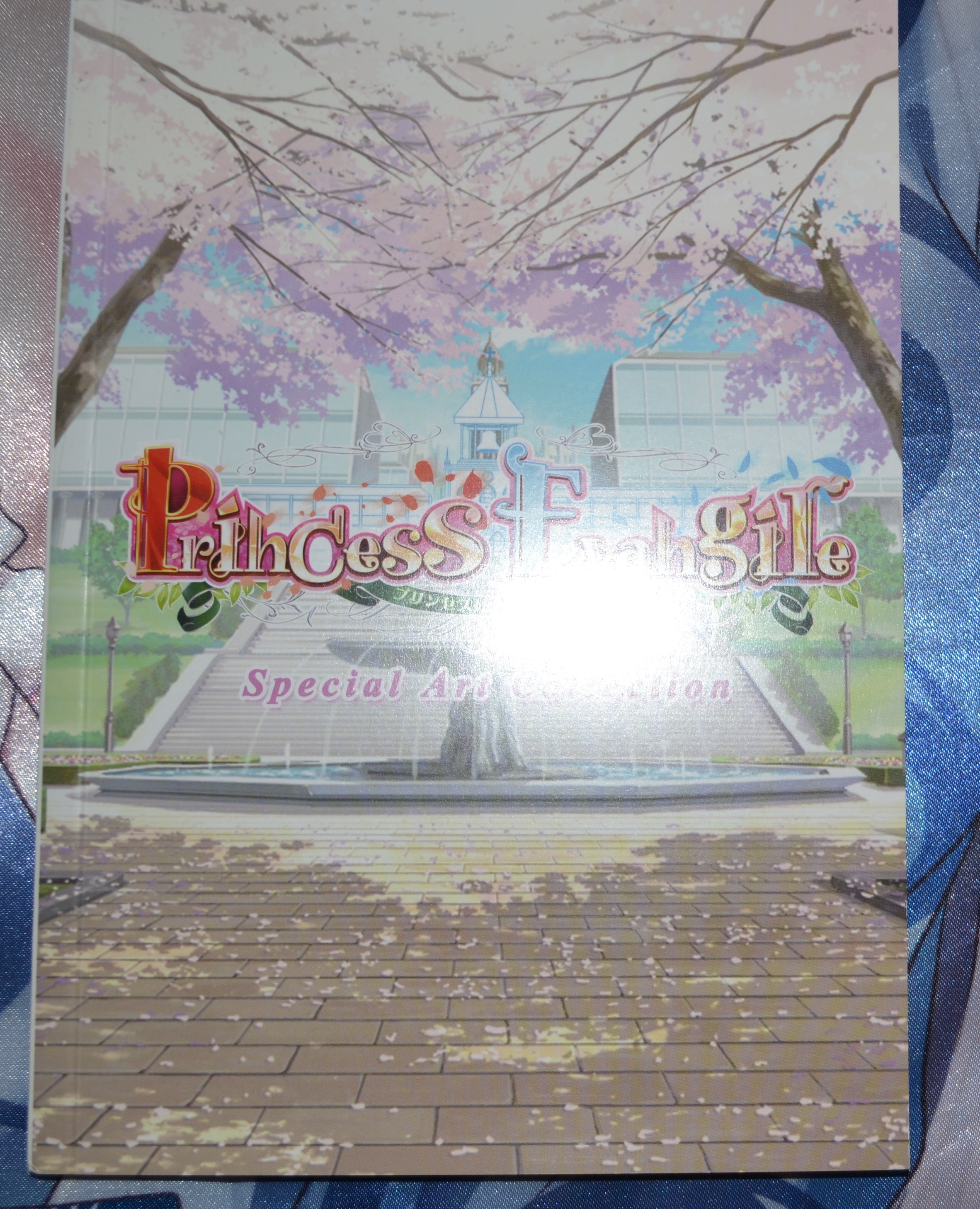 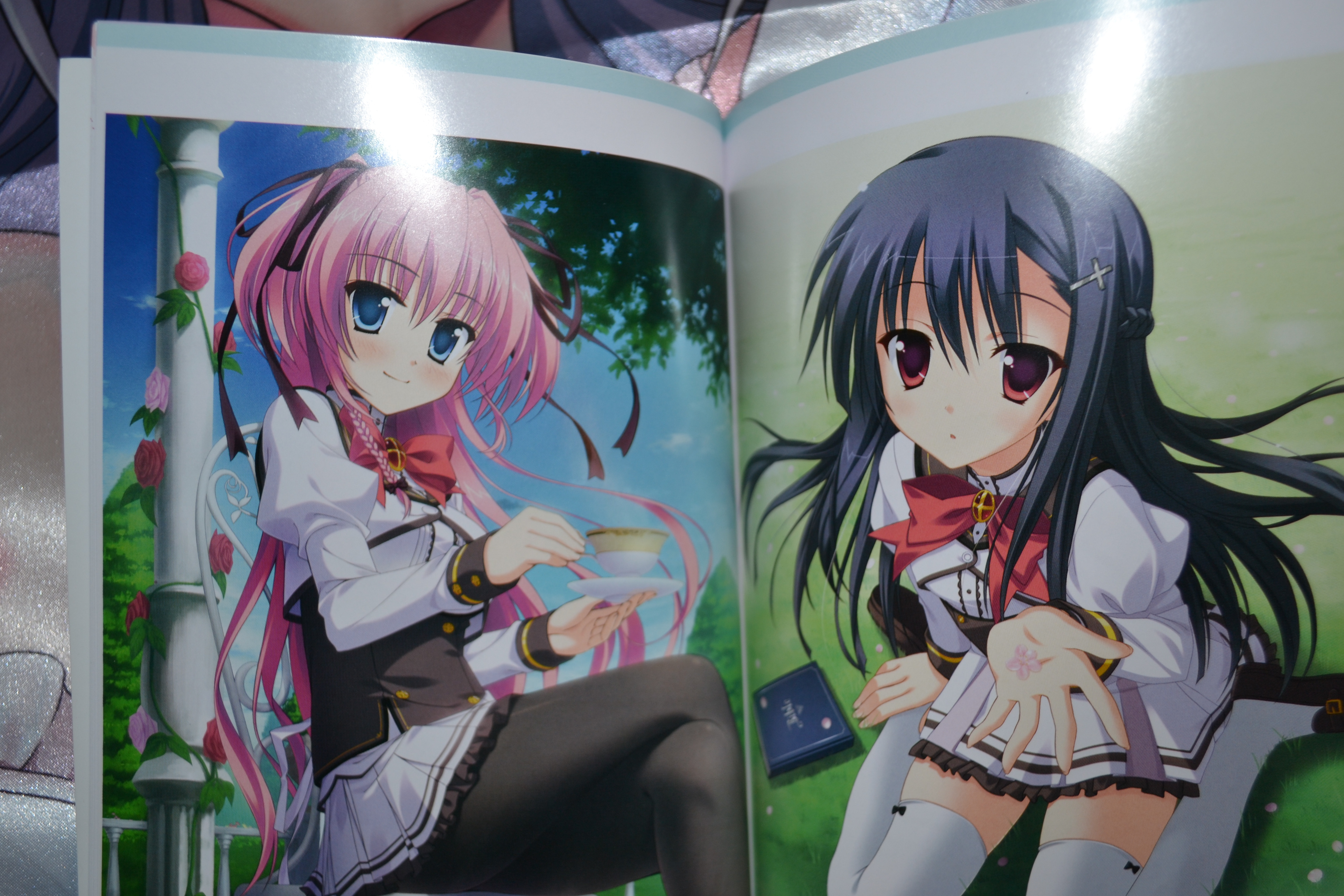 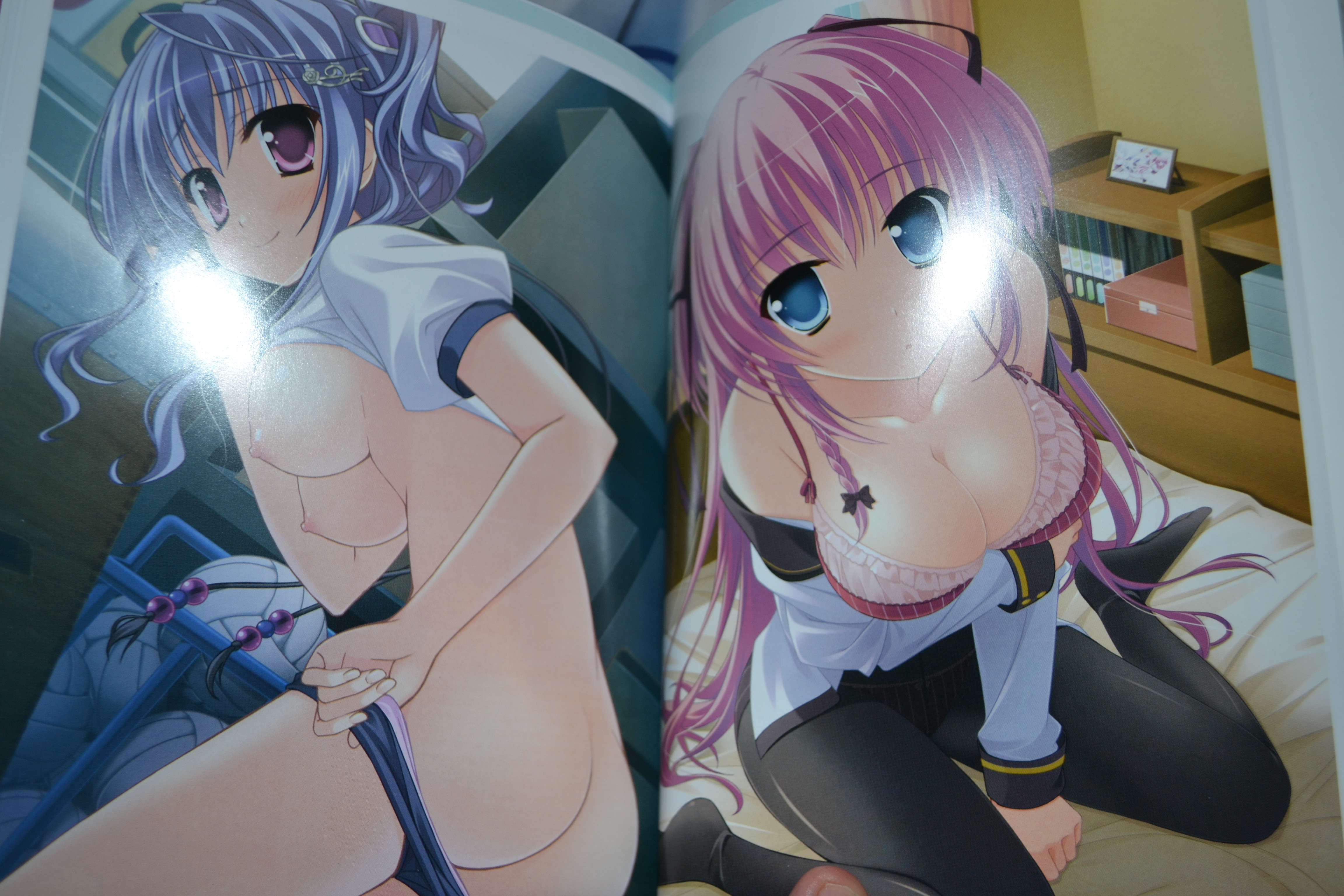