It have at least a female protagonist though! Serious now, this short title developed by Alice in Dissonance, and published by Sekai Project, was released back in February and since it's not moe enough and it didn't have any h-scene or censorship, it kinda slip under everyone's radar, myself included. I find it randomly when I was looking for short novels on Steam, but I'm thankful for the amount of adorableness I found in such tiny gem. 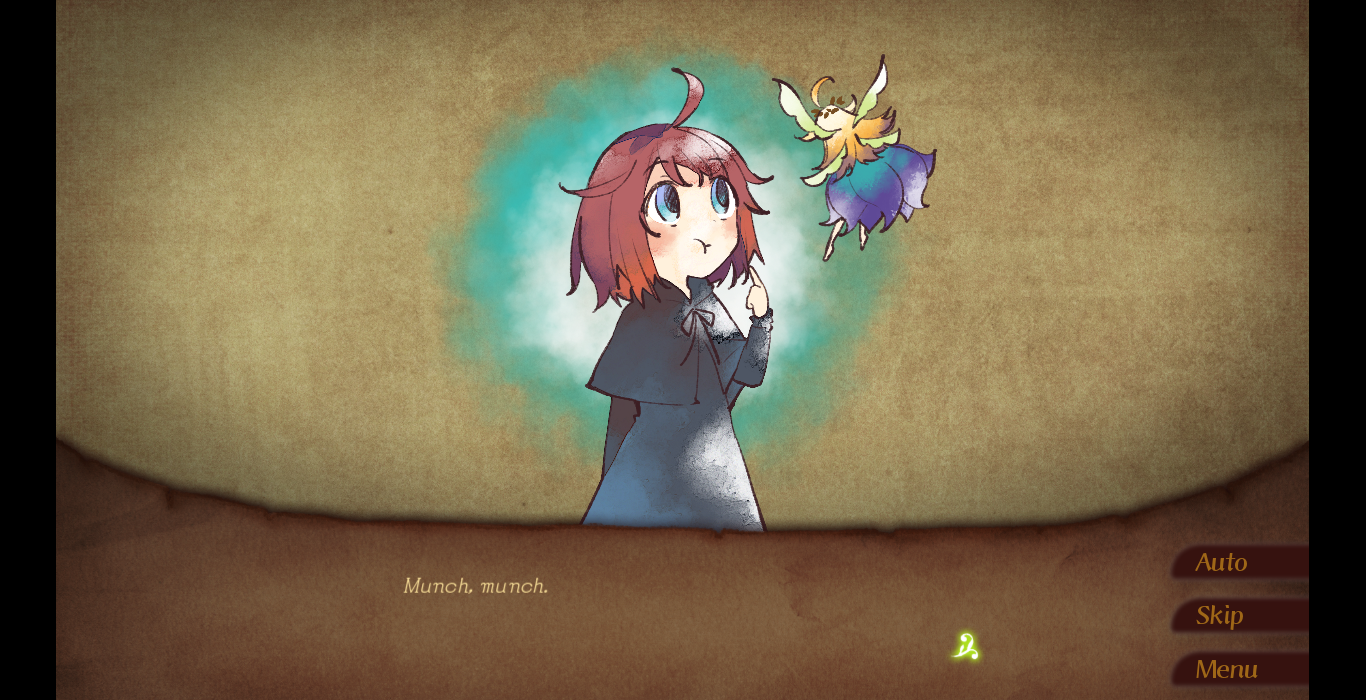 Both Mhakna and Fairy Bell from the title


Mhakna Gramura and Fairy Bell tells the story of Mhakna, a young girl that prays for a Fairy for happier days, just to have her wish granted and then carried to the beautiful and magical Enles Land with her best friend Sebiarno. But there's one condition, they must promise they'll give up on growing. The story is presented in chapter format and each one show a different adventure of the two kids in a fairy tale setting. It made me remember Sekien no Inganock structure but with more hope and less repetition, or a RPG Maker game named AliceMare but happier.

A thing worth mentioning is that, according the developers, Mhakna Gramura is a fairy tale written by Alissyn Rievegh, a Sanne'Ajrizdia-language (a fictional language) author in the world of Fault Milestone, Alice in Dissonance more known series. So it's a story inside a story. I know absolutely nothing about Fault and that didn't hinder my enjoyment one bit. But Mhakna does have some fictional language going on at times, probably the one mentioned above, but it's not hard to distiguish what's supposed to be a greeting and what's supposed to be food. Although halfway through, you get furigana (yes, in english) for some words. But if the idea of having furigana in english hurts your elitist soul, you can switch the the entire game language to japanese in the main menu! You also unlock a glossary by the time you finish the game, but for me it was a bit too late, I barely remember where each word was used. 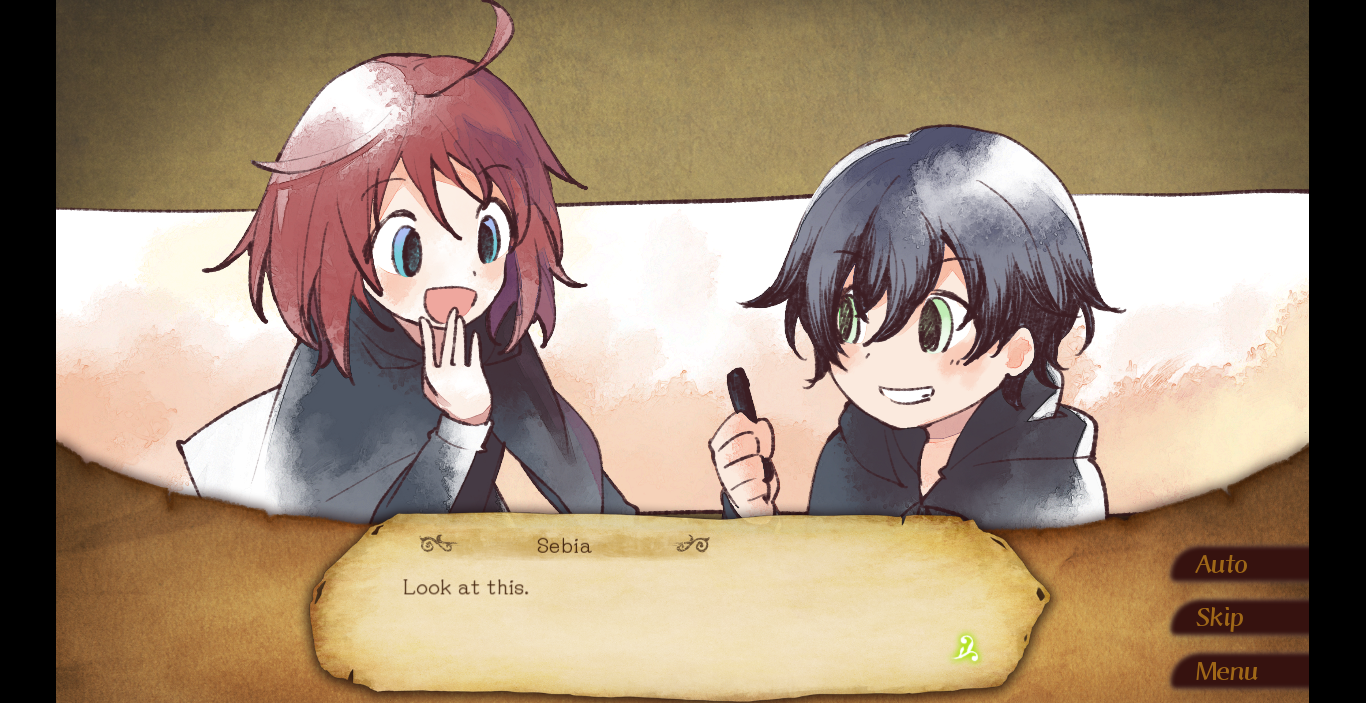 
The chapters themselves are pretty short, ranging from two to ten minutes long, 20 chapter total. It really is a very short reading, but unlike the aforementioned Sekien no Inganock, each new side character you met along the way comes back at least once so you get to understand their side of the story and what made them pray for Fairy Bell. More explanations and backstory are also unlocked in the glossary, for anyone that could feel unsatisfied. Of course, nothing is all sunshine and rainbows in this VN so be prepare to be hit with some feels. One chapter in particular was quite sad, and that's also thanks to its well written children characters, who actually act and think like children for 95% of the time.

The art is incredibly good. The game doesn't have sprites, instead the background image transitions along with the lines, enhancing the story book feels. Some parts of the images have very simple animations (like when we can see Fairy Bell moving up and down when she's hovering, rain and tears falling, etc), and that added a lot of charm and uniqueness to this experience. The coloring is very pretty as well.

And even the music! The tracks are a mix of relaxing and lively tracks, but the music for sad and weird moments also do their job well. Everything in this novel, art, music and story blended together really well. There's no voice acting, but the game is short, so it'll be over before you starting missing voice acting. 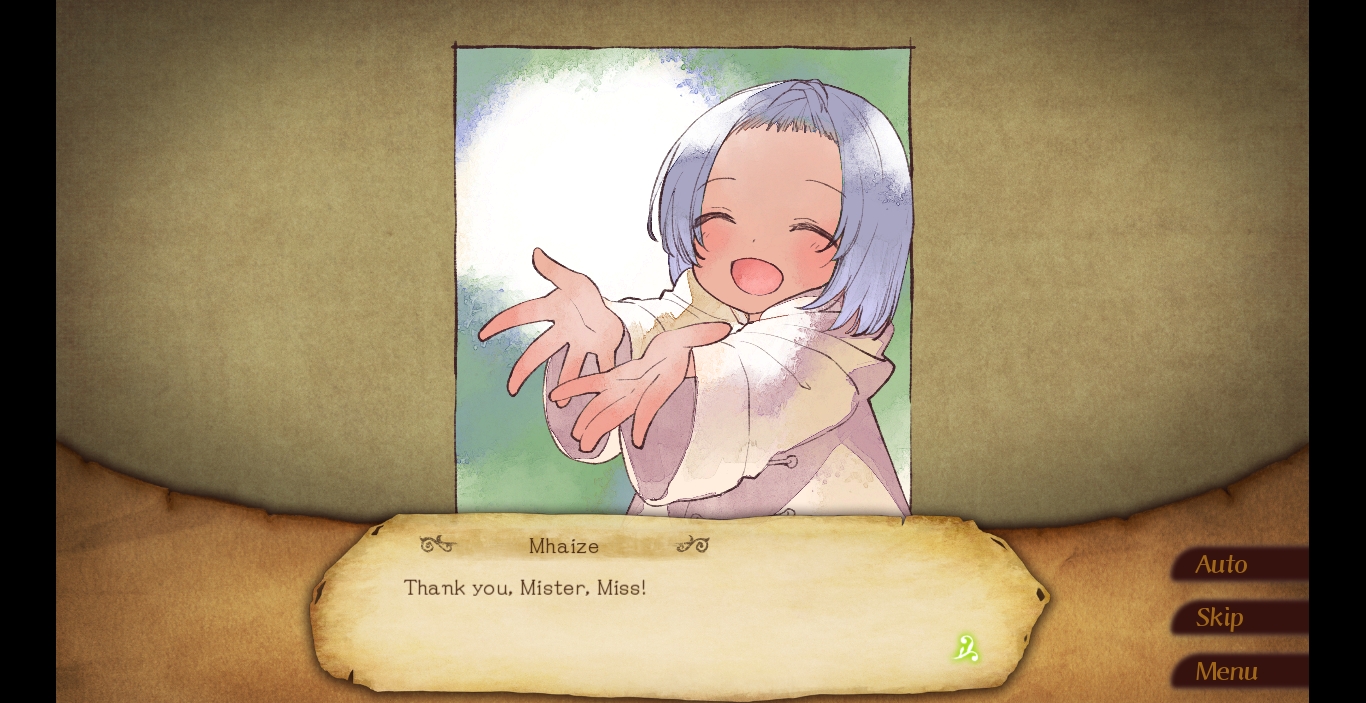 Even the side characters are so adorable...


After playing and seeing a lot of dark and gritty games or VNs where sex is your only reward, a innocent, pure and a bit childish game like this was a nice breath of fresh air in between longer reads. Even if it's pretty short, it's well worth its 5 USD price. If you're a sucker for fairy tale inspired stories, like me, this VN is satisfying!