How much of this did you know?

The Chuuni and Chuunibyou FAQ (自称) 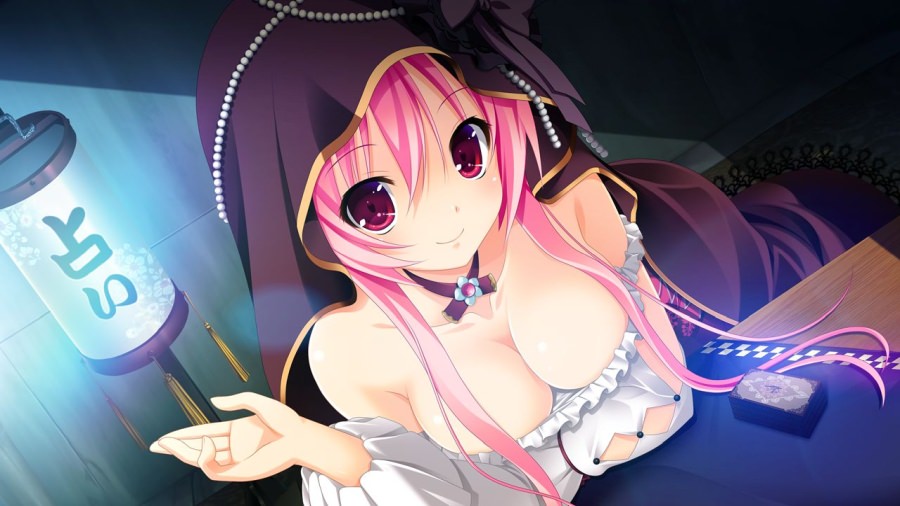 Because I wanted to settle the basics first.

Q. What is chuunibyou?

A.  "Chuunibyou" (中二病) is a Japanese word that literally means middle [school] second [year] syndrome. But it's not an actual medical syndrome. It refers to certain behavior.

So what exactly does it mean? That depends on who you ask.

The person to coin it, radio host Ijuuin Hikaru, defined it more or less as the foolish behavior of second year middle school students, in the context of school life.

But the term quickly spread and took on a life of its own. Pixiv's wiki has one popular definition: "a colloquial term intended to poke fun at the behavioral tendencies of pubescent kids stemming from their self-absorption and psychological complexes".

...Personally, I don't like Pixiv's definition. It's too condescending, focusing on psychoanalyzing behavior rather than accurately cataloging what it consists of. I realize that it's hard to pin down what exactly chuunibyou is, so it's tempting to take a step back, vaguely reference a few psychological terms, and declare that sufficient. But that's NOT sufficient, and here's why.

This term has long since passed the point when it was just a casual way to talk about how silly kids can be. It's been fully embraced by otaku culture. In other words, "chuunibyou" behavior--in terms of what it stems from, how it's expressed, how others should react to it, what its appeals are, what tropes it connects to, and so on--has been deconstructed and re-evaluated a thousand times over.

Here's my personal definition, that I believe to be more modern: chuunibyou is a personality trait that refers to behavior supposedly commonly seen in many second year middle school students. That behavior consists of a person acting or speaking so as to emulate what they consider the cool or admirable demeanor of characters within stories. Furthermore, that behavior is starkly mismatched with what a layman would perceive to be a rational behavioral foundation for that person, resulting in others viewing their behavior as peculiar. The person in question either doesn't notice or doesn't care about the mismatch.

Let's run through a couple of quick examples and break them down in terms of character, emulated demeanor, and perception of mismatch. 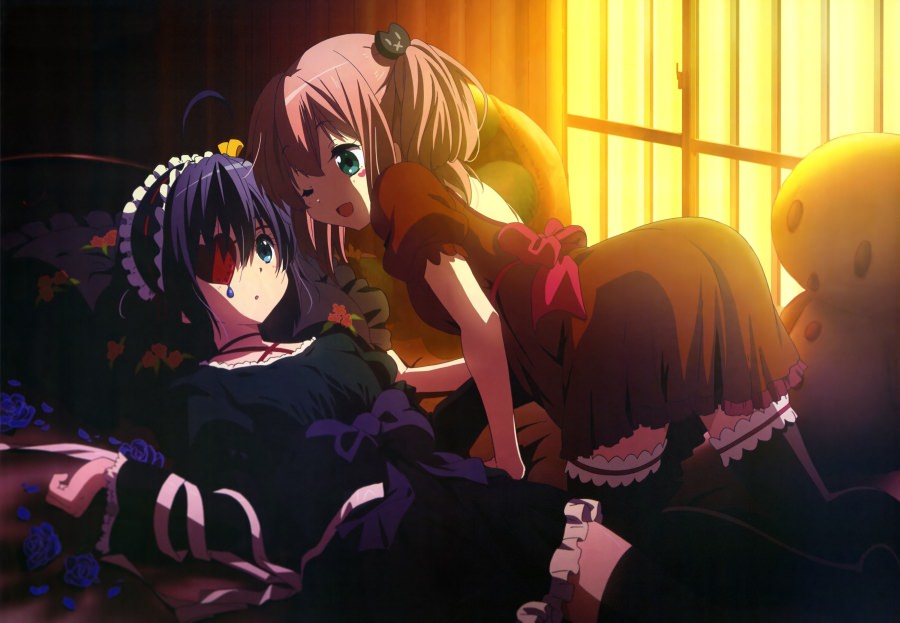 A. Yes, and no. This ties back to what I said about how the term chuunibyou has expanded. You can call them chuunibyou if you want, but for clarity, it may be better to call them "chuuni". I'll explain why in the next section. 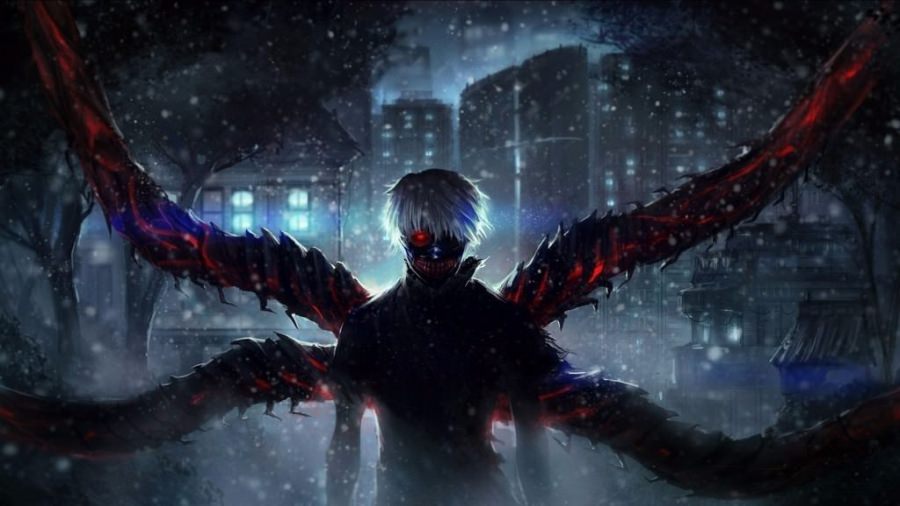 Q. What is chuuni?

A. Remember how I said that otaku culture has changed the term chuunibyou? I already went over the fact that Ijuuin Hikaru's initial meaning was essentially abandoned, and gave my personal definition for chuunibyou in the context of otaku culture.

Well, to put it simply, the word chuunibyou ended up having ANOTHER meaning, on top of the more traditional one that describes a behavior. Also, in order to make that other type of chuunibyou distinct from the traditional one, people ended up typically shortening it to just "chuuni".

The heart of "chuunibyou" is its source, the "coolness" that makes people behave in a chuunibyou way. And as discerning otaku, people quickly wanted a way to refer to that "coolness". THAT is "chuuni". The "byou" (syndrome) part is cut off the end, so the shortened version of the word fits this meaning well.

Stated more formally, the broadest possible definition of chuuni is any story or story element (whether a character or trope) that inspires, or could inspire, a person to behave in a chuunibyou way. In other words, it's whatever a second year middle school student would view as cool or enviable.

HOWEVER, people haven't been content with such a broad definition of chuuni. There are many informal, narrower trope-oriented definitions. I say "informal" because few people try to provide any exact list of what tropes are "sufficiently" chuuni. But you can be sure that different people have different perceptions of the word chuuni. More on that in later posts, potentially.

Finally, I'll note that as I said earlier, the traditional definition of chuunibyou is also occasionally shortened to chuuni. As a matter of fact, neither "chuuni" nor "chuunibyou" is exclusive to any specific meaning, which can admittedly make things confusing. 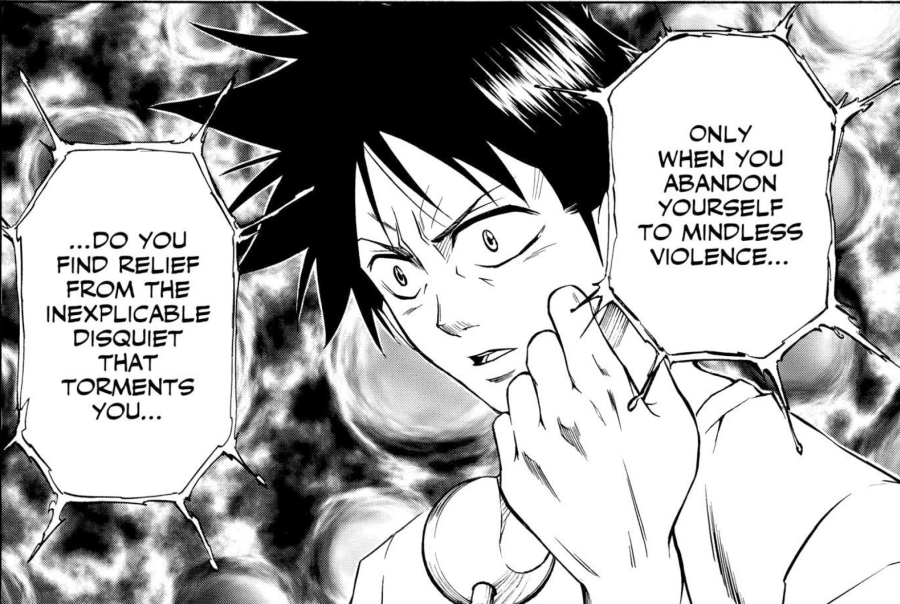 That's all the questions I can think to pose to myself currently. Maybe I'll come up with more later and add them.