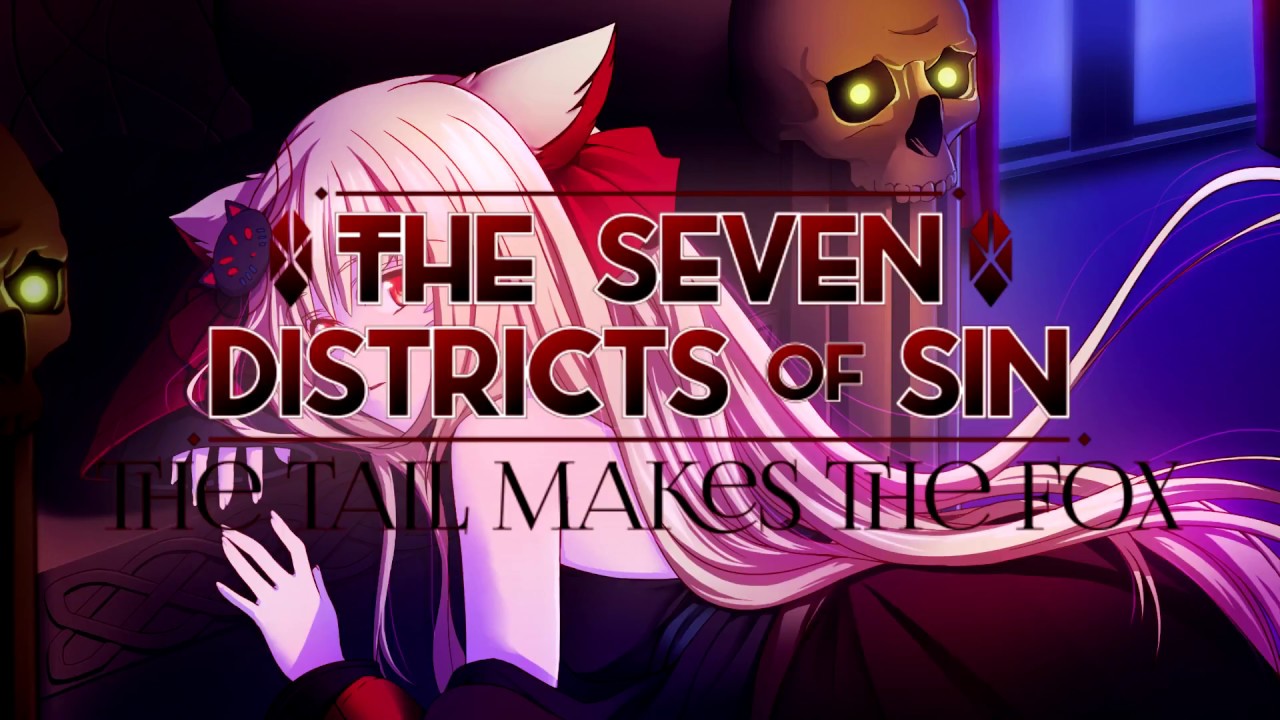 Disclaimer: I was provided with a free review copy of this game by the developer. All opinions expressed here are solely my own.

Be sure to check my interview with Jackie M., founder of Reine Works, the studio behind The Tail Makes the Fox

What better way to link my otome-themed weeks and the upcoming yuri event, than with a game that has an equal share of male and female romance options, especially if its one made by a studio most known for their Yuri Game Jam contributions? The Seven Districts of Sin: The Tail Makes the Fox – episode 1, developed by Reine Works and published in October 2017, came to my attention in an unusual way – a review copy of it was, to my genuine surprise, sent to my freshly-created Steam Curator page. Adding to my confusion, while the game’s release date suggested it was out for a few months already, it had no VNDB ratings or Steam reviews whatsoever.

While contacting the game’s developer clarified a few things (like the large gap between the initial Itch.io release and the game actually hitting Steam in early February 2018), a few weeks later its generally overlooked status seemed to change only a little. So, is this comedy otome not worth people’s attention? Or rather a testimony to the growing problems of the Western VN market? Even though the first episode of The Tail Makes the Fox is far from being perfect, I will strongly argue for that second interpretation.