Campus Notes-Forget Me Not (Aka The Adventures of the Pointy Teeth, the Spade, and the Beret)

Campus Notes immediately stood out to me because it is one of the few Visual Novels that actually is set in a University. In a medium dominated by the stale and overused High School setting it was a breath of fresh air to say the least. Your characters name is Yuta Kiriha and he is a new transfer student of the University of Tsukuba. Typically, College is supposed to be a time of finding your path, forging lifelong friendships, spending many sleepless nights studying last minute for a test, and getting irresponsibly drunk and puking all over yourself. Unfortunately for Yuta, after the opening ceremony he instead runs afoul of several oddballs and a strange doll like girl. Such is the spinning turmoil of fate. Yuta awakes the next morning only to find out that for some unknown reason nearly everyone on campus has completely forgotten who he is. If that wasn't enough after every day they forget him all over again. It is up to Yuta and his merry band of oddballs to uncover the truth behind the lost memories. 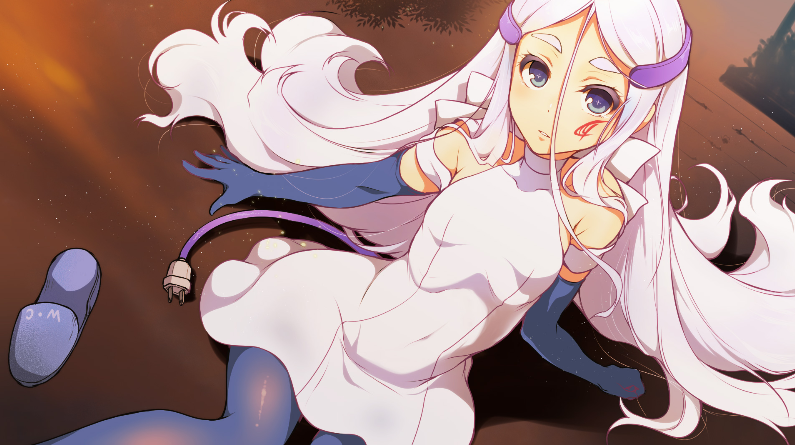 Why do harbingers of doom always look like cute girls?

Yuta is not the best protagonist I have ever encountered but he is far, far, from being the worst. Yuta is aided in his quest by the three oddballs from before and his new pal Fuma. They all bizarrely have the same struggles that Yuta has so they decide to band together in order to get to the bottom of this phenomenon. The oddball's names are Togi, Sion, and Kaen and they are some of the most unique characters I have experienced in a Visual Novel so far. They are the primary draws of the VN and they are just so much fun! Togi, Sion, and Kaen all have their own quirks and peculiarities and yet they all balance each other out. They're very fleshed out and not your typical tropey VN girl in the slightest. All of them are pursuing science degrees and it shows in their outlook and their theories on the situation. Togi is sarcastic and cynical and easily my favorite. She has a sweet side about her and she is the most overtly flirty one of the group. Sion is brash and the more intellectual of the group. She also loves her line, "I believe only what I can see for myself." Kaen loves gardening and cute things, is pretty tomboyish, and has a bad habit of referring to herself in the third person. Yuta as I mentioned before is decent enough and he has some pretty good lines even though he is often overwhelmed by the strength of the girls personalities. Fuma is a good platonic friend character and I liked how realistic the way Yuta and Fuma met each other came across. Each heroine has their own mini route which gives us a lot more insight into the girls background and backstories. The mini routes all stem from each girls theory of what exactly is the cause of this phenomenon. 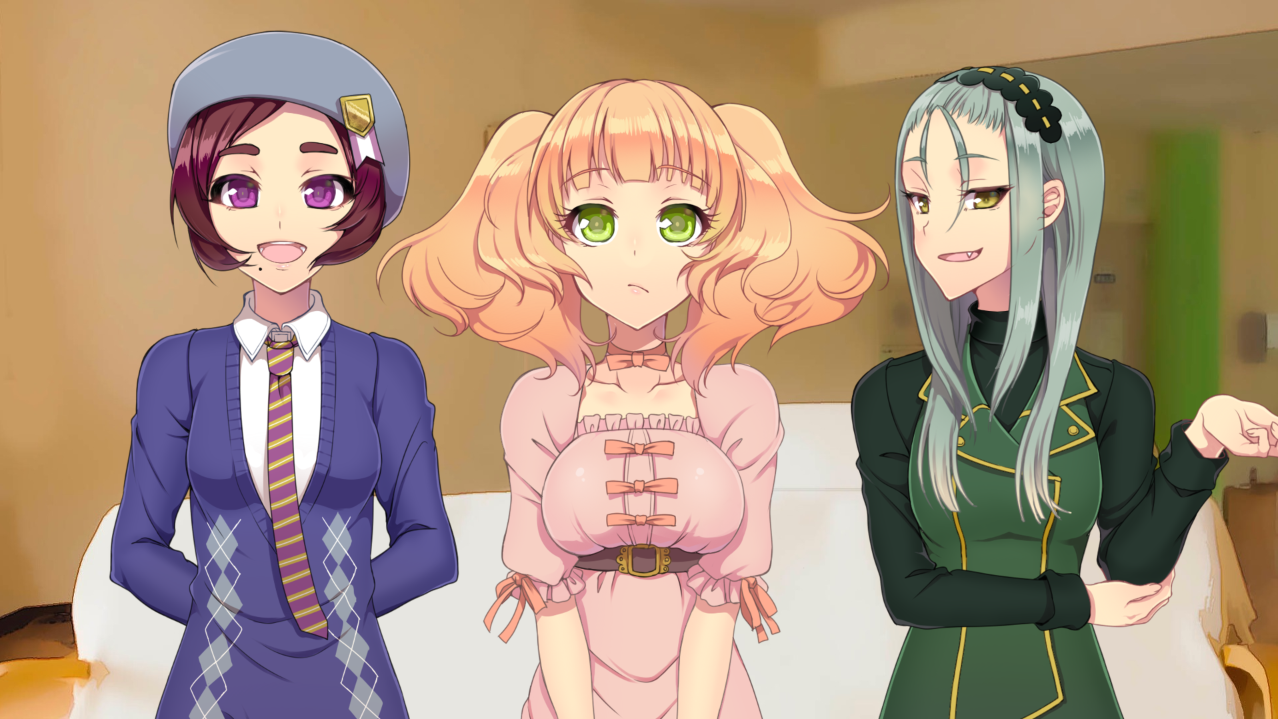 (From right to left Sion, Kaen, and Togi) 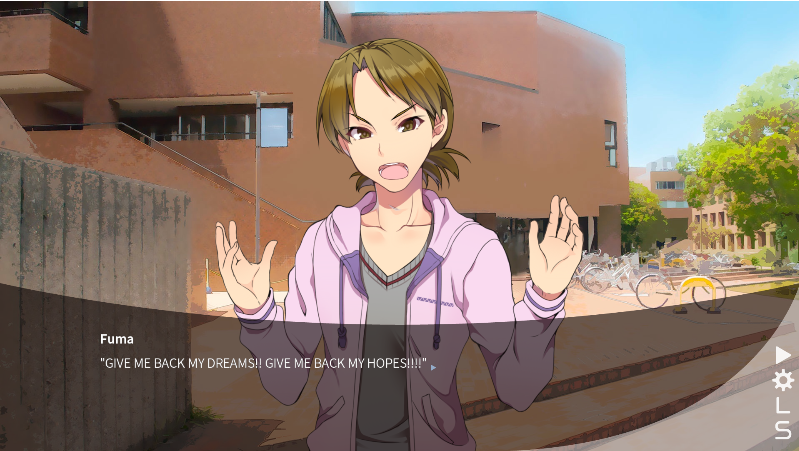 The mystery in Campus Notes does a pretty good job in moving the story along but it was the weakest part of the Visual Novel for me. What really makes it what it is are the characters and the dialogue between them and Yuta. The dialogue is something that I really loved and a lot of it reminded me of all the weird conversations I would have with own friends. The main problem with Campus Notes is that it is pretty short at most 15 hours and that's only if you really take your time with it. This is most noticeable in the girls routes when they abruptly come to a premature end. It makes sense within the context of the narrative but it still felt unsatisfying. The second problem I had with it was that there are a hardly any cgs in the game. Each girl only has two devoted to them which I thought was a real shame because there were a lot of scenes in the VN that I felt could have easily warranted their own cg. Lastly, there is the problem of the side characters. From what I have been able to determine a lot of these characters are in fact from the other Visual Novels that 4th Cluster has published. I had no idea who these characters were and it felt a bit off when one of them would suddenly appear. It did make me want to play their other releases however, though they have yet to be translated. The ending to the story itself felt a bit anticlimactic after all the setup but I wasn't too terribly disappointed. Despite its faults, it does enough things right for me to want to give it a hearty recommendation. My final verdict for it is a 8/10 it's by far not the best VN I have ever played but I'm still really glad I played it.