2018, A Year of Possibility in Visual Novels 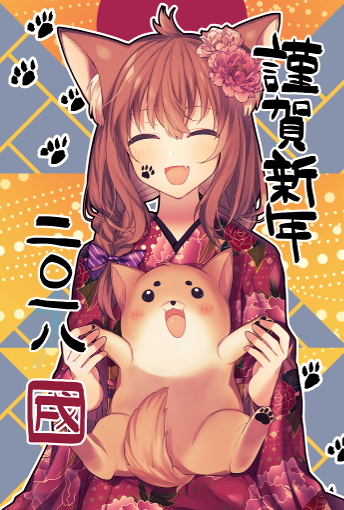 ~ Leaving Behind the Old Year ~

Let's face it. 2017 was not an impressive year for Japanese visual novels.

Sure, the OELVN scene had a breakout hit in the form of Doki Doki Literature Club.

Sure, the VN localization industry amazed everyone with prominent official releases of super-popular titles like Muv-Luv Alternative, Little Busters, and the never-before-translated Subarashiki Hibi, Dies irae, and Chaos;Child, to name a few.

But the heart of the visual novel industry remains in Japan. And this year has been fairly mediocre for it.

I mean, if you take a look at the numbers on Erogamescape (also known as EGS, it's Japan's equivalent of VNDB), you'll find that Hikari no Umi no Apeiria [vndb], and Nora to Oujo to Noraneko Heart 2 [vndb] were the only VNs with a median around the mid-80's or higher and more than a hundred votes [EGS source data]. For reference, 2016 had 6 titles at that level: Island, Chaos;Child, Akeiro Kaikitan, Utawarerumono 3, Tokyo Necro, and Baldr Heart.

Of course, that data point doesn't tell the full story. EGS is geared toward eroge players; in terms of pure adventure games (also known as ADV, the common way Japanese players refer to visual novels) New Danganronpa V3 [vndb] was very well-received. (V3 is also the only 2017 VN among VNDB's top 100.) The very recently released Kiniro Loveriche's [vndb] reception has been extremely positive, and though it hasn't had time to accumulate votes yet, I'm optimistic it will stand toe-to-toe with the likes of Apeiria. It's not like there aren't an assortment of noteworthy VNs that merely fall short of the top tier statistically, such as Ouka Sabaki [vndb] and ChronoBox [vndb]. Fans of particular studios like SMEE [vndb], Purple software [vndb], and Moonstone [vndb] were also able to get their fix this year. The VN industry is far from dead; if anything, it's evolving to fill various niches.

~ Ringing in the New Year, Along with Potential Kamige ~

Every year has promising titles. Unfortunately, they often don't live up to their promise. Still, some titles are so promising--the studios behind them so reputable, the staff working on them so consistent, so little room for error--that it's hard not to get excited. 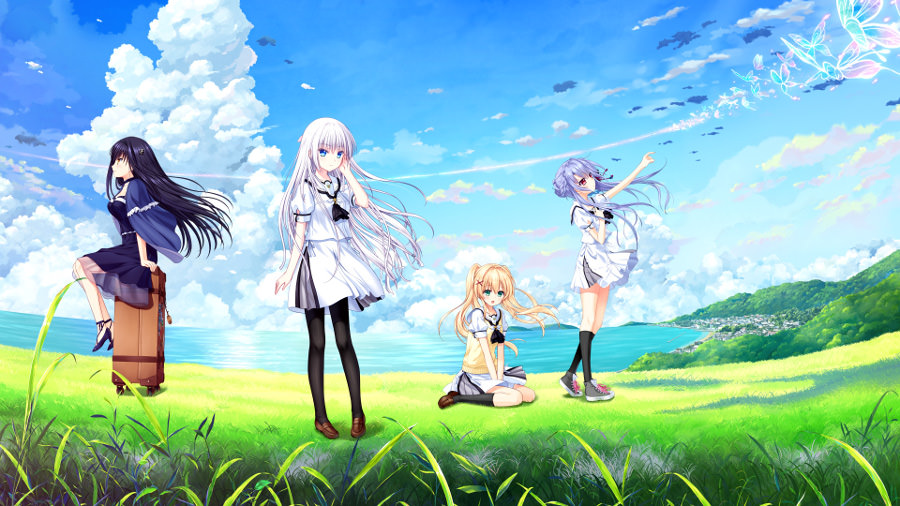 Let's start with this one, because it's the one I'm personally most hyped for.

To state the obvious, Summer Pocket is a major ADV from Key. No matter who the staff behind it is, you'd be foolish to underestimate it. Key's complete major titles are Kanon, Air, Clannad, Little Busters, and Rewrite. (I skipped Angel Beats because it's not complete.) Every one of these VNs is resoundingly famous.

But let's pretend we don't know that Key, with its reputation for ambitious works that are patiently crafted rather than quickly pumped out, is behind Summer Pockets. Instead, let's take a look at the staff.

The heart of Summer Pockets is Niijima Yuu. He's the mastermind behind Hatsuyuki Sakura, a massive hit from 2012. His prose is hilarious, fresh, and really endears you to the characters. With his tendency toward fanservice and lewd humor, and the way it's always hard to discern the supernatural from the metaphorical in his narratives, he has a lot in common with Maeda Jun. ...Hopefully you already knew this because you've read Hatsusaku. Nobody should miss out on that one, whether they're a romance fan, an action fan, a mystery fan, or a FEELS fan.

Anyway, the problem with Niijima Yuu is that he can't be allowed too much creative control. If he is, you end up with the likes of his later works Majo Koi Nikki and Koi x Shin Ai Kanojo, where he made creative decisions that alienated many players. When he was with Saga Planets, they reined him in well. When he was with Amuse Craft, they obviously didn't. But he announced a period of self-reflection in response to Koikake's criticisms. And he adopted a very humble attitude in the first Summer Pockets interview from back in December 2016. Furthermore, Key is a company incredibly concerned about its brand identity, and on top of that, Summer Pocket is constrained by Maeda's outline. So I'm confident that Niijima's strengths will truly shine through, like they haven't since Hatsusaku.

And my optimism has been boosted further by all the Summer Pockets info released this past week. Not only are the character designs and backgrounds beautiful, but the excerpts of scenes with each heroine are charming and demonstrate that yes, this is Niijima at his finest.

On a final note, it's very possible that Summer Pockets will be delayed--hopefully not past 2018--because Niijima's recent tweet indicated that he's not at all confident he'll be done with the scenario in time for a June 29 release. 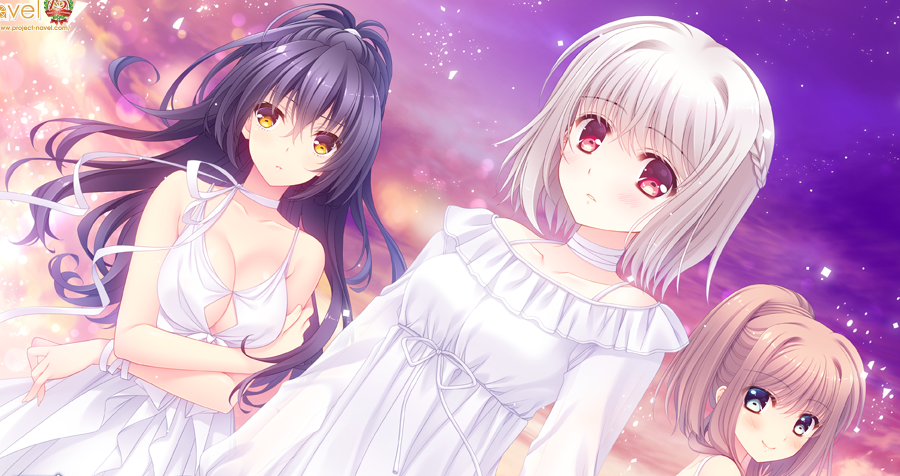 I won't say a lot about this one. I'm not a Navel expert; I've watched the Shuffle anime, and read Oretsuba and Tsuriotsu, but that's it.

The real question, to me, is how much of a creative role Jackson will play. A fair amount of what made Tsuriotsu so special to me came from Jackson (yes, I'm aware of what interviews and such say, and I believe it's deceptive). We know Jackson does miscellaneous work for Navel, but will he involve himself in this new VN? Or will Navel just let Kazuki Fumi do what he wants within a particular framework, and hope for a decent reception?

Even if Kazumi Fumi doesn't receive any support from Jackson, Kimimeza could still wildly succeed. He's a talented writer who wrote Gun Knight Girl and Akeiro Kaikitan, among others, and the constraints of Navel's brand identity could help refine the finished product into one that's broadly appreciated. The premise of Kimimeza feels really interesting, not overly generic but not silly or half-assed either--it's the premise of Chobits where a guy finds an abandoned android, except the girl isn't an android, she's disguised as an android but actually a victim of human organ trafficking, plus there are apparently assassins.

Although the story seems like it'll be exciting, the fact that there are only 3 main heroines makes me wonder if Kimimeza will be smaller-scale than Tsuriotsu. Still, there are plenty of reasons to pay attention. 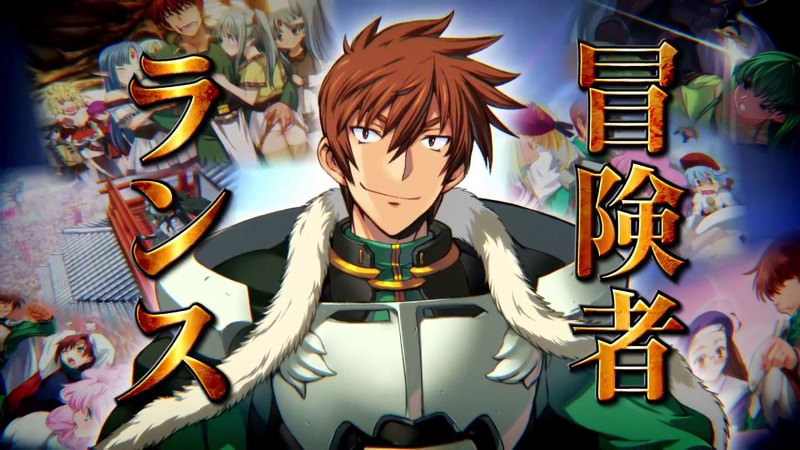 Rance needs no introduction, and doesn't lack proponents. The Rance games are always above average in quality, and they always sell well.

In case you hadn't heard about Rance 10 in particular, it will be the final one in the series. As the concluding chapter, the big question is whether fans will consider this a fitting end that wraps everything up the way they hope it will. My gut is telling me that it will be.

What's also awesome about Rance 10 is that once it's out and the series is over, people like me who aren't into the series will no longer have to feel jealous that they can't join in on the hype. 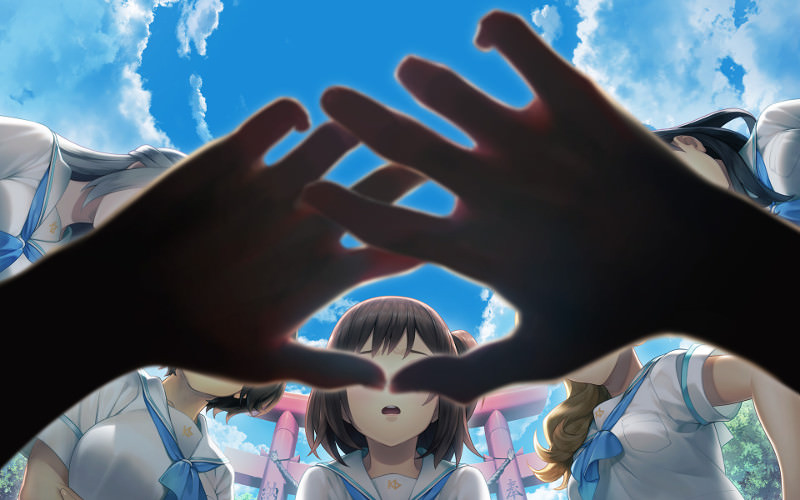 The literary core of the current Nitroplus, and the brain behind many ambitious and unique titles, Shimokura Vio, is making a new eroge.

I haven't researched this much, and not a lot has been announced either (maybe more has been mentioned in interviews that I'm just not aware of). The tagline is "I (僕) know your ugliness (醜さ)" and the title is a play on "The Ugly Duckling". "Mojika" is probably a reference to 文字禍 (lit. "letter calamity"), Nakajima Atsushi's 1942 short story about a fatal curse upon an Assyrian king, which originated from a spirit (霊) of written language (文字). I'm not someone who reads classic Japanese literature, so I don't know more than that. In any case, my impression is that it will be another deconstructive work by Shimokura. 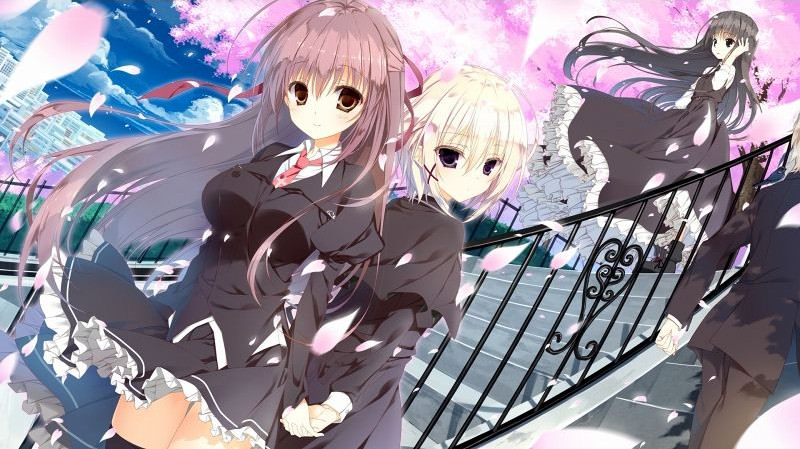 Is it stupid of me to assume that the sequel to Sakura no Uta, of all VNs, will actually come out within a mere year, rather than suffer delay after delay? Probably, but it's being steadily developed and Sca-ji initially aimed to release it in 2017, so the whole of 2018 should be enough time, unless... well, unless history repeats itself.

Again, this will be the sequel to Sakura no Uta, the best VN in the last half a decade. And it'll be done by the same writer, and probably mostly the same audiovisual staff (too lazy to check). Although it's possible that it won't be as ambitious as Sakura no Uta, it will naturally feature Sca-ji's writing and have some excellent parts, and probably be rated highly too.

I don't have much to say about Rance 10, Minikui Mojika no Ko, and Sakura no Toki, because their staff situations aren't as complicated as Summer Pockets and Kimimeza, as far as I can tell.

Many other VNs will be both announced and released in 2018, so this is far from a representative portion, but here a few other titles that caught my eye. Sorry if I missed your favorites, hypothetical reader. 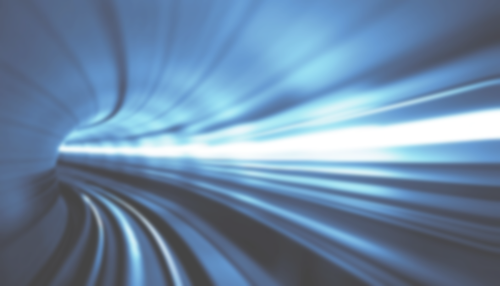 My wild prediction is that 2018 will be the year that people accept that the eroge industry won't be pumping out kamige like Fate/stay night or Muv-Luv Alternative reliably any more, and won't be standing at the cutting edge of moe again anytime soon, but still has unique worth as a medium and will continue to steadily produce awesome works that rival any popular anime or manga. The big investors and talented writers are mostly gone, but in exchange, studios are getting smarter and playing to the medium's strengths. Maybe we'll also see people categorize less in terms of eroge versus console ADV, and more in terms of (doujin) eroge versus commercial ADV.