Today I'll be going through this new visual novel "Noble Works." Some call it a moege, some call it a charage, and people who aren't pretentious call it an eroge.

The story begins from the perspective of our male protagonist, Noble Works. Noble Works is in a real pickle. 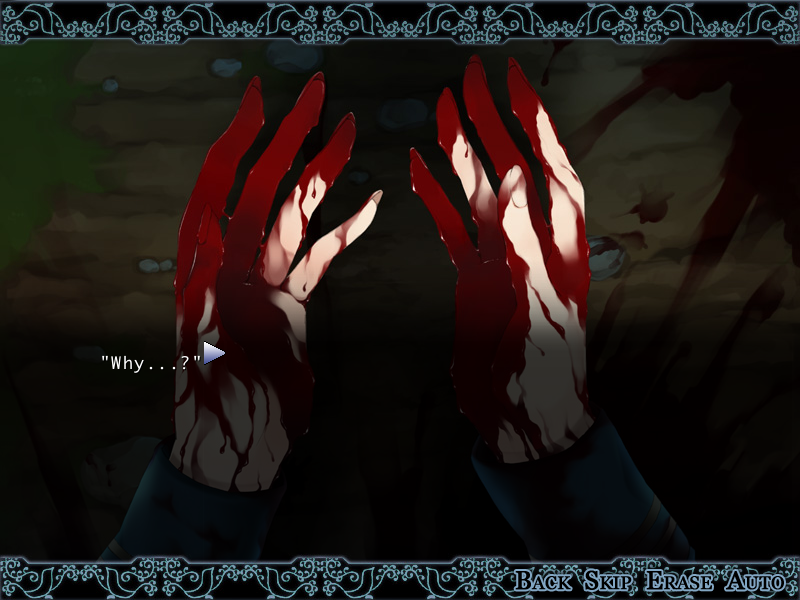 You see, Noble Works works a lot of part-time jobs in order to pull himself through high school. He lives alone because he doesn't want his parents around when he inevitably does the sexorz with cute girls. Unfortunately, various circumstances have left him unemployed, and he now wonders how he'll pay the month's rent.

Suddenly, Noble Works is approached by his cute kouhai. 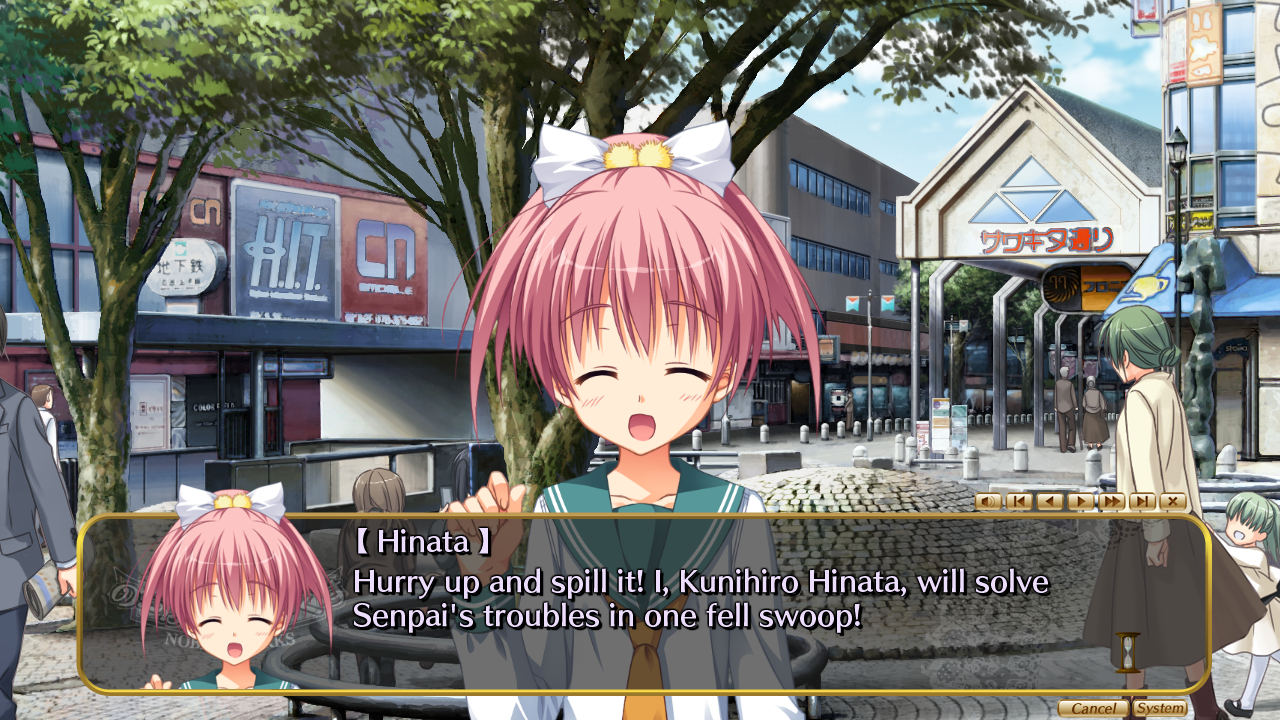 She and Noble Works attend Hatsushiba Academy together. But apparently you don't have to remember that, because the name of the school appears only twice in the damn game.

After she contributes jack shizzle to our protagonist's plight, we move on and meet a guy who looks suspiciously similar. 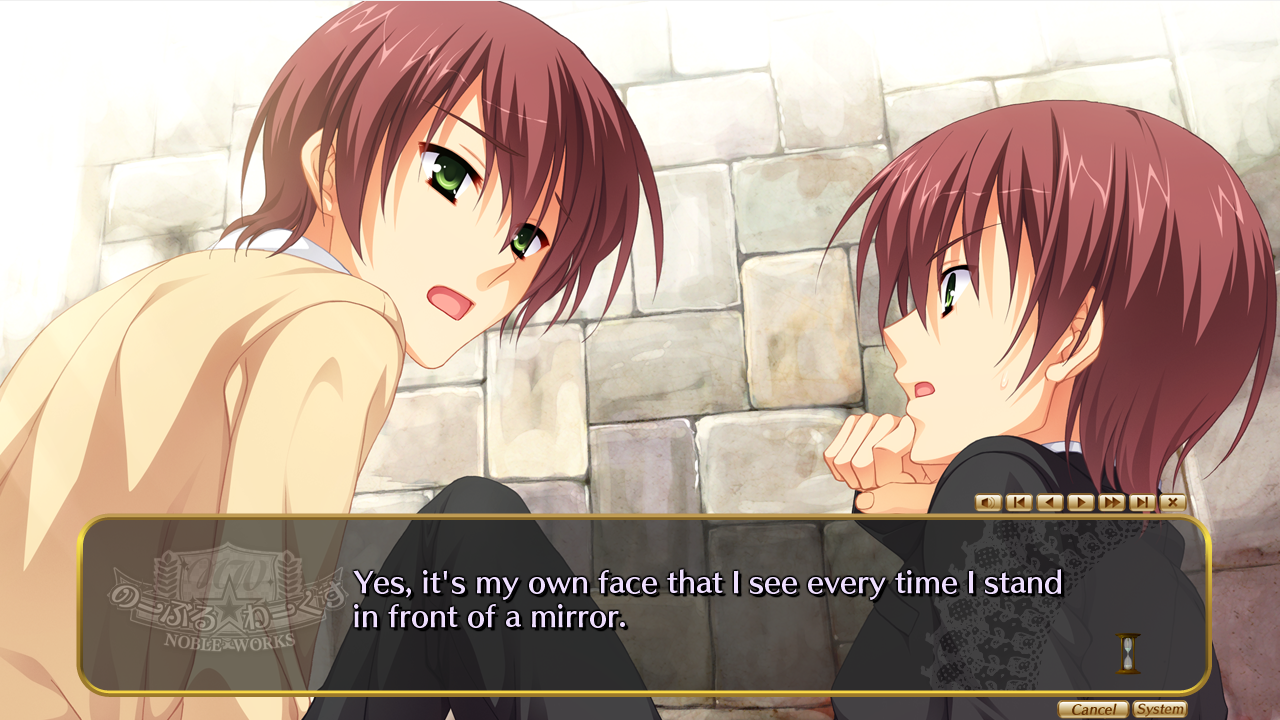 This guy looks exactly like the protagonist! Having determined that there's been some sort of glitch in the matrix, they decide to battle in order to decide who's the true Noble Works. However, this battle goes a step too far. 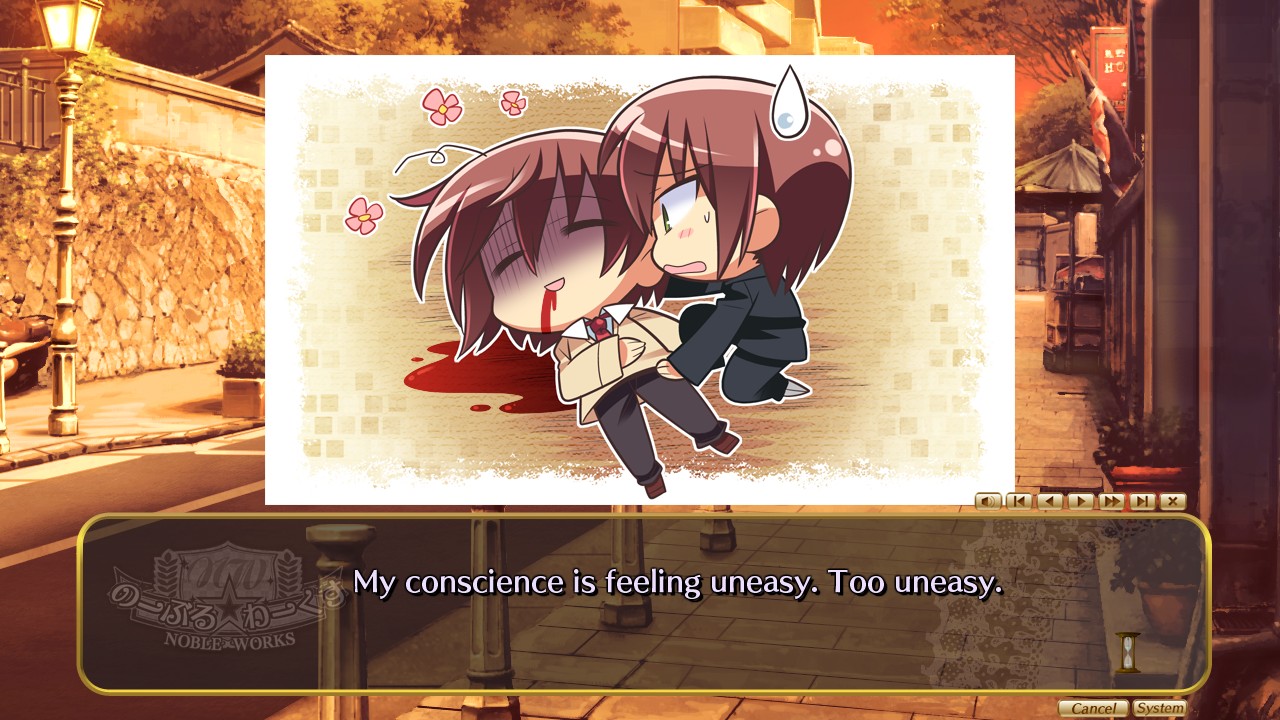 Our protagonist has killed the imposter Noble Works. In a panic, he rushes the body to his apartment.

Soon thereafter, a group of suspicious people and a cute Chinese girl break in. Despite Noble Works's best attempts, he cannot explain away the corpse at his side. 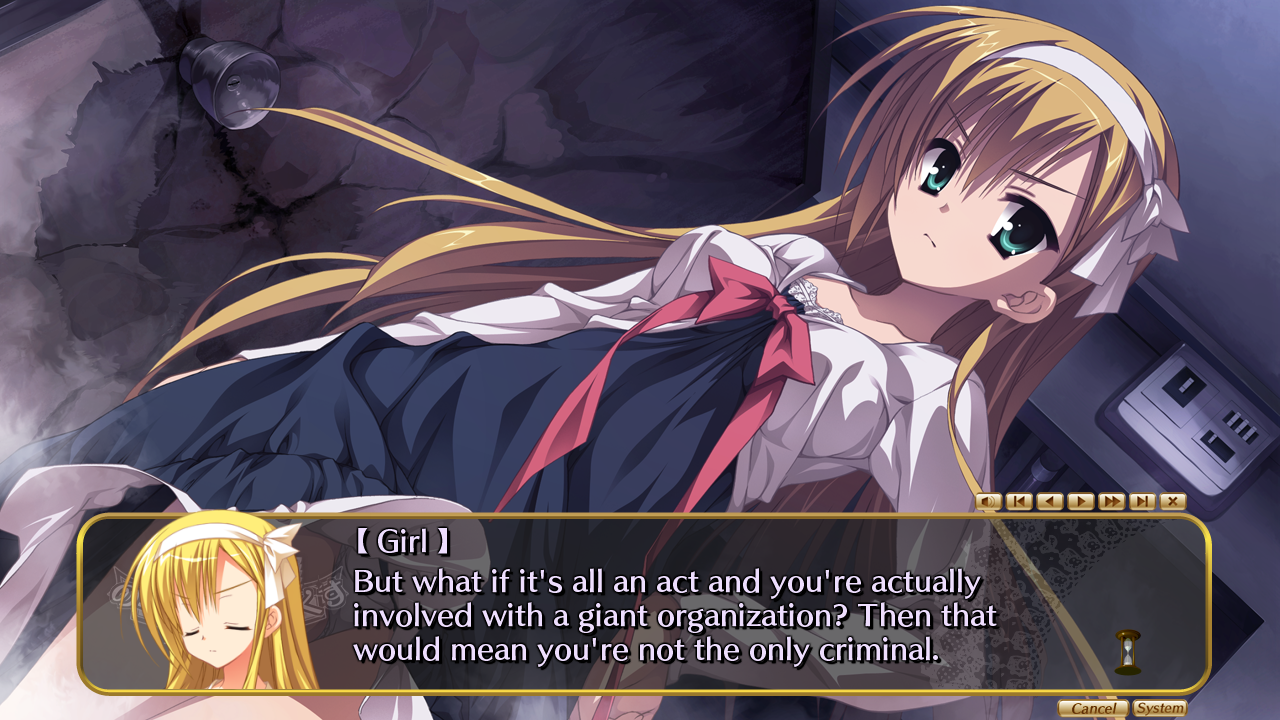 The situation gets complex at this point, but it all comes down to this: In order to atone for his sins, Noble Works must attend a prestigious high school academy in the dead guy's place. It's kind of like The Prince and the Pauper, or Princess Evangelion. 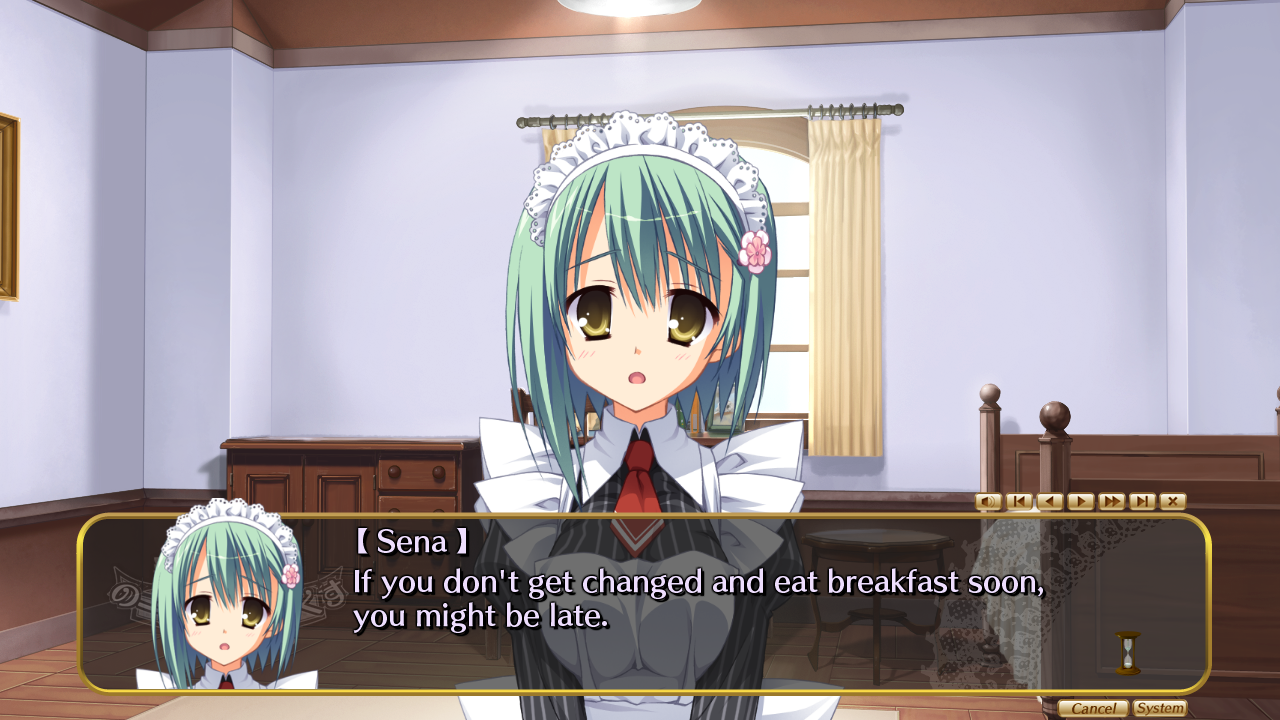 I know what you're thinking: That's an awfully short tie she's wearing. In actuality, that's a perfectly normal tie. It's just that her knockers project so greatly that it looks short from this perspective. 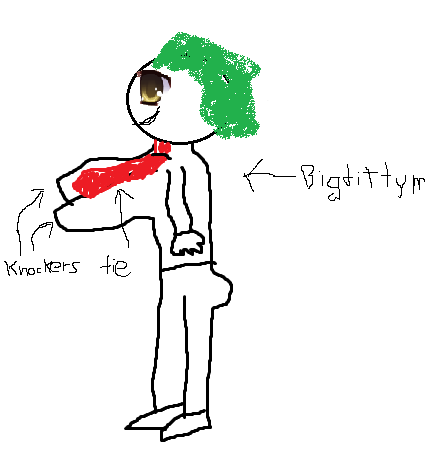 While at school, Noble Works meets the next heroin. Well, first we meet her grampa, this guy: 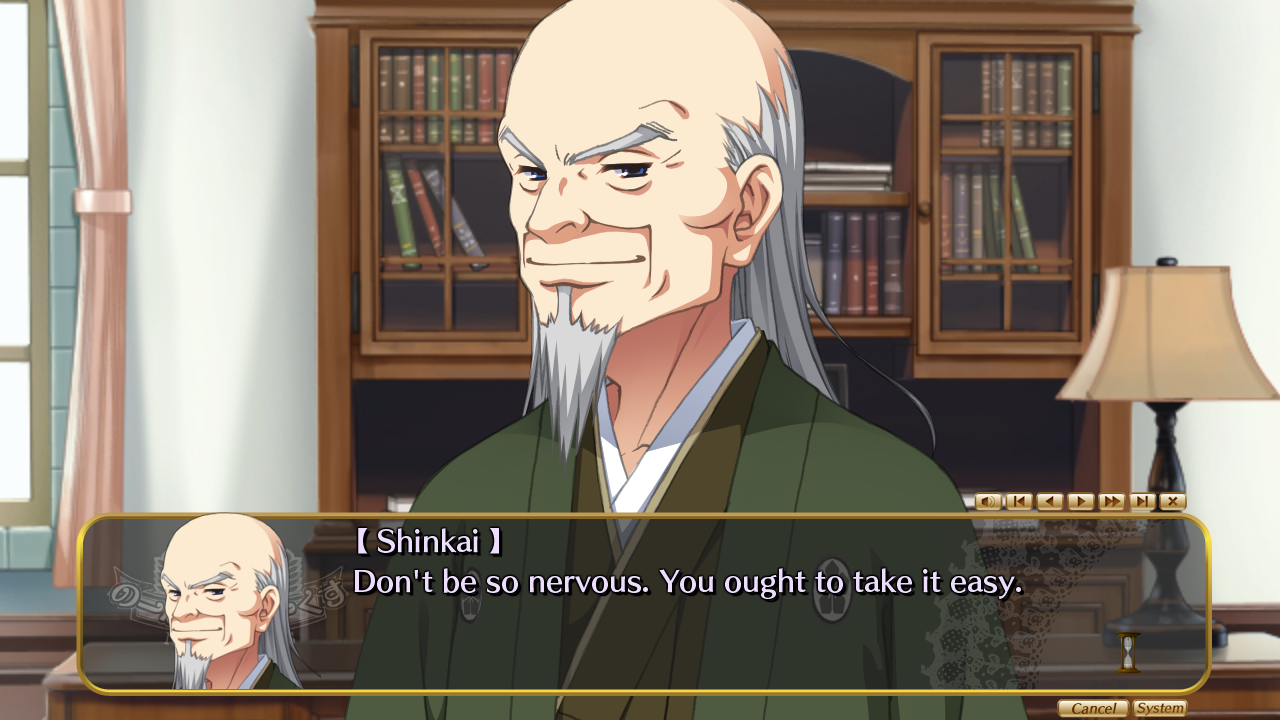 Then we see the confused, alien-looking chick. 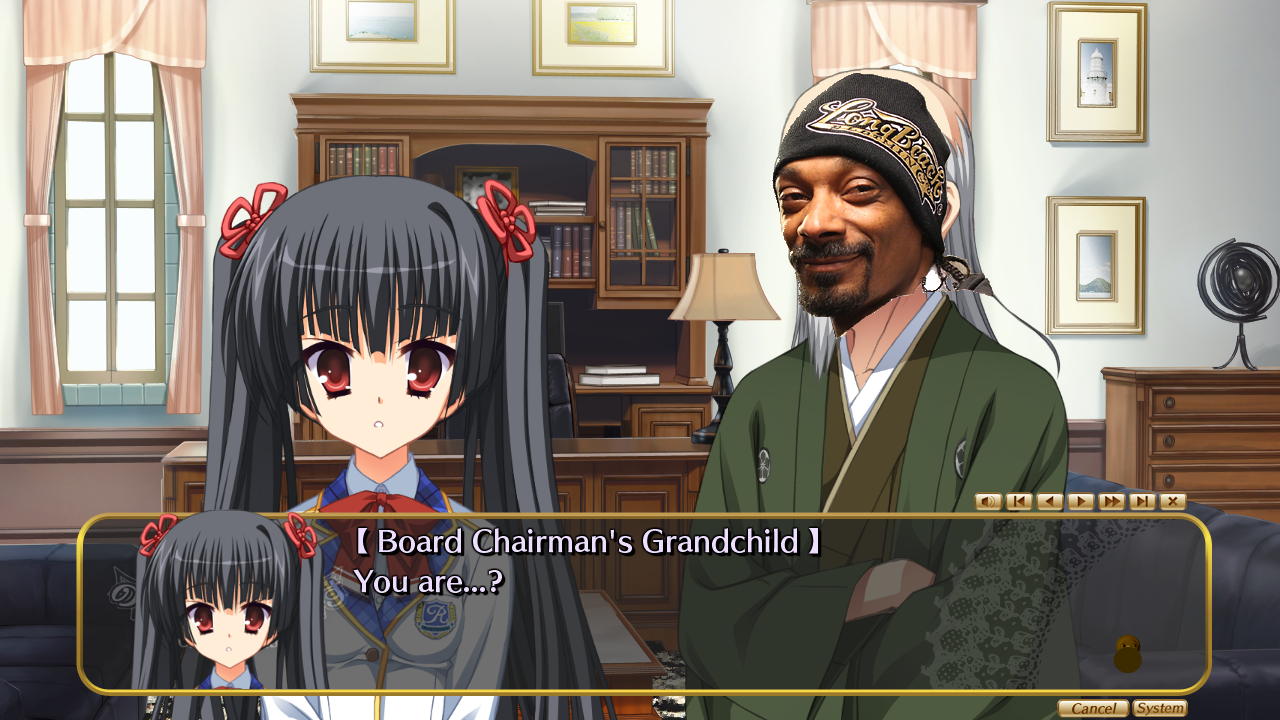 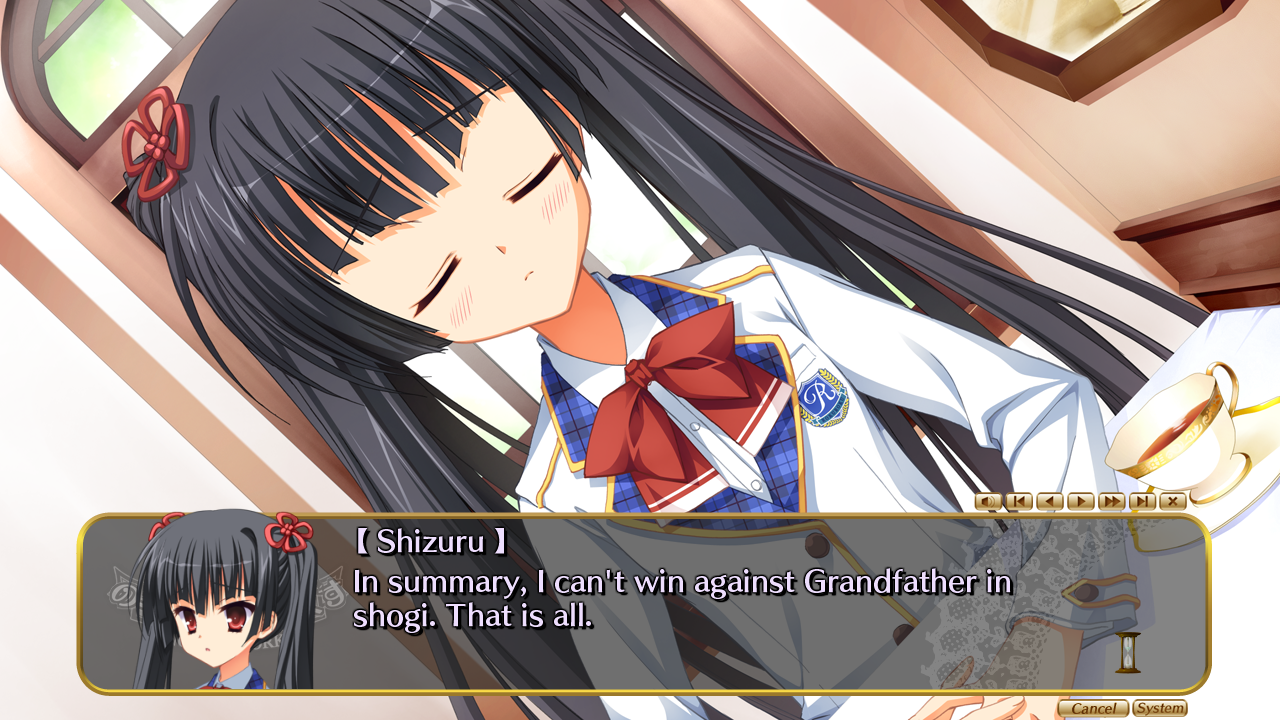 Basically, she doesn't know how to play shogi, so she asks our protagonist for help. You can think of shogi as the Japanese version of 52 Pickup.

The common route gets complicated around this time, so without spoiling too much, I'll skip ahead to alien girl's route. I soon found that this route was a whole lot of plot, a whole of lot shogi, and then a whole lot of "plot." The thing I liked most was how much pee there was.

The following images aren't NSFW, but they're as close as one can get to NSFW without being NSFW. 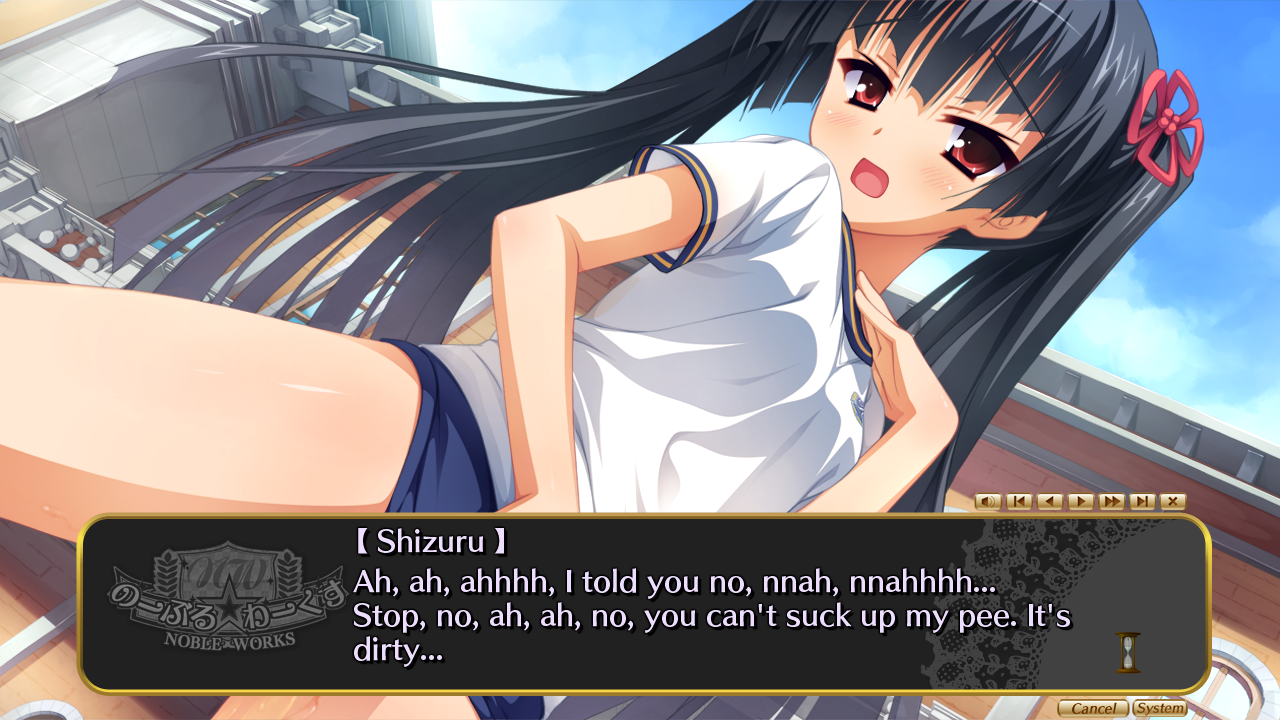 Indeed, by my count, they didn't technically have the sexorz until the fourth H-scene. But urine for a treat, because there's plenty of pee to sustain you until then.

And when it's finally time for them to do the sexorz, they get into this super-advanced position. Noble Works knows what his girl wants. 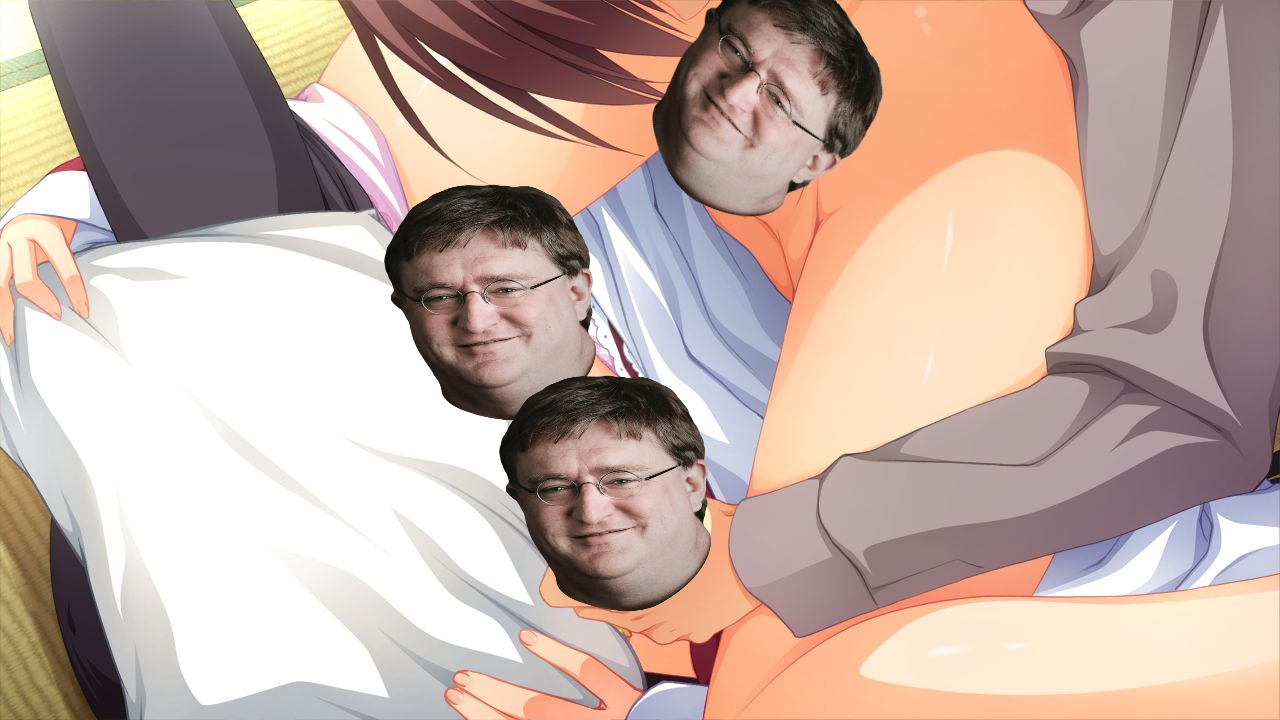 Oh, and then there's pee. 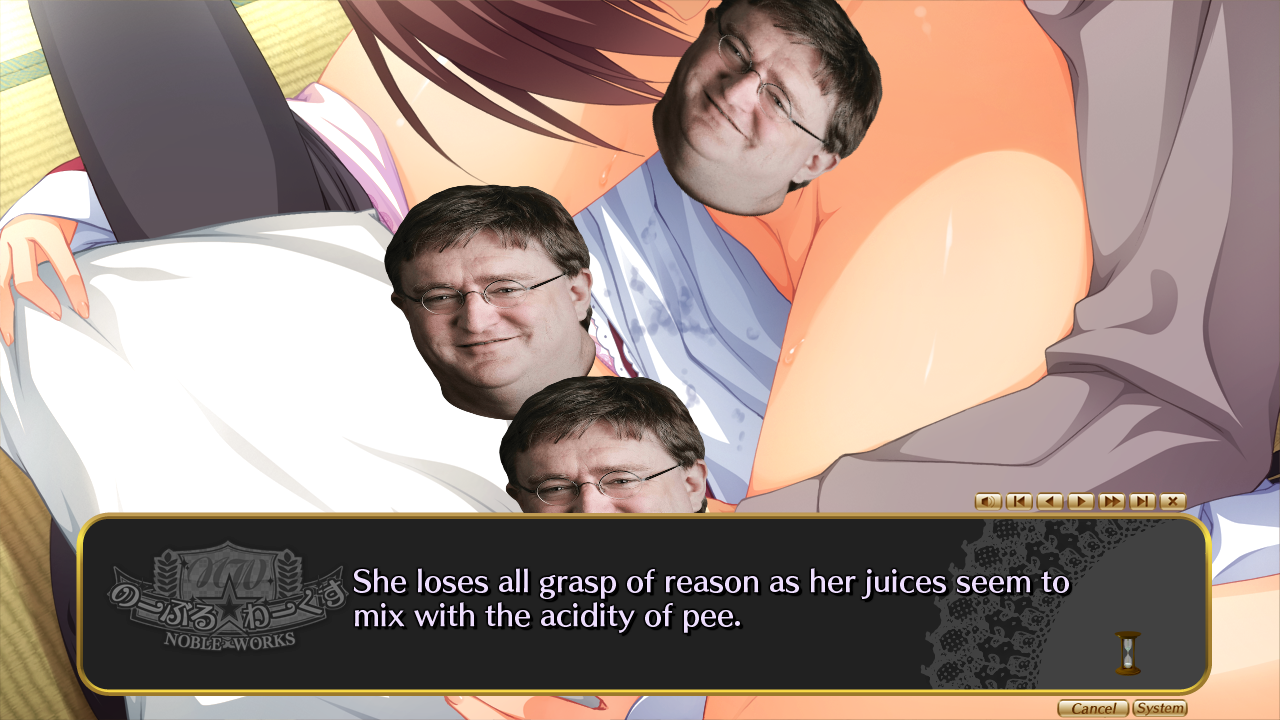 Gee, that's longer than Infinite Jest, one of the longest novels ever written. I wonder what it says about our society when some degenerates will dedicate more time to a game about pee fetishes than David Foster Wallace's classics.