This review was written by Dergonu

Majo to Tsurugi to Sen no Tsuki

Majo to Tsurugi to Sen no Tsuki is the newest game in Kai's mahou shoujo series.
(There is no need to play the two previous games in order to follow the story in this one. I personally did not, and understood everything just fine. The game does a very good job of explaining everything that happened in previous games properly for new readers. Of course, reading a general summary of the two previous games will help a bit with comprehending certain things.)

The game takes place in a world where evil beings called Circulars are trying to exterminate humanity and take over the world. The Magus Order, an organization training magicians to fight these beings, stands as the last bastion between the monsters and the fall of humanity.
After the events that took place in the previous game, the Circulars were thought to be nearly defeated. However, it is clear that the war is far from over, as they begin to evolve into a new form referred to as the Evilsed.  A being calling itself Beelzebub has taken command over the Evilised, and aims to destroy humanity once and for all.
In addition, The Magus Order has now lost their most powerful fighter, Ren, as his body got infected by the Circulars, and the order was pushed into making a drastic decision. In their desperation, they created Rei, a homunculus made specifically for fighting the Evilised, harboring one part of Ren's powerful soul, while Ren himself is kept in stasis to prevent the Circulars from completely taking over his body. Rei now has to fight in order to defeat the Evilised, even though she knows this will mean she has to give up her soul again once the fight is over, leading to her vanishing forever. 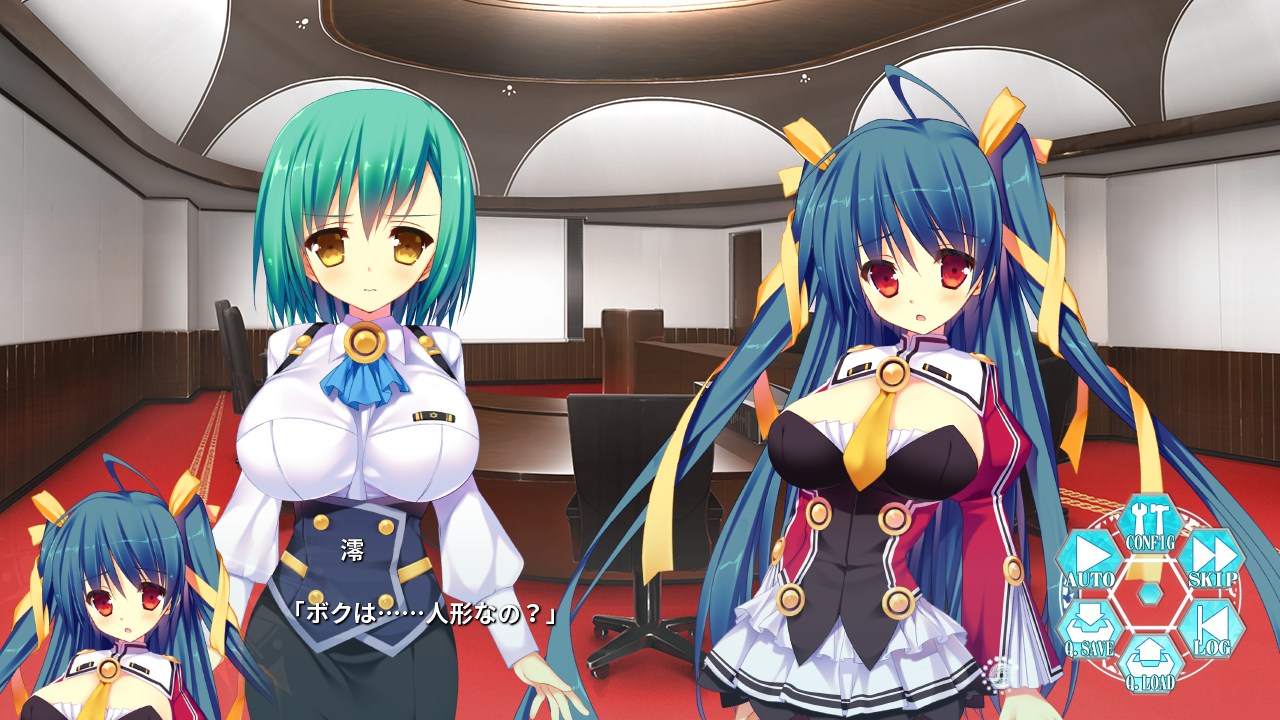 Despite being a nukige at its core, Majo to Tsurugi to Sen no Tsuki has so much more to offer than what one might think. I almost feel bad calling it a nukige, as it feels like something else entirely when you play the story and the good endings. I think that if you are going to play this game, you have to go into it with the mentality that this is a serious story, not "just a nukige". Your ability to take the story seriously will in the end determine how much you enjoy what the game has to offer.
You can essentially separate the game into two entities, the bad endings where the nukige element resides, and the good endings and true end, where the story and everything else lies. In fact, among the game's 59 H-scenes, I believe only about 7-8 of those actually happen as canon scenes in the good endings. The rest is all in extra content/ the bad ends. (Basically, the good ends has a fairly standard amount of H-scenes, and most of the CGs etc in these endings are story related.) 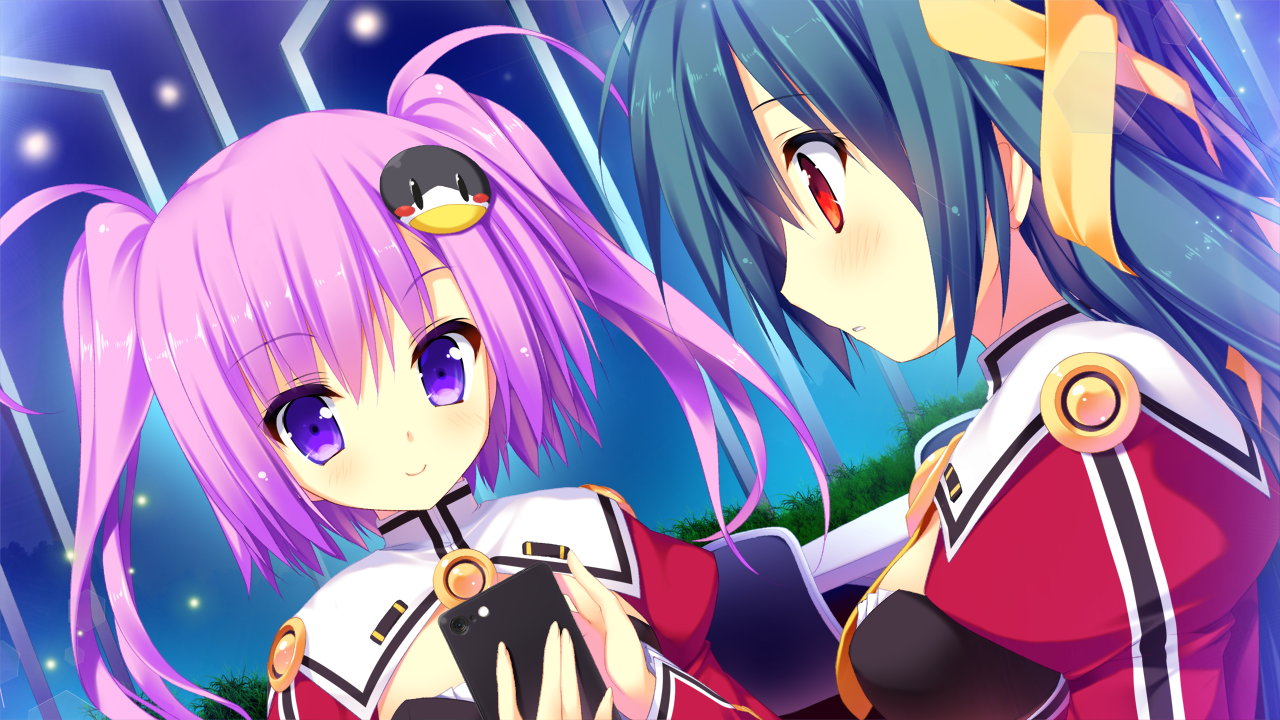 The combat scenes in the game gets better as the game goes on. I felt like they were a bit underwhelming in the beginning, with a lot of scenes being rather similar, and a lack of CGs/ effects made them a bit boring. Things really start to pick up once you get into the story though, and towards the end they really dipped into the budget to craft tons of CGs and such that make the scenes much more impactful. I think the VN has a little bit of a slow start, which is a shame, but as long as you stick with it, there is tons of cool stuff to come throughout the game. 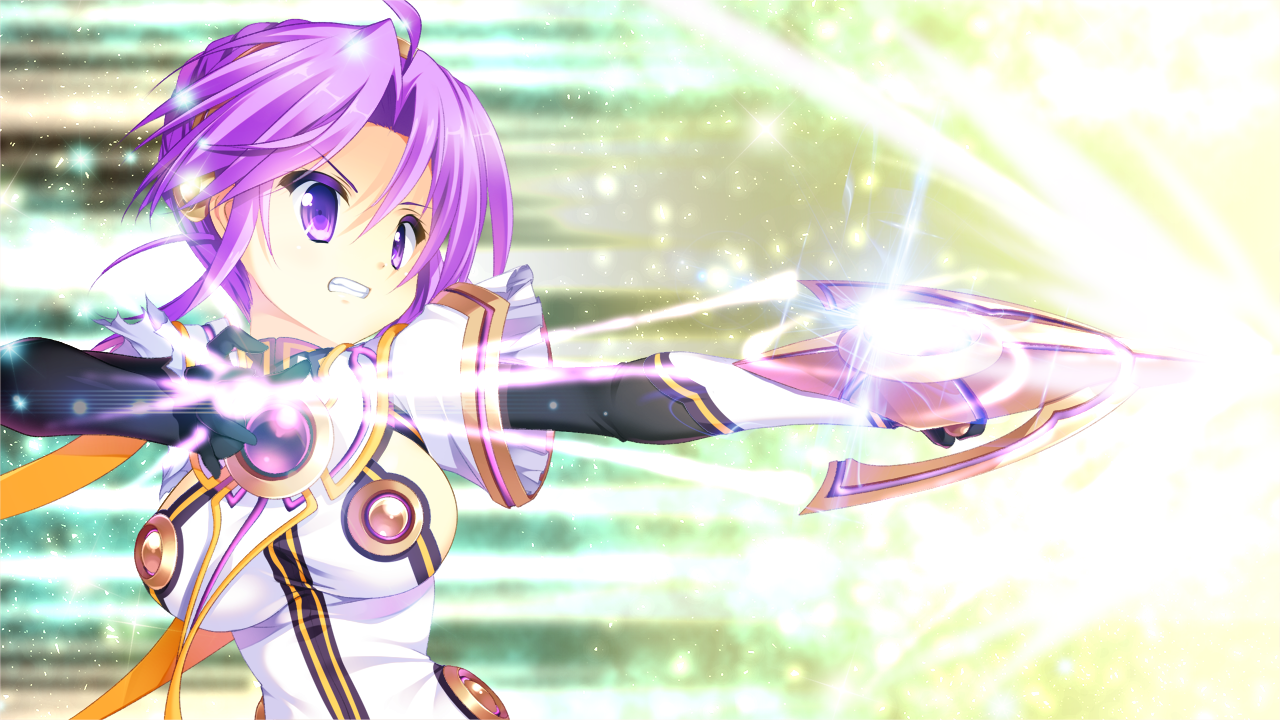 The game has a whole bunch of choices, although they don't branch off into routes. Instead you are given 2 options, 1 of which leads further into the story, and 1 that will bring you to a bad ending. Avoiding the bad endings will allow you to follow the story all the way through the good ends, and finally into the true ending. (Something I personally recommend doing right away if you are going to play the game.) In order to unlock the true end however, you must complete the 2 other good endings first, as these will unlock new choices for you through the story which will allow you to make alternate decisions and move the story into another direction entirely. It is quite a cool system, actually. Also, what choices leads to bad endings will usually be quite obvious if you just take a second to think about the situation, and the possible repercussions of your actions. 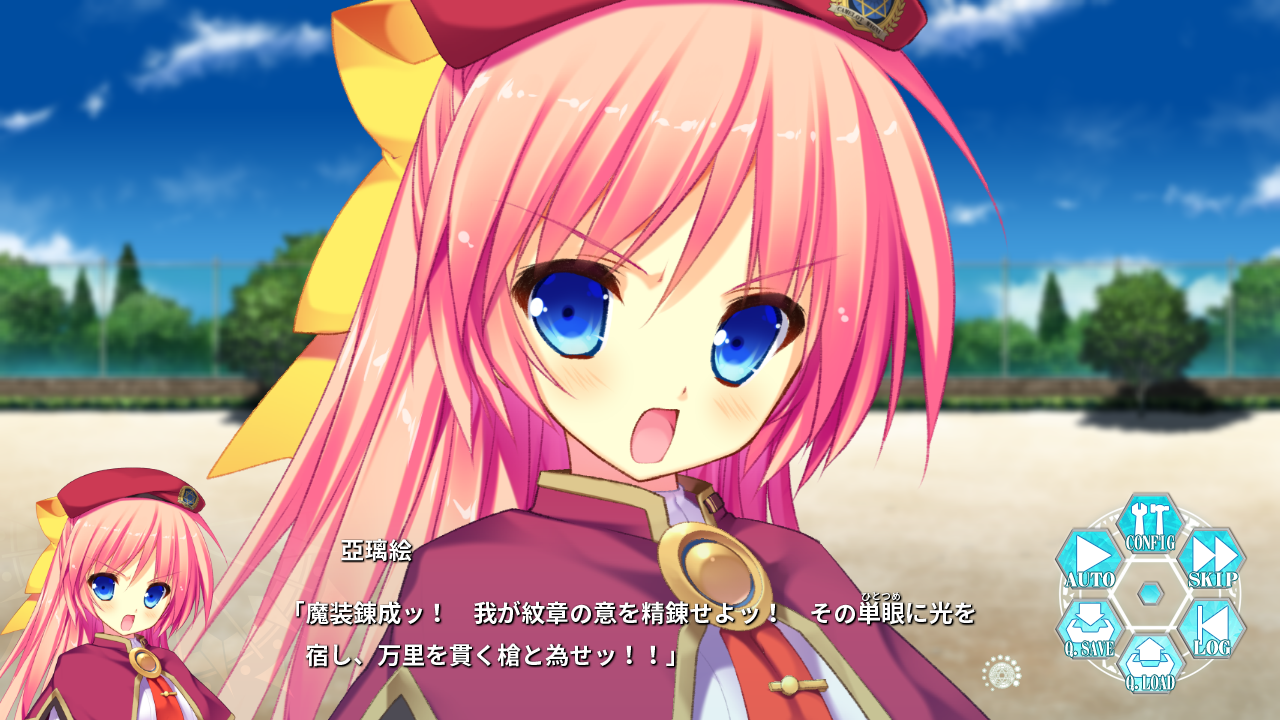 All the girls have their own chant, and their own powers. Besides being able to use magic to fly, and increase their physical capabilities, they all wield their own Artifact that gives them unique abilities. This is obviously no chuunige, so everything is rather simplistic, but I still thought it was cool seeing the different powers the characters have, and how the powers reflect their personalities and fighting styles.

I was a little bit dissapointed that only two of the characters gets a full transformation scene, though.

Overall, Majo to Tsurugi to Sen no Tsuki is probably the best nukige I have ever played. It's rare that I can say with a straight face that I played a nukige for its story, but that is legit what happened here.

If you think the setting sounds interesting, but the fact that it is a nukige makes you a bit uncertain whether or not you should try it, I say give it a shot. You will be able to tell rather early on whether or not you will be capable of taking the story seriously.
This might not be a masterpiece, but it is a very entertaining VN that has lots of cool stuff going for it.