Since this week had no noteworthy progress being made, I decided to do this instead of a regular update and splitting percentages.

Let’s talk about release dates. Note that these are only estimation based on pure calculations and logic and will not be final nor necessary truthful under any circumstances.

As I’ve stated before, I would’ve fancied this project finishing before end of the year. Now, I’m sure the editing and QC will finish before that, but I’m not so sure about the proofreading. It could be at 75% at most, but in all seriousness, that’s as far as it’s going to get, I’m afraid.

So, according to my estimations, Biman -1- will most likely release in mid to late January, most likely.

As much as I’d want for the translation to finish in 2016, I do think such an event is rather unlikely.

If all goes well, the translation should finish around at the same time as Biman -1- releases.

As for the full release, probably mid-year or sooner, but that’s a really rough estimation, so don’t quote me on that.

As much as I’d like to start a new project right after Biman -2.5-, I’m most likely going take a short hiatus from translating, so be wary of that.

As for actual, I have a few in mind, but I’ll disclose information from those after these two will be out, in the same time as my hiatus.

My thoughts on Biman -4- 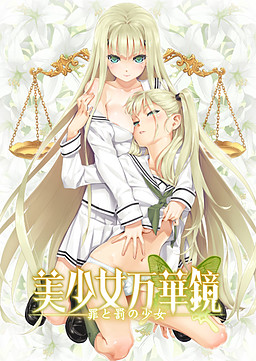 As you may or may not know, there’s a new Biman game on the horizon, and I’m quite excited for it.

It’ll be a game with a trap protagonist and it’s been a pretty long time since I played a Trap VN, but it’ll be a very nice change of pace from what I’ve been reading recently. As for the whole story, I’m more or less expecting something along the lines of the first Biman with some kind of S/M relationship.

As for the name, it does set some nice undertones it might have, a rough translation being “A Girl’s Crime and Punishment”.

At this point, there’s really quite little I can speculate about, but I do wish for something more akin to the first game in the series, but we’ll have to wait and see, and I hope it doesn’t try to be too many things at once and just fall flat on its arse.

As for translating it, well, it’s a possibility and I’ll leave it at that.

See you next week, everyone.