Truly, I am sorry.

The last update was three weeks ago, and in that period of time, I’ve had a bunch of things happen to me, both good and bad. 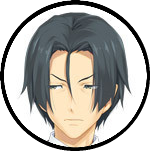 First up, I was facing a little bit of an identity crisis after two, three years of nothing of the sort. Now, this was quite big, which did block my progress for a while, but I still got some done and posted an update that week. The after-shocks, however, did ripple for a bit longer.

Worry not, I’m all over it, and a better person due to it, but that did happen and did chip at my motivation to both translate and to make updates. I don’t have a habit of having these crises, but nonetheless, I hope I have your understanding.

I had my 18th birthday party celebrated by my most close and loved ones, as you may have seen from my Twitter, and that did somewhat chop off my attempts at translating and making updates.

Otherwise, it was quite nice. I saw some relatives I haven’t seen for a long time, as well as my closest friend. All in all, it was very nice.

Now that we’ve done with the reasons for my absence, let’s go to the project updates.

As for BIman1, past these weeks, the progress’s been good and steady as always. There was a miscalculation on my part in the previous update, so I apologise for that.

Anyways, there has been a decent amount of progress nonetheless and everyone on the team has been quite busy, so fear not.

On to a more pressing part of the projects.

As I stated above, I’m sad to say, but I was lacking the dedication, motivation, and the time to translate almost at all in these past weeks as well as school getting respectably harder as weeks passed on

Now, I have gotten some of my motivation back a bit, but the progress can be a bit slower than before, but I will keep translating, so do not worry, it’ll just be a slower phase for a while.

Thank you for understanding.