The final week before the big reveal, pretty exciting. Anyways, as I said last week, all the different kinds progress would continue stronger the next week, and so it did. Editing’s now at 85%, meaning only 15 percent remains, and it might be very likely that we’ll reach 100% on editing and perhaps also on QC, but that might not happen, so don’t count my word on it, in either case. After those, only proofreading the whole thing remains and then injecting the translation in the scripts, which might take a while, but if all goes accordingly, the full patch should land for all of you to download before the year ends.

Now, onto the secret project. Translating’s going good, though school and exams are somewhat slowing the progress down, but TLC has begun on it, and is going on a steady, but a fast pace. Editing on it will start only when the TLC is finished completely, so keep that in mind. 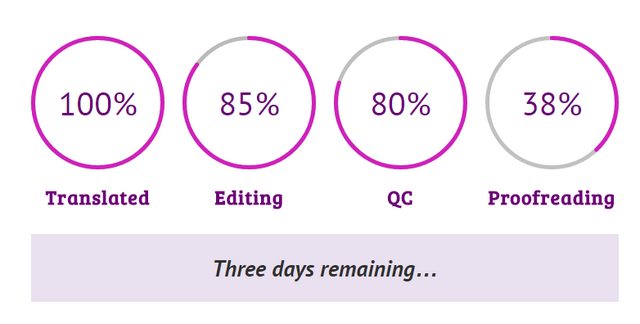