Hello everyone, Aizen-Sama here. I’ve been only around this community and forums for around 6 months by now, and even though I may not be the most knowledgeable when it comes to VN’s in general, I think that I possess enough knowledge about the translation scene. That’s right, today I’m not writing a post about Luna Translations, but one about my opinion on the translation scene, translation groups, and the community revolving them.

Let us establish how this community and market actually exist in the first place. Piracy and fan translating, they are both mutually exclusive to each other and they are the foundations of what we consider as the “western visual novel community”.

After some years where piracy slowly started to decrease and official releases started to be a thing I can safely assume that there are three types of people now, one who will support every single game localization and buy the Visual Novels instead of pirating them, one who will pirate everything and anything, or one that will mix between these two because either there is no other access to the game in Japanese to apply the English patch (in other words, you can’t buy the game legally because the Japanese market is already a very difficult place to access with Western VPN’s, mostly because Japanese publishers block them to not let people outside Japan buy these games online, which is usually the only way to get them in the first place) or the individual simply doesn’t support some releases or companies that release VN’s in particular (I’ll set people that want to buy legally a game with a fan-translated patch but can’t do it, so they have to pirate the VN even if they don’t want to as an example).

This last example leads to another concerning issue, the relationship between translation groups and the community itself. It’s partly human nature; when a group establishes itself and releases a patch (no matter whether it’s full or partial) we automatically create what is called a “power level” between these two types of people, the users that translate and work on translating games in one way or another (editing, QC’ing, etc…) and the users that simply play the releases made by the first ones.

This so called “power level” is what should be avoided at all costs, sometimes the community must remember that the people that belong to translation groups (whether they are official or not) are part of the community as well, and have their own stances and way of doing things.

Those “power levels” are automatically made, and they are the primary reason of this community’s fragmentation into several “sub-communities”, which is a problem mainly for the translation groups. What I’m trying to say here is that what is constantly happening right now is that what this “power division” has made is to categorize groups by number of patches released (the more they have released the more praised they are) and that has ultimately lead to two things; groups distancing themselves from the community, which is a very bad thing for both of the parties involved, and groups distancing from each other.

What I mean by this last statement is that there is no communication between teams, which leads to what is happening in the actual society that we live in: the individualization of people (Tl-teams in this case). But regarding that aspect, some groups have managed to find a solution to this matter. Let’s put @Arcadeotic's (Euphemic Translation) and @oystein's (Elevator TL) groups for example; both of them have found a way to make the community feel closer to their groups thanks to their “Public Discord Server Policy” (that’s how I call it) and both of them are in the TL Leaders Discord Server (basically a group to try to unite translation teams more, an initiative from Arcadeotic and I). That group has opened my eyes in many aspects regarding team stances towards piracy as well as opinions about the community and it's relation with the Tl teams. This group has also helped me in getting to know people that otherwise I would have never met even if we were active members of this forum and interacted with each other sometimes, like for example Dergonu, Oystein, Kardororororo, and many more.

What I’m ultimately trying to say is that banding together is a rare thing for groups now, and this is the first step to create a community feel again, something that, in my opinion, is being lost little by little and needs to be stopped.

I’ll mention another issue that many people find itchy, and that is the topic of “the sense of entitlement of a loud minority”.

I’d like to make myself very clear about this; I know that there is a silent positive majority, and that compared to the amount of people that complain about things about projects and English patches this majority vastly overcomes the “minority”, but the matter of fact is that this “loud minority” is what gives people that are new to the community a bad impression about it from the start.

I’ll set two examples to demonstrate the last point I mentioned: firstly, I’d like to address the Koiken Otome Project, one that took approximately three years to finish. It’s a topic full of controversy, firstly because people firstly speculated that Flying Pantsu was going to “definitely sell out to the localization companies” and they made a ruckus about it. 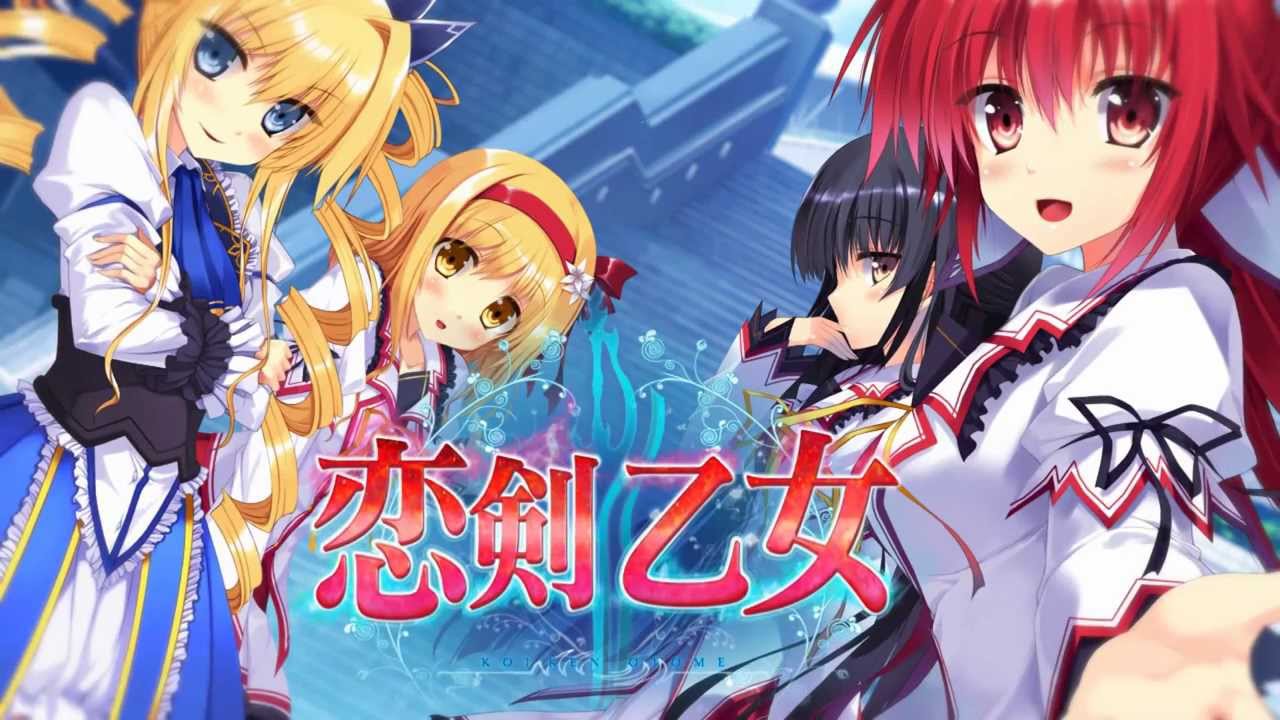 First of all, what if they really “sold out” to one of them? That is, in my opinion, a good thing (primarily because I belong to the “buy everything” type of guy instead of pirating unless it can’t be avoided and tend to support official releases), but mostly because, the fact of the matter is that they spent working on an English patch of a game that contains more than 40K lines three years, and the entire effort is theirs, that means that even if they decided to not release the patch for whatever reason, I would have been totally in favor. Why? Because it’s THEIR work and THEY did it, not the people that feel entitled to have the English patch.

Same goes with the problem that revolved around the time of release. Again, I’ll repeat, the matter of fact is that they could’ve released that patch whenever they wanted because since THEY did the patch, they decide when to release it, simple.

The second example I’ll highlight in this post talks about Shinku Translations and the controversy that revolved around the SakuSaku patch. If you don’t know what happened regarding this project I’ll quickly sum it up: Shinku Translations made a deal with Sekai Project to release the game officially, what ultimately made people who were waiting for a fan-patch very pissed. The comments on their website were mostly full of “sellouts” and “I already bought the game in Japanese, now I’ll have to buy it again, gg boys” and many more that blew my mind. That was the perfect demonstration of the entitlement that people slowly begin to have when a project is close to being finished.

I’ll repeat myself once again, just like Koiken Otome and Flying Pantsu, it was THEIR work, so they had the right to make a deal with Sekai Project and do whatever they wanted to the patch. And, as Akerou explained in one of the comments, it could lead to more titles being localized, which, in my opinion, are good news!

People have to start realizing that sooner or later, the entire scope if not most of the translation scope will shift towards official releases instead of fan-patches.

As a last argument regarding this matter, I’ll mention a couple of YouTube comments that I found in the official OP video of SakuSaku published by Sekai Project’s YouTube channel, they basically said this:

“That's a low punch SP. That's just low. The guy translating it is almost done. If you buy the translation from him and release it in the next 2 months I might forgive you. If you do it less than a month you are forgiven.﻿”

“Well just pirate the release when it comes out. This is one of the cases when piracy is completely justified.﻿”

These two comments are part of the “entitlement problem” that I’ve addressed before, and I hope they highlight what I’ve been trying to tackle (take into account that these comments are just the surface, just look at the ones in Shinku’s page and you’ll get a grasp of what this community broods sometimes).

Last but not least, I’d like to address Fuwanovel as a platform for translation projects and my opinion about it as a Leader of a translation group (in this case, Luna Translations).

Don’t get me wrong when I say that. I love Fuwanovel as a site. It’s one of the principal, if not the main responsible for the appearance of a community that revolves around Visual Novels in general. I love this site, and I appreciate the people that back this site paying monthly (I hope I can do it as well when I get the chance) and the mods for doing their jobs correctly and every other person that supports this site. But, I’d like to tackle the issue of trying to host translation projects in a forum-based website.

I’d like to point out that the system created in Fuwa worked very VERY well at the beginning stages of the creation of this community. Basically, the “Fan Translator Skills” thread and the “Translation Projects” thread were probably very useful and effective back when the community was niche and not a lot of projects and teams crowded the scene (I’m not directing this towards the “Fan TL Discussion” thread, by the way).

But, as a leader of a translation team (and I’m sure that many people will agree with me on this) I just think that Fuwa’s way of hosting projects is not as effective as it was probably two or three years ago.

What I’m trying to say here is that, just like VNDB exists, a platform that focuses solely on helping teams and individuals to work on projects will certainly appear at some point, or at least needs to appear at some point. Summing up, Fuwanovel as a forum focused on the discussion of Visual Novels and the fan translation scene is a very good and positive website, and it’s totally needed for the community to keep growing, but! Fuwanovel (the forums) used as a platform to support projects and teams may have been very effective in the past but not anymore, since now the scope is very broad and more complex compared to when all of this started.

Finally, to close this rant, I’d like to say that if I had to sum up things probably the most important issue would be that the community is losing the sense of being together, and groups, as well as individuals, are distancing themselves from each other, which is something that has to be avoided at all costs. I’ll personally try to do whatever I can about this matter and little by little this problem will hopefully be solved in the future, because together we can do great things.

Let’s try to make the translation world great again, as Trump as it sounds.