I have completed my first vn in Japanese! So proud and shit.

i basically finished this because it hooked me really hard from the beginning. So this is basically some impression from right after I have read it and is still in its "afterglow" this also gives some not very objective opinions.

Although, the art and music is at best, mediocre if you compare it to professional VNs that is, its up there with katawa shoujo and better OEVNs quality wise.

But its not that much about that, its all about the story and oh boy does this have a story for you.

a disclaimer, I love sad stories, I love miserable people like in real life, im drawn to them and this vn gives you a whole cast of miserable and broken beyond repair people that is all tied into the story, while the heroines are tied by the protagonist, some of the others that are playing an important role as well also ties into the whole thing and it gives this really nice net of social relations that is this games solid base for drama and its main core strength.

I went into this thinking that Amane, the main heroine and the main plot point would go full yandere. This was not what I got. I got a mentally ill heroine that the writer does such a great job of making you sympathize with even though she's not really nice, in fact, nobody is nice in this vn, everybody is consumed by their own anger and they basically take it out on people that didnt deserve this, "why did I deserve this?" actually sums the whole vn and its most likely what you'll think all the way through when you're reading it.

In terms of reading difficulty, its not hard, I could make out the sentences while maintaining a decent reading speed with jparser and you should too, there are some minor references to stuff like shake spear and a lot of stuff about rain, but its not written cryptically at all.

Another bad and good point at the same time is the h scenes, trust me, when you meet a mentally unstable heroine like this, its natural for some to initiates sex the way that she does. It would be spoilers to talk about how she do it, but many people would call them oddly placed, which is true for some of them. Also probs to the writer for writing actual h scenes that has something to do with the plot and has good writing compared to most h scenes (nope, you wont find any "my hips are moving on their own" here, a lot of analogies for rain though :^ ) )

Amane and the protagonist had a big fight and she visit his home late at night, when he answers she overrumbles him and tries to have sex with him, at this point, everything is gone to shit and the protagonist just doesnt know how to deal with it all so with nothing to take his anger about the whole situation out on, he grabs amane by the throat and fucks her while strangulating her. At this point she looks at him smiles and begins to talk about her future with him, she begins to describe what kinda kids she wants and what she wanna name then. It was one of the saddest moments I have seen, we see into her very core where she just want to be happy and have a family and you just know that it would never happen.

you really want the waterworks going

Dont read if you:

cant take stuff like bullying, abuse and self harm.

I might translate this when my japanese skills are improved, I feel like I owe it to this VN.

until next time, I love you Amane, I just wanted you to be happy. 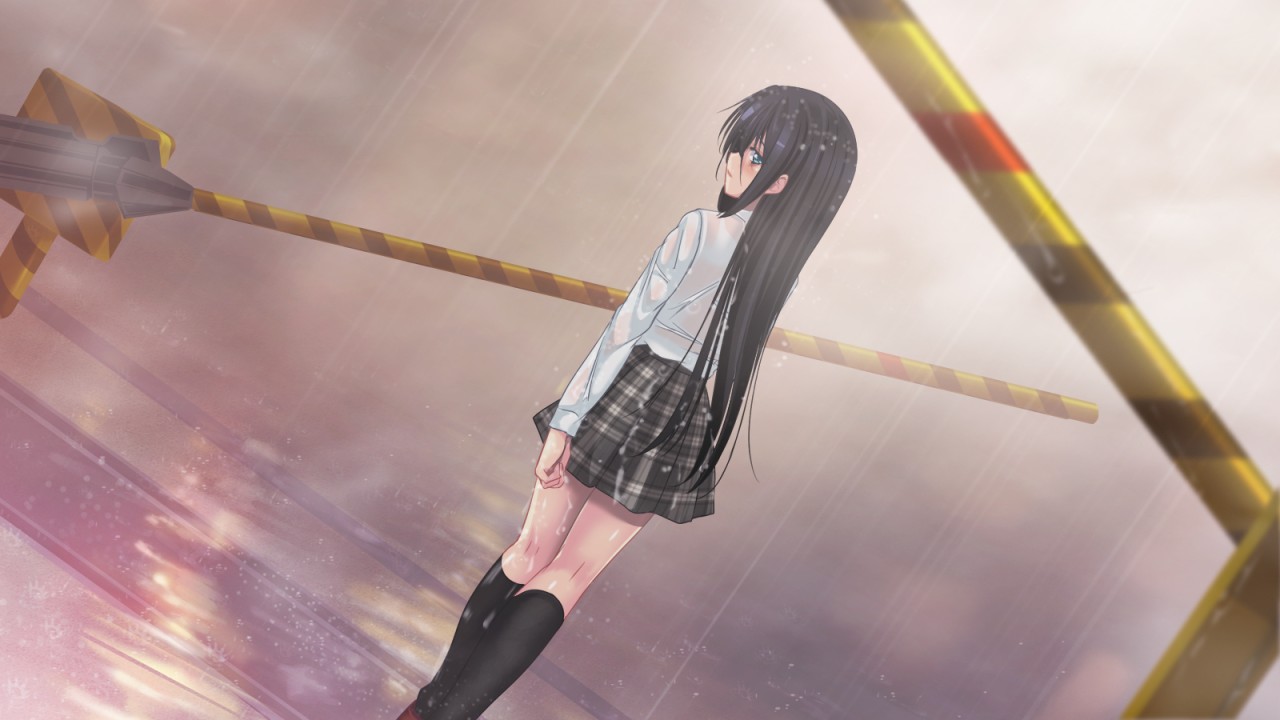